BACK TO ALL OPINION BLOGS
Currently reading: Steve Cropley: Ford's Ranger Raptor is a barrel off road
UP NEXT
Opinion: Why the Festival of the Unexceptional is an annual highlight

Steve Cropley: Ford's Ranger Raptor is a barrel off road

This week, Steve puts the Ford Raptor through its paces in the Cotswolds, worries about the increasingly serious computer chip shortage, and is glad the Bloodhound LSR has found a home at the Coventry Transport Museum.

I couldn’t resist another week at the wheel of a Ranger Raptor. This is easily the most fun among block-of-flats pick-ups, because Ford has very deliberately turned its utility truck into an enthusiast’s car by refining its dynamics and giving it the wildest wheels and suspension going.

Like most of its peers, the Raptor is stable and sturdy, with a comfortably bulletproof cabin and an unusual sense of wellbeing. But the major surprises are good handling, greater damping and accurate steering (I positively enjoy holding it close to Cotswolds walls in tight going). Even its £48k price seems less daft when you drive it.

True, the diesel engine sounds like a vacuum cleaner and even 370lb ft doesn’t make this truck fast. But how great it is to roll along at 70mph with the engine at 1600rpm in 10th gear and the whole thing generating amazingly little road and wind noise, while being ever ready for waist-deep mud. People bang on about the impracticality of the Raptor’s size, but what they forget is that it’s purely a hobby car. Nobody condemns the Caterham Seven for letting in the rain, do they?

This computer chip shortage is getting serious for car makers and buyers alike. Among volume brands, the only one that sounds like it can cope is Toyota, and the view of sundry wise pundits seems to be that “this thing won’t be solved in the short term”. All of which means that if you want a new car, you had better buy it now and be flexible enough to buy a demonstrator or from stock. This doesn’t faze me and the Steering Committee: we’ve never waited for a car in our lives.

Don’t pay too much, though. The sales message is rapidly changing from “Buy this one and we will make it worth your while” to “We can deliver now, but obviously there will be a charge”. In the past year or two, there has been a fashion for believing that we live in an era of no-haggle pricing. But I reckon that we might soon be back to paying premiums for the cars we really want.

I’m so glad to hear that Bloodhound LSR, the supersonic land speed record car that has stalled for want of sustaining cash, has found a new home alongside its predecessors, Thrust II and Thrust SSC, at the Coventry Transport Museum. It’s a relief: the last time the project approached a financial precipice, the car came within a day or two of being cut for scrap, before being rescued at the last minute by benefactor Ian Warhurst. He subsequently took it to South Africa for a successful 628mph shakedown, but he has reached his limit and so is now stepping back. 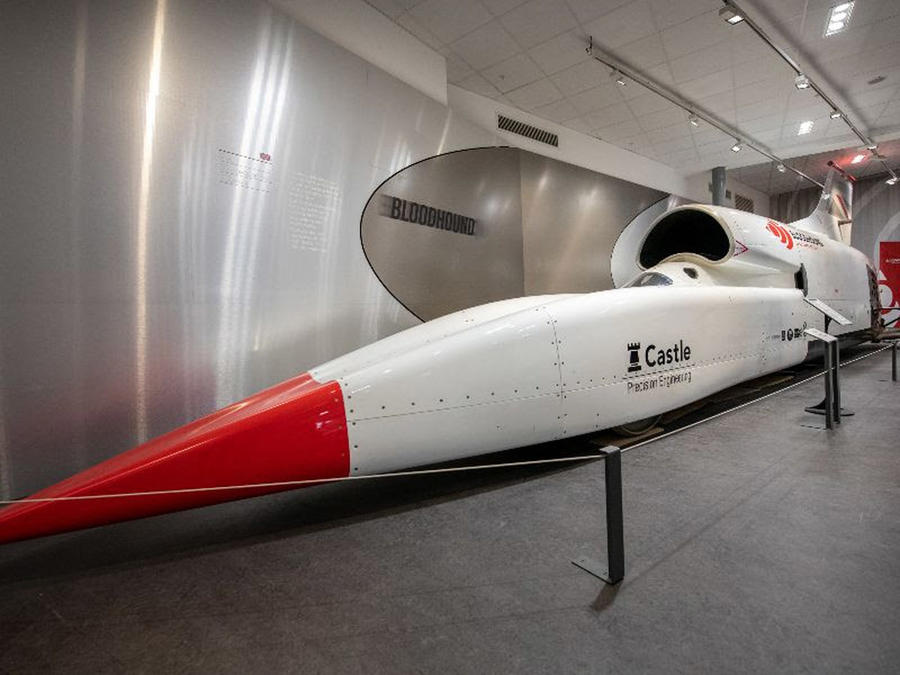 Bloodhound’s head of engineering operations, Stuart Edmondson, has taken over and says the search for backers goes on. There’s talk of several high-net-worth individuals entering the frame but nothing concrete yet. Still, project insiders insist that there are grounds for optimism.

Our meeting with Aston Martin boss Tobias Moers took a fascinating turn when we started discussing the future role of low- or zero-carbon fuels for cars with piston engines. I fully expected Moers to embrace them as a handy (and great-sounding) alternative to batteries and electric motors; rival supercar makers certainly have done. But according to him, we have to be “really careful” about embracing synthetic fuels as an automotive solution. It’s not obvious that it will be 100% carbon-free, he said, and in any case, using agricultural land to make fuel in an era of rising population is far from ideal. Besides, if there’s going to be synthetic fuel, he pointed out, the aircraft industry will need it more.

This excellent book by Steven Parissien never fails me when I need things putting into context. I reckon it’s because Parissien is a cultural and an architectural historian, not just a car man. Published in 2013, it’s one of a couple of dozen volumes that I keep close.

"Impracticality of the Raptor's size" um what?? It's a Ranger we're talking about here, not a 350 dually...

si73 26 May 2021
@Bob Cat Brian, I'd guess the book is The Life of the Automobile: The Complete History of the Motor Car as that seems the right context and publishing date.
scrap 26 May 2021

Hate to say it, but what has Bloodhound actually achieved? Nice of Coventry Motor Museum to look after it I suppose, but I'm not sure it earns its place in history.