BACK TO ALL OPINION BLOGS
Currently reading: Should the Nissan Qashqai be considered one of 'the greats'?
UP NEXT
Inside the industry: Why it's time for another Alfa Romeo reboot

Should the Nissan Qashqai be considered one of 'the greats'?

Here’s a question for you to mull on: could the Nissan Qashqai be one of the greatest British cars ever? Now, before you hurl your cup of tea at the screen, let me explain.

Of course, it’s not as revolutionary and entertaining as, say, the original Mini or as glamorous and desirable as the Jaguar E-Type, but in terms of its impact on the automotive landscape, it arguably knocks these two icons into a cocked hat. I mean, just look at the evidence.

Since its launch in 2007, the Qashqai has been a perennial presence in the UK top 10 sellers list and globally has racked up well over 3.5 million sales and counting (the Mini managed 5.5m, but over a nearly 50-year production run). Out on British roads, the Nissan is as familiar a sight as traffic lights or double yellow lines.

And there’s more. Despite its Japanese badge, the Qashqai has as much British content as a Melton Mowbray pork pie. Not only is it built at Nissan’s plant in Sunderland, but the All-electrified 2021 majority of the engineering for the original and its 2014 replacement was carried out at the firm’s technical facility at Cranfield as well, and the final design work was signed off at its styling studios in Paddington, London. 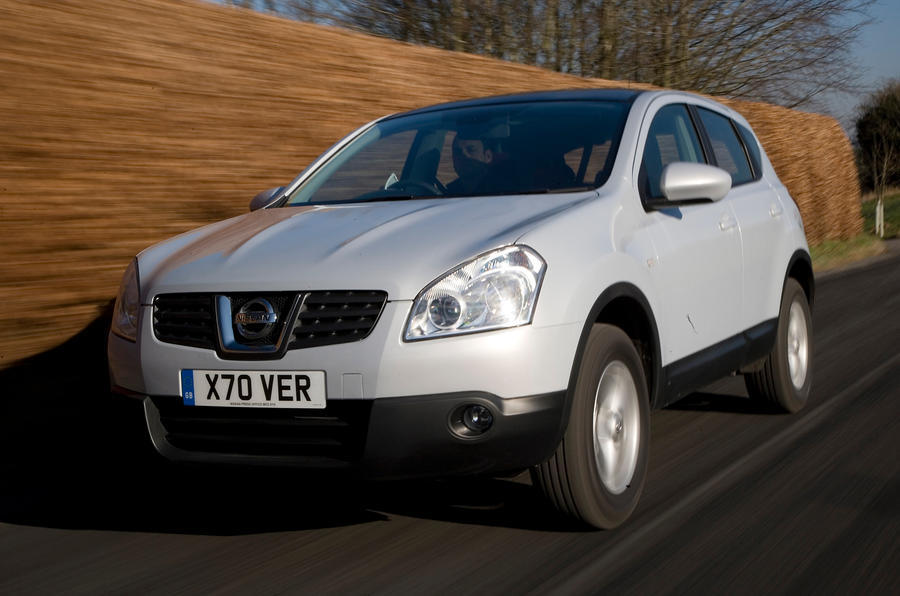 Then there’s its influence. Imitation is the sincerest form of flattery and all that, and in the past decade or so, the Nissan has spawned a multitude of compact crossover copycat rivals (more than 20 at the last count) all hoping to cash in on the Qashqai’s success. Yet despite the increased competition, it remains the sales charts’ top dog. In so many ways, the Nissan is a four-wheeled phenomenon.

No, it’s not as sharp to drive as a traditional family hatch, or as efficient because of its bluff aerodynamics and hefty kerb weight. You could also accuse it of being no more practical or versatile, despite the lifestyle message that loudly accompanies each example. Yet these accusations could be aimed at any of its rivals. Crucially, its loyal and plentiful buyers don’t seem to give a fig, and we all know that the customer is always right.

So like it or loathe it, there’s no doubting the Qashqai’s incredible success. Traditional enthusiasts may not fully understand the staggering popularity of crossovers, but as the wraps are pulled off the latest, third-generation machine, we should all doff our caps and acknowledge that perhaps the Nissan should be allowed to stake its claim to greatness.

Log in or register to post comments
Ezra 18 February 2021
For all the reasons mentioned...its a great British car. We've had a couple and they've done an excellent job of everything asked of them. They're not the last word in design, power, driver involvement, etc and the N'ring time would be a tad slow but.....so what? These things are not what the vast majority of folks who buy a Qashqai require.
Overdrive 19 February 2021

The Qashqai is not a British car. It may be built in the UK, but it is conceived, designed, engineered  and owned by Nissan. The Land Rover Discovery and the new Defender are built in Slovakia, but you wouldn't consider them Slovakian cars, would you? ....or maybe you would!

A successful car is not necessarily a great car, as the Qashqai proves. See also Toyota Corolla.

5cylinder 18 February 2021
I know it ended up defining a market segment, but I always found it incredibly bland. Especially the 1st gen model.
I'm not really a fan of this type of vehicle, but other manufacturers manage to make their Qashqai competitors look so much more interesting imo.
View all comments (4)