BACK TO ALL OPINION BLOGS
Currently reading: The new McLaren Speedtail isn't fast enough
UP NEXT
Opinion: historic racer David Tomlin like a phoenix from the flames

I have only one question about the new McLaren Speedtail’s 250mph top speed: why is it so low?

Now, I’m not pretending for a moment that 250mph is anything other than seriously fast. But the McLaren F1 was launched in 1992 and did 243mph on 400 fewer horsepower, with top speed so far off the design agenda that it took four years for McLaren to bother finding it out.

The Speedtail’s extra weight will be a factor. Mass has little influence on top speed, other than necessitating more power to achieve it, but it has a great effect on road tyres. Bugatti limits its two-tonne Chiron’s top speed to 261mph for tyre safety reasons, and the Speedtail may be in a similar position. 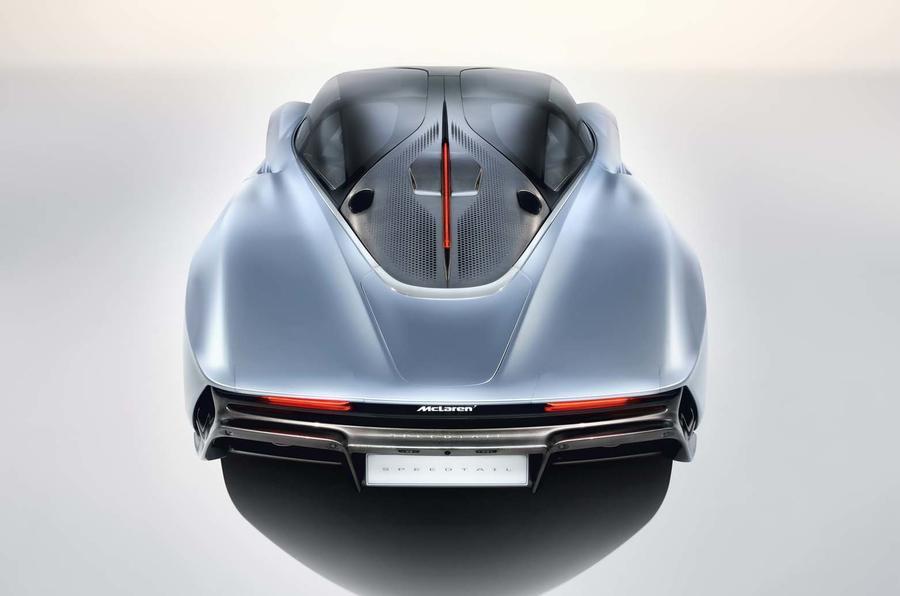 McLaren wants us to believe that keeping it at 250mph is “due to a balance of comfort and tyre capabilities”, according to Ultimate Series vehicle chief Andy Palmer. “We could make something that would go faster, but you’d have to make the car and the tyre sidewalls much stiffer. The vision was to produce a sleek grand tourer”.

That’s a reasonable excuse - and cars such as the Chiron also have the same core values. But it doesn’t change the fact that the Koenigsegg Agera RS recorded an average of 277mph over two runs last year. Let’s not pretend these cars are going to be used as everyday commuters by the majority of lucky buyers - they’re collectors items for many, and occasional thrill-seeking drives for others.

Road tyre limitations won’t stop someone bolting on slicks to see how fast it really goes. If it’s got the gearing, I would hazard a guess at around 270mph. Or maybe it’ll do that already, and McLaren is being modest, prior to smashing the record in public…

Opinion: The new McLaren Speedtail is sure to divide car fans

Seriously, who wants to take a passenger to 250?

Three person layout is great, but McLaren can do much better. The design is only a bleak copy of Koeniggsegg Regera, not attractive at all...

X2 should be produced in 2 ex

X3 should be produced in 3 ex

McLaren-Bmw  i loved. Speedtail world is just embarrasing:) Fugly or what!? By the way my personal opnion is that even the Mercedes Project One should be called Spectre 42. Just copying design threads:) Auch!

Even Frank could have than that one better!

So what?  There's nowhere to

So what?  There's nowhere to go that fast.  On the other hand the ride matters every mile you drive.  The trouble with ride is that there is no easy metric to plug into your data table, which frustrates teenagers and other shallow thinkers who focus on 0-60, the Nurburgring and G-forces hooning round a tarmac circle.  It's like overall writing style is more important than missing a silly misprint in line 1.