BACK TO ALL OPINION BLOGS
Currently reading: How much do car designers think about numberplates?
UP NEXT
Could used be better than new for KTM’s freak four-wheeler?

How much do car designers think about numberplates?

Let’s discuss a feature on cars that isn’t talked about all that much – despite them appearing on every car on the road and having a major visual impact on both front and rear design.

After all, every country demands that cars are fitted with numberplates and, even if the sizes, shapes and colours vary dramatically, the rules generally require them to be stuck in the same area on the front and rear of cars.

Opinion: Is there any acceptable reason to have a personalised numberplate?

Now, numberplates obviously aren’t a new invention. And yet there are plenty of new cars that suggest the designers didn’t consider they’d have to slap a numberplate on the front and back when they sculpted the exterior. It often seems as though there aren't any spare plates lying around design studios to stick on early mock-ups.

That’s why I was surprised when I asked Frank Kruse, exterior designer of the new Volkswagen Touareg, about which bits of the SUV he was particularly proud of. He cited the rear numberplate mount.

“Normally, designers work on the rear and make it beautiful, then late on go: ‘I forgot the plate,’” said Kruse. “Then they have to flatten a panel for the numberplate to be fixed on and it doesn't look right. We decided to work on an elegant solution.”

That elegant solution was disarmingly simple: a large, flat panel just under the rear window. Kruse added: “Numberplate mountings have a fixed radius and size, and the angle of the plate [to avoid reflection] and distance from the lights [that illuminate the plates] is fixed.

“For us, having a flat surface was the best solution to keep it clean – and it can cope with any type and size of numberplate.” 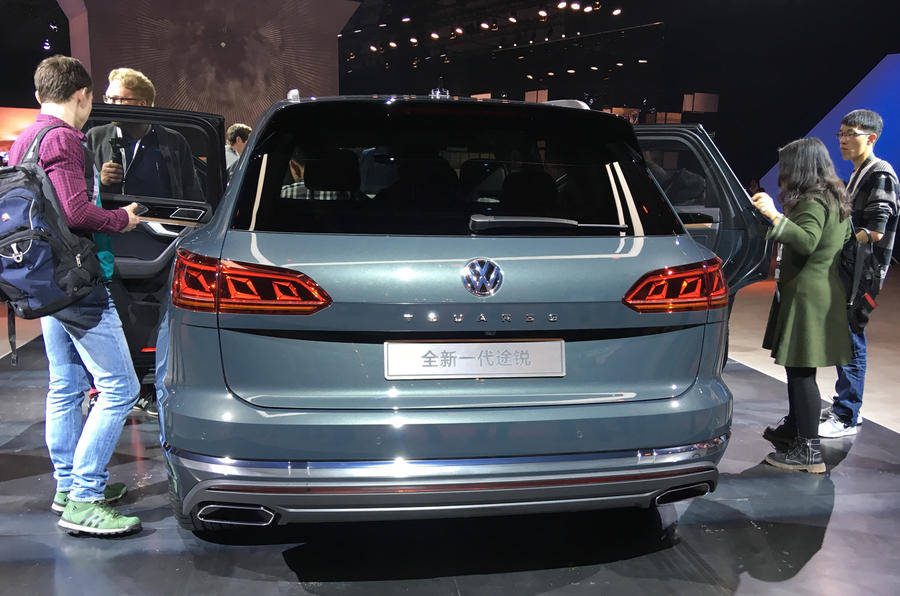 Design, of course, is an individual and subjective thing, so you can form your own opinion on the Touareg’s rear-end design. But, in my entirely non-design-trained view, the numberplate, at worst, doesn’t detract from the sculpting that Kruse’s team has done around the rear.

Of course, there are other solutions; just think of the ‘controversy’ created by the Land Rover Discovery’s retro-inspired offset plate. Or the love-it-or-hate-it plate on the front of the Alfa Romeo Giulia, shoved to one side of the bumper to create room for that low, bold grille. 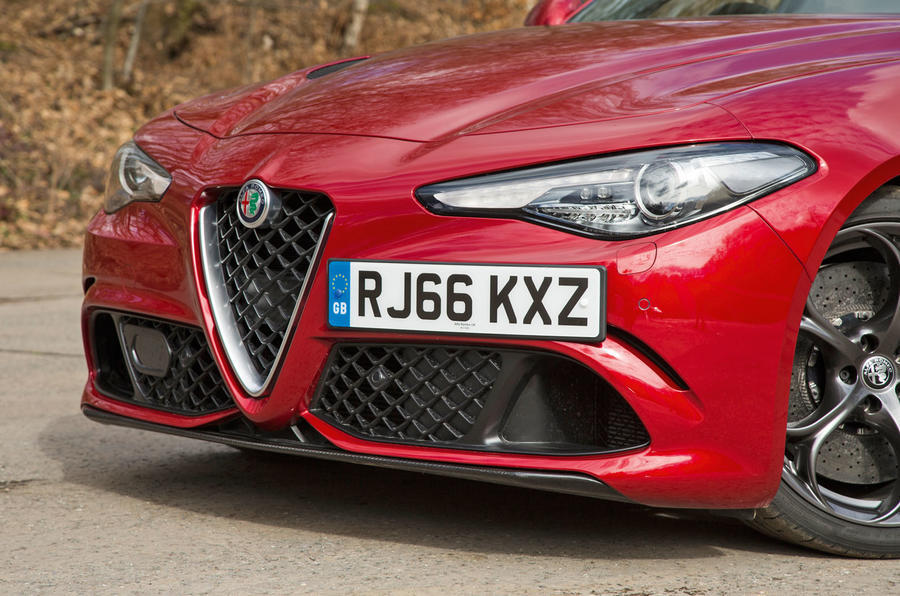 In both cases, the numberplate placement has become as much a talking point as the rest of the car’s design. So what do you reckon is the best solution: create a flat space for the plates or embrace their inevitable visual impact and make them bold design statements? 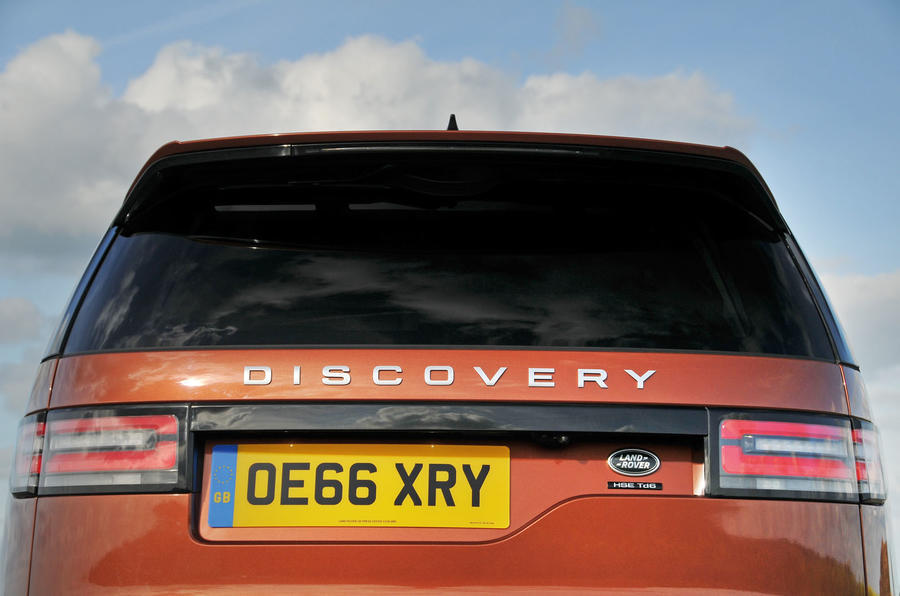 And here’s another question: which car designs do you think have been most impacted – positively or negatively – by numberplates?

Opinion: is there any acceptable reason to have a personalised number plate?

The most expensive number plates sold in the UK

Different Countries have different size shape color plates, so I guess Car makers change plate position size to suit, some are a nod to plate position of days gone by, step forward Landrover, Italy has  small plates so as not to ruin the look of a Car! America has umpteen colours sizes and you can even put your own statement on it!, and with ANPR in the Uk I’m sure we could replace the plate with an imbedded micro chip.....?

Peter can u imagine a witness to a nicked motor trying to tell the rozzer he couldnt read the chip?? never mind the fish lol

To be honest, i dont understand the need for front number plates these days.

Motorbikes dont have them, they are deemed not necessary as cameras film the rear of the bikes/cars, as do following police cars ANPR etc.

Before someone mentions it, yes I am aware of the pedestrian safety issue which killed off motorbike front plates!

The different plate panels on the rear of the European mk1 MX5 and its Japanese/US market Eunos/Miata gives the car a very different look and character from the back, and these days people often seem to interchange them according to their personal preference. The mk1 MX5 is also a car that looks much better without a front plate at all. None of the OEM or adrer market options really do the trick for me.

What about us winter people

As some know - I live in St. Petersburg Russia - one of the most beuatiful cities in the world, but possibly the worst climate to go with it. We have had snow and ice on the road since 14th December 2017 and we STILL have snow and ice on this day 5th April and snow showers forcaste for as late as 10th April. Yes I have proper snow tyres - you know those with NAILS in them :-)) because its a law. Also you have to have clean number plates front and rear and some unhappy rozzer can and do pull you over and ticket you for an illegible number. Dan it man its snowing!! the front is impossible to keep clear, but he gets you for a rear one which is covered in muck rubble and brickshit because designers singularly fail to check out this problem. Amazing considering how many hours they chase about Scandanavia before making them showroom ready. Cant see woood for trees probably - and I cant see the number for shit!

That's why the rear plates on all of their cars are so ridiculously large.

a) That VW rear doesn't look

a) That VW rear doesn't look particularly suitable for US-style i.e. squarer plates. b) You didn't mention the most pathetic excuse by McGovern that the rear of the Discovery looks bad because of the 'wrong type of plate', yep according to McGovern it looks cr@p because number plates without the country strip should be used. You know, the ones nobody uses any more.

My F30 3series has a crappy plastic mount screwed to the front so that the aggressively shaped bumper can be brought to the right angle etc... it’s like the designer worked for the us market and then added the crappy mount to mock the countries that need a front plate. It’s a 3series, I’ll get over it. However, I am appalled that AMs costing 3x as much have also got a crappy plastic mount - an absolute deal breaker for me, I’m afraid.

I agree that the numberplate positioning on the front and rear respectively on these cars is controversial and quite a few of my friends who are not usually interested in cars have commented adversely on both.

I wish Alfa would give up on its retro design language for the front of its cars with that over-long shield grille that displaces the number plate.  It spoils the rest of the styling.  I prefered the previous Alfas where the grille was a smaller equilateral triangle leaving enough space for the plate underneath - much more balanced.

The Discovery's rear styling is just awful.  The offset rear plate on the previous Discoveries 3 & 4 worked well because it was square and part of the asymmetric design of the whole tailgate.  The current one is a half-hearted attempt to hark back to that but just looks like it has been positioned incorrectly.  The sooner it gains a central plate like the Discovery Sport, the better.

I think the positioning of

I think the positioning of the rear plate on the latest Discovery is the least of its problems - a central plate won't do anything about the vehicle's disastrous proportions. I've often thought we should be able to have a much smaller front plate in thiscountry, as long as there's still something  there for all the front facing speed cameras and cctv footage.