BACK TO ALL OPINION BLOGS
Currently reading: AMG one proves that Britannia rules this wave of hypercars
UP NEXT
Opinion: BTCC is the easiest way to see Britain's best driving talents

AMG one proves that Britannia rules this wave of hypercars

Knowing what they now know about the cost and complication of producing 1000bhp hypercars, would either Mercedes-AMG or Aston Martin have originally signed off on their respective projects? I suspect not.

The cost of bringing the Mercedes-AMG One to market has almost certainly been much higher than the investment put into finishing the Aston Martin Valkyrie. The fact that both cars have been heavily delayed (the Aston was meant to arrive in 2018, the AMG in 2019) gives an indication of the issues that both have faced.

In the One’s case, much of that seems to have been down to the near-impossible task that AMG set itself: using a modern Formula 1 powertrain in a road car. The combination of corporate pride and huge engineering spend seems to have finally solved that problem, but the big question is how well the car will suit the everyday world.

Having recently experienced the Aston Martin Valkyrie AMR Pro from the passenger seat, following a ride in a ‘regular’ Valkyrie last year, I’m fairly certain the One’s engine won’t get close to the brain-melting theatre of Aston’s Cosworth-built V12. Or, to put it another way, if it does, something will have gone wrong. 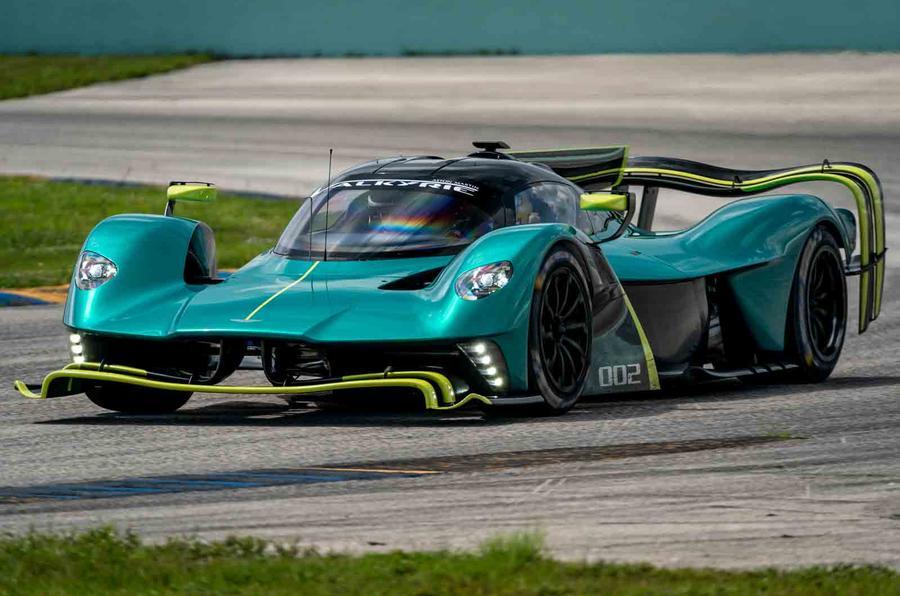 The uncompromising mission of the Valkyrie means that comfort and refinement are towards the bottom of its priority list, whereas AMG has always promised the One will offer more usability for its super-affluent clients.

We should also take some pride in the fact that this unlikely battle is a very British one. The Valkyrie is the combined work of Red Bull Racing, Aston Martin and Cosworth; and, despite its German parentage, much of the work on the One has been done in this country.

With the GMA T50 also created less than 100 miles away, Britannia really does rule this wave of hypercars.

A successful product, cars like this should be seen often,on a main road, not just at a Trackday, and which brands are the most popular in your area?, in my area, the first three are German then Japanese followed by Spanish which are sort of German anyway, this AMG car most of us will never see on the road let alone own one.

Britannia might be doing the legwork, but does so as a serf.

Those ruling the wave are from Germany, Canada, and South Africa.

Britannia really does rule this wave of hypercars.Unfortunately, auto workers unions ruined all prospects of Britannia rule the waves of other types of car. It could have been achieved still with the workers never, never, never shall be slaves.