BACK TO ALL OPINION BLOGS
Currently reading: Virtual racing was booming before lockdown – you just didn't notice
UP NEXT
Opinion: Oulton puts the British Rally Championship on track

Virtual racing was booming before lockdown – you just didn't notice

Covid-19 may have forced broadcasters’ hands, but the popularity of esports was exploding without TV’s help
Share
Open gallery
Close
Share story

As the world of sport went into lockdown along with the rest of us, TV broadcasters understandably scrambled to fill the void left in their schedules.

Racing esports seemed the natural fit: the cars and tracks we all know, (some of) the drivers we recognise, and all possible without stepping outside. After all, a steering wheel and pedals are closer to real driving than moving an on-screen football player with a control pad.

Formula 1 certainly tried to make an impression with its Bahrain Virtual Grand Prix, bringing in a handful of current drivers to lend its test broadcast some legitimacy to fans with no experience of digital racing.

Johnny Herbert gave us all a giggle with his first-corner antics, but connection issues led to the now infamous LandoBot running half the race in place of McLaren’s Lando Norris. The race was held with a handful of driver assists that neither the professional gamers nor the real-world drivers are allowed to use in regular competition, so wasn't even a fair representation of the official F1 esports series.

It’s clearly being treated more as an entertaining distraction, with only five F1 drivers confirmed for the second race out of a field of 20. And a returning Johnny ‘human missile’ Herbert, of course. 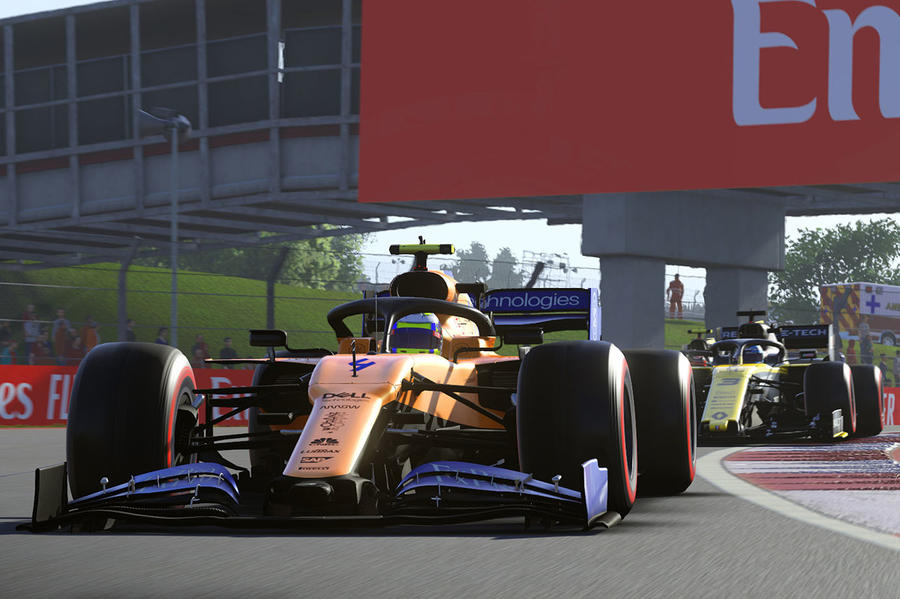 As someone who has watched virtual racing for years now, I wonder whether this halfway house approach will win over fans - and whether they’ll stick around once restrictions lift, the motorsport calendar starts up again and the esports series goes back to online streaming.

I hope they keep tuning in: the racecraft is the same, the overtaking opportunities take just as much timing and precision, and though it’s hard to believe, some of the drivers are even bigger characters than the ones you’ll find in the F1 paddock.

There’s also just as much variety online as there is in reality. Even at nine o’clock on a weekday morning, a quick glance at the most popular games being broadcast live on Twitch – the streaming platform of choice usually dominated by popular shooters like Call of Duty and Fortnite – will show you that iRacing alone is being watched by thousands of viewers. The official F1 2019 game isn't far behind. Endurance racing fans have Assetto Corsa Competizione, the official game of the Blancpain GT championship.

The biggest races see hundreds of thousands tune in, and have been doing for years. The industry went from commentators streaming in their bedrooms to fully staffed studio sets. It’s why the F1 esports broadcasting team could make the transition from web to TV so smoothly - they’ve all had years of practice.

It’s not like esports was some niche that the coronavirus pandemic propelled into the mainstream. And yet it still took Fox Sports by surprise when its eNascar invitational ‘trial run’ broadcast drew a million viewers. Sure, it had more real-world drivers taking part, but it wasn’t watered down to appease a more mainstream audience either. The network will now cover an entire season of virtual races. 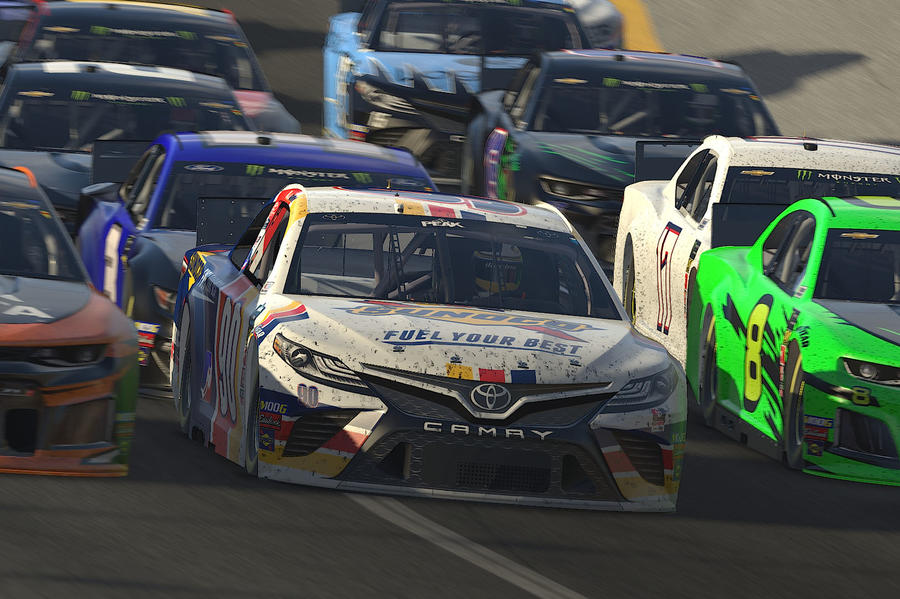 There are always going to be arguments over whether virtual racing is ‘proper racing’ and whether the sim drivers have as much talent as the ones that actually do it for real. Right now, it’s a moot point.

I’ll still be heading to Silverstone, Thruxton and Brands Hatch to watch my local BTCC rounds in person once the racing season begins - but I’ll continue to tune in to all the online action as well.

The real skill comes from the

The real skill comes from the drivers feel of the G's in the seat of their pants and the edge of  the grip through the steering wheel as the angle of lock applied doesn't quite tally with the feeling of change of direction. Top driver are such because they have brains that can compute this natural 'telemetry' quicker than most of us and sit on the edge of what is possible within the laws of physics, consistently and for a protracted period. None of which exists in a computer game. Its pointless.