BACK TO ALL OPINION BLOGS
Currently reading: The return of the racing all-rounders
UP NEXT
Racing lines: the race of Sir Jackie Stewart's life

When Fernando Alonso entered the 2017 Indianapolis 500, it caused a major stir. Not just because the double Formula 1 champion was driving in America’s biggest single-seater race, but because he skipped the Monaco Grand Prix to do so. Even with the blessing of his McLaren team, the idea of an F1 driver missing a race to compete in another category was unthinkable to many.

It wasn’t always that way. Back in 1965, Jim Clark skipped Monaco to tackle the Brickyard with Lotus. He scored the first Indy 500 win for a rear-engined car and still won that year’s F1 championship. Oh, and he also found time that year to take multiple race and class wins in Formula 2 and British Saloon Car Championship events.

In Clark’s era, drivers competing in multiple categories wasn’t unusual. In back-to-back weekends in 1968, Vic Elford won the Monte Carlo Rally and the Daytona 24 Hours. ‘Quick Vic’ also raced in F1 and Nascar during his career and won the first ever rallycross event – in a Porsche 911 borrowed from a showroom.

As motorsport has become ever more complex, more cash has flowed in from car makers and sponsors and calendars have swollen, so the days of drivers regularly competing in multiple categories have faded.

But that doesn’t mean that modern drivers don’t want to compete elsewhere, and in recent years there has been a growing trend of stars stepping back from top categories to try their hand elsewhere.

Kimi Räikkönen left F1 at the end of 2009 – just two years after he won the world title – to spend two years competing (and crashing) in the World Rally Championship and Nascar Truck events, before returning to F1 with Lotus in 2012. 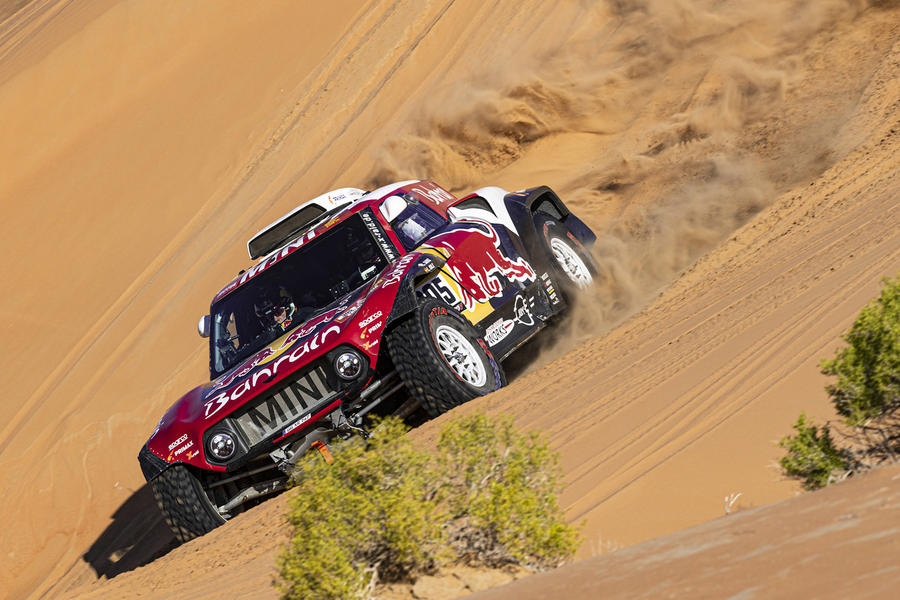 Nine-time World Rally champion Sébastien Loeb stepped back from the WRC full time at the end of 2012 and has since tried touring cars, rallycross and the Dakar Rally, along with limited rally events.

Seven-time Nascar champion Jimmie Johnson will retire from that category at the end of this year but has already signed up for a limited season in the Indycar Series, because he has always fancied trying single-seater racing.

And, of course, there’s Alonso. Having nearly won the Indy 500 in 2017, Alonso quit F1 at the end of the following year, and has since returned to Indy, won Le Mans and the World Endurance Championship with Toyota and entered the Dakar.

Notably, Alonso will return to F1 with Alpine (currently Renault) next season, but he says he has improved by racing elsewhere. “To go to the Dakar Rally and be among the top five was a good surprise,” he said. “To lead the Indy 500 was a surprise to me. You discover yourself as a driver who can adapt to any car, circumstance or category, and you start to harness that for your benefit.”

Frankly, it’s refreshing to see the enthusiasm those drivers (many of whom were struggling to remain competitive) have shown in new disciplines. Ever-improving fitness lets drivers compete at a high level for longer and has proven a boost to both them and those series.

The 1960s-style all-rounder may be gone, but hopefully this trend of stars switching codes later in their careers will grow.

The money is better now and 'ol Nige

Possibly. although as the money has become millions perhaps drivers no longer need to moonlight. I suspect the reason for these particular drivers choices are more to do with their age and "the place they have gotten to in their careers" than a general change. Despite that, Nigel Ernest James Mansell should get a mention as he did win F1 at @39 (1992)/ and Indy Cart in consecutive years at @40 (1993).