BACK TO ALL OPINION BLOGS
Currently reading: Opinion: Max Verstappen’s performance in Brazil was legendary
UP NEXT
Steve Cropley: Likeable Honda E can't get home on the range

They called Michael Schumacher the rain master and, before him, Ayrton Senna was considered to be unbeatable when the heavens opened.

More recently, the ultra-smooth Jenson Button has been labelled as a talent in the wet, but now we have another name to add to the wet weather hall of fame: Max Verstappen.

The 19-year-old’s performance at the weekend's soggy Brazilian Grand Prix showed that he’s not just great at wrestling more than 800bhp of Formula 1 car around a slippery Interlagos, but he’s also brave enough to venture out onto bits of a track his more experienced rivals daren’t sample. 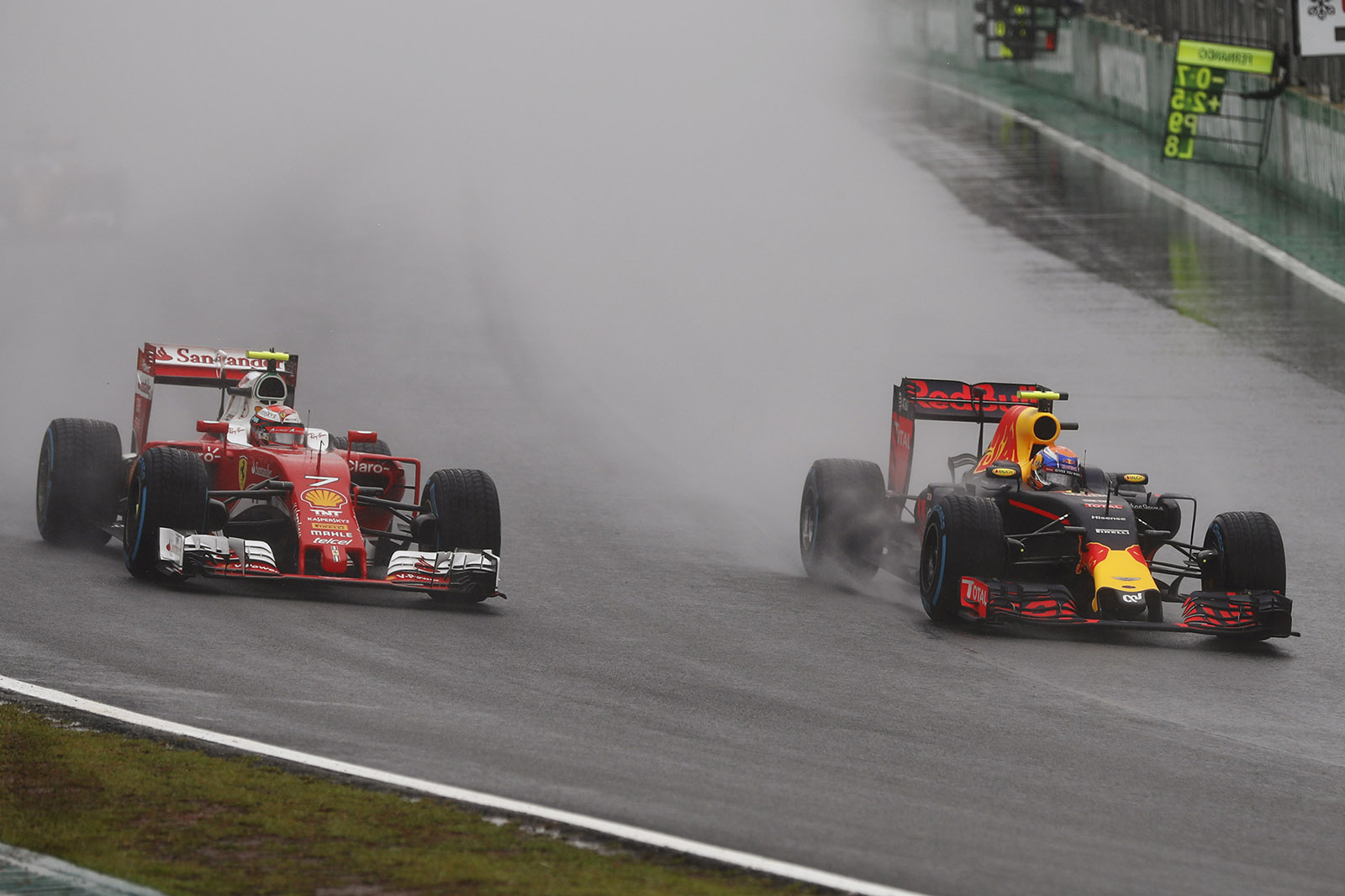 At several points in the race, Verstappen, not interested in the lines of the cars ahead, would run deeper into a corner and off the traditional racing line, using what many call the ‘karting line’ to make use of the less rubbered-in surface and gain more grip. This is something Verstappen was famous for mastering in karts, and despite the vast differences in machinery, he has now shown that it’s something he can master in F1.

Mercedes driver Nico Rosberg spent the opening laps tippy-toeing along the racing line but, while running in third behind him, Verstappen demonstrated the benefits of venturing off line by powering around the outside to steal second place at turn three. This move was brilliant not just because of the circumstances but also because it involved a rookie blasting around the outside of this year’s favourite for the world championship title. 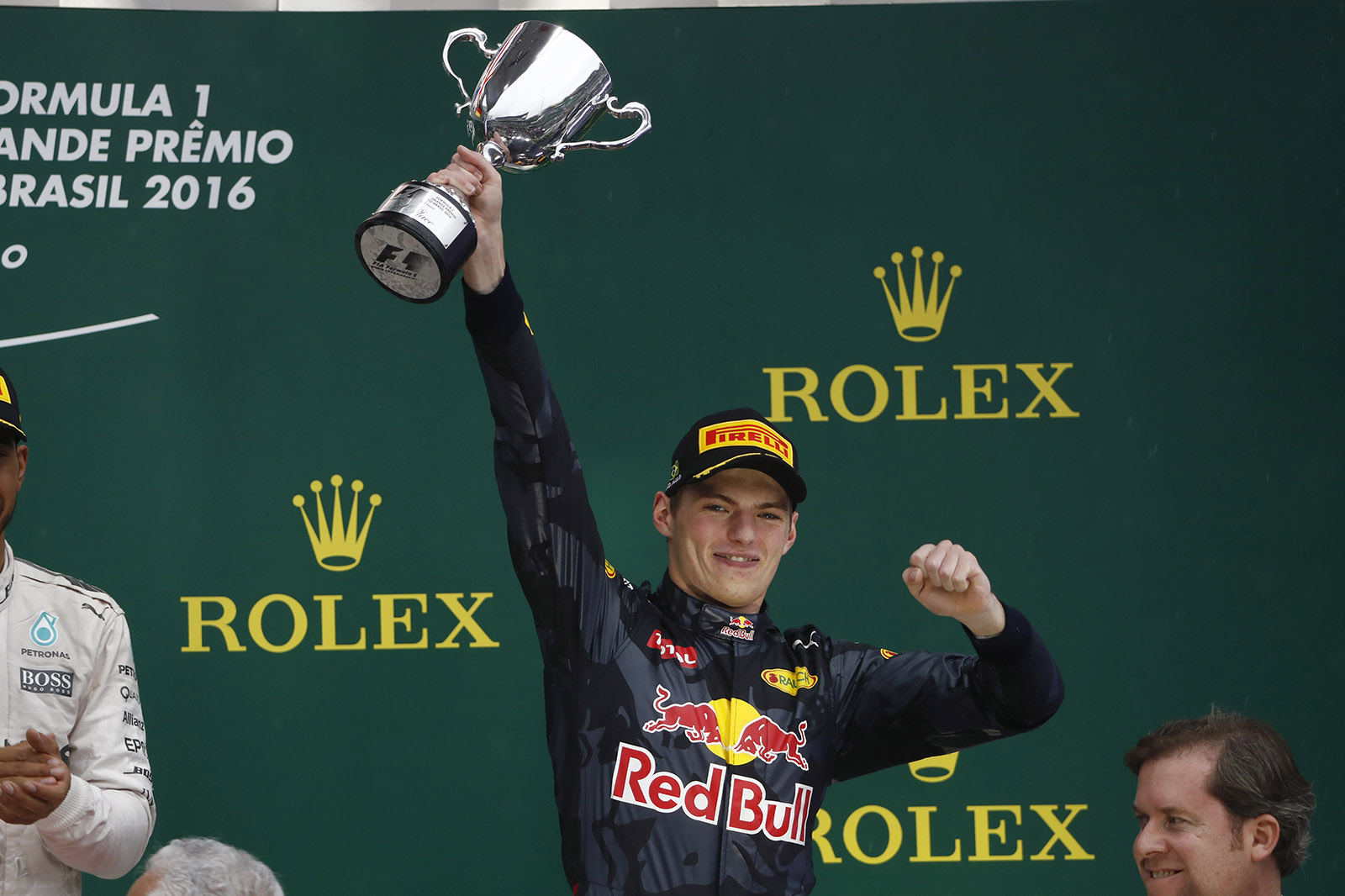 On several more occasions, Verstappen was seen using lines and parts of the track that looked odd on camera but translated into fastest laps. Add this bravery and ability to learn an unpredictable circuit to his supreme race craft, which he used to battle from 14th to third in just 12 laps, and I’d argue that Verstappen's drive was the greatest wet weather performance seen in an F1 race yet. It was a historic moment.

Of course, everybody remembers Ayrton Senna’s magical opening lap at the 1993 European Grand Prix, where he battled his way from fifth to first place in one lap of a rain-affected Donington. Yes, that was an iconic performance, but what Verstappen did yesterday, as cars flew off the track left, right and centre around him, that was nothing short of legendary.

Do you agree? Let us know in the comments below.

How Sebastien Buemi dented my faith in Formula 1

Little praise in the press

14 November 2016
It's a shame that most of the press either overlooked, or only gave a brief mention of, Max's quite simply scintillating performance yesterday. Instead many instead totally focused on Hamilton's win while using words like dominant, masterclass, unrivalled and easy. Yes, he drove great and is a master in the rain but he was out in the front, had better visibility than most and only overtook backmarkers. Verstappen showed that he was easily the best driver in those conditions yesterday, even bettering Lewis. And how he saved trashing his car in to the wall was also staggering too.

14 November 2016
Agree totally. Max has a prodigious talent and, given the right car, is without doubt a future world champion. His boldness is admirable, though he has been ruffling a few feathers because of his assertive and spirited driving. And unlike Lewis Hamilton, I think he has a cooler temperament that holds the prospect of him becoming the complete package..

Given the appalling conditions yesterday, you have to wonder if Rosberg had won pole would he too have prevailed. Rosberg is not the greatest driver, but it seems to me he is playing a cautious game to ensure he minimises risk as he closes in on the world championship.

14 November 2016
Watching yesterdays race reminded me why I used to love this sport so much, yesterday, as crazy as it all was, saw racing for a whole race, there wasn't any fuel saving techniques used, no tyre saving techniques, just a driver, a car and balls as big as an elephants! Hat's off to Max for a fantastic drive, I'm looking forward to seeing him next year after having a full winter in the RB!

14 November 2016
I do agree that Max's drive was talented and very ballsy. I don't think he actually bettered Lewis.

Whereas Max had nothing to lose, Lewis HAD to finish 1st to keep his title chances alive. Lewis could not afford any mistakes, and he drove a faultless race in challenging and changing conditions. He had a season's full of restarts, made no mistakes and made it look easy.

These two yesterday were operating under very different constraints. Two great drives, one had everything to lose, the other had nothing to lose.

All agreed the lines were creative

14 November 2016
But he was on much newer tyres with bigger tread blocks. So not a case of like with like. I think in the commentary they mentioned his tyres had done half the laps of the people he was passing. Even at slow speeds I'm sure he had much more grips. Then there is the car known for its down force...

Would like to see how his lap times on new tyres compares.

14 November 2016
Everybody seems to have forgotten that Max was the only one on fresh and new tires while the rest had been driving their tires for more than 30 laps. Other would not pit in fear of losing valuable track position/points to others but Max had no such problems. He is a good driver but he is also dangerous and goes too far sometimes. Hence why all other drivers don't like him. He is still a kid, and his ego writes checks his driving can't cash (one of these days).

His tires were the same when

16 November 2016
His tires were the same when overtaking Kimi and Nico. His rain skills were picked up in Dutch karting, where no rain tires are allowed during rain sessions and you have to find grip during hard conditions on slicks. He just has the confidence in the car where other drivers don't, and knows to find the limits in any condition. He's been racing ever since he was 5 yo, so he has 14 years of racing experience. Think that says it all.

14 November 2016
Someone who has a bit of a reckless reputation and driving past a nervous world champion elect? Rosberg probably just didn't want to be part of Max's accident!
And 12th to 3rd was on much fresher tyres. It makes a difference.
Senna, however, was on the same tyres at the same stage of the race as everybody else. That was legendary.
Max has potential, but hasn't earned legend status quite yet.

He drove superbly and

14 November 2016
He drove superbly and entertained me but he had a huge tyre advantage over many of the cars he was passing. Having said that, he still had to run the gauntlet of the Brazilian weather, make his moves stick and rescue a few impossible looking slides.

In the context of F1 in 2016 it's easy to categorise his drive as 'legendary' but we're comparing it with a processional tyre/fuel/engine saving method of racing. So, flashes of brilliance like Max's are given greater weighting because we're starved of genuine action most of the time. Proof, if any were needed, that low-grip cars give the most entertainment. Shame the 2017 regs have just increased wing sizes...