BACK TO ALL OPINION BLOGS
Currently reading: Brabham is back and may be heading for Le Mans
UP NEXT
Could used be better than new for KTM’s freak four-wheeler?

Brabham is back and may be heading for Le Mans

Revived after a period of dormancy, the British marque could tussle with an equally regenerated Peugeot at Le Mans 2022
Share
Open gallery
Close
Share story
by Simon Arron

Although often referenced as ‘Interlagos’, the Brazilian GP’s official name is the Autódromo José Carlos Pace – in tribute to a local driver who scored his only grand prix victory there in 1975. Pace might have achieved a great deal more in F1 but for fate’s intervention: he died in a light aeroplane accident in March 1977.

Pace spent the most fruitful phase of his F1 career with Brabham, whose designer Gordon Murray considered the Brazilian a potential future champion (and admits he altered his honeymoon itinerary in 1970 so that he could go and watch Pace competing in Formula 3 at Thruxton).

A major force in grand prix racing from the 1960s through to the mid-1980s, Brabham faded swiftly after former owner Bernie Ecclestone sold up and Murray moved on (initially to McLaren). Damon Hill was the last driver to start a grand prix for Brabham, finishing 11th – four laps in arrears – at the Hungaroring in 1992.

The marque lay dormant for many years, until David Brabham – youngest of company founder Sir Jack’s sons – won a lengthy legal battle to establish his family’s right to use its own name in an automotive context. The first fruit of that endeavour, the BT62 hypercar, was introduced last year and made its competitive debut in the low-key surroundings of a Brands Hatch winter clubbie on 9 November.

Running with little more than half its claimed 750bhp, the car was accepted into the ‘invitation’ class of the Britcar Dunlop Endurance Championship, shared by David – 1989 British F3 champion and, later, briefly a grand prix driver – and Will Powell. The pair qualified comfortably on pole position and won the first of the weekend’s two races, but electrical problems condemned them to a retirement in the second.

It was a small but important step on what has been a long journey. The target destination? The Le Mans 24 Hours in 2022. 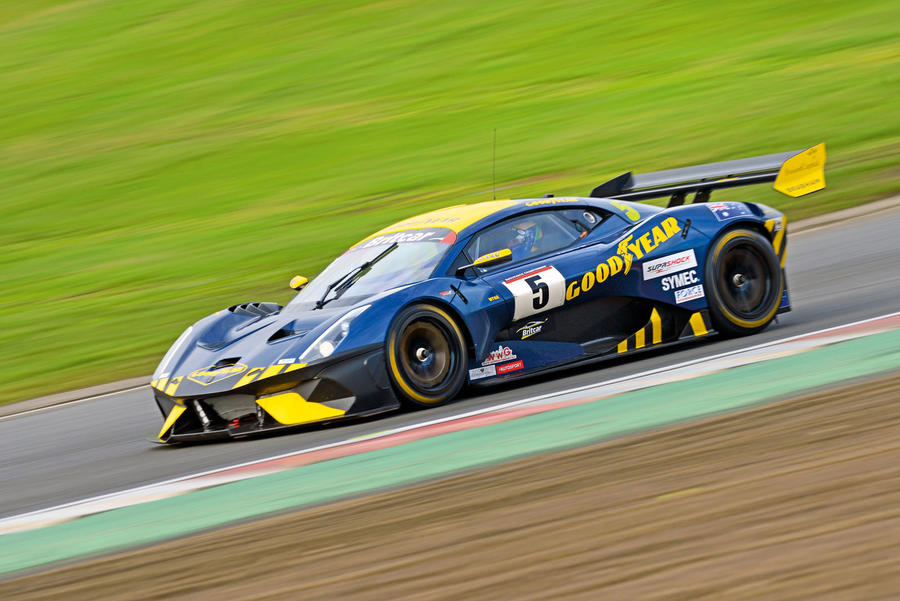 Return of the native

If the revived marque fulfils its Le Mans ambition, it will come up against Peugeot – for which David Brabham won the 24-hour classic in 2009. The French firm tackled the event for another couple of years beyond that success, but withdrew from endurance racing on the eve of the 2012 campaign just as the new World Endurance Championship was kicking off, citing the need to divert resources elsewhere as it tried to reverse declining road car sales.

It always maintained that it would consider a Le Mans comeback if it could be justified financially and technically – and that moment has arrived with the new hypercar formula from the 2020-21 season. Peugeot hopes to be ready by 2022.

Aston Martin and Toyota had already announced plans to compete and Lamborghini is said to be evaluating the idea. After a couple of seasons in which Toyota has been racing largely against itself in north-western France, the horizon appears ripe with competitive zest.

Great to see and old name back in the sport, ok, it's to sell cars, but it's nice to see a different brand instead of BMW, Porsche,Toyota.....

We wish them well and hope

We wish them well and hope that after thier first win in their first race continues with success into LeMans in 2022 and into many years further along, and hopefully a long and busy road car business will forge ahead and become another British Success Story.

Thought they were an Aussie outfit.....?