BACK TO ALL OPINION BLOGS
Currently reading: Matt Prior: It doesn't take a monkey to appreciate NASCAR (but it helps)
UP NEXT
James Ruppert: happiness is a BMW E46 Touring

Matt Prior: It doesn't take a monkey to appreciate NASCAR (but it helps)

I’d like to pretend I’m an expert, but the truth is most of what I know about Nascar, America’s stock car series, I learned from Talladega Nights: The Ballad of Ricky Bobby. I know it’s not exactly a documentary. But get a heavy chassis, slap on some bodywork and a big motor and away you go. Right?

Obviously, no. But not even as close as I thought. This week I stopped by Stewart-Haas Racing, a Nascar team that runs six drivers, which doesn’t sound like many, but this is America and the numbers are vast.

Different track lengths and banking mean there are different kinds of chassis. Each driver will have 16 cars or more to their name. While a driver is racing one car, a truck is headed to them to deliver another for the next race and take the current one away. After each race, a car is torn to its constituent parts before being rebuilt; Stewart-Haas builds 225 cars a year.

The factory, then, measures 18,000 square metres and employs 375 people. Forget Ricky Bobby, it’s more like The Matrix: “There are endless fields where humans are no longer born, we are grown.” And yet Stewart-Haas says it’s one of the smaller Nascar outfits. 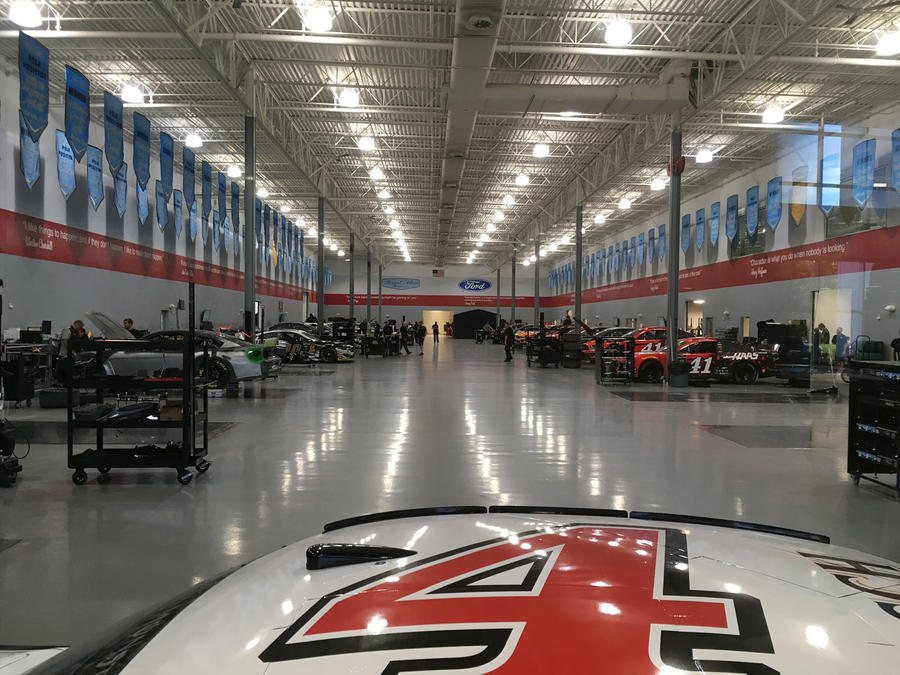 And crude? By some standards, these live-axled, small-braked, four-on-the-floor V8 racers sponsored by Smithfield ‘Racin’ For Bacon’ Foods might seem it. But they’re so tightly regulated that aero is everything.

Nascar’s bodywork tolerance is 1.27mm: each body is laser-scanned – if a part would benefit from being squeezed one way or another, the team takes it. It is no wonder it’s one of the closest, fairest and least predictable race series on earth.

We’re walking out, fairly blown away, when two drivers fresh from the on-site gym spot my touring group. “Now one of yoos looks like a racing driver,” says Clint. Although not to me, obviously. “Where do you race?”

“Ah, I do a lot on the Nordschleife,” says my German colleague. Blank faces. “The what now? What did he say? The where?” “The Nordschleife. Nürburgring? It’s a famous track in Germany?” Laughter and shrugs all around. Ricky would be proud. 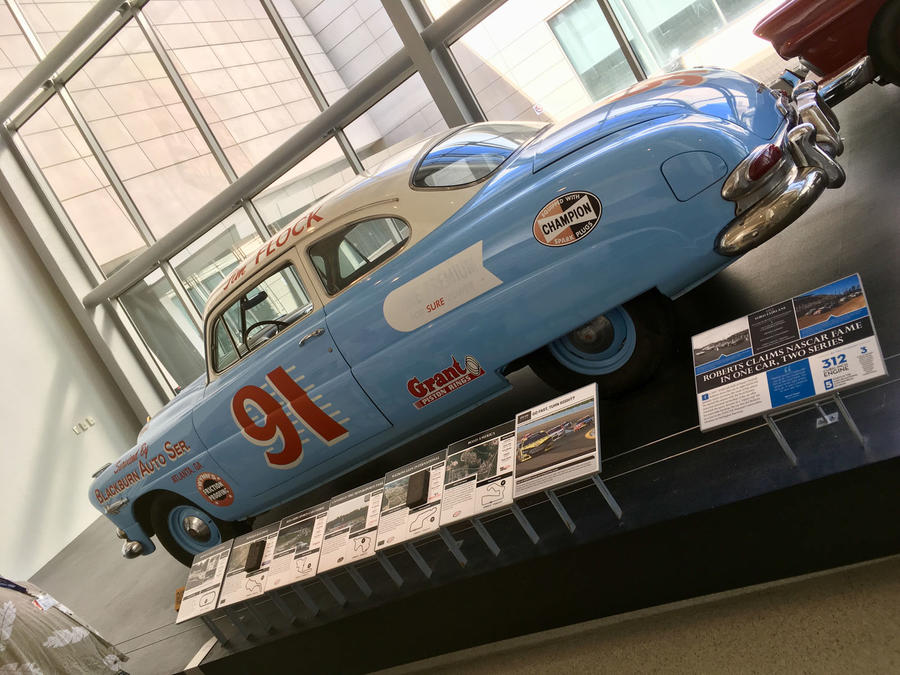 Also pictured on this page is the 1952 Hudson Hornet raced by two-time Nascar champion Tim Flock. In those days, Hudson and Flock were more inventive in their marketing than a lot of rivals. Hudson was allowed to use hot-up parts on its race cars, as long as it offered them for sale to the public too, so it did and made decent money for a while. And in 1953, Flock thought he would draw more attention to himself if he had a co-driver. Of a fashion.

He picked as his passenger a rhesus monkey, who sat alongside him for his victory at Hickory Motor Speedway, making ‘Jocko Flocko’ the only monkey to finish a Nascar race in first position. Probably any position. Anyway, the venture didn’t last that long. A few weeks later, mid-race, Flocko (perhaps Jocko; how should one address a monkey?) opened an access panel designed to let the driver assess the tyres, and was hit by an incoming pebble – about which he was, understandably, quite cross.

Tim had to pit to get Flocko out, which meant he only finished third, and the pair never raced together again.