BACK TO ALL OPINION BLOGS
Currently reading: Racing lines: F1 is chasing the money with 2022 calendar
UP NEXT
Opinion: Vandoorne back on form as Formula E hit Monaco

Racing lines: F1 is chasing the money with 2022 calendar

Formula One is beginning to show similarities with the relentless pace of NASCAR - is that a bad thing for the sport?
Open gallery
Close

So 23 grands prix in 35 weeks. Is too much of a good thing a genuine concern or should we just sit back, shut up and enjoy the show as Lewis Hamilton, Max Verstappen and the rest charge around all corners of the world next year?

Wall-to-wall Formula 1 sure is captivating. But at a time when there’s increasingly compelling evidence that we all need to throttle back, travel less and consider the greater consequences of our collective actions, it seems almost perverse for F1 to be embarking on its biggest, most intense and most demanding season ever. So much for the much-vaunted sustainability drive they all like to shout about.

The trouble is it’s money and not precious fossil fuel that really turns the wheels in F1 – and the promoter, Liberty Media, is owned and run by American executives who have invested in grand prix racing for one reason alone. Pile them high and sell them cheap? Well, cheaper than Bernie Ecclestone believed in. F1 is beginning to echo the relentlessness of the Nascar schedule, which still packs in an astonishing 38 premier-class races between February and November each year. It’s worked for Nascar for decades. But F1? It’s a cynical move that’s out of sync with the rationale of our fast-changing world.

Sebastian Vettel has called it out, on the basis of it devaluing the impact of what a grand prix stands for and also out of concern for the strain the schedule will create on staff at teams. The four-time world champion may not be the unstoppable competitive force he once was, but here is a man who understands a bigger-picture perspective. I can’t wait to see what he does next when he finally chooses to hang up his racing boots. Perhaps he should consider running for FIA president – or even take over as the F1 circus master.

Strike that last one through. Vettel’s got a big social conscience, and in F1 that will never do.

Round five goes to Dorset 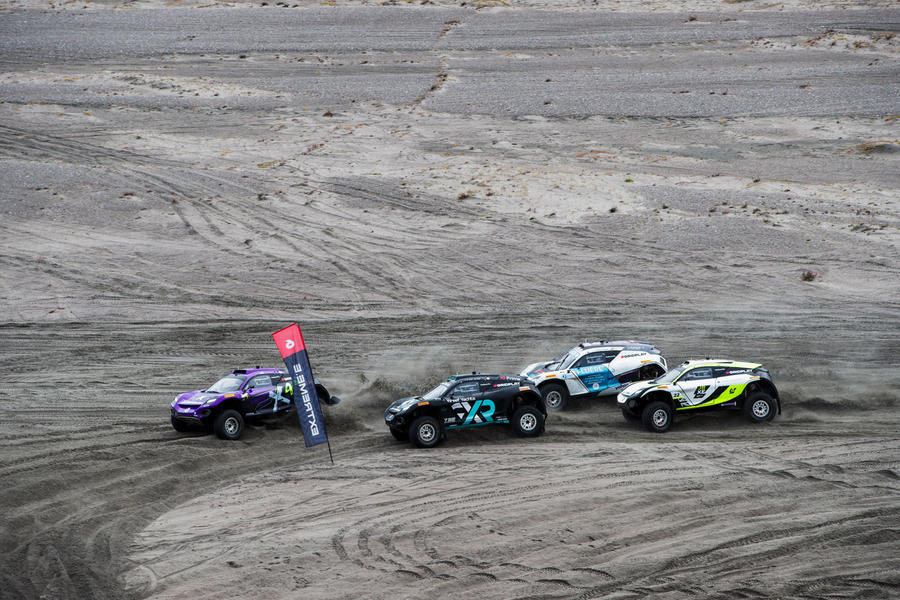 Saudi Arabia, Senegal, Greenland, Sardinia… Dorset. Come again? It’s a lovely part of the world and the Jurassic Coast is delightful – but Dorset? It’s not exactly, well, ‘extreme’, is it? In the wake of F1’s global expansion, is Alejandro Agag pulling a masterstroke by reducing his ambition and carbon footprint in pointed contrast? Try pulling the other one. Rather, it smacks more of any port in a storm as his electric-powered Extreme E off-road series seeks to complete its season amid the global trauma of an ongoing pandemic.

The British Army’s Bovington base will host the fifth and final round of the season on 18-19 December, for the series’ UK debut. Originally scheduled to race in Brazil and Argentina, replacements for the cancelled South American leg have been TBC for months. The Island X Prix in Sardinia, which took place last weekend, filled one slot – and now the other has been dubbed the Jurassic X Prix, at a venue that has previously hosted stages for relatively humble rallies counting for the British Rally Championship.

It’s easy to smirk. But to be fair to Agag, he’s been up against it – and as usual, he’s found a solution. Still, motor racing’s sharpest player found new levels of topspin in his case for downscaling to Dorset. “This move is a poignant shift in our mission to race in remote, far-away places to highlight the effects of climate change,” is how he put it. “More increasingly, the issues we talk about are literally happening inour backyards, so it felt like the right time to bring the spotlight home, and help the army reduce its own carbon footprint. The world needs to move forward when it comes to the combustion engine and many other practices, and what better way to symbolise that than with a Jurassic-themed X Prix.”

The finalised climate change angle still needs refining for Dorset, it seems. But when I spoke to one of the team bosses, he acknowledged the English county might be lacking in the ‘extreme’ element, but returned with a demon slice of his own. “It’s really cool,” insisted Nico Rosberg. “If you want to have a big impact, you also need to have a big reach. That’s difficult when you only have races in far-away locations, but Sardinia activates the whole of Europe and Italy, and going to the UK does make a difference. It means journalists like you can touch the series, be on site, see what is happening and feel the excitement. It will helpwith our growth so I’m pretty excited about that.”

All said with a straight face. These racers can and will sell anything when they really have to.

Evans keeps the pressure on 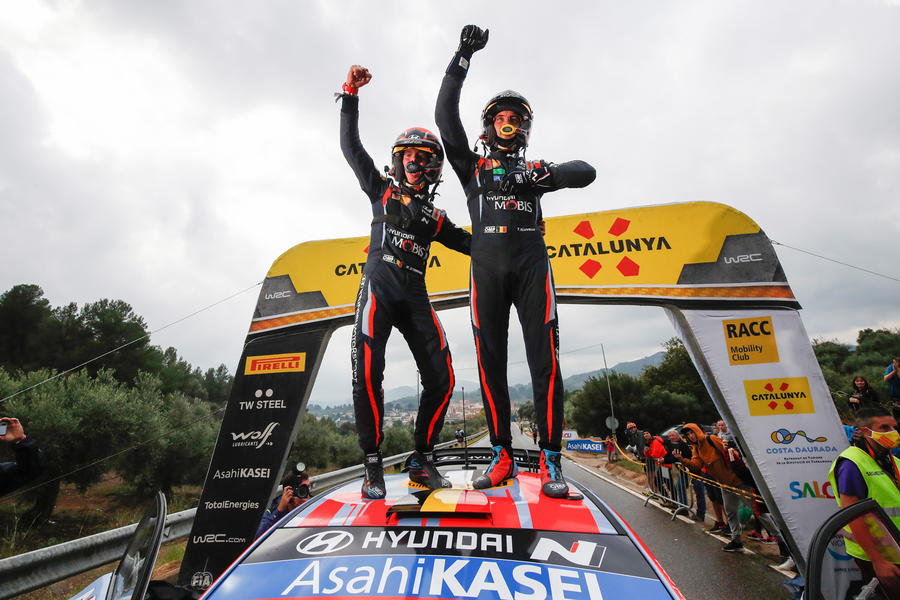 Last year, Elfyn Evans arrived at Rally Monza with a 14-point lead in the World Rally Championship – only to slide off the road and allow Sébastien Ogier to snatch the title from under his nose. This time, he will arrive in Italy with a 17-point deficit to the seven-time champion. Could history repeat but in reverse? Could Ogier let slip his eighth WRC crown and Toyota team-mate Evans claim his first? The odds are against it – but you never know, especially as the momentum right now appears to be with the Welshman.

On Rally Spain earlier this month, Evans looked set to pick up from where he left off from the forests of Finland, only for Hyundai’s Thierry Neuville to turn in one of his greatest WRC performances. But as Evansfinished second, Ogier could only come fourth. The maestro was unconvincing on the Spanish asphalt and the pressure is building – so could he throw it away? Yes, he could. But he probably won’t. This is SébastienOgier. But Evans deserves huge credit for making him work so hard for number eight, and nothing can be taken for granted. All eyes will be on Monza on 19-21 November.

Well, there you are Autocar, that's a Week this article has been on here, and, apart from me, no one gives a toss about this sport, a sport we're not bad at, but in my lifetime I've seen the best of British.

F1, Liberty media, 35 in 2022, IF, next year continues like the season, then, it's definitely watchable, but, what happens when Champions hang up there Helmets and retire?, are the next gen going to be as good?, if we end up with boring processional racing again, who loses more?