BACK TO ALL OPINION BLOGS
Currently reading: Racing lines: How Catie Munnings is diving into Extreme E
UP NEXT
Matt Prior: Are posh French cars really hard done by in the UK?

Racing lines: How Catie Munnings is diving into Extreme E

From the billowing desert sands of Saudi Arabia, Extreme E returns this weekend for its second event, dubbed the Ocean X Prix, thanks to its beach location at Lac Rose, near Dakar in Senegal.

Nico Rosberg’s RXR team scored a dominant win first time out in Saudi as Swedish rallycross hero Johan Kristoffersson and Australian rally ace Molly Taylor made the most of their clear view running up front to win both their semi-final and the X Prix itself.

Behind them, British rally driver Catie Munnings was another to emerge from the desert with her reputation enhanced as she and Andretti United partner Timmy Hansen overcame a puncture in qualifying to win the second semi and finish runner-up in the final.

Off-road terrain is nothing new for the 23-year-old: she has been rallying from a young age and has two years behind her competing at a high level in the European Rally Championship.

All that experience proved handy in the desert around Al-’Ula, when she inherited a right-rear puncture from Hansen as she started her qualifying lap, keeping her cool and completing the 5.5- mile course despite the fat Continental coming off its rim. But racing side by side – which admittedly wasn’t possible, due to the desert dust – is all new to her. Which is where Hansen’s vast experience comes in.

I catch up with Munnings just after she has passed through security at Stockholm airport early on a Monday morning, as she travels home from a handy training exercise ahead of the Senegal round. She has spent the weekend at a RallyX Nordic event in Höljes, near the Norwegian border, gaining her first experience of the sport at the invitation of her illustrious team-mate. Hansen is rallycross royalty in these parts: a former world champion and the son of legendary 14-time European champion Kenneth Hansen.

“I was driving a LifeLive TN cross car: a rear-wheeldrive, 750cc buggy,” she explains. “They look like angry wasps! The Hansens import them and are helping to develop them. I was happy, because I equalled Timmy’s result from last year. The locals are totally dialled into it; you can’t get near them and it’s very competitive.” 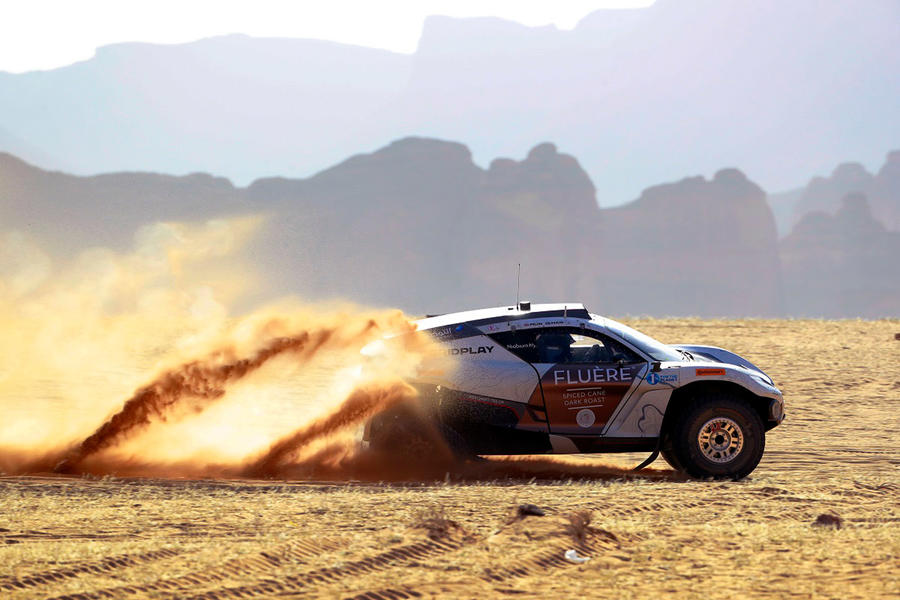 Much like Extreme E, this was a whole new world that she found herself thrown into. “It was a completely different buggy for me to drive, and I haven’t done any side-by-side racing, so that was a massive step as well,” she says. “That was the most exciting part. Even if I lost the first corner, it was such an adrenaline buzz being among it all, and now I’m looking forward to doing it in an Extreme E car.”

But it’s just as well for her that she has had some time to recover. “Timmy told me you have to prepare your arms, because there’s no power steering in these things, so I didn’t want to complain about it,” she says. “But it was really heavy. I could barely turn it; I had to yank it round. Then they realised at the end of the first day that it was actually broken…”

Munnings and Hansen had been confident coming into the first Extreme E round on the back of a decent test in December. But with such a step into the unknown for all nine teams competing in the inaugural season of the electric SUV series, she was “over the moon” for Andretti United to come away from Saudi with second place.

A former children’s TV presenter, Munnings was never likely to be overawed by the wide exposure that Extreme E attracted in the UK (thanks to its blanket coverage across ITV, the BBC, BT Sport and Sky Sports). However, she’s well aware of the opportunity Extreme E presents, and not only for her personally.

“It’s amazing coverage for an off-road sport,” she says. “We had prime-time TV on Easter Sunday. What I noticed is that I’ve driven with loads of punctures on rally stages, but this time I had great feedback from a mainstream audience who hadn’t seen that before. Rally coverage is niche, so for the sport to have that exposure to an audience more used to circuit racing is cool. I’m excited to be a part of it.

“I signed up before all the high-calibre top drivers did; I was in right at the beginning. To see them coming in was cool and quite intimidating at the same time. But as Timmy says, everyone has got a steering wheel and two pedals, and we know how to handle that.”

Munnings and Hansen face a complete reset for Senegal, as do all their rivals, because one of the key aspects of Extreme E is that teams face each event essentially blind. They’re given only a cursory amount of information about the beach-based course they will race on this weekend. So what do you know, Catie?

“That there are going to be loads of mosquitoes and we’ve been told to have lots of jabs!” she replies. “We’re starting on the beach, so hopefully the sand will be heavier and we won’t get so much dust. Apparently it goes into a bit more of a narrow, twisty gravel track, compared with what we saw in Saudi. So I guess it will be slower, but there should be more racing action with more options for different lines. It won’t be so fast and wide open. 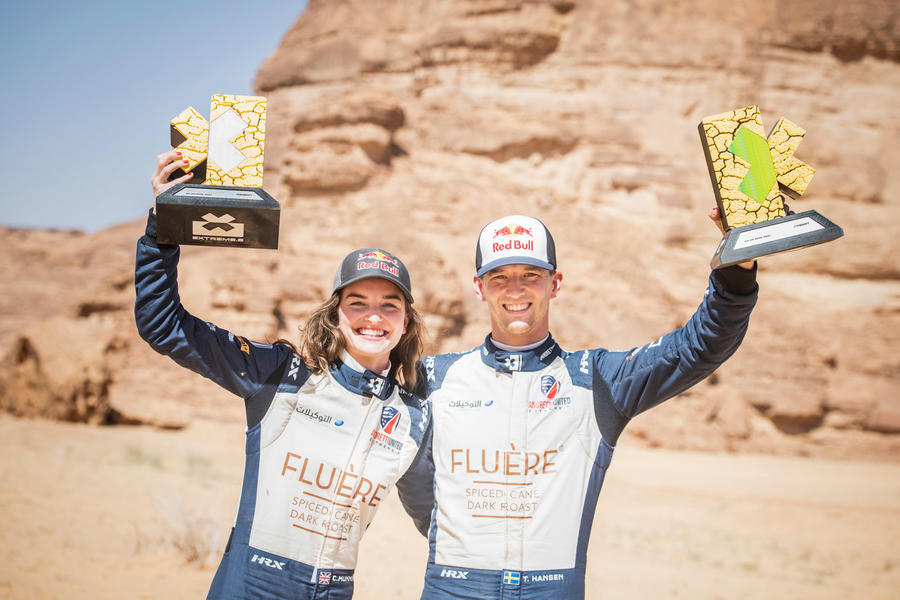 “But we’ve had no info – no diagrams or photos. I don’t think we’re in the rainy season, but it will be pretty humid and hot.”

“That’s what we love about Extreme E: it’s not sterile at all,” she adds. “After a few years in the same championship, you have certain manufacturers winning and drivers who have the upper hand because they’ve been there for years. This is anyone’s game. It’s exciting.”

Extreme E kicks off in style as Rosberg's team wins