BACK TO ALL OPINION BLOGS
Currently reading: Racing lines: Why the British GP could be the F1 highlight of 2022
UP NEXT
Opinion: BTCC is the easiest way to see Britain's best driving talents

Racing lines: Why the British GP could be the F1 highlight of 2022

By rights it’s the centrepiece fixture of the UK’s packed motor sport summer. But might the British Grand Prix this weekend also prove to be the standout race of the Formula 1 season?

Forget fake marinas in Miami. What Silverstone offers is one of the best circuits on the calendar for flat-chat banzai motor racing and an atmosphere that’s second to none thanks to the fervent enthusiasm of a sell-out crowd that gets behind more than just a single driver or team. It’s great on telly, many times more in the metal.

The drafting down Wellington and Hangar Straight should be even more frenetic than usual thanks to the new generation of ground-effect Formula 1 cars, and it will be fascinating to see how edgy they look through Maggotts and Becketts. We also hear the grandstands at Copse sold out quicker than usual for this year following the fierce Lewis Hamilton/Max Verstappen collision 12 months ago. Even without controversy, the old first corner is one of the best spots on earth to watch an F1 car at ten-tenths – although standing on the entry at eye level is better than any grandstand seat to fully appreciate the mind-bogglingly rapid change of direction. Remarkably, it’s apparently much less dramatic for the drivers.

“Copse is easy now,” Lando Norris told me ahead of last year’s race. “It depends a little bit on the wind. If there’s a tailwind it can be a little bit trickier. But in qualifying you don’t even have to think about it, one-handed even. You are flat out from the exit of Luffield, all the way to the final part of Becketts.” Let’s see what Lando and co make of it this time in these new cars as they deal with the dreaded headaches created by bounce and porpoising.

One hand on the title? 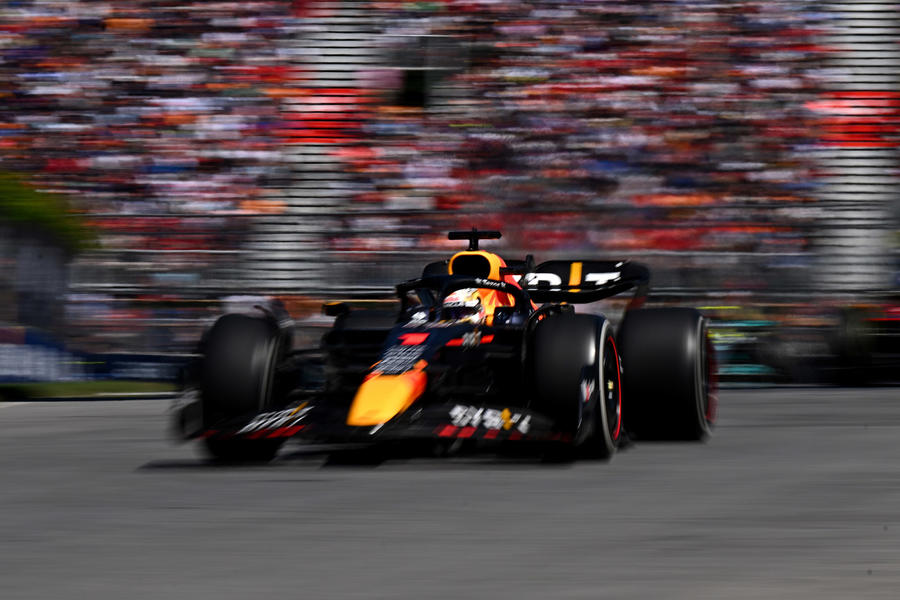 It’s only a shame that the fight for the world title has deflated, especially in contrast to the intensity of Verstappen vs Hamilton 12 months ago. This time, the reigning world champion holds a commanding 46-point lead over Red Bull team-mate Sergio Perez, with Ferrari’s Charles Leclerc a further three in arrears. That’s almost the equivalent of two race victories, and it’s hard to imagine Verstappen and the sharpest race team on the grid losing it from here. Reliability concerns remain a wrinkle for Red Bull, as seen last time out for Perez in Canada. But the team has won six on the bounce, Verstappen six from eight, in a vein of form that carries echoes of Sebastian Vettel’s greatest days at the team a decade ago.

Petulant team radio outbursts and an ingrained sense of entitlement are a sour part of the Verstappen make-up. But at 24 and already into his eighth season, he’s matured into a devastatingly effective performer. The final 15 laps in Montréal represented the best of Verstappen. Following a safety car interruption, he faced intense pressure from Carlos Sainz Jr in a potentially quicker Ferrari on fresher Pirelli tyres, having also lost radio communication to his team on the pitwall. The powerful DRS effect on the straight heading into the chicane could have made him vulnerable, but a combination of better traction out of the hairpin and the Red Bull’s renowned slipperiness in a straight line kept Verstappen out of Sainz’s range. It would have taken a mistake for Carlos to get by – and that was never likely to happen. The champion looks imperious. 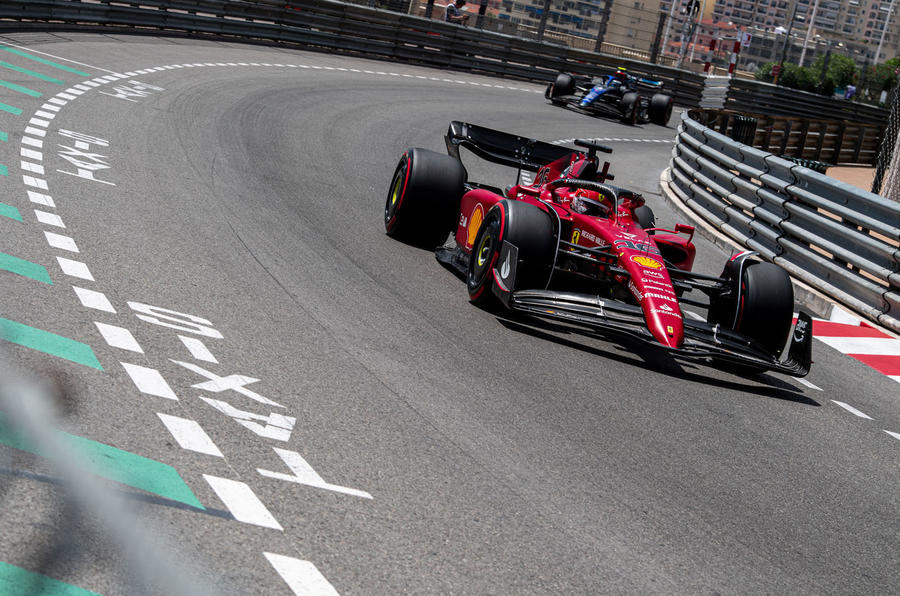 Beyond Mercedes-AMG’s fall from grace this year, Ferrari’s failure to capitalise on the excellence of its F1-75 is the most troubling theme of the season so far. Think back to the Australian GP in April when Leclerc stroked to his second win in three races and engine woes forced out Verstappen, also for the second time in three. Leclerc held his own 46-point advantage back then, which Verstappen will correctly point to as evidence that he cannot be complacent. The difference is Ferrari carries deeper, more fundamental flaws beyond a suspect reliability record. On strategy and general match fitness, Maranello falls well short of its rival in Milton Keynes. And that’s on team boss Mattia Binotto.

In the past, an invidious blame culture haunted Ferrari bosses in times of crisis, from Cesare Fiorio to Stefano Domenicali and even in the early years of Jean Todt’s ultimately glorious reign. It’s been largely absent (at least publicly) under the calming authority of Binotto’s watch – but for how long? The Italian media is not known for its patience. Like Gareth Southgate and the England manager’s job, any downturn leads to awkward questions, and like football F1 is a results-driven game. Ferrari’s lame capitulation, despite its strong car performance, makes Binotto’s position vulnerable. Would the team be faring better under the eye of, say, Christian Horner? There’s no genuine answer to that, of course, but it won’t stop such a question being asked. Ferrari’s car will be strong at Silverstone, and Sainz and Leclerc desperately need a win. You could argue their boss’s need is even greater.

Beyond the British GP, an exciting summer of action lies in wait, at every level of motor sport. A personal highlight of 2021 was a burgeoning event local to me, the Shere Hillclimb in a delightful corner of Surrey. The entry is swelling fast for this year’s edition on September 4, featuring what’s becoming a welcome tradition of oddities among familiar classics and modern supercars. Organiser Martin Warner tells me he’s particularly looking forward to seeing a rare Saab Sonnet that used to serve as the company car of late rally legend Erik Carlsson, an Alan Mann Ford Escort as raced by Graham Hill and a special display of 80 Porsches running up the photogenic hill. Check out sherehillclimb.co.uk for tickets. It’s bound to be a Shere delight (sorry).

Log in or register to post comments
Peter Cavellini 30 June 2022
Agree wholeheartedly with these sentiments, but, i do wish the British media commentators weren’t so biased and creating stories when there isn’t, it’s this Britain expects nonsense, the others only won because, yes, the British GP is won of the best, and it’s a shame that other Tracks in the UK don’t get a chance to have a GP, as to who wins?, I just want to see a good race no matter who wins.
Roadster 30 June 2022

The British Grand Prix at Silverstone is undeniably the best F1 race each year because it has everything. A truly superb and fast, but honest and genuine, circuit that produces great racing, huge crowds and a tremdendous atmosphere. That is also has great facilities and is easily accessible is simply a bonus. For me the British Grand Prix is the jewel in the F1 calendar.