Why F1 should give points for overtaking

Max Verstappen’s instinctive last-lap pass on Kimi Räikkönen’s Ferrari in the US Grand Prix last Sunday was a standout moment in a stellar drive from a long way down the qualifying order.

In terms of audacity and inspiration, it was right up there with Alex Zanardi’s famous Indycar overtake on Bryan Herta in the gravel at the Corkscrew at Laguna Seca or Nigel Mansell’s blink-and-you’ll-miss-it pass on Ayrton Senna in the Hungarian Grand Prix in 1989. 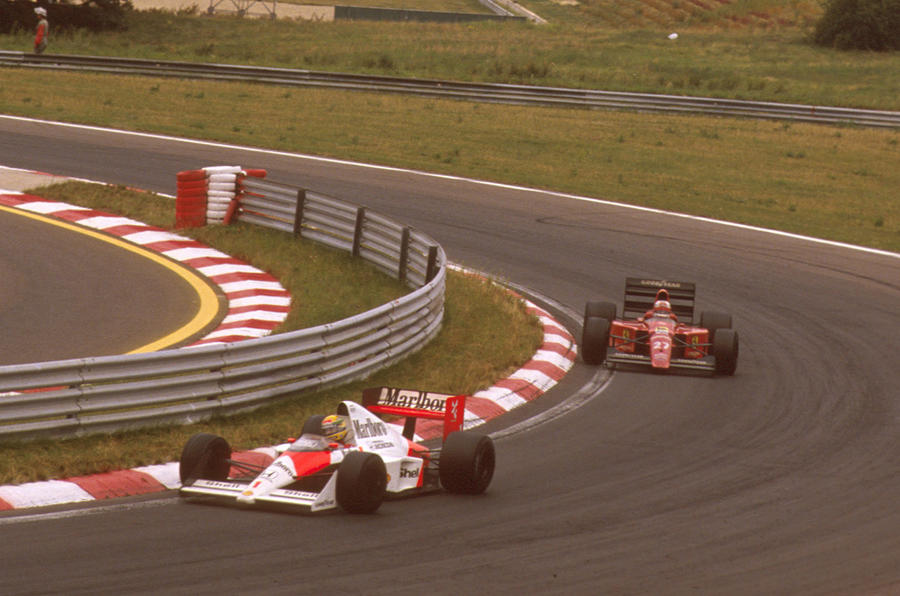 The young Dutchman was subsequently deemed to have broken a ‘track limits’ rule that is enforced with an apparent inconsistency that infuriates the drivers as much as the fans. However, the true culprit in this matter is a sport that does little to reward its true entertainers.

Formula 1 is, and has been for most of its history, a percentage game. More often than not, teams try to achieve their aims by plotting the lowest-risk strategy they can get away with, even if that approach means instructing their driver to perform conservatively. Why risk pushing your car at ten-tenths when you can win at seven-tenths?

The dichotomy is that the engineers and strategists in the teams don’t want excitement, drama and unpredictability because such variables play havoc with their computer algorithms, but fans who have paid a king’s ransom for a perch in the grandstands are there to be entertained. 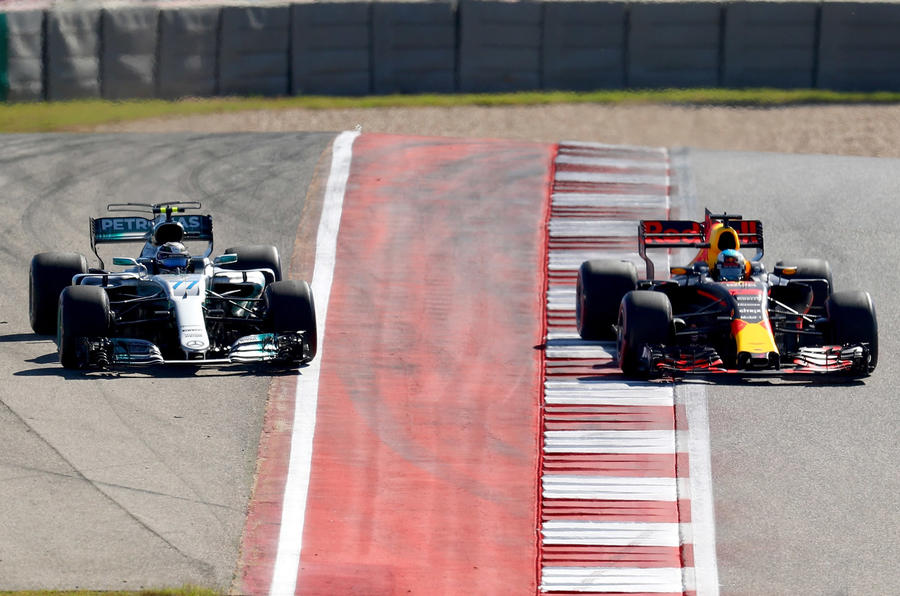 It is frustrating all round but you can’t blame the teams for doing their jobs as well as possible. Each round of sweeping, significant technical changes promises much but delivers little - the current hybrid cars are fairly entertaining (despite still sounding like canned farts) but do little to resolve F1’s core issue.

The driver with the fastest car in qualifying starts off the front of the grid, so is likely to win. There are no additional points for driving spectacularly or overtaking the most cars - but, in my view, there should be.

Here’s my points-scoring idea for how F1 can reward its hard-chargers, inject additional excitement into the races and encourage teams to adjust their strategies. Bear with me.

Award 100 points for a race victory, perhaps 75 for second place, and reward every driver who is classified as a finisher with points (to discourage teams from retiring a car to preserve the machinery).

Award a sliding scale of points from 10 to one for the top 10 qualifiers on Saturday, plus 10 points for fastest lap in the race.

Award five points for every successful on-track overtaking manoeuvre a driver achieves during a race, excepting any passes on a teammate. 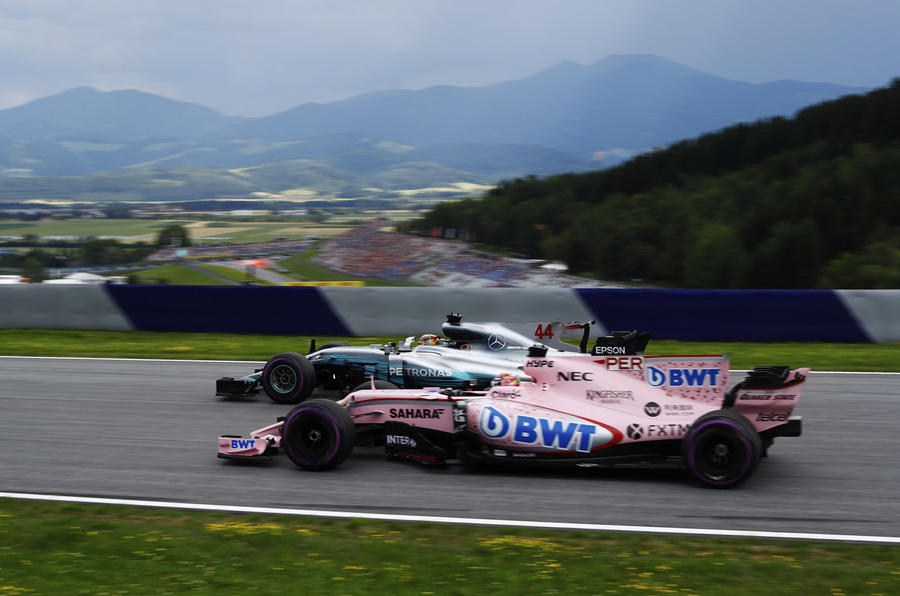 This, in my opinion, would serve two purposes. Racers like Verstappen who scythe through the pack would be generously rewarded, and so would the likes of Fernando Alonso, who has overtaken plenty of cars this season but has been the victim of some terrible mechanical reliability that has deprived him of points finishes.

But you’d also open up the possibility of teams deliberately qualifying further down the grid to try to maximise their points-scoring opportunities.

If, for example, you were Mercedes and you were confident that Lewis Hamilton could overtake the entire field at a circuit with several overtaking opportunities, you might choose to qualify further down the order, with an eye on the 100 points for a win plus a healthy overtaking bonus of, say, another 30-40 points.

The result? Lewis enjoys himself because he gets to do some real racing, he still earns the most points and the fans go away happy after a sensational race. There’s obviously jeopardy involved because the possibility of getting involved in an incident is higher in the middle of the pack, but teams would have to balance that against the potential rewards.

For Monaco, obviously, qualifying strongly would be of paramount importance. But imagine Hamilton, Verstappen and Sebastian Vettel all choosing to start near the back around Spa or Silverstone… 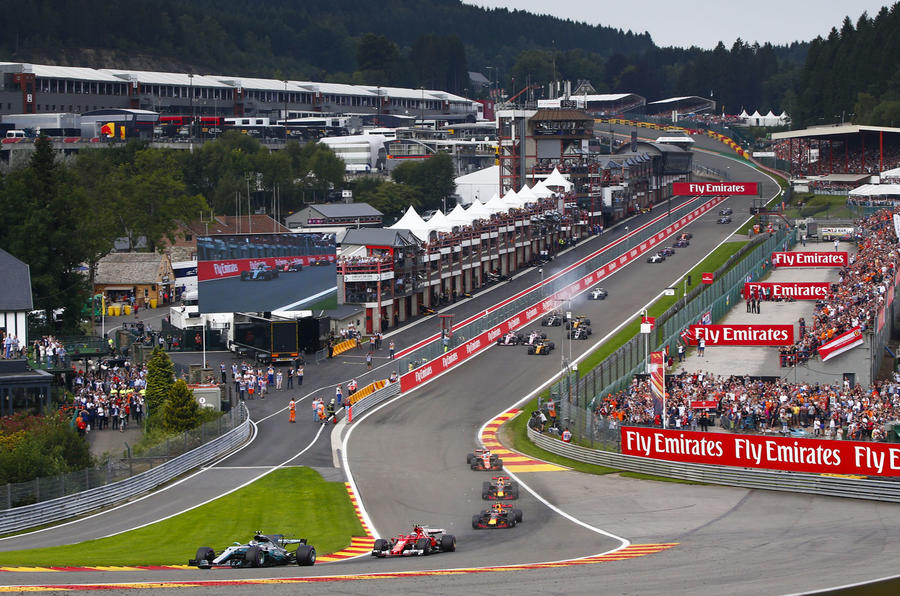 Complicated? Yes, perhaps, but it doesn’t really affect the on-track action. The key is continuing to ensure a race victory is the most valuable achievement in terms of points – but making a grand prix win earned the hard way more rewarding still.

And you can’t tell me that a sport as technologically advanced as F1 can’t work out a way of rapidly calculating points permutations during a race.

We might get more deserving champions, too. We’ve had title winners in the past who haven’t had to face much season-long opposition or have been paired with a subservient teammate, depriving us of an inter-team tussle at the very least.

Imagine if the driver who best combined strong overall results with deft overtaking prowess and sublime speed across the race and qualifying won the title. Okay, so there’s a strong chance that Hamilton would still come out on top…

McLaren team to use Renault engines after Honda split

Others get out the way...

He's simply going to run in to other drivers and crash out.   One of the worst drivers there is for running others off the road.   He's going to hurt someone.

And apparently the rules shouldn't apply to him.   He should be allowed to cut corners!

All good ideas, except the

All good ideas, except the points for passing which just encourages silliness.

And absolutely definately get rid of the horrendous grid penalties for changing car parts.

But all irrelevent as I won't watch it again as long as they sound like vacuum cleaners.

The first thing F1 should do is to stop penalising drivers for issues that they have no control over.

Penalise the team (constructors points) by all means but not the poor driver.

How demoralising do you imagine it to be to start from the back of the grid after driving your heart out to qualify in the front two rows? It  is also infuriating for the spectators physical or TV.

But what is a fasted lap ? Is

27 October 2017
But what is a fasted lap ? Is this achieved by driving on the track, which is the black bit, or by going too fast into a bend and thus going off track to maintain speed...???

27 October 2017
They need to ditch the grid penalties for swapping engine/gearbox parts.
Instead they should be an incentive for reliability, for example giving a point for each race completed without changing any engine or gearbox parts.

Points for fastest lap is also good, however I don't agree with any for qualifying.

Points should be gained in the race, qualifying is about gaining an advantage for the race.

The cars are not designed for overtaking

And arguably that's because the rules encourage the designers to build the fastest possible cars in clean air. I'm pretty sure that if the fastest cars had to start at the back, they'd find ways of making them work well in turbulent air. At the moment the only way cars can overtake is if a driver exceeds the track limits or forces the car in front to do the same. As a consequence most overtaking happens in the pits, when the faster car has the advantage of newer or softer tyres, or as a result of the dreaded DRS.

Like every team (and every car manufacturer working on emissions testing!!) the strategists would look at the best way of manipulating the rules.

completely agree that there need to be more entertaining races, but MotoGP hasnt ever needed convoluted points systems to make it so, just vehicles capable of overtaking on the tracks they are used on inherent in their design.

Has there ever been a time in F1 where we had huge amounts of overtaking? If there was a golden age why arent we changing the rules to go back to that time? I dont know what that is, but I'd guess at more varied machinery, lower development costs, much wider tracks, no team analysts or strategists, all decisions made by the driver unless there's a serious safety issue.

How to get more overtaking

Orangewheels asked:  "Has there ever been a time in F1 where we had huge amounts of overtaking? If there was a golden age why arent we changing the rules to go back to that time? I dont know what that is, but I'd guess at more varied machinery, lower development costs, much wider tracks, no team analysts or strategists, all decisions made by the driver unless there's a serious safety issue."

To get overtaking with similar car performance you need some combination of:

a) being able to follow a car closely through corners (so no wings, poor wings or pure ground-effect)

b) longer braking distances (so no carbon brakes)

In other words, go back to the 50s, 60s or early 70s!  Of course, then everyone complained that at tracks like Monza it was just a slip-streaming fest with everyone trying not to be in the lead on the penultimate lap!  (The closest every finish in F1 was at Monza in 1971 where Gethin won, Cevert was less than 0.1s down in 3rd and Ganley 0.6s off the lead in 5th!)

Is there a safety reason why

Is there a safety reason why the ground inside the apex has to be tarmacked? if it were track edge, slippery and bumpy kerb and then grass, corners couldnt be cut, ending all the arguing. I can understand why run off areas are needed in places on the outside of corners but surely not inside?

Tarmac has been proven to be safer than gravel in terms of stopping cars before they hit the barrier, which is obviously a good thing.  However, I am sure it could be arranged to have a surface which cars would pass onto initially beyond the track limits which would cause a loss of time without increasing danger for those totally out of control and spinning off.  The inside track needs to be the same in most places because cars can lose control in any direction in the event of a tyre or mechanical failure.