BACK TO ALL OPINION BLOGS
Currently reading: McLaren’s Formula 1 troubles are bad for everyone
UP NEXT
Opinion: BTCC is the easiest way to see Britain's best driving talents

McLaren’s Formula 1 troubles are bad for everyone

McLaren, Fernando Alonso, you and I all have one thing in common: we are all suffering as a result of Honda's Formula 1 engine woes.

Testing has showed that McLaren's 2017 Honda powertrain is underpowered and unreliable, meaning its drivers – two-time champion Alonso and rookie Stoffel Vandoorne – are pretty much already out of the running before the season has begun.

The saddest thing is that we’re being denied the chance to see Alonso battle wheel to wheel with Lewis Hamilton, Sebastian Vettel and Max Verstappen, to name a few, and that ultimately means F1 is less interesting overall. 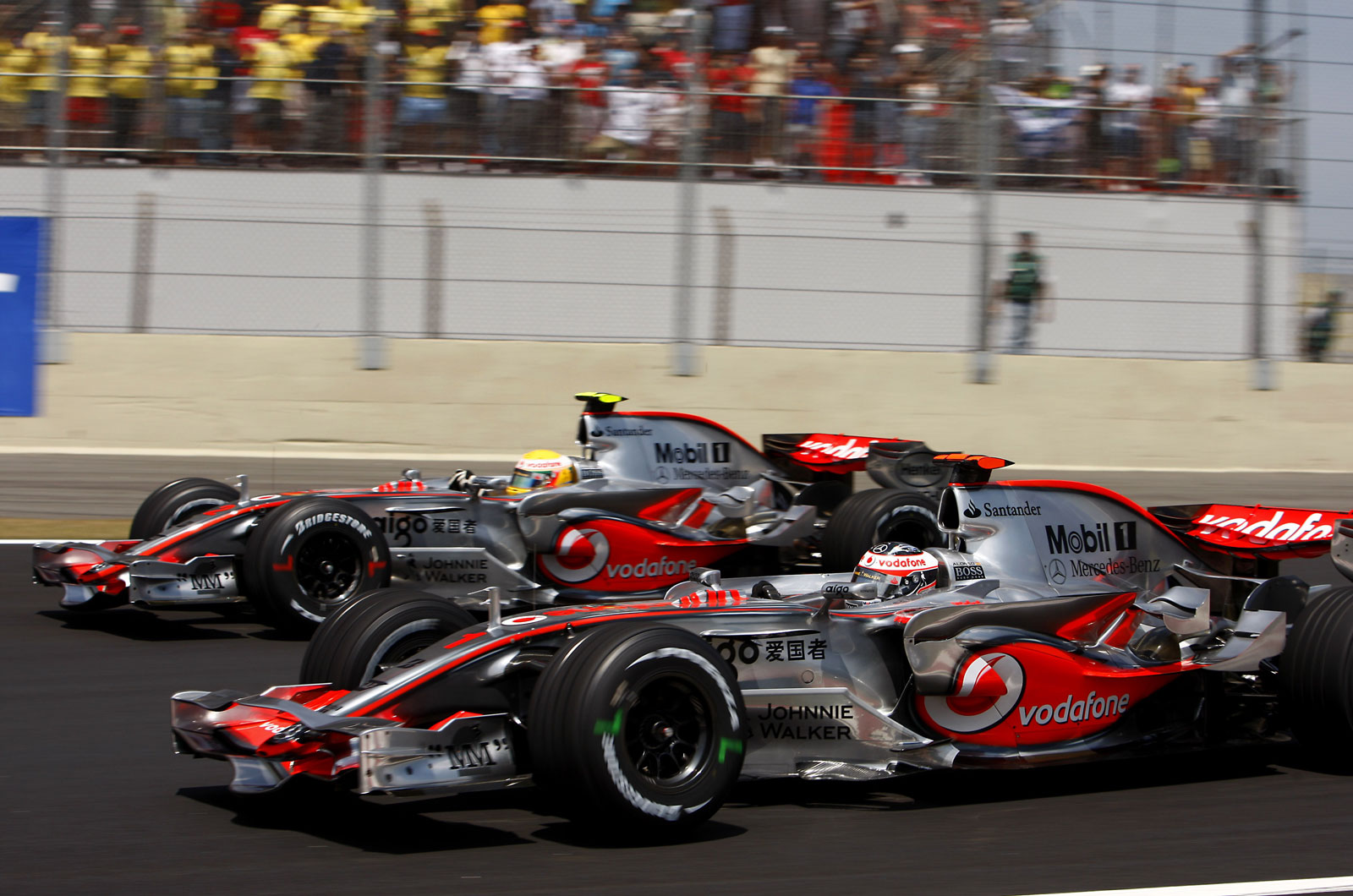 Formula 1 fans will recall Alonso’s fierce battles with Michael Schumacher in 2005 and 2006 (see the video below) and his fiery conflicts with Hamilton (pictured above) during the Brit’s first F1 season in 2007. Those who were there to enjoy them will likely agree that, whatever you make of Alonso, he is one of the grid’s finest drivers and one of the sport's best yet.

Honda needs to get its powertrain fixed not only so McLaren can get back into the running but also so you, I, and every Formula 1 fan can watch the Spaniard work his magic on the race track – before it’s too late.

Because let’s face it, Alonso is 35 years old – and he’s going to pack it in one day.

Fernando Alonso - why he's as motivated as ever

Crash and Burn on TV

Slighly off topic (but still on the spectacular fails theme), Crash and Burn is on TV this week. It's on BBC1 N Ireland tonight (9pm) and also on BBC4 March 27 (9pm). See bbc.co.uk/programmes/b08jqfqx
Saucerer 20 March 2017

Mercedes' engines are certainly top of the pile, and have been since the 1.6 turbo hybrids were introduced, but the engines in the Ferrari aren't exactly shabby and the Renault showed signs of improvements throughout the course of last year. The fact is, for one reason or another, Honda has just not got to grips with its engines and that is surprising when you consider that it has a history of producing great engines in the past, both on the road and on the track. But Honda's problems aside, what can't be ignored is the astronomical cost of developing and building today's Formula 1 powertrains, while customer engines cost an absolute fortune for teams. Wasn't the FIA suppose to bring costs down a few years ago? But it's not just F1, the powertrains in the WEC are as equally eye wateringly expensive and is one reason why, current rules apart, private teams could never afford to buy a customer P1-Hybrid car and why Porsche and Audi only fielded two cars at Le Mans last year, why Porsche is doing the same this year and why Toyota feels it's an expensive gamble having 3 cars this year.
coolboy 17 March 2017

Honda hasn`t been doing anything relevant ever since those days in the 80`s. Do not care what they are now with McLaren doing but those days with BAR weren`t that special either. And since they no longer sell any cars that make you wonder (even Brits don`t care about what they churn out from Swindon anymore), just wondering what these guys are doing to earn for a living. Selling great cars for Americans? Yeah sure, plenty of great cars there (General Motors, Chrysler, Toyota,...) all class leading, not.
View all comments (12)