BACK TO ALL OPINION BLOGS
Currently reading: Is Lewis Hamilton Britain's greatest F1 driver?
UP NEXT
Opinion: Esteban Ocon is a dark horse for the 2021 F1 season

On pure statistics, that statement doesn’t require much discussion. Hamilton’s 62 wins are twice as many as the second most successful Brit, Nigel Mansell (31 wins). He has scored 72 pole positions – an all-time F1 record that dwarfs Jim Clark’s 33. His 116 podium finishes are another British record (David Coulthard is second with 62). And now Hamilton has won four world championships, putting him ahead of three-time champ Jackie Stewart.

In pictures: the defining races of Lewis Hamilton's F1 career

No debate, then. Consider the numbers and Hamilton is, without question, the greatest British F1 driver ever. And yet…

Frankly, I suspect some of that opposition is because many people aren’t particularly fond of Hamilton – for everything from his regular moaning on his in-car radio to his fashion sense and social media posts.

Of course, much of that stems from the modern world. Stewart couldn’t moan on his in-car radio because he didn’t have one. Mansell may well have moaned on his, but the TV feed couldn’t broadcast it. And, in this age of social media and mass media, we get to know more about the lifestyle of sportspeople than, frankly, many of us want to. 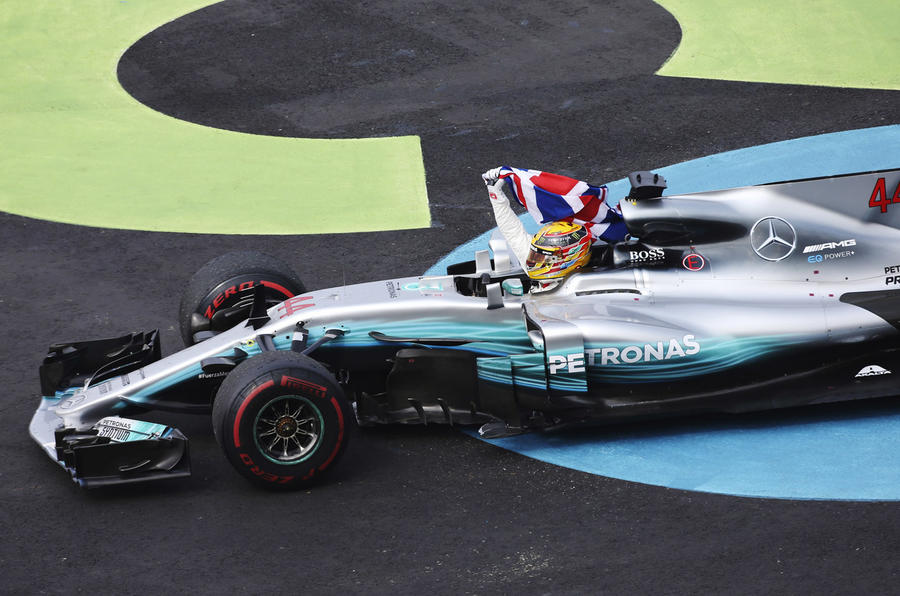 Frankly, I don’t care what Hamilton does off the track; his greatness should be judged by what he does on it. But I will say this: a constant knock on modern F1 is that the drivers lack personality. You can’t say that about Hamilton.

When it comes to Hamilton’s on-track greatness, the arguments against will likely start with the assertion that Hamilton is a good driver who has been blessed with great cars in an era when having the best car is more important than having the most talent.

Undoubtedly, comparing drivers across generations is impossible: F1 is, essentially, an entirely different sport than it was 20 years ago, let alone 60.

Modern cars are far more reliable, and exponentially safer, so drivers can push flat out without having to nurse their equipment, and finishing rates are higher. That makes it easier for modern drivers to rack up wins and podiums. 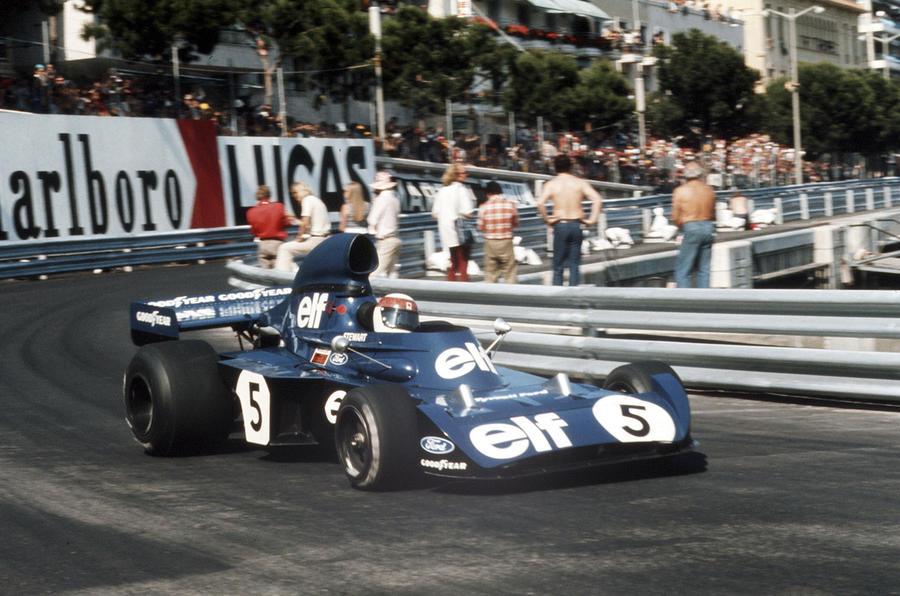 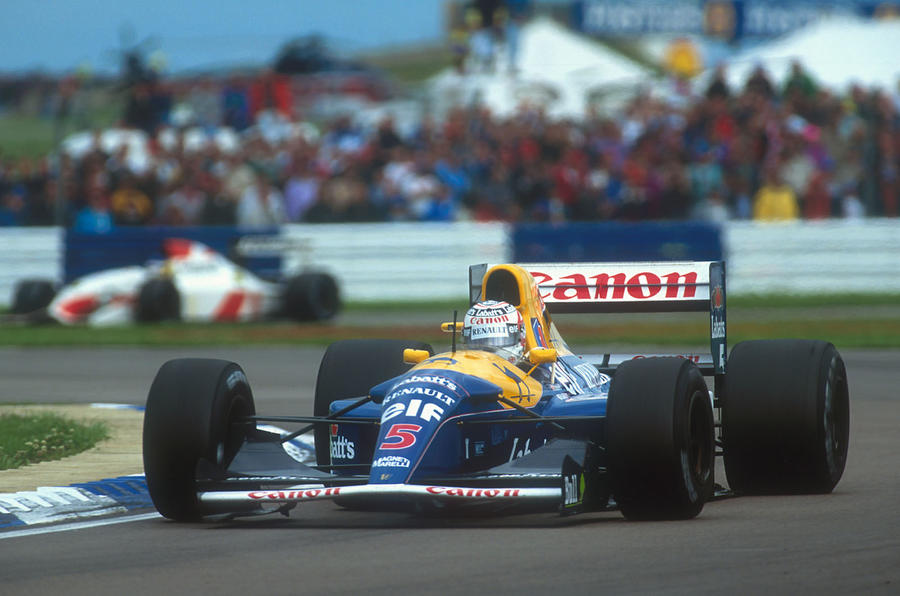 Another common argument is that the gap between the top teams and the pack has grown, enabling drivers in the fastest cars to rack up even more wins. I’m less convinced by that argument. Look back through history and F1 has often been dominated by a handful of cars and drivers.

Still, this returns us to the argument that Hamilton has been helped by the quality of machinery he’s driven. He’s certainly been fortunate: he broke into F1 in 2007 in a title-winning McLaren-Mercedes, then switched to Mercedes-AMG, which has been the dominant team for the past four seasons. No wonder Hamilton has won at least one race in every single season – that’s 11 consecutive years.

Except that viewpoint ignores the fact that Hamilton hasn’t always driven great cars. In particular, the 2009 McLaren trailed far behind that year’s dominant machines from Brawn GP (remember them?) and Red Bull – yet Hamilton somehow won two races driving it.

You also have to recognise that Hamilton has worked hard to be driving great cars. It was his efforts in karting that brought him to McLaren’s attention, and his success in junior categories that all but forced McLaren to hand him a race seat for 2007. And he made the most of it; not every rookie who lands in a good team does. 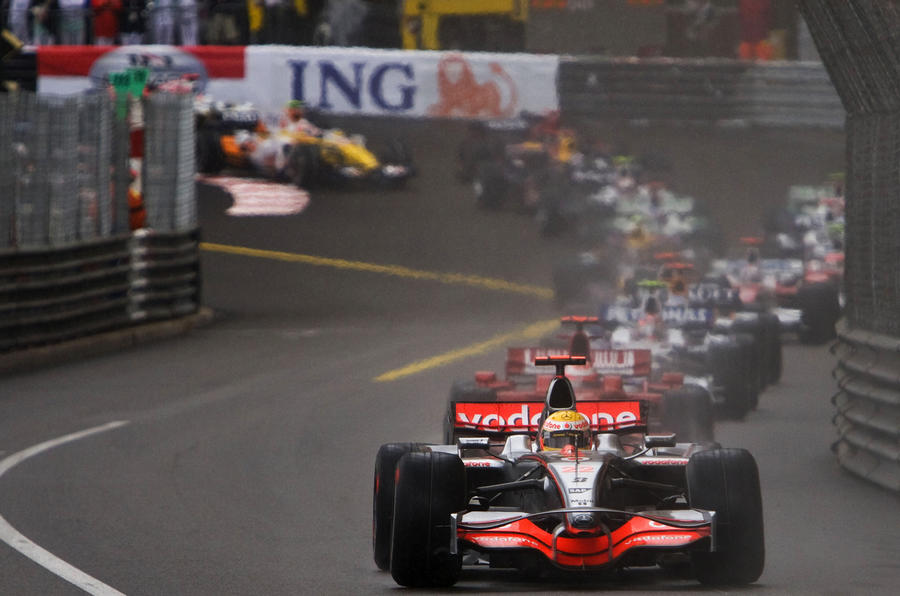 Consider also that many questioned Hamilton’s wisdom when he jumped from McLaren to Mercedes ahead of the 2013 season. Hamilton has won 40 races and three championships in the past five seasons. McLaren hasn’t won a race since he left.

So where does Hamilton rank among the great drivers of F1, British or otherwise? To be honest, I’m wary of the rush to place recent sporting performances in history too early. It’s only with time that we can properly consider where somone truly ranks on the 'best of' lists.

But, frankly, Hamilton has won too many races, taken too many poles and won too many championships for us to argue that he shouldn’t be considered one of the greatest drivers in the history of the sport. And it seems inconceivable that he won’t add further his tally in the coming years.

Which leaves us with this…

In pictures: the defining races of Lewis Hamilton's F1 career

Not so sure he is that great

If you only look at the numbers he has racked up they are certainly impressive.

But as much as people in these comments try to talk down the fact that most of those numbers has been achieved in the by-far best car in field that's just not possible ignore.

I think his cars has had a far greater effect on his "greatness" that his skills as a driver has had.

He even managed to loose to Nico in 2016 and in 2017 a late-signed Bottas has scored 300+ points which isn't that far behind Hamiltons total. And even though Bottas is a good driver I don't hear many call him one of the greatest ever. Those simple facts detracts quite a bit from his greatness in my book.

Then there is the question of how easy and safe the cars are to drive now compared to 10-20 years ago. It's simply much much easier to push the cars to the "limit" without any serious consequences these days. And a big part of this are all those stupid rules with limited fuel and tire rules and wear and way way WAY to much communication between pit and driver. This doesnt allow a driver to truly shine. So maybe Hamilton is actually a great driver he just doesn't get to show it to any great degree.

But he certainly looks good in the numbers game.

White elephant in the room

People are trying to make lame and non relavent excuses for the real reason they "dislike Hamilton" and it's all obvious to me that the underlying reason is he not entirely white and there is no way most are going to "big him up" over people like Stirling Moss or Graham Hill.  Personally I have watched many/only caucasian drivers over the years and I don't really understand what their personalities have to do with anyone other than their girlfriends, I just judge them on their driving abilities and their overall careeer achievments like the fact that Lewis has had a pole at every single racetrack on the present calendar. I am not at all surprised that Lewis has "abandoned the UK" and I can fully understand why. You can see the Max versappen effect when lewis was doing these things he was getting bans and points deduction for "dangerous overtaking" and the like. I thought F1 fans were "better" than that however I was being naive and from personal experience known better.

What is the basis of this

What is the basis of this wildly racist assertion?

He's bloody fast, but I don't like the bloke. Didn't like Rosberg jr either, and he wasn't as fast.

Sport is More Competitive Today Than Ever Before

Sporting records are always broken and times get faster. Simple fact of life regardless of the event: 100m. F1. Marathon.

This is possibly due to increased competition through a bigger population. Widespread accessibility to scienctific knowledge today makes everyone faster, but harder to stand out in most cases. Gains are more incremental than huge leaps.

Getting into the best car isn't an unfair advantage, it's any top driver's prerogative to 'win' the race for the best seat, just like a boxer might want the best trainer and promoter.

Winners assosciate themselves with winners for obvious reasons and Hamilton deserves full credit for his sound judgement and on-track success.