BACK TO ALL OPINION BLOGS
Currently reading: Matt Prior: the sad decline of supercar start-ups
UP NEXT
Matt Prior: The Honda that's not quite jazzy enough

Matt Prior: the sad decline of supercar start-ups

Ferrari, Aston Martin, McLaren and Lamborghini are in the grip of an arms race, but is there a David to take on these Goliaths?
Share
Open gallery
Close
Share story

The complexity is intense. Last week, in a studio nosing around the duo of mid-engined models that Aston Martin brought to the Geneva motor show, the complexity is what I was reminded of.

The AM-RB 003 is a car two years away from production, one which doesn’t yet exist, and yet the extraordinary accuracy, complexity and detail of the full-sized model created to preview it, and to allow its designers and engineers (and potential customers) to understand it, is a work of thousands of hours and untold costs.

It was wheeled around, rotated on wheeled jacks, to the perfect spot under the lights by Aston design studio employees – one a full-time miller, one a full-time clay modeller – two of the firm’s 3000 workers.

Elsewhere, even as we filmed late into the night, others of the thousands would be night-time testing development cars, running the all-new twin-turbo hybridised V6 engine on test beds, digital or otherwise, and simulating, on computer or in reality, the life this car will lead.

And alongside 003 sat the Vanquish Vision; a year further away, a slightly simpler full-scale model, with no interior, but on the path to a production reality in 2022 as the series-production Vanquish.

It’s an extraordinary-looking car, an extraordinary departure for a company like Aston, whose previous architecture – the adaptable VH aluminium set-up – begat different models that both looked similar and did similar.

Not this time. The Vanquish will arrive as a new kind of Aston. Whereupon it’ll compete directly against mid-engined cars from Ferrari, McLaren and Lamborghini.

The rivals are all companies with, one way or another, billions of backing and decades of experience; each with thousands of people working millions of hours and spending billions of pounds in a race to compete for your affection and your money.

Even then, two blokes who work in a shed will come along and say they can do it better. 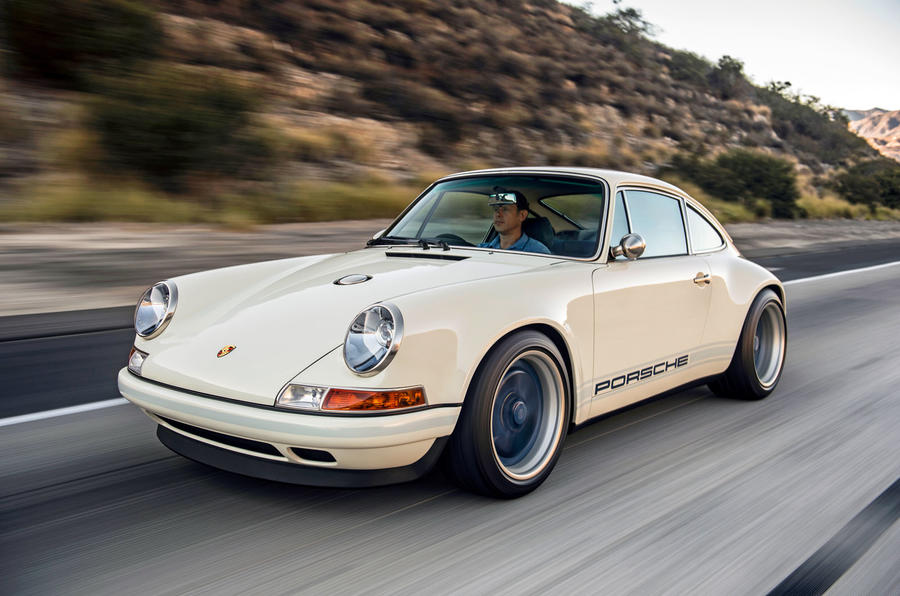 They won’t. Of course they won’t. Even if they make a car, it won’t be as good as the establishment’s, and as a result you won’t buy one.

But is it me, or do there seem to be fewer and fewer supercar start-ups these days? There was a time when they’d be dotted around the Geneva motor show or dropping into my inbox every few months but, in the past couple of years, seemingly not so much.

And while I’ve admired the optimism of such people, I’ve appreciated not having to read with growing disbelief about a new car that can do 300mph, constructed from a composite of crushed unicorn horn and the tears of fallen angels, developed by “engineers with decades of experience” and on sale in three weeks for the price of a Daihatsu Sirion.

To succeed without the billions, it strikes me you have to do something the establishment cannot do, or is not interested in doing.

And maybe that message is filtering out. Because it seems now the new start-ups are little companies gently tweaking existing designs, or offering resto-mods – fitting new mechanicals to old cars, with some wonderful bespoke craftsmanship on the way – or retro-fitting classics with electric drivetrains.

The lovely thing about these is that they show more imagination, they broaden the motoring landscape, give other ways for people to enjoy cars, while the main supercar game gets slugged out in the background.

Speed vs looks vs cost

What killed the supercar start-ups is pretty much what killed TVR.

We used to buy TVRs because they were so much faster than mainstream sportscars that we were (mostly) prepared to put up with the shoddy build-quality and reliability.  And of course, some people just want something that looks different.

As mainstream sportscars got better, and TVRs got more expensive...the market for them shrank.

Same with the supercar start-ups - and if people want something that looks different, they can just get a coachbuilder to put a bespoke body on a mainstream car.

I came here to say that I'm still eagerly awaiting Keating's "The Bolt".  What a stunner that was.  Let's face it, most supercar start-ups were vapourware anyway.  I'm quite happy to see fewer of them if it means the quality improves.  The Restomod thing at the moment seems like a pretty good idea, and some of them are beautifully done (isn't a Singer on everyone's lottery-win list?), but you just know that the quality is going to go downhill as people jump on the bandwagon.

Was hoping for another good

Was hoping for another good comedy routine from Keating, but I haven't seen if they had anything at Geneva.