BACK TO ALL OPINION BLOGS
Currently reading: Opinion: New Taycan interior shows off Porsche's heavy touch
UP NEXT
Opinion: Is this the end for Bugatti's W engines?

Screens or buttons: there's benefits of both, but does the new Taycan strike a fine balance?
Close

Remember when Tesla landed with its outrageously overscaled central touchscreen? It was as big a statement as the firm could make that it was approaching this car-making business from the angle of a tech company rather than a legacy automotive dinosaur.

If you could overcome any scepticism over the risks of distraction that having such a large screen represented, it was addictively good to use, too. No more squinting at a screen, or prodding at buttons – this was tech in an XXL size.

Fast forward to the Taycan and you’ll note that there are three digital screens as standard, with the option of adding a fourth – yes, fourth – in front of the passenger should you feel they want their own slice of the fun. 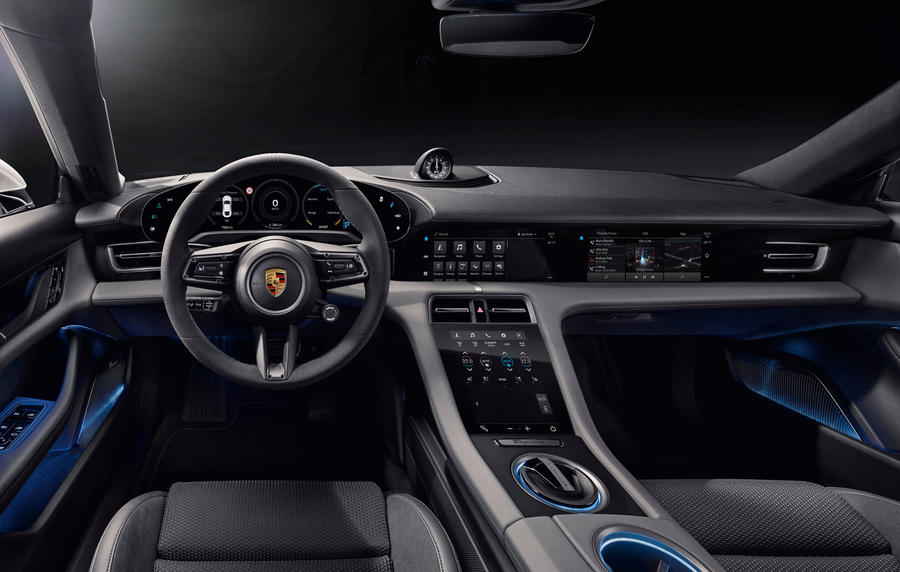 The result is an interior light on buttons and big on touchpads. Porsche’s experts say they went this way because they felt their first electric car should be representative of the digital age, which seems perfectly logical when you consider it.

But here’s the thing, albeit caveated by the fact that during our day with the car the interior was disguised on all moving prototypes, and only shown statically in a chassis buck: thanks to all those screens, the interior had more than a hint of being a pastiche of how we expected a car of the 21st century to look back in the 1970s, rather than being any kind of a statement in regards to moving the game on again.

Time may prove me wrong, and its certainly true that Porsche’s interiors have rightly been criticised for being too button-heavy up to now, but I fear that this all-in statement of digital leadership may have sounded more logical in principle than it is in final execution.

Under the skin: How haptics are making touchscreens safer​

Yes, I don’t think it’s that Button/ screen heavy, I’ve seen worse, Lamborghini for one, I’m sure others could name more, and yes, the interior has that certain Porsche-ness about it, I like this interior.

I wish journos would wean themselves off using the phrase "here's the thing" at every opportunity.
Citytiger 4 September 2019

As other have already stated

its fairly generic VW group, obviously the cost cutting is starting to take effect and the diversity between brands is reducing.