BACK TO ALL OPINION BLOGS
Currently reading: How Caterham F1’s meltdown might benefit other Formula 1 teams
UP NEXT
Racing lines: Slow start but greatness ahead for Le Mans hypercars

How Caterham F1’s meltdown might benefit other Formula 1 teams

As public arguments over who owns what relating to Caterham F1 continue to rage, the team stands to miss out on valuable prize money
Share
Close
Share story

The demise of the Caterham F1 team has been taking place in recent days, with a very public slanging match over who owns what.

This occurred after an administrator was appointed for the Caterham Sports Ltd company, which provided various services for the franchise-holder, Malaysia-based 1MRT.

The administrator has since been throwing his weight around, refusing to allow the cars to leave the premises and locking out the staff. It is not clear whether the company in administration actually owns the cars or the factory, but the administrator is acting as though it does.

The bottom line is that Caterham will almost certainly not be seen in Texas next week for the United States Grand Prix. The team’s entry will not be written off immediately, however, as the various agreements that exist in F1 allow a team to miss three races in a single season if it cannot be avoided.

The franchise-holding company is still solvent so there is no reason for the rights and benefits to disappear immediately. However, if the franchise is to have any value at all, someone needs to submit an entry for next year in the next few weeks. It is unlikely that anyone will be a position to do that, or would be willing to pay the entry fees involved without being certain of being able to field a team.

If the team does not go to the last three races it gives up the chance to receive $90 million over the course of the next two seasons, which would be payable if the team could finish tenth in this year’s constructors' championship. To do that, Caterham would need to one tenth-place finish (as long as Sauber did not do the same or better).

A ninth place would move Caterham ahead of Marussia and up to ninth in the constructors' standings. This is not likely to happen, but in a race such as the Brazilian Grand Prix there is often a high attrition rate, so anything is possible.

In order for that to happen, however, it needs to be established who owns 1MRT and who owns the cars. It would then require the cars and a team to run them to be sent to Austin.

The closure of the team is obviously a disaster for the staff at Leafield and for the team’s suppliers, but it could end up being good news for the rest of the F1 world. While it is not good to lose a team, it does mean that only ten teams are left. As only ten teams are paid prize money, under the existing agreements, this means that no-one is going to miss out.

The prize fund is based on the performance of a team, with the amount of money on offer being somewhere between $100 million for the world champions to around $45 million to the tenth-placed team. There are additional bonuses for the three teams that have won the most number of races in the last four years, which are currently Red Bull, McLaren and Ferrari, but the Maranello team will soon drop out of that clique and be replaced by Mercedes.

If there is no 11th team then there is no longer any need for some of the back markers to try too hard. The money will come whether one finishes a minute behind the winner, or two laps down. While the racers would prefer to be fighting for success, this is a useful thing in the battle to survive.

This will be true in 2015 and 2016 because any new team needs to race for two years to be eligible for the various prize funds, which means that the top ten will continue to the same until the end of the 2017 season. 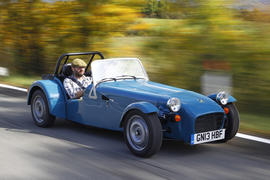 There might be a need to invest more in 2017 in order to stay in the top ten that year but it still means that the back end of the grid has a chance to breathe and not have to keep up with the F1 spending that has been seen in recent years.

It may not be the racing attitude, but a number of the teams in F1 are barely surviving at the moment and so it will be a pragmatic decision rather than something to be desired.

F1 coverage in the US

On a related issue, I had the misfortune to watch both the Italian and Singapore Grand Prix on TV while in the US in September. The coverage on the NBC network was comically bad: the race was interrupted ever few minutes with ad breaks, both conventional ones and what was laughably described as "continuous coverage sponsored by Rolex", where the pictures of the race was reduced to a small window occupying less than a quarter of the screen, the remainder being filled with advertising. Even when the conventional ad breaks finished, we were treated to spurious images of the countryside or urban landscape surrounding the circuits, rather than returning directly to the race itself. The talking heads in an NBC studio providing commentary seemed to lack any information other than what was apparent to the viewer. Overall, the coverage completely undermined any sense of action or drama in the race. It is little wonder that F1 has attracted such indifference from US audiences. It also made me realise what an excellent job the BBC and Sky do in their coverage .
kcrally 26 October 2014

Not to worry. Apparently Audi

Not to worry. Apparently Audi are entering F1, as the Auto Union, whilst Porsche will continue the VW sports car side of things. And Honda are back in F1, as well. Shame about Peugeot (hey ?).
Dave Ryan 25 October 2014

How many will it take?

I must confess I'm starting to wonder how many teams folding it will take for Bernie to wake up and smell the coffee. F1 really does seem to operate in a dream world compared to what's actually going on in the wider world in terms of the economy and particularly people's disposible income. The rights holder charges circuits absurd fees for the so-called "privilege" of having the F1 circus in town, and takes all the advertising revenue at the same time, then wonders why said circuits can't always attract big numbers given the inevitably high prices for tickets. Then, to add insult to injury, it's now started poaching sponsors from the teams for itself as well. Small wonder Caterham and Marussia are both facing oblivion at the moment, and teams who have been in the sport for over 20 years like Sauber are facing a difficult future as well. Given F1 has lost, in no particular order, Arrows, Prost, Toyota, Hispania, Jaguar, Honda (as a full team) and Renault (ditto) since 2000, as well as nearly losing Jordan and Minardi in the same year (2005) before they were bought out, you do begin to wonder where the tipping point will be.
View all comments (5)