BACK TO ALL OPINION BLOGS
Currently reading: Are we the steam engine enthusiasts of the future?
UP NEXT
Matt Prior: Snap judgements aren't always bad judgements

Are we the steam engine enthusiasts of the future?

With the internal combustion engine beginning to fade away, we discuss how enthusiasts will fare when today's cars become classics
Share
Open gallery
Close
Share story

One day, those who fetishise the internal combustion engine will be perceived the same way as steam engine enthusiasts are today.

At least, that’s what somebody on the internet told me the other week in fewer than 141 characters. I think he meant it as an insult.

Which, I thought, was a bit dismissive of those who appreciate a machine that, over the past 120 years, has liberated the world, brought freedom to billions of people and relief to the needy, built communities, shortened wars (other views on its role in them are available) and made intercontinental travel possible.

But internet matey was right. The path is set. Even McLaren, maker of specialist high-performance cars, knows the internal combustion (IC) game is over. Sure, beyond our highly developed world of high-tech, high-density living, I’ll be staggered if the IC engine doesn’t have another century of life in it but, still, its time will come.

When solid-state batteries become ‘a thing’ – and Dyson reckons they will by the time it introduces a car in 2020 – the IC engine’s number, which is already up, will look even shorter. “Please tell me this doesn’t run on gas,” they’ll one day say, like Dr Calvin in I, Robot did upon encountering an MV Agusta motorbike. “Gas explodes, you know?” Yes. We know. Goody. 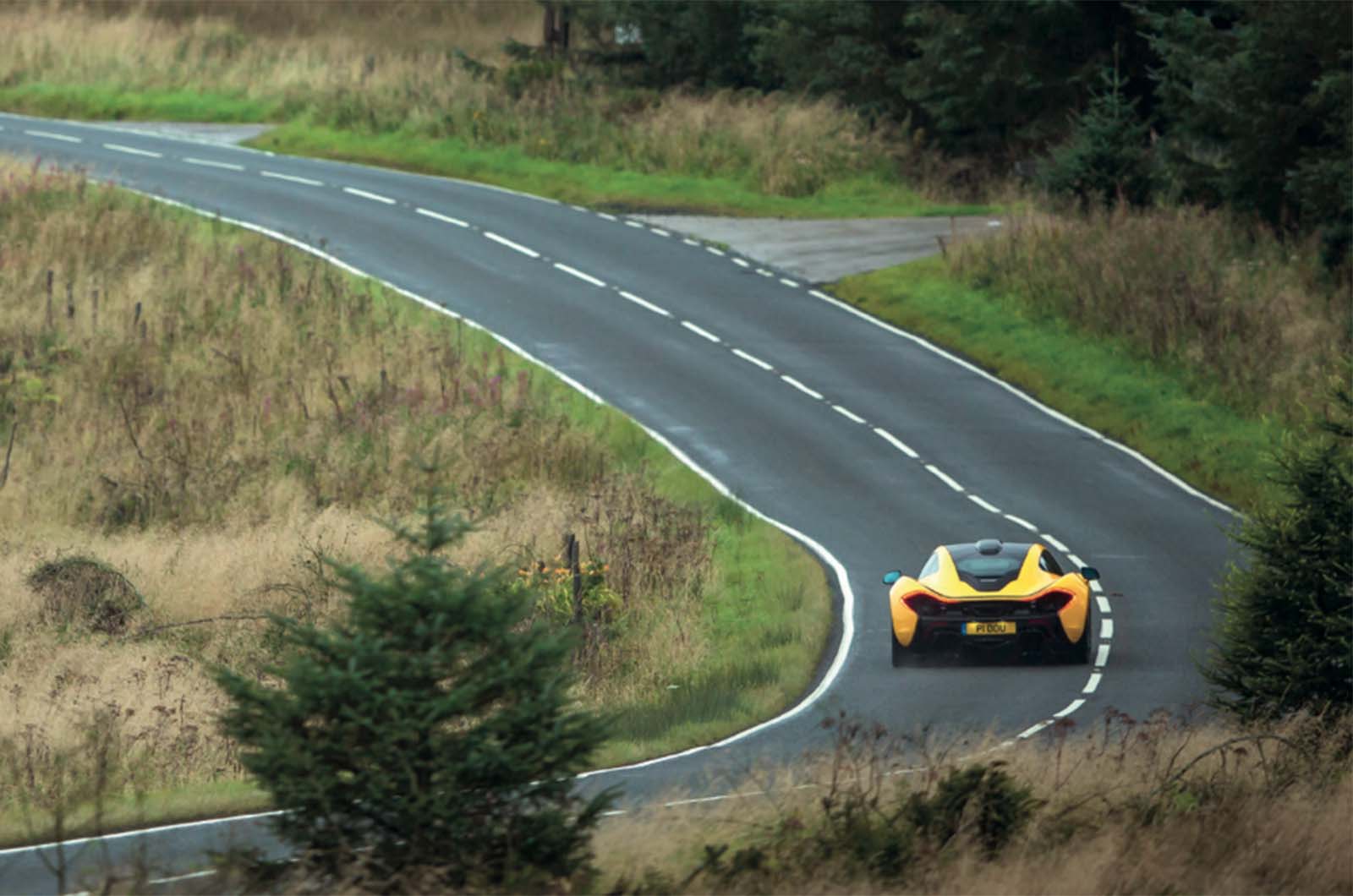 And so, eventually, these machines will become the preserve of the likes of... who? Us? Bearded, jauntily hatted old men (plus some women; but mostly not), messing around in sheds, keeping things going, keeping skills alive, getting grubby hands, in the name of history.

Only, eventually, it won’t be that grubby a job, will it? It sometimes already isn’t, because of cars like the McLaren P1 – cars with IC engines but also a plethora of electrical and electronic systems. We’ll need more than just boxes of imperial tools to keep cars going. There’ll be electronically actuated dual-clutch gearboxes, active rear steering, e-diffs, hybrid systems, moving aerodynamic addenda and more, all to worry about.

One day, cars with all of these will be classic cars and they’ll need looking after. They’ll need specialists who aren’t au fait with balancing a quartet of carburettors but can look through lines of code on an obscure laptop programme and diagnose that your camshaft sensor is kaput. Instead of somebody who can beat aluminium panels, you’ll need a specialist who can cook up a new carbonfibre splitter or 3D-print a bit of a clutch actuator.

And so on it’ll go, I suppose, until one day, today’s next bit of technology is outdated, too. Apparently, there are specialists, even now, who retain banks of old computers so that they can parachute (not literally, presumably) into a thoroughly modern company and sort out whatever obscure finance or database system, for which they retain the correct software or operating system, goes awry. There was a lovely Post-it note on top of a laptop next to an old Formula 1 car at this year’s Goodwood Festival of Speed that read “Please set computer’s date to 1997".

Then, decades after that, they’ll laugh. Oh, bless, you quaint solid-state battery fans. Can anybody teleport me a fusion sensor for a 2097 Nissan Sunny? And on it’ll go, I suppose. I’m not taking it as an insult.

Dyson cars to reach production by 2020

It is actually not really about ICE. It is about Energy and Energy Density.

A one Litre can of petrol equals about 750gm and can carry two tonnes of Car and contents on a brisk 10km trip. How far do you think a 740gm battery would power the same load? The answer is in metres rather than Km.

Yes, they go on about solid state Cells etc, but it will be a while! You need to add about two orders of magnitude (two 0s) to make it viable and the basic Laws of Chemistry don't want to play along.

And the other reason for petrol's superiority is the same reason Airliners are powered by Jets not Rockets. Half the energy comes from the air which is being burnt, but does not need to be carried!

I'll make a small bet that we have Fusion Power before we have any Electrical Storage equivelent to Petrol in energy density.

What do you mean "we" - Autocar is a car magazine, there is no mention of "internal combustion" engines in the title, so surely its about cars powered by anything ? That guy on twitter seems to assume that this "machine that, over the past 120 years, has liberated the world" has only ever been powered by IC engines, it has not - many of the first cars were powered by steam or electricty too. Does this Twitter guy realise that Autocar tests electric cars too ? Does he realise that some of them get lots of praise ? I love cars, always have and I ve always hated the term "petrol head" cos it makes the stupid assumption that car lovers only like petrol engines, when true car enthusiasts appreciate all forms of propulsion. J Leno, for example, is a proper car enthusiast - hes got the lot - petrol, diesel, electric, and steam.

You reminded me of this quote I read in a SciFi novel many years ago:

“I was invited to join a group who were enthusiasts for early 21st Century ground transportation vehicles. They gathered on a stretch of restored surface that was all that was left of an ancient network. The vehicles were without automated systems and were controlled entirely by their human owners. One of the owners asked me if I wanted to go for a ride. I backed away nervously - these people were obviously dangerously insane.”
View all comments (6)