8
Odd looks may put people off but the G3 packs a punch in both range and specification, with near-Tesla levels of autonomous driving capability
Open gallery
Close

Over the last five years, new electric car startups have sprung up pretty much every month in China. However, only three – Xpeng, Nio, and Weltmeister - have actually sold more than 10,000 cars.

Recently Xpeng secured $400 million of extra funding, including money from mobile phone company Xiaomi, with the aim of making an even bigger name for itself in its home market.

This G3 is currently the company's only model on sale, with the new P7 set to join it in the first half of 2020. 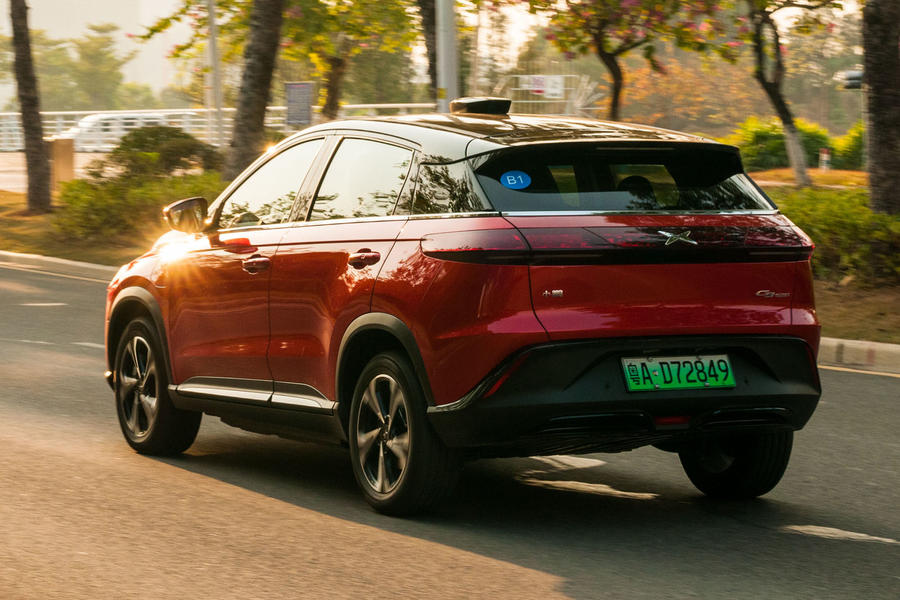 A compact SUV, it has distinctive looks with a high shoulder line at the rear running down to its sharply raked bonnet. An unusual panoramic windscreen really opens up the cabin, making the car feel light and airy. The higher spec versions have a hump on the roof housing a deployable camera.

Named after the company CEO, and one of the original investors, Xpeng currently uses a contract manufacturer to produce the G3. Build quality is impressive, with good panel fit on the outside and a glove box that opens smoothly inside, the same being true of the centre compartment between the seats. Soft-feel plastics dominate the most commonly touched interior surfaces and everything feels solid.

Much like that found inside the Model 3, a large (15.6 inch) touchscreen dominates the dashboard although, in the case of the G3, it is portrait orientated. With the user interface being in Chinese, full functionality was difficult to judge, but functions are grouped logically and it seemed relatively easy to use. With voice activated controls via the AI assistant ‘Xiao P’, drivers rarely need to actually touch the screen. Unlike the stark minimalism of the Model 3, the G3 has a slightly more conventional dashboard layout, albeit very digital – the G in the name stands for ‘geek.’ Full instrumentation is provided by a 12.3 inch screen in front of the steering wheel, featuring colourful graphics and navigation prompts.

The back seat offers enough space for three adults in to sit reasonable comfort, although the middle passenger could do with more lumbar support. There are two USB chargers for those in the back, along with air vents. The . tailgate is electric and there's a hidden compartment beneath the main luggage area; in it you'll find a large amount of extra space and the tyre repair kit – there being no spare. While the rear seats do fold down for extra boot space, they don't fold flat.

Guangzhou road conditions didn't allow us to push the G3 hard, and we could detect little discernible difference between the Comfort and Sport modes that bookend the three suspension settings. Making more of a difference, though, were the drive settings. Sports mode provides far sharper acceleration than the standard mode and the car feels faster than the quoted 8.6sec acceleration time suggests. On the other hand, the regenerative braking, even when on the strongest setting, doesn’t feel as strong as it does on some other EVs, but it certainly reduces dependence on the brake pedal.

Where things get more interesting is with the car's autonomous capabilities. Its adaptive cruise control system allows you to manage traffic jams with just gentle steering inputs, with Xpilot taking over on the highway, performing overtakes when you initiate the process by flicking the indicators. The whole system inspired far more confidence in use than those of some of the G3’s Chinese competitors, the car only struggling on tight corners. When we tried the automatic parking (activated by voice or by pressing a programmable button), it reversed the G3 into a spot at a bit of an angle, but nothing worse than many human drivers can manage and with far less toing and froing. 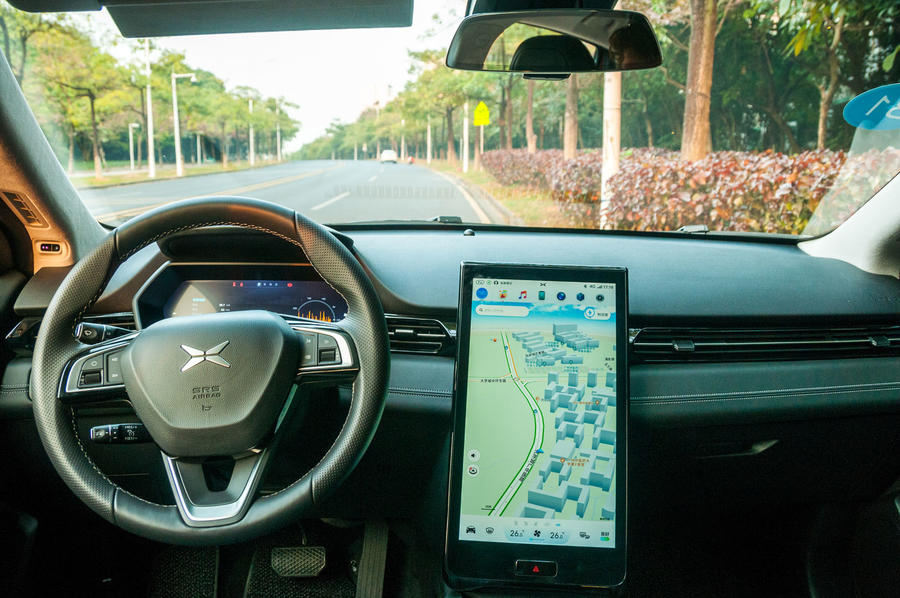 Well, unless you live in China, you can’t, and it won't be heading to Europe any time soon, either. However, there's little doubt that, with the G3, Xpeng has delivered a very impressive technological package for Chinese buyers.

Owners report driving ranges very similar to official claims, and company figures show that its functions, such as voice control and in built navigation, are regularly used. Safety isn't forgotten, either; the X3 received the highest score among its class of EVs in the China NCAP test.

Its looks might not be to everyone’s taste, but at least it stands out, despite not having the cachet of a Tesla or even a Nio in its native market. But it delivers around the same level of technology at a far cheaper price point - albeit without the blistering performance. 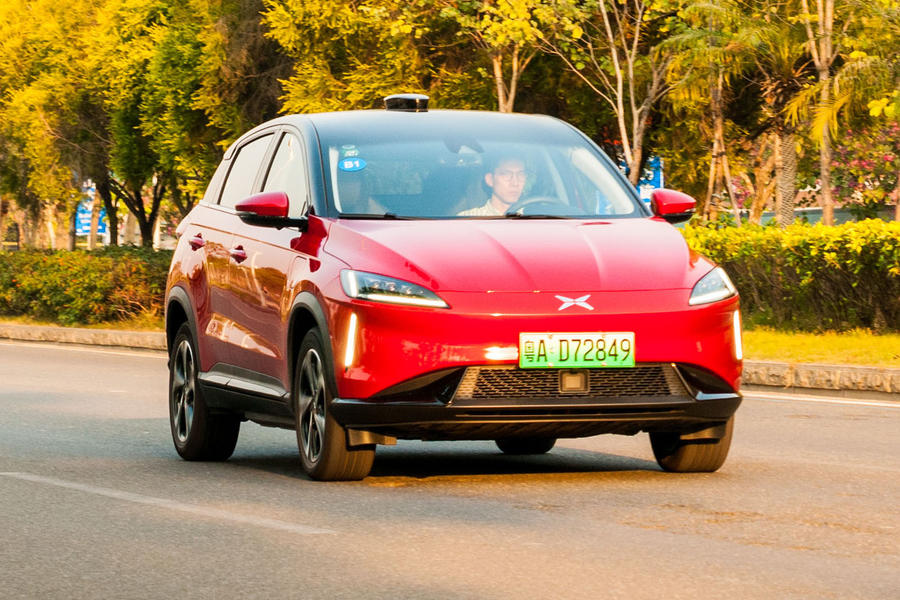 Log in or register to post comments
FastRenaultFan 16 December 2020
I can't see this selling loads in Europe. It looks like an EV from 10years ago. The steering wheel looks nice but the central screen just like a Tesla is horrible and looks badly done. Maybe there will be people happy to drive a car like this because they can not afford a Tesla and like the screen. It would put me off the car do. Any car with a screen like that is an instant no no.
Foxfour 7 December 2019

Sell it as a Dacia

With the right brand and support network in the west I can see it doing really well.

At least it looks different

I like the fact the G stands for Geek.   Imagine down golf club,  model 3 driver and 3 series out named by the Geek 3 owner.