From £45,5008
New mild-hybrid tech keeps diesel as the most sensible choice for Volvo’s most family-friendly SUV
Open gallery
Close

This Volvo XC90 is the first stage of Volvo’s journey towards a new normal. This mildly refreshed XC90 is the first mild hybrid to leave the factory since it was announced two years ago that every new model would receive some kind of electrification.

Set to replace the old D5 diesel engine, this new B5 is still fuelled from the black pump but gains a 48V starter motor/generator and battery that can regenerate power through braking to then aid the engine under acceleration. Volvo claims this assistance delivers fuel-efficiency savings and emissions reductions of as much as 15% compared with the outgoing motor, which goes some way to counteract the recent negative view of diesel.

That balance may shift once mild-hybrid petrols, which will confusingly also carry the B badging, arrive later but today these figures are better than anything in the range bar the T8 Twin Engine plug-in hybrid.

A new engine isn’t the only change for 2019, with this updated car also receiving a new-look front grille that's more in keeping with the rest of Volvo’s line-up, as well as a fresh selection of alloy wheel designs and paint colours. 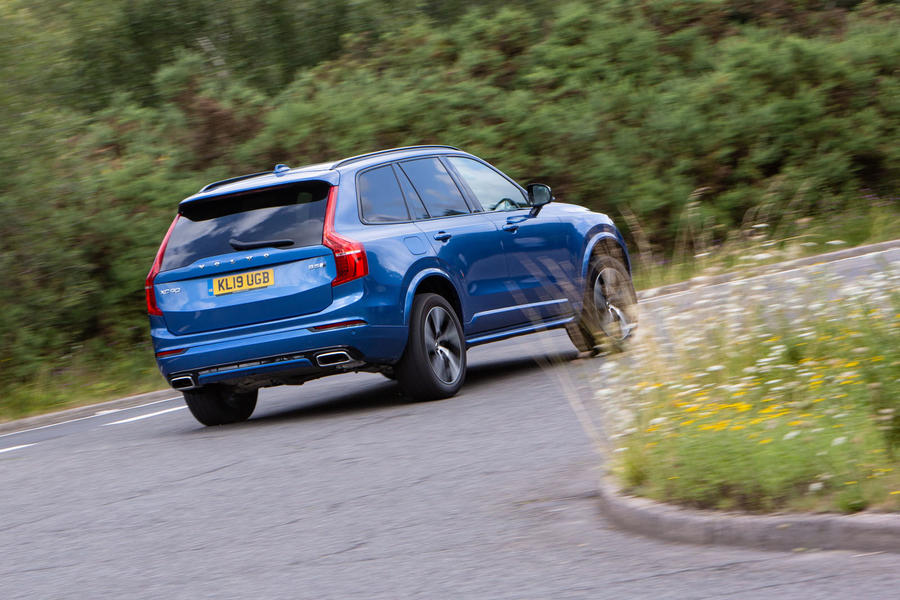 Very similar to the outgoing version. The mild-hybrid system is so deftly integrated that you could be forgiven for thinking progress was being made entirely by the 2.0-litre diesel engine.

Assistance from the battery is subtle and only under acceleration, allowing the car to reach 62mph from rest in 7.6sec, which is spritely given the XC90’s heft. There’s no on-screen indication that the motor is doing anything, other than the higher than expected touring economy. Although we couldn’t match Volvo’s claimed 44mpg, an average in the upper-30s is still very respectable for a seven-seat SUV weighing more than two tonnes.

It's noticeable how much smoother the electric starter/generator is on ignition, with no sense of shudder or rough edges from the stop/start system while in traffic. Everywhere else, there’s little deviation from Volvo’s established formula.

That means a largely comfortable and relaxed ride, although because our test car did without the optional air suspension, it could still feel firm over particularly poor stretches of B-road. However, it holds itself well over most surfaces, with consistent if rather numb steering and the kind of predictable body control that we’ve come to expect from Volvo’s cars. It’s far less engaging than a BMW X5 or Land Rover Discovery but suits those who want their large family transport to be mature and reliable above all else.

Inside, Volvo’s Scandinavian minimalism remains largely the same as before, with the biggest additions for 2019 being to the 9.0in portrait-oriented Sensus infotainment system.

Android Auto has been added for the first time, alongside the Apple CarPlay functionality that was already available in the old car. It helps the system to feel up to date, even if the all-digital instrument cluster isn’t quite as customisable as some rivals' and the interface isn’t quite as simple to control as it initially appears. Swipe away from the main menu and the entire screen full of icons that appears can be overwhelming while on the move.

That doesn’t detract from what is still a high-quality cabin that’s delightfully minimal. Even migrating the climate controls to the touchscreen has been done in a way that doesn’t infuriate, unlike in many competitor cars. 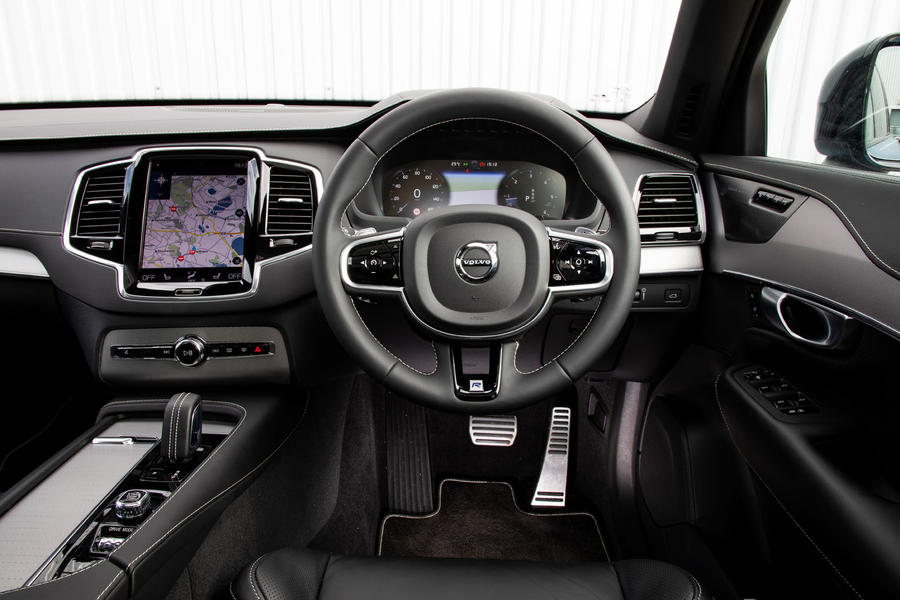 It seems fairly certain that a lot of Volvo’s customers will. The B5 might lacks the T8 Twin Engine PHEV’s ability to make short-range, zero-emissions trips (assuming you remember to plug it in every night) but it is some £10,000 cheaper and largely succeeds as a starting point towards electrification.

Although fuel economy isn’t dramatically better than with the outgoing D5 diesel, any improvement is welcome, and with the D5 now scrubbed from order books, there are no awkward questions over whether a non-hybrid would make for lower benefit in kind or VED tax bands.

That it also makes for a more refined driving experience is perhaps just as significant and helps cement the XC90’s place among the upper echelon of premium SUVs. 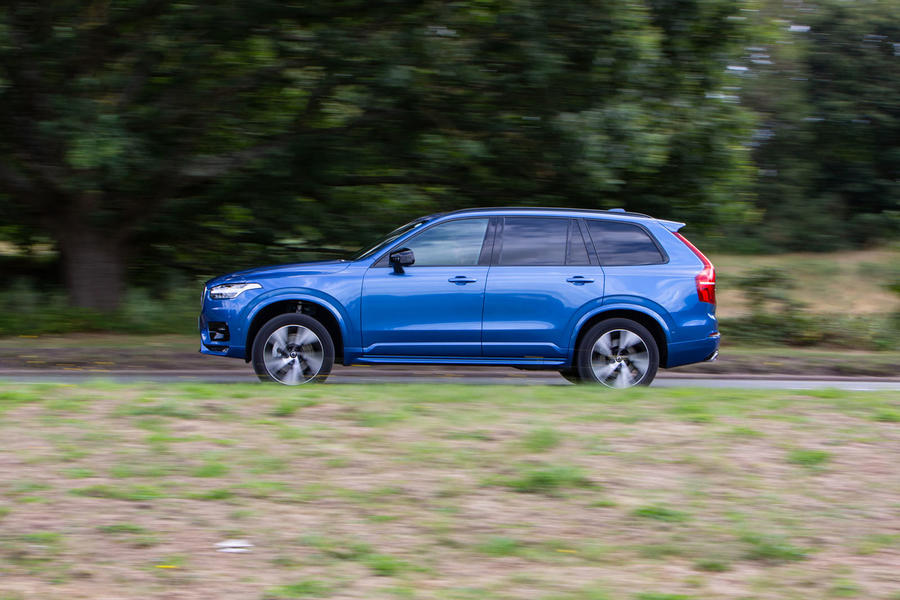 Regularly get over 40mpg

The latest being 42mpg between lakes como and Guarda.

I would echo the seamless nature of the kers.

And boy does it shift when you need to overtake!

I don't think you can use the size of an engine to define a car's worth these days. An a45s with a 2.0 4 pot makes over 400bhp..that was supercar standards not too long ago. Even now, the Ford GT has a 6 figure price tag with a 3.5 v6...that was a 350z a little while ago, albeit without the turbo.

The reality is altough it may not be suitable for real car enthusiasts, it will be more than enough for most.