From £36,0406
V6 petrol power comes to Volkswagen's flagship model but fails to make a strong case for itself
Open gallery
Close

The impact of Dieselgate is now being seen in the most unlikely of places. The widespread switch away from the fuel since you-know-what has now even reached big, heavy SUVs like the Volkswagen Volkswagen Touareg, which have almost universally been fuelled by the black pump this century.

Big diesels, with huge amounts of low-end torque and significantly better real-world fuel economy, are nearly always better suited than petrols to cars like the Touareg, but here comes a surprise new arrival in the engine range of Volkswagen's range-topper: a V6 petrol.

The turbocharged 3.0-litre V6 is familiar from other big Volkswagen Group SUVs using the MLB Evo platform, including Audi’s Audi Q7 and Audi Q8 and the Porsche Cayenne. It’s a potent engine, producing 335bhp and 332lb ft, and drive is sent to all four wheels through an eight-speed automatic gearbox.

The rest of the Touareg fare is present elsewhere, although the engine does bring a 50kg weight reduction over the V6 diesel and the towing capacity remains unchanged. 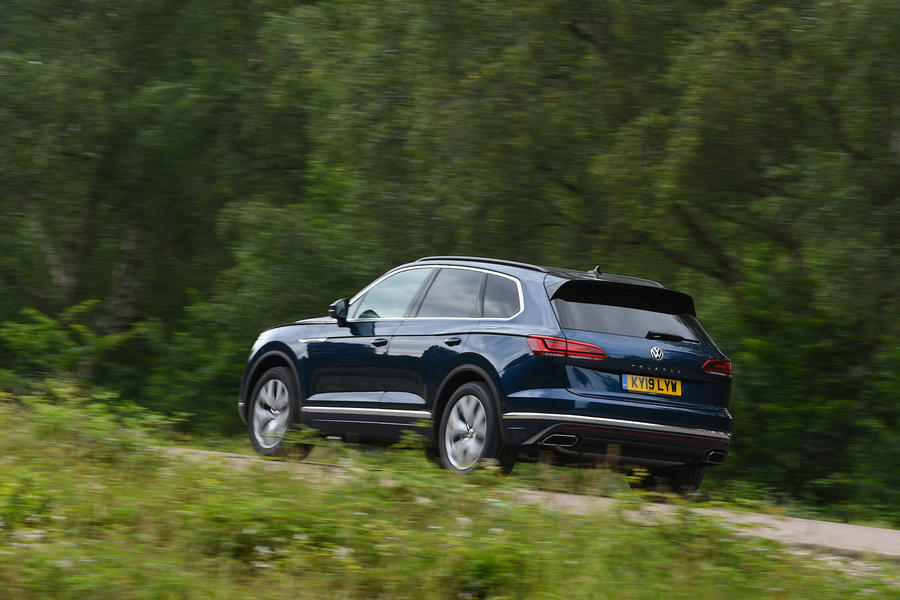 Driving this Touareg makes you realise why petrols have dwindled so much in this class over the years. While the V6 is quiet and refined, and has a decent punch up the rev range, your eyes are always drawn to the live fuel economy figure on the digital instrument screen. When driving around town and on shorter journeys, you’ll struggle to get that number out of the teens. In such a high-tech car to look at and sit in, this feels a good generation or two old to experience. The official WLTP combined figure of 25.6mpg is at least a pretty accurate reflection of what you can expect on a longer run.

This is worth flagging so early because such running costs undermine the case for this Touareg, when the V6 diesel version offers not only far superior economy but also better driveability in such a big car. The petrol engine lacks the low-end potency so vital in getting a heavy car like this moving, and you have to kick down to really feel its reserves (and it does then feel very brisk). Its figures might look very good indeed on paper, but the engine lacks the kind of real-world, easily accessible flexibility that we’ve become used to from large-capacity diesels. Or rather the way it has been tuned with the transmission and with a stiff throttle pedal for the first 50% of travel to try to mitigate the poor economy.

Leave the transmission in Normal driving mode and don't press the throttle hard enough to kick down and it all feels rather lazy and glacial. Moving the shift selector to Sport mode does sharpen responses, however. It seems Sport should really be the standard mode, with the default one feeling more like a power-sapping Eco mode. It's a shame the appeal of a big, powerful engine has been blunted so much in how it's been integrated into this car.

The lighter weight over the diesel version isn’t something you can really notice in the Touareg’s handling, given the car still weighs more than two tonnes. As such, it’s all very familiar from the diesel, which is no bad thing. Its ride is smooth and comfortable and the handling predictable if never involving. Given the engine is a quiet one, this Touareg makes for a very comfortable and compelling car for covering long distances in, if a pricey one to run while doing so.

The rest of the package also carries over unchanged from the diesel version. That means everything we liked from the Touareg we road tested last year – its spacious interior, strong equipment levels and off-road potential – is present, along with everything we were less keen on: the poor usability of the 15.0in infotainment touchscreen, the sheer size of the car and an overall lack of desirability for such an expensive product. 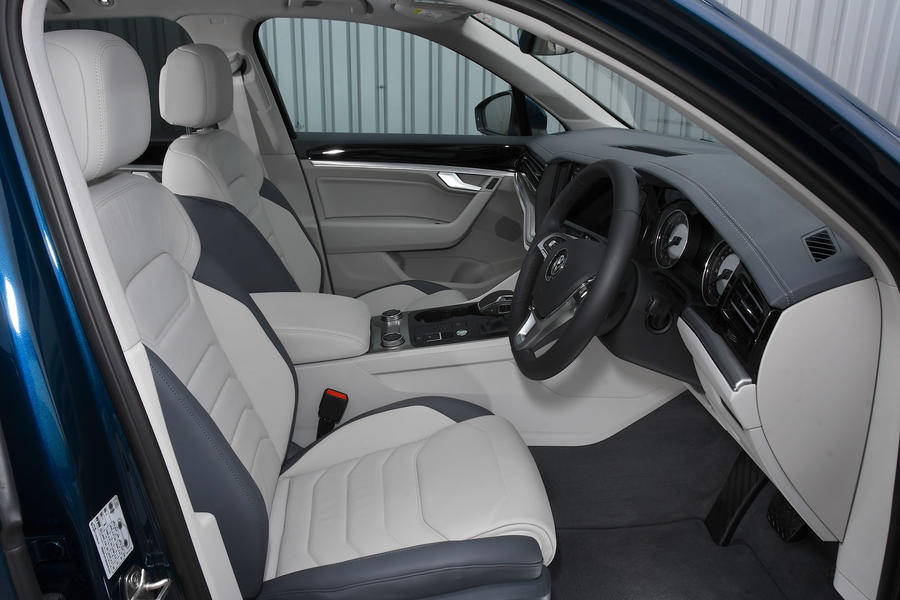 It’s very hard to see who this particular version of the Touareg is really aimed at. If you’re really dead against the idea of diesel, it’s likely you’re not that enamoured by the idea of a £50,000-plus Volkswagen SUV whatever powers it. And if the idea of a big petrol engine appeals, the way this one has been tuned does not.

The Touareg, interesting car as it is, wasn’t a complete package when it was launched last year, and this latest engine option does little to further its cause. 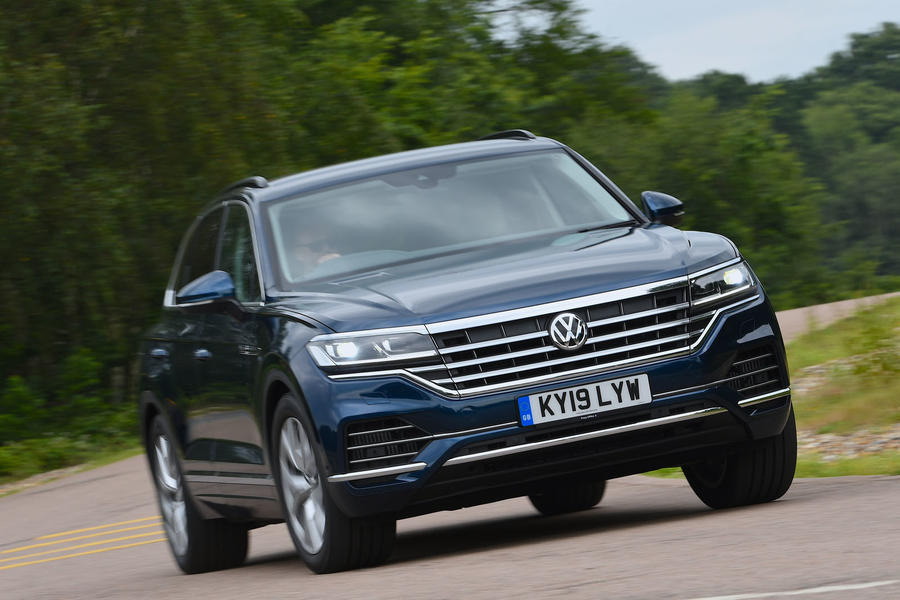 Ah, how I miss British Leyland, with thier torque laden lumps - that's what you need in a vehicle like this, not power high up in the rev range. Otherwise you feel like you have to thrash it every time you pull away from the lights.
Will86 4 July 2019

I see plenty of new Touaregs

I've actually been surprised how many new Touaregs seem to be on the road and I have to say I like them. They are pleasingly understated (aside perhaps from the grill), look smart and are very capable cars. To my eyes it's preferable to a Q7. And how fast do you really need to go - I'm sure it has plenty of power for everyday driving.

Given that real world fuel databases show that the actual average mpg of V6 diesel Touregs is about 27-28mpg it will be interesting to see how far away this petrol actually is.  Especially since diesel is still generally more expensive than petrol.