Probably one of the more niche choices in the Volkswagen line-up. With all of the unfavourable press diesel has been getting recently, cars such as this oil-burning Polo supermini are falling out of favour with the general public. So far, 2018 has seen diesel sales as a whole drop by nearly a third compared with the same period last year, says the SMMT.

Nevertheless, there are still those who might find the idea of a small, affordable and economical supermini an appealing one - namely fleet buyers, we’re guessing - or else Volkswagen wouldn’t offer one.

Well, offer two, more specifically. In addition to the numerous petrol-engined variants you can buy, the Polo is also available with a 1.6-litre, four-cylinder diesel, which develops 79bhp in its most basic state of tune and 94bhp in our £19,690 SEL-specification test car.

In addition to the healthy level of kit that comes at this trim level - think 8.0in Discover Navigation infotainment system, Apple CarPlay and Android Auto connectivity, all-round parking sensors and plenty of active safety tech - you’ll also get a Polo that’s cheap to tax, and cheap to run. Volkswagen claims it’ll manage 74.3mpg on the combined cycle, while CO2 emissions of 99g/km mean it has a benefit-in-kind rate of 24%. 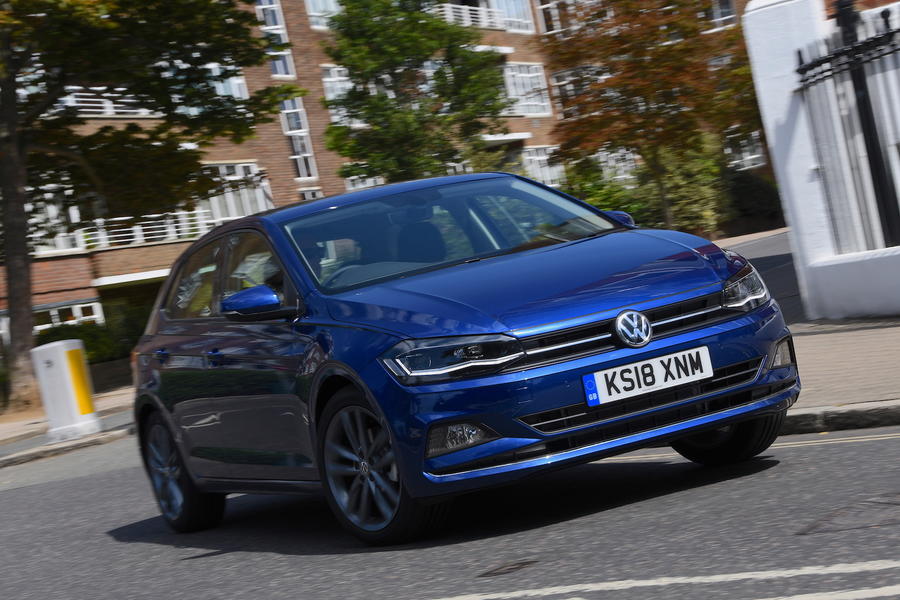 While there’s not a huge amount here for keener drivers to get excited about, the Polo TDI retains the sure-footed, predictable dynamic qualities of its petrol-powered brethren. The steering is reasonably light and relatively quick, lending the Polo plenty of agility around town, while at motorway speeds it carries with it the same sense of calm you’d find in a larger Volkswagen Group product. It’s not quite as nimble or rewarding as an equivalent Ford Fiesta or Seat Ibiza, though.

Its strut-type front and torsion beam rear suspension keep lateral roll and vertical travel in check through bends and over undulating surfaces, while its low-speed ride is - for the most part - equally as comfortable and inoffensive. Our only complaint here is that the optional 17in alloys fitted to our test vehicle emphasise imperfections in the road surface to a degree that the standard 16s do not.

That diesel engine, meanwhile, lends the Polo a fair amount of punch. While its 185lb ft of torque is available from 1500rpm, it doesn’t feel particularly enthusiastic until the revs stray above 2000rpm - at which point the acceleration will arrive in a surge. Refinement isn’t particularly noteworthy, either, with a noticeable grumble both at a standstill and under throttle. Still, once you’re up to speed, things settle down.

Getting up to speed is an easy process too. The pedals are all sensibly spaced and weighted, while the five-speed manual transmission that comes as standard at this level is positive and short in throw. It’s not going to make you want to engage with it more than you need to, though. The driving position, meanwhile, is spot on thanks to plenty of adjustability in the seats and steering column.

As for the cabin, it carries with it a more upmarket feel than you get from many other contenders in this market segment. Central to this is Volkswagen’s Discover Navigation infotainment system that - thanks to its slick graphics and sharp responsiveness - is about as close to class-leading as you can get. Our test car also featured the Active Info Display, which replaces the Polo’s standard dials with a 10.3in TFT customisable screen that can show the sat nav map in-between the dials, trip information, phone contacts and more. In a similar fashion to the 8.0in screen in the central dash fascia, the Active Info Display is incredibly easy to read and interact with, and certainly worth the £325 asking price.

Interior space, meanwhile, isn’t quite as tight as you may expect it to be in a car in this class. Two adults will be able to sit in the back in reasonable comfort - provided they’re around the six-foot mark - owing to decent leg and head room. Bootspace, meanwhile, comes in at 351 litres with the rear seats in place. By way of comparison, a Seat Ibiza has 355 litres, while a Honda Jazz manages 354. 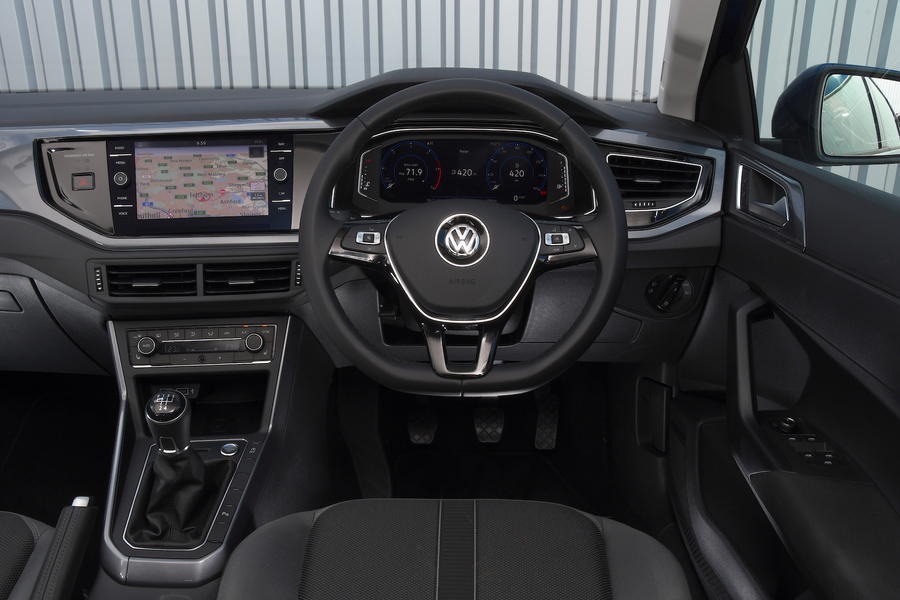 Unless you’re absolutely adamant that you’re going to be spending a good deal of time covering a good deal of miles, chances are you’ll be better off going for one of the petrol-powered Polos. In the same SEL specification as our test car, a 1.0-litre, 113bhp petrol model costs £1130 less, emits 7g/km of CO2 more and manages a claimed 60.1mpg economy figure.

Those who opt for the 1.6 TDI, though, should know it’s predicted to fare reasonably well against its rivals as far as depreciation is concerned. Over three years and 36,000 miles, it’s expected to retain 40% of its value. By comparison, the petrol Polo is forecast to hold 43%, while the comparable diesel Ford Fiesta and Seat Ibiza will manage 39% and 32% respectively. 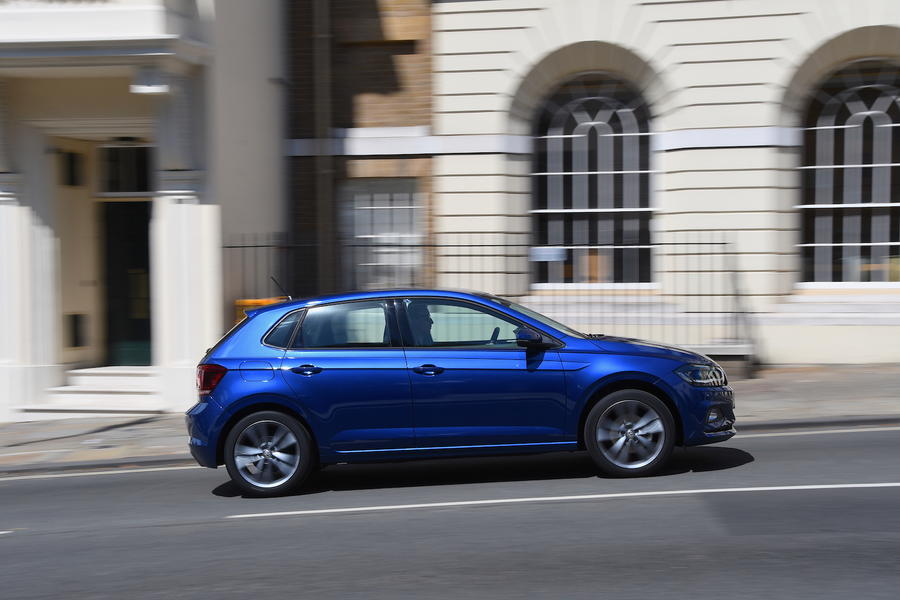 Yep, same old adage, if you don’t cover the miles and I mean a lot of miles, then, buying a Petrol is the way to go, Wife has a 16’plate Ibiza Fr, it does 48mpg on her daily commute and I dare say on a longer journey it would do over 50mpg, it’s comfortable, quiet seats four plenty head room in the back and the Boot is fine, but, it’s a few quid cheaper than the VW product, build might not be VW quality, but it’s still good, and after all it’s built on the same VW previous gen chassis and in Fr spec it’s sharp handler tidy through the twisty bits....

Given that fuel economy is

Given that fuel economy is the main or only selling point of this car, it would be good to get an idea of real world consumption. The petrols will deliver an easy 45mpg.

Nice to see more details in the review

Having more figures is always welcome, but running the numbers shows this diesel really doesn't stack up. Over 3 years and 36k (which isn't enough miles to justify a diesel) the diesel will loose more than £1200 in value compared to the petrol. Factor in the extra cost of diesel over petrol, the potentially higher servicing and insurance costs and I can't see the diesel making financial sense.

Hurry up with the 1.5 petrol

Hurry up with the 1.5 petrol

I've seen a few of these out

I've seen a few of these out and about now, they're very plain looking, podgy even, and of course no 3-door version which added a little bit of visual interest to the previous model.  And no mention of the superior quality of the interior plastics?

I've seen a few of these out and about now, they're very plain looking, podgy even, and of course no 3-door version which added a little bit of visual interest to the previous model.  And no mention of the superior quality of the interior plastics?

I've been in the back of a petrol one, roomy, slighty unsettled ride, no grab handles and the plastics are like what you would find in the back of a Ford. And why so many creases on the outside? It looks like they did not know when to stop.

I've been in the back of a petrol one, roomy, slighty unsettled ride, no grab handles and the plastics are like what you would find in the back of a Ford. And why so many creases on the outside? It looks like they did not know when to stop.

Exactly.  It's an overwrought mess compared with its predecessor,  which had an elegant robustness to its design.

As we get close to WLTP the T-Roc and now Polo suddenly get the 1.6 derv. If rumours are true then Co2 levels have jumped quite a bit on petrol cars under WLTP and a lesser degree derv swinging the pendulum back to derv. This will effect tax and fuel economy... Does VAG know something we don’t???

12 August 2018
Almost by definition, no supermini can be characterised as 'upmarket'. They're cheap and (sometimes) cheerful little urban runabouts built down to a price. And as for diesel, these polluting powerplants have no place in congested towns and cities. Has VW learnt nothing from the past few years?

And as for diesel, these polluting powerplants have no place in congested towns and cities. Has VW learnt nothing from the past few years?

That is a Daily Mail style quote! Have a good look at Euro 6.2 with AdBlue and you will find that derv is actually cleaner than many Euro 6 petrols which have now had to have a GPF fitted to reduce particulate matter from to meet WLTP. You will find some so called 'clean' petrols will have much high levels of Co2 than diesel. You take your pick - higher NoX via derv or higher Co2 via petrol neither is that good TBH...

VAG got us into this mess then the media and government went OTT on derv so we now have rising Co2 levels. Derv is not done yet although will die before petrol as too costly to keep emssions down.