Volkswagen's trendiest special edition tasked with bringing down the average age of the Polo buyer. With the under-30s flooding to other VW Group brands, such as Seat, the tie-in with Dr Dre’s (now Apple-owned) sound system company is an attempt at adding personality to one of the supermini class’s more conservative offerings.

The treatment proved such a success when it arrived late in the last Polo’s life cycle that it’s gone on sale almost from launch this time around. Essentially, VW takes the standard SE-spec Polo and replaces the rather limp stereo with a Beats seven-speaker, 300W sound system, an eight-channel amplifier and a subwoofer hidden in the boot. Sick, etc…

That’s not the full extent of the down-with-the-kids treatment, though, since the Beats edition also receives a two-tone stripe running along the bonnet and roof, Beats logos throughout, funkier seat trim and rear tinted windows, while 16in diamond-turned alloy wheels complete the look.

Standard kit includes the Composition Media System with an 8.0in touchscreen, auto headlights, electric windows all round and a leather-wrapped steering wheel. 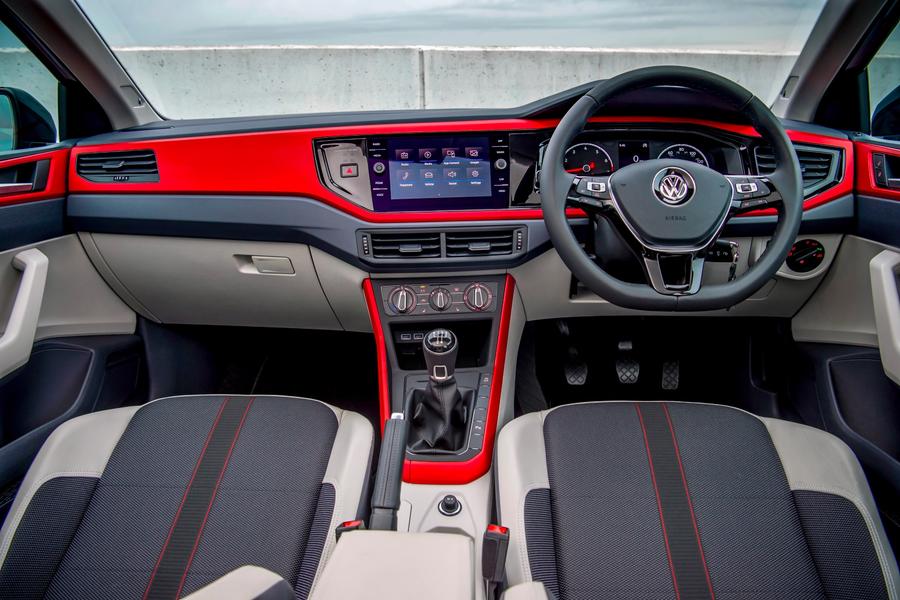 While we get what VW is trying to achieve, the Beats treatment seems a little at odds with what is otherwise a commendably grown-up and fuss-free small car. The double bonnet stripe certainly won’t be to all tastes and, for some strange reason, the larger of the two stripes takes the Polo’s existing body colour and is therefore barely visible unless you look from an angle in bright sunlight.

Yet, personal views on the looks aside, there’s more appeal to be found inside. The Beats system offers plenty of punch and is bass-heavy even before you’ve fiddled with the equaliser, so that's certain to please the car’s target audience. It pairs nicely with VW’s excellent touchscreen infotainment system, offering all the connectivity a twentysomething user is likely to need.

The rest of the cabin still sets the standard for both fit and finish and ergonomics among the Polo’s mainstream competitors. There’s plenty of space for four adults and a useful boot, but other than the more appealing seat trim and lighter plastics there’s little internally to distinguish it from a regular SE model.

VW is only offering the Polo Beats with the smallest engines in the range — again, reflective of the young, insurance-conscious buyers it's hoping to attract. The lion’s share of sales will come from the 1.0-litre petrol, available in 64bhp, 74bhp and (turbocharged) 94bhp forms. But we’re testing what’s likely to be a niche seller in the UK, the 79bhp 1.6-litre diesel variant.

It’ll be a rare sight, not least because diesel is hardly flavour of the month, and oil-burning superminis haven’t historically sold in great numbers. It deserves to be, too — there’s nothing particularly wrong with it, but the peppy petrols fit in best with the Polo’s town-biased identity.

The four-pot 1.6 TDI replaces the ageing three-pot 1.4 version used in the previous Polo and fares considerably better in matters of refinement. There’s much less vibration through the controls, while the traditional diesel grumble is only noticeable when you extend it beyond 3000rpm.

With a 14bhp and 10lb ft deficit compared with the more powerful 1.6 diesel we tested last week, this 79bhp unit offers nothing more than adequate performance. The 0-62mph sprint takes a yawning 12.9sec; although it doesn’t feel quite that slow due to its torquey mid-range, those often engaging in out-of-town activities will find themselves stirring the positive five-speed gearbox frequently to make progress.

Still, there’s no arguing with the impressive (and not totally unrealistic) economy claims, meaning higher-mileage drivers will continue to struggle to justify the petrols. But it’s disappointing that the claimed figures for the 79bhp version are exactly the same as the more powerful diesel.

With no suspension changes for the Beats edition, the rest of the driving experience is unchanged. The Polo reflects the dynamic qualities of its bigger brother, the Golf, in being an utterly sure-footed, composed and predictable steer. It corners with decent agility, while light controls make it a doddle to thread around town. It’s also commendably refined and mature-feeling on a motorway.

However, it still lacks the engagement and general driver appeal of the Ford Fiesta and even its Spanish sibling, the Seat Ibiza, drawing the line at competence and rarely putting a smile on your face. The normally comfortable and controlled ride is affected by the optional 17in wheels of our test car, too, transmitting more surface imperfections and road roar into the cabin than we'd like.

Underneath the largely superficial Beats treatment, the Polo remains one of the most solidly built, grown-up and complete small cars on the market. For those who want refinement and a big-car feel from their supermini, there’s still little else that can touch it.

But all that is at odds with the try-hard funkiness of this Beats car. Put simply, the Ibiza seems like a far more suitable car for such additions, while the cheaper Polo SE offers a better balance of kit and price.

We’re still convinced that the petrol models will make more sense for the vast majority of Polo buyers. Unless you can offset the £1500 list price jump over the excellent 1.0 TSI petrol with fuel savings, it’s not a particularly enticing prospect. 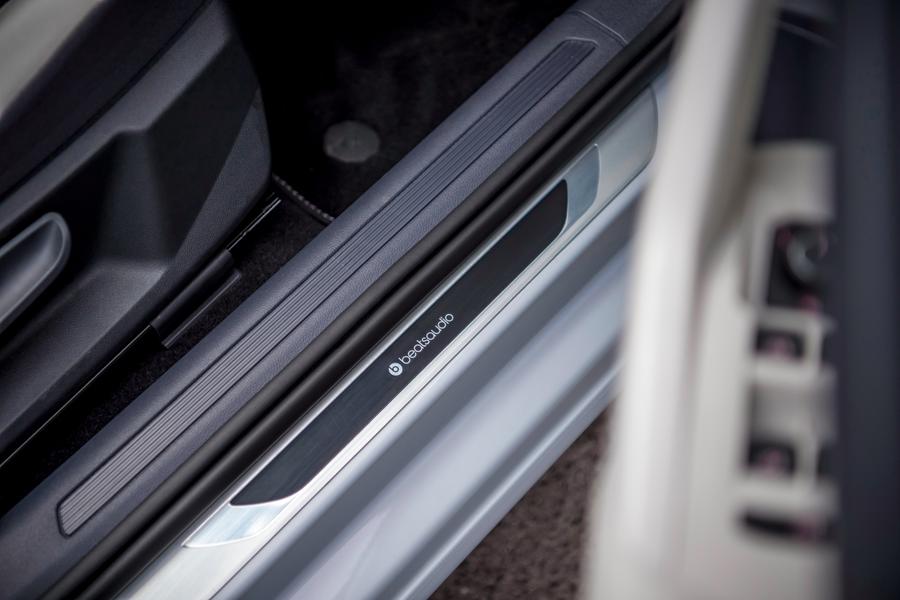 Or is such power needed simply to overcome the rattling of the compression ignition engine up front?

Otherwise this seems like an eminently sensible, if rather dull small car. A strange combination!

I dont think i have ever heard 'Beats' referred to as quality before. I think they are all about a huge bass line, certainly not something Morse would have had, or approved of!

The sound system in my GTD is standard (not Dynaudio) and sounds pretty damn great. Several passengers have said the same so it's just not me talking. I know there are far better systems out there though, that's for sure.

15 August 2018
So even with fuel savings it is not that sensible. It will make even less sense when parts of the complex exhaust start dissolving.

Will appeal to 20,30 yrs olds, full of the tech the apparently need want, the fact it goes allegedly 74mpg in reasonable comfort and isn’t that expensive isn’t their first consideration.

VW is slowly taking over as

VW is slowly taking over as the ‘youths’ choice of car - this with its stripes, garish interior and banging beats branded stereo... making the Corsa and Fiesta look more classy...

The latest Polo is quite a

The latest Polo is quite a bloated looking car, running a thin stripe over the roof and bonnet looks a bit silly really.

In my youth it was Renault for me, this is at least "in colour" rather than the usual VW monochrome "george orwell 1984" style. "Enjoy your youth the boring bits can wait till later on"

I'll tell you what this car is - it's a modern day interpretation of the Lancia Beta Hi-Fi. Those with long memories might recall that this was a special edition based on the Beta Coupe at the time of the infamous rust scare when selling any sort of Lancia was challenging in the extreme.