Potentially, this is the ultimate Volkswagen Amarok. Or at least we hope it will be, given this one within striking distance of £47,000 - excluding the VAT discount that attracts so many business users to pick-up trucks.

That’s not an overwhelming shock, but it’s a bit rich given VW’s Nissan Navara rival starts at £30k with a lightly detuned version of the same 3.0-litre V6 diesel engine. It’s also more expensive than a top-spec Mercedes X-Class with its diesel V6.

But let’s gloss over the price for a bit and look at what you get. The Aventura is Volkswagen’s riposte to the creeping gentrification of pick-ups that the X-Class rapidly accelerated. Exterior upgrades include 20-inch wheels, chromed side steps with LED floodlighting and a body-colour ‘sports bar’ sporting Aventura badging. There’s also some slightly tacky ‘4Motion’ graphics on the side of the load bed, which (thankfully) look like they can be removed without much effort.

Inside things are a bit less showy, with only a few trim upgrades. The main highlight is the softer Nappa leather seats, which are both 14-way adjustable and heated in the front.

With the venerable VW Group 3.0-litre V6 diesel turned up to 11 and putting out 254bhp (the middling 221bhp version has gone, but the base 201bhp tun remains) the Amarok Aventura is now officially the fastest-accelerating pick-up on sale in the UK, pipping the V6 X-Class by one-tenth of a second. Every little helps. 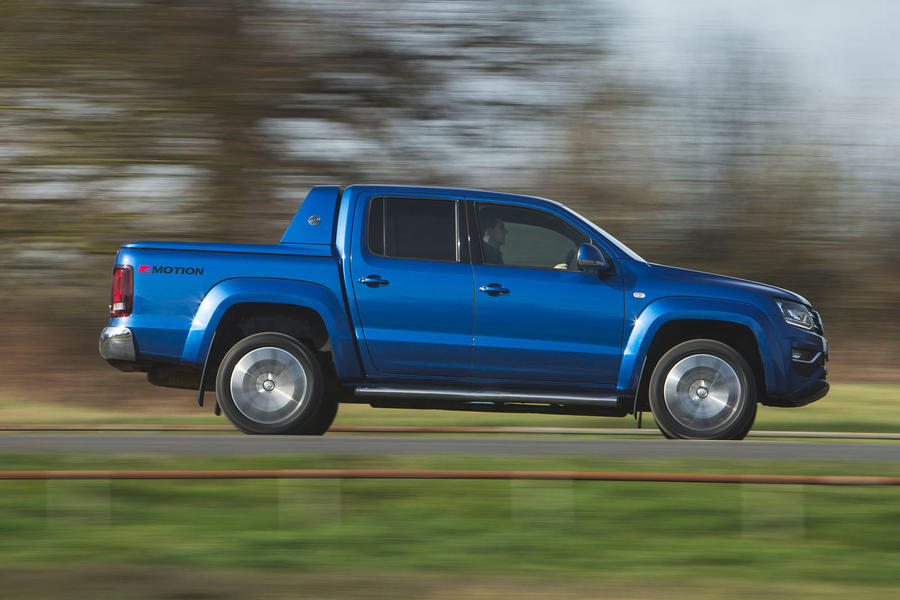 No amount of jazzy decals and posh badging is going to disguise the Volkswagen Amarok’s conception as a commercial vehicle. Let’s just get that on the record at the start.

These are vehicles built expressly for the purpose of carrying or towing heavy things, and everything else is secondary to that. You can throw as much equipment as you like at a pick-up, and generally speaking you’re still going to have something that’s inferior to a family SUV in terms of on-road capability, comfort and refinement.

With that bit of housekeeping out of the way, things are pretty positive Despite having been on sale since 2011, recent mid-life changes to the Amarok have re-established what was already a highly competitive truck.

The most welcome aspect of those updates was the adoption of the V6 diesel. It feels gutsy enough in base form, but with its full potential released in this spec it’s not just fast for an oil-burning pick-up, it’s fast full-stop.

The 7.4 sec 0-62mph time reflects that pace to an extent, but its the in-gear shove that’s truly mighty given its sheer bulk. Matched to an eight-speed automatic gearbox that’s reasonably well-mannered for a truck of this type, the way speed builds as you plant your foot from, say, 30mph will both put a smile on your face and raise other motorists’ eyebrows.

But it’s the way the powertrain matches the grunt with genuine SUV refinement that impresses just as much. The engine isn’t as smooth as it is when fitted to a Volkswagen Touareg, for example, but it’s not far off, and a good deal less clattery than the four-cylinder units found in most trucks of this ilk. Only intrusive wind-noise at speed, thanks to the Amarok’s brick-like aerodynamic qualities, reminds you of its roots.

The Aventura maintain’s the standard Amarok’s vice-free handling characteristics and good rolling comfort, too. There is some sacrifice to the low-speed ride afforded by the larger wheels, but there’s still a healthy chunk of sidewall to cushion your load from the worst Britain’s roads have to offer. The lack of selectable four-wheel drive may put some off, however - we’ve no doubt it’s capable in the rough, yet being able to switch between two and four driven wheels via a switch is an old-school comfort many pick-up buyers wish to keep.

We’re not convinced that the Aventura’s cabin additions are enough to snatch the ‘poshest cab’ title from the Mercedes-Benz X-Class, either. The leather feels nice enough, but it’s clear the materials used in the rest of the interior were design to withstand rough treatment rather than to offer premium tactility. The dash design is also far, far removed from the slick infotainment and premium feel of a Touareg. 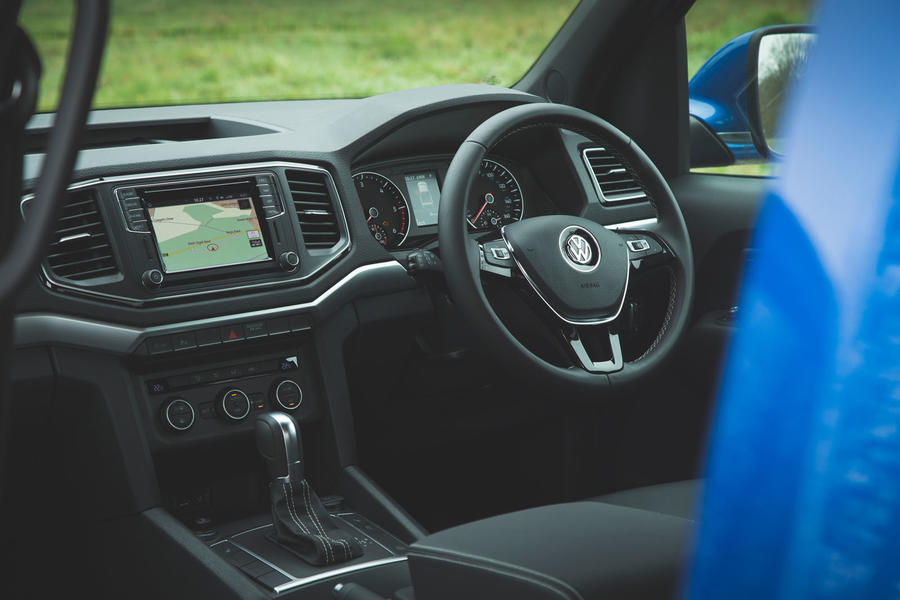 Only if you simply must have that upgraded exterior look, or your local dealer offers it up with a seriously good deal.

Put simply, it’s not enough of an upgrade over the standard Amarok to warrant the price. If it’s a luxury truck you want, an X-Class is a more convincing proposition for the money. If you’re more comfortable with the VW’s utility focus, Highline spec gets everything you need for a price nearer £40k.

That’s not to take away from the fact that this is a very accomplished vehicle, both utterly useable as a family car and capable as a workhorse. It’s just a little out of its comfort zone at this price. 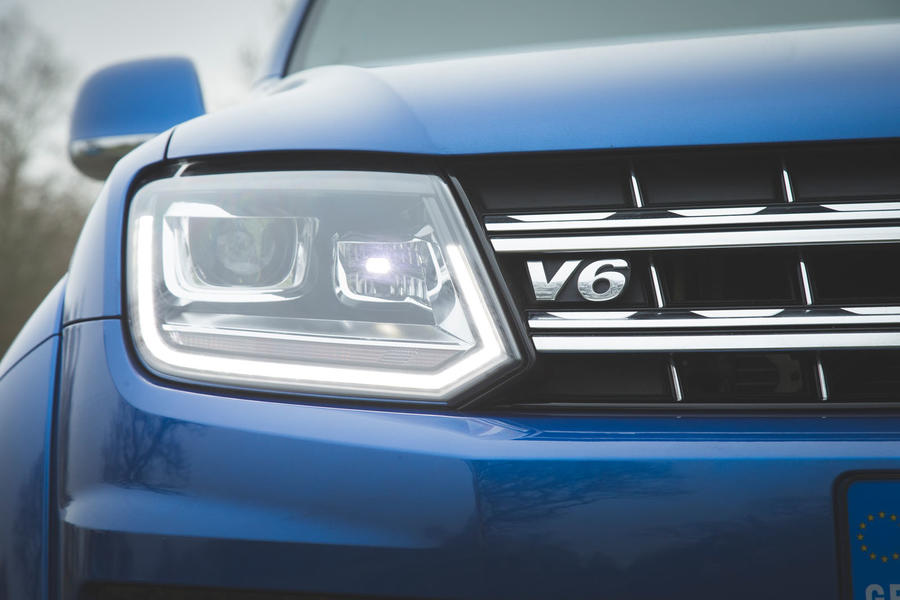 As far as I know there is no V6 diesel Navara, and it there was it wouldn't be a detuned VW engine

If it has there's a reason for it

Does it still still have drum

Does it still still have drum brakes at the rear?