The recently simplified UK range of the Model S, the BMW 5 Series-sized four-door saloon that took Elon Musk’s electric car marque to global prominence following its launch in 2012, starts with the all-wheel-drive 75D.

More to the point, an owner prepared to put down a deposit around £10,000 can run one of these over a three-year term for £600-700 a month, which is what most business-oriented owners seem to do.

The Model S is a four-door saloon, updated front and rear a couple of years ago so that it belies its age, and it’s still the Tesla you’re most likely to see — at least until supplies of the smaller, cheaper Model 3 (the one they seem to have so much trouble producing in volume) improve.

Tesla is unaccountably coy about specifying the total output of the two electric drive motors (one on the front axle, one on the rear) and outputs vary according to model, but the 75D seems to pack a total of 415bhp, giving it the impressive performance credentials of a 140mph top speed and 4.2sec 0-60mph acceleration time.

The '75' refers to a 75kWh battery (there are faster and more expensive '100' models offered in UK for up to £40,000 more) but the virtue of this entry model is that its battery — good for a realistic range around 230 miles — saves around 200kg in weight on its siblings and costs considerable less because, as is becoming well known with electric cars, the battery is the expensive bit. 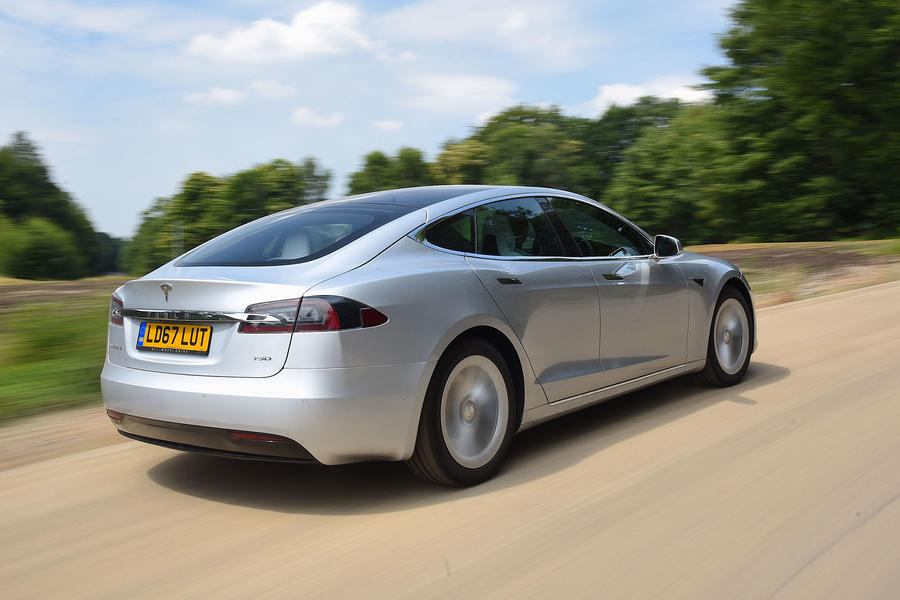 It’s a handsome beast, especially now that the frontal styling has been modernised and simplified. It’s 'refined American' in character, but well-sized for our roads so that it won’t upset someone used to the more conventional Jaguars and German executive saloons to which it makes an interesting alternative.

Inside, providing you’ve had the premium upgrades, the car is pleasantly modern. The fascia is dominated by a massive screen that is central to the driver’s activities and can be configured in a variety of ways, presenting the car’s running history in large and impressive detail, perhaps, or providing the biggest navigation screen going. Or, of course, showing details of the audio system (very impressive in our car, with its performance laid bare by the lack of mechanical noise and vibration) or ventilation.

The car is simple to drive, of course, like the simples of automatics. You use buttons to choose forward or reverse motion, or a park mode, and that’s about it. The performance — especially acceleration — is highly accessible; it accelerates very strongly, and especially quick off the mark in traffic (versus more conventional cars) because there’s so little to do, and the response of the motors is clean and instant. Those who’ve never driven a modern electric car are in for a treat.

The handling is good, mostly because the car’s weight is centred in the battery, which is extremely low in the car. The steering sets a good European standard for effort, gearing and accuracy, although it doesn’t quite have the precision of the very best from the likes of Jaguar. You’re always aware of the 75D’s 2100kg mass as it corners or brakes, but it’s a curiosity rather than a difficulty. But laden with luggage and people, it goes well into Range Rover territory.

There’s little sense of this being an entry-level Model S, and even the range (you start getting restless as you approach 200 miles) isn’t a problem given the exemplary availability of Tesla’s Supercharger network, especially in the UK’s more populated areas, and its speed of charging. A half-hour coffee break gives you an 80% boost, enough for another 180-odd miles. And, at present (in contrast to all others), that boost is a freebie.

Faults? The under-floor battery makes the floor high, especially in the rear, in a way that doesn’t affect (for instance) Jaguar’s new Jaguar I-Pace SUV because it starts off taller. The Model S's front screen pillars are about the thickest of any car I can remember, meaning you really need to be careful at intersections. Oh, and the friction brakes are overlight, so when you need to wash off the past 20mph at an intersection (having used the regenerative braking to attain low speed) it’s hard to stop with the smoothness we’re used to in conventional systems. 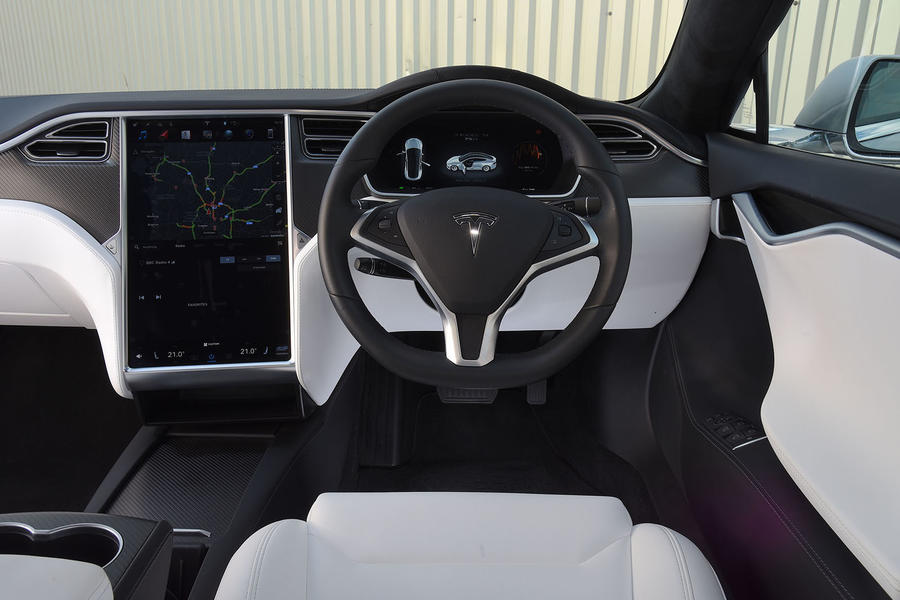 For serious users of a single electric saloon car, it’s hard to see a better choice than this, at least for the time being.

The 75D’s cruising range, combined with the ease of use of the Supercharger network, make this the UK’s most practical biggish electric car now — and this looks to be the case for the next few years.

Residuals are good (especially for lower-end models) and the car seems quite well made, too. For now, and for a while to come, the others still have Tesla to beat. 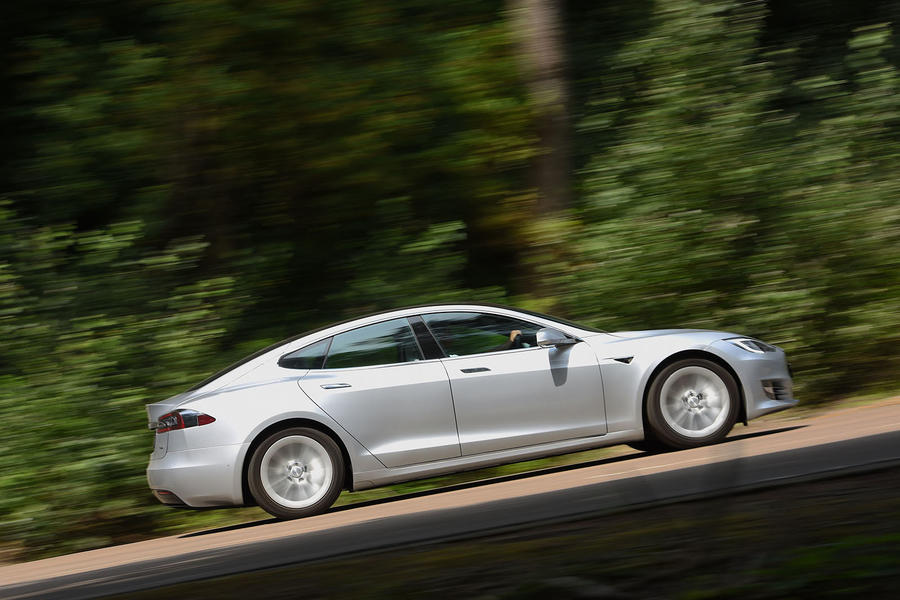 I have just taken delivery of my new 75D S two weeks ago. The best range i can get on motorway is around 160-170 miles driving at a steady 70mph. Around town over 2/3 days driving this drops to 130 miles !

I cant beleive the figures quoted in this article. Is anyone able to get 230 miles range on normal driving?

Needless to say Tesla after sales service is slow and in different to the whole matter!

As an ex full EV owner (now a PHEV) the availability of the Supercharger network even if it is not free is worth a great deal. Much that I like the iPace the lack of a cohesive charging network would make me think twice if I was in that market.  We owned a Zoe for 3 years & currently have a Kia Niro plug-in so I am talking from actual experience.

Nobody seems to mention how

Nobody seems to mention how wide the Model S is. I am sure its fine in the USA but for the uk its not only wider than its obvious competition (iPace, 5 series, A7, E-Class and XF) but also the class above (A8, S-Class and 7 series).  Its just too big, uk parking spaces (and towns!) are just not big enough for this kind of car. The model X is worse again.