From £12,3057
Skoda's boxy supermini has been treated to a midlife refresh, but is it enough to keep it competitive?
Open gallery
Close

In the context of its immediate Volkswagen Group rivals, the latest Skoda Fabia supermini could almost be seen as something resembling the youngest sibling.

While the likes of the Seat Ibiza and Volkswagen Polo have been treated to total overhauls, complete with newfangled MQB-A0 platforms, upgraded tech and sharp new exteriors, the third-generation Fabia — which has now been facelifted for 2018 — is still, to an extent, kicking about in last year’s hand-me-downs.

Beneath that subtly revised exterior, including new headlights and bumpers, as well as a new front grille, sits the older PQ26 platform that’s underpinned the Mk3 Fabia since it entered production in 2014. It’s something of an amalgamation of the PQ25 platform used by the likes of the Mk5 Volkswagen Polo and the now ubiquitous MQB platform,

This means there’s the same MacPherson strut front and torsion beam rear suspension arrangement in the pre-facelift Fabia, while power comes from a line-up of 1.0-litre three-cylinder TSI and MPI petrol engines. All of these powerplants now benefit from upgraded engine management systems and a second catalytic converter, while the TSI units also gain petrol particulate filters.

With no go-faster vRS model on offer — or even on the cards, for that matter — power outputs are decidedly modest. The two MPI engines range from 59bhp to 75bhp, while the TSI units come in 94bhp and 109bhp flavours. For the purpose of this European first drive, we opted for the 94bhp unit. 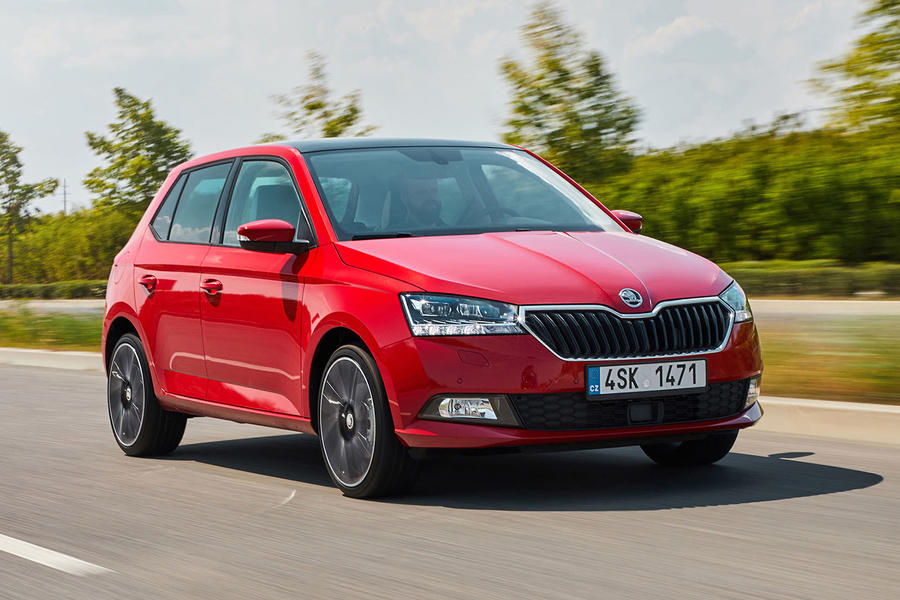 Unsurprisingly, this engine isn’t a heavy-hitter, but there’s more than enough pep on offer to get the Fabia moving. The gearlever’s action is pleasingly crisp and encourages you to interact with it to keep the revs above 2300rpm — the point where the Fabia feels most enthusiastic. Its timbre isn’t quite as rorty as you might expect a three-pot to be, either, sounding a touch subdued under throttle. Stray above 5000rpm, though, and it becomes strained and out of breath.

As for its on-road manners, the fact that it sits on a comparatively older platform than the Polo and Ibiza doesn’t leave it massively wanting. A comfort-biased set-up is present here, and that's evident in the way in which the Fabia goes about dealing with choppier sections of road — of which there were plenty on our Czech test route.

There is a degree of rumbling and shuddering as the 16in alloy wheels travel over ruts and bumps, but body control is generally tidy and well managed. Compression over shallower, low-frequency undulations is progressive and forgiving, with vertical travel being kept mostly in check. Sudden dips can be a touch jarring, though.

This softer set-up also translates into a greater degree of lateral roll through bends — something that's emphasised by the Fabia’s taller stature. Under normal driving conditions, this roll isn’t particularly problematic, but the car doesn’t seem particularly happy when subjected to sudden directional changes, wallowing about as its weight shifts around its lateral axis. It’s in these instances when the Skoda supermini doesn’t feel quite as sophisticated or balanced as its Seat and VW counterparts.

The newer MQB-A0-based models pay dividends in terms of their interior practicality, too. Where the Fabia used to be one of the most spacious cars in its class, the Polo and the Ibiza now have the upper hand. The Fabia’s 330-litre boot is still a useful size, but the Polo outdoes it by 21 litres, while the Ibiza offers an additional 25. Rear leg room seems tighter than it does in the Polo, too, although there’s still plenty of space for your noggin. 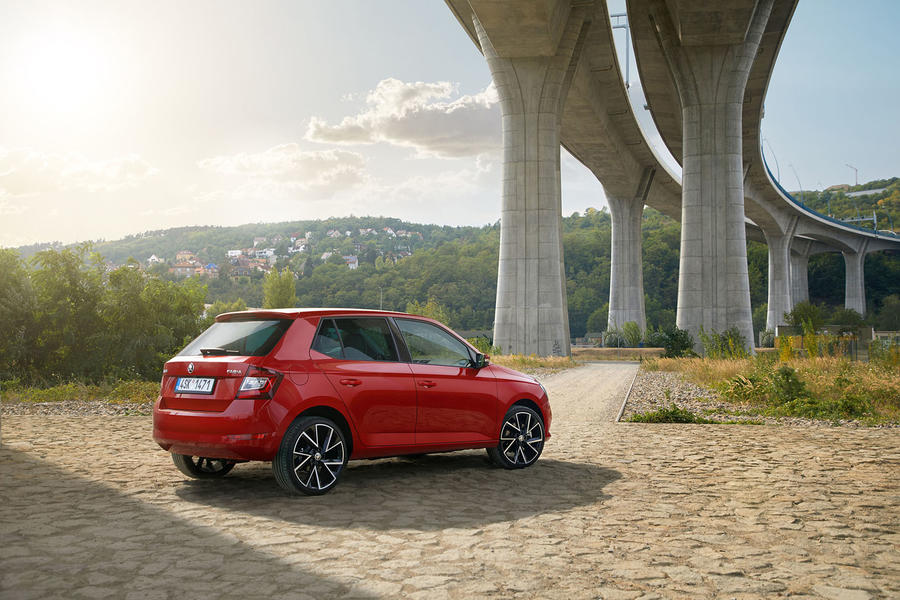 As far as on-road manners, performance and practicality are concerned, the Fabia is certainly competent, but there aren’t any particular advantages here that would lead you to pick one over a Polo or an Ibiza.

Where the Fabia does carry some clout is in terms of price. Our SE L model will set you back £15,935 and gets you sat-nav, 16in alloy wheels, Apple CarPlay, Android Auto and a DAB radio. A comparable Ibiza, meanwhile, costs £16,255, while a Polo with a similar level of equipment starts at £18,560 — although you do get a more powerful engine with it.

This leaves the Fabia in a bit of a grey area. It’s a comfortable, affordable, easy-to-drive and attractive supermini, but so too are its rivals — and often to a greater extent. More is needed here to really make it stand out. Perhaps we’ll get that when the fourth-gen model eventually arrives. 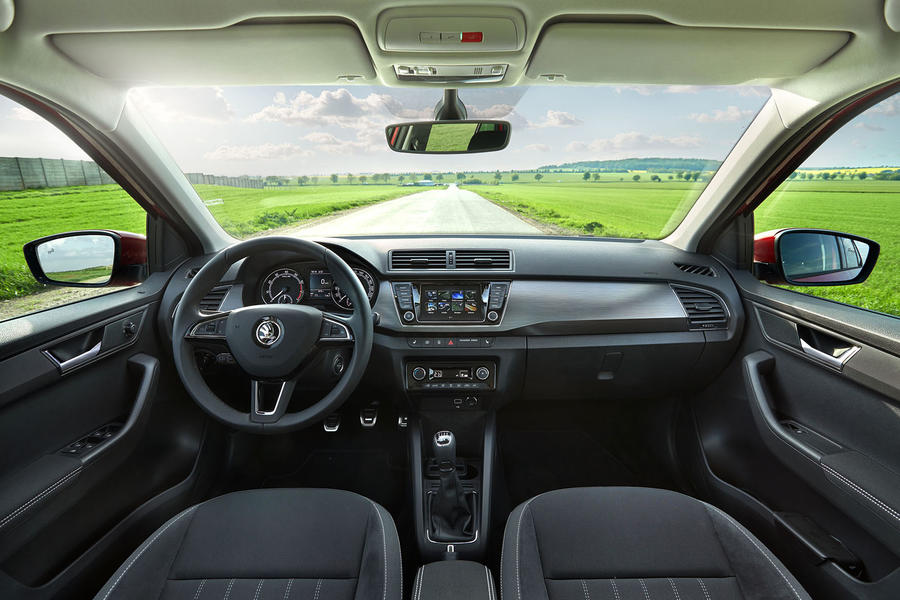 As a former owner of a Mk1 Fabia vRS SE, Skoda has lost the plot with the Fabia since. The Mk2 wasn't great - and this version is, whilst better, is still way behind the competition. The lack of a warm/ hot performance variant has surely lost customers?

I had the displeasure of

I had the displeasure of driving one of these a 1.4tdi for a few days. It wasn’t great. The engine idled like a route master, the rear suspension has some bizarre trait of squatting down on its rear springs when setting off quick, the gear box was like a wooden stick in a bucket of pebbles, and the interior was miserable and dark and full of hard plastics. How it won car of the year I’ll never know...

Its interesting to compare it

The first time in the history of everything that comparing a Polo and Fabia is described as "interesting"!