From £28,9959
The Renault Megane RS Trophy-R, the hottest of Meganes, thrills like a great Megane should
Open gallery
Close

This is the latest of the Renaults, which is these days called the Renault Mégane RS Trophy-R.

And I’m happy to report the same applies. Sigh. Time for another rejig of the ‘top 10 best front-wheel-drive cars of all time’ list.

This is a great car. As usual, Renault has chased a particular German lap time and, as usual, found it (in 7min 40.1sec), so it’s the fastest front-wheel-drive production car on the Nürburgring. But it’s the way the Trophy-R delivers its speed rather than the speed itself that makes it so compelling.

There is less weight, to the tune of 130kg, by various means, from thinning the rear door glass (-1kg), removing rear seats (-25kg) and changing the front seats (-14kg), to fitting a carbonfibre bonnet (-8kg), titanium exhaust (-7kg) a smaller touchscreen (-250g) and omitting the rear wiper (-3kg).

But the biggest ‘leave’, which makes the biggest difference both to the car’s power-to-weight ratio and, I suspect, to the way the car handles, is the absence of the active rear-steer system you’ll find on lesser RS Méganes and which has troubled the confidence of some testers, me included.

Combined with a lighter rear torsion beam it saves almost 40kg, so the kerb weight is 1306kg. No rear-steer sets up the Trophy-R with less high-speed stability than the regular RS Mégane, but way more chuckability and, crucially, consistency of response.

The rest of the intoxication is provided by the weight reduction, adoption of adjustable Ohlins dual-flow valve dampers and lightweight springs, increased front camber, virtually no aerodynamic lift via a bigger diffuser and tiny front splitter, and a ride height that the customer can lower by up 16mm front and rear. 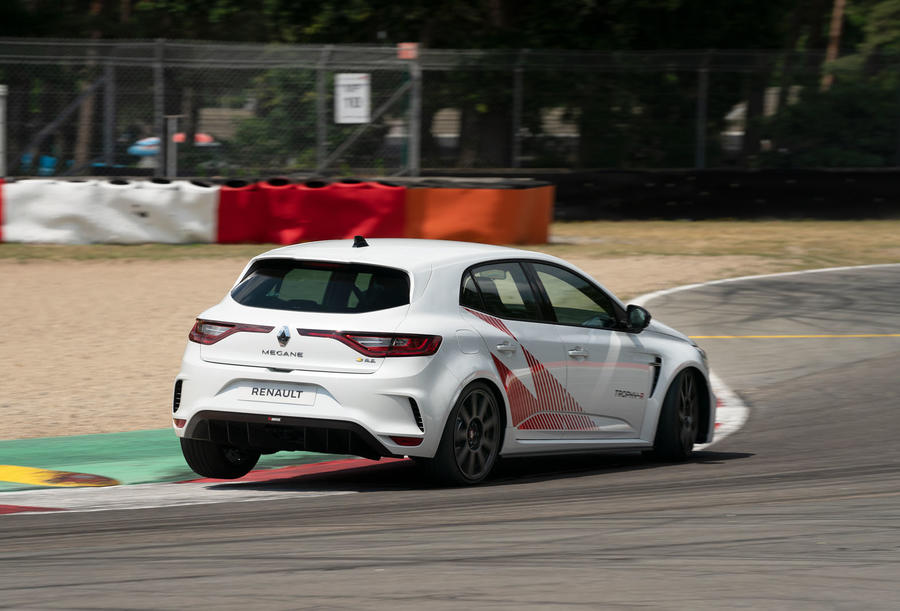 The result is a car that, on a circuit, with height lowered and dampers set to medium-rare, feels every inch as good and connected as a Porsche 911 GT3 RS, just front drive and less accelerative. There’s equivalent feel, finesse, grip and loads of traction.

There are carbon-ceramic brakes, as used to set the Nürburgring lap time but only available on 30 of the 500 Trophy-Rs that’ll be on sale, because fitting them is too expensive for the factory to bear any greater disruption. They make it stop without fatigue, too, but for the 470 cars that don't have them I dare say they can be retro-fitted. Likewise you can specify a couple of other ‘record car’ options like six-point harnesses or carbonfibre wheels, saving 2kg a corner. Do so and Renault places them in the back and straps them down, so they can’t get damaged in transit. That way owners have a spare set of track day wheels and tyres: frequent track use is standard for Trophy-R owners.

Suitably stripped and lightened, the Trophy-R is raw and noisy, and completely involving. An Alcantara steering wheel – I’m a sucker for those – telegraphs everything the tyres are up to, via medium-light weighting. Via a small tug of torque steer here, a shimmy under braking there, you’ll know which tyres are giving up, and where, and how.

Not that they do often. If this car had the ability to put down twice its power, its grip levels would see it return a lap time as fast as the purest supercars, I’m convinced. Laterally, and under deceleration, it is no less capable, while it looks after its Bridgestone Potenza S007 tyres, same ones as on the Trophy, remarkably well – they looked fine after a day’s hard lapping.

You can make the Trophy-R understeer on power, but turn in without throttle or trail the brakes and it rotates wonderfully and predictably. Most of the time it’s fantastically neutral.

Body control, in the set-up we’ve tried, is superb. Kerbs rattle through it, mind. With dampers slackened and the height up, I think it’d make an engaging road car, though Renault’s chief test driver, Laurent Hurgon, still reckons the grip levels are “completely crazy” for the road. I believe him. 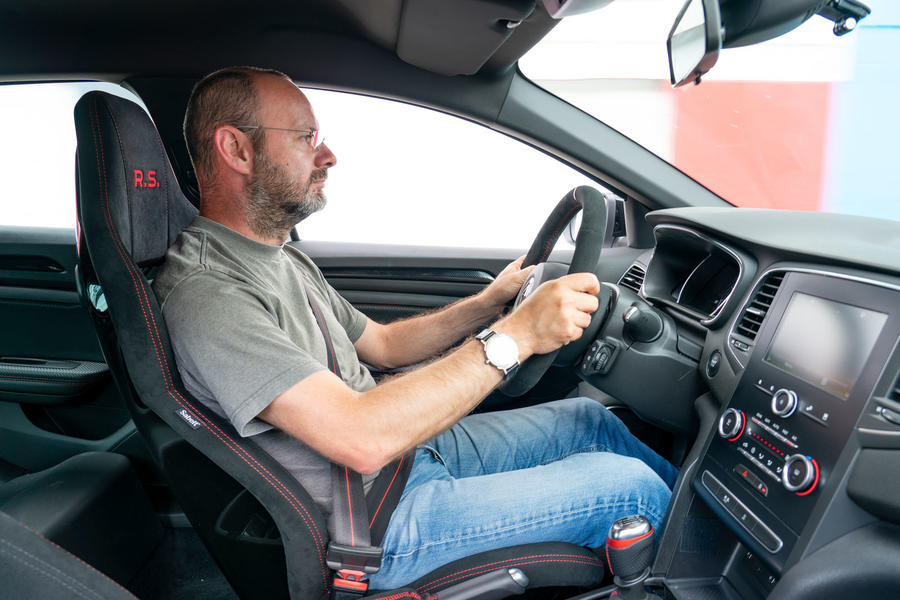 You’ll note I haven’t mentioned the engine and gearbox (manual only, because it’s lighter than the dual-clutch auto). They’re fine, responsive and slick enough, but retain the same 296bhp output as the Trophy, because to re-homologate for just 500 cars would be a faff.

Besides, Renault likes the idea of finding speed through subtraction, rather than addition, with the exception of the price: the equivalent of £50,000 in France.

This, it will not have escaped your notice, is loads of money for a hot hatch with a lap time not all that dissimilar to a Honda Civic Type R.

Perhaps best not to think about it too much. Just remember that it’s every inch as thrilling as plenty of supercars costing four times as much. 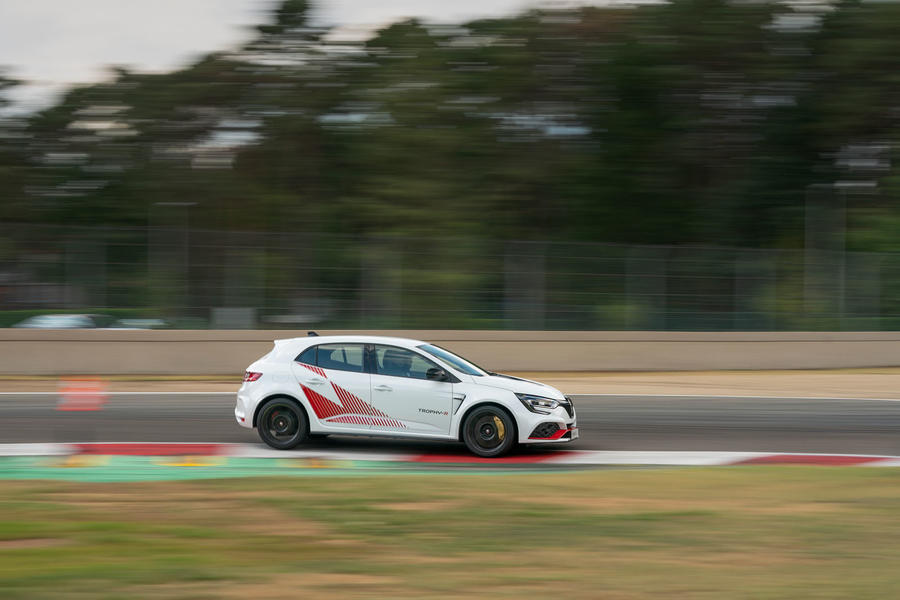 This seems interesting, I was browsing about Renault brand on the internet when I landed on this review.

This is the best car i have seen

It's crazy good! Maybe the most bonkers real-world road car since that one they did with the plastic windows. Want to play the games online? Here you will know more about Bloons tower defense 5 game. It is one of the best online game to play.