From £28,9958
Hardcore Renault Megane RS 300 Trophy gets more power, less weight and a Cup chassis as standard. Is this the Megane RS to go for?
Open gallery
Close

Renault might not sum the most hardcore version of its Megane up quite so bluntly, but read between the lines and you get the sense that it probably thinks so too. “The Trophy is a track day car you could live with everyday,” we were told. “The regular Megane RS, on the other hand, is an everyday car that’s also incredibly sporty.” It’s a nuanced way of summarising a car, for sure, but you catch their drift.

There’s also a new freer-breathing exhaust with a trick valve for making more or less noise, while a ceramic ball bearing system adopted by the turbocharger improves response. These tweaks come alongside a 20bhp power hike - now at 296bhp - while torque also rises to 295lb ft.

Alcantara-upholstered Recaro seats, and Bridgestone Potenza 007 tyres are optionally available. Our car had the former, but not the latter. 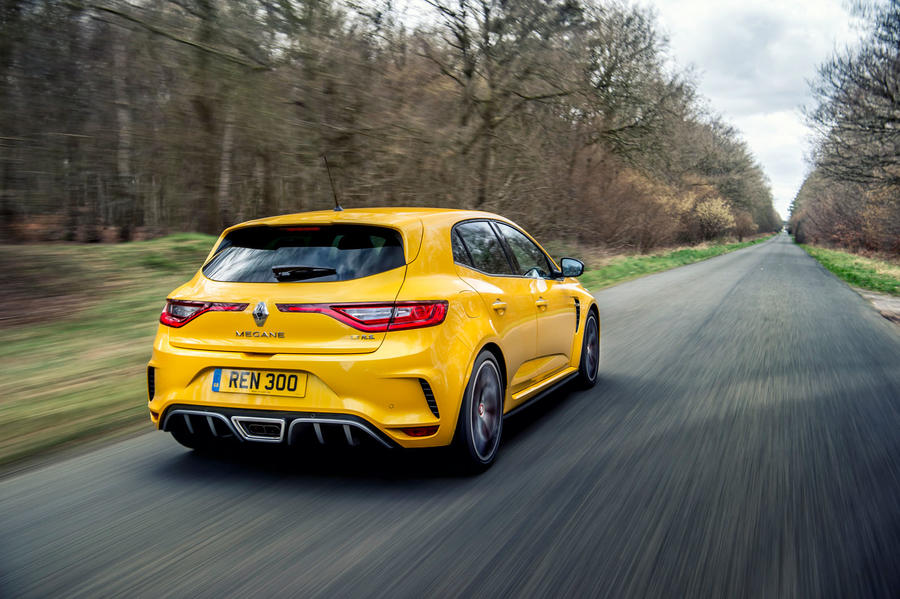 Cup chassis-equipped versions of the standard Megane RS are already cars you’d describe as being characterised by a distinct sense of attack. It’s hardly surprising, therefore, to find the Trophy feels just as hawkish.

The ride is almost comically firm. The Trophy does not adopt a policy of interaction with the road surface underwheel, instead feeling as though it’s trying to pummell the Tarmac into submission. It’s a teeth-rattlingly aggressive set-up. You really need to be moving at a fair lick before you can extract so much as a drop of pliancy from this particular hot hatch, and I don’t think I’d want to drive one without the hydraulic compression stops housed within each of the dampers. Certainly not on UK roads, anyway.

That firmness does lend the Megane impressively resolute body control during cornering, though; a welcome trait considering just how feisty it starts to get when the road gets a bit more interesting. Not only is the steering almost nervously quick (there are only 2.25 turns lock to lock), the 4Control rear-wheel steering enables the Trophy to pivot around its centre in a fashion not too dissimilar to a shopping trolley. Select Race mode, and those rear wheels will steer against the fronts right up to 62mph.

This all amounts to a sense of balance that’s not really what you’d call completely natural in feel. It’s exciting, and I reckon you’d get away with saying the Megane RS Trophy (and the Cup-spec standard model) is one of the sharpest handling, most incisive hot hatches out there, but it’s one that takes some getting used to.

A Honda Civic Type-R, on the other hand, doesn’t - you just get in and go. It’s a car that’s far more sympathetic to your inputs, and more immediately confidence-inspiring as a result. The manner in which the Honda reacts to a mid-corner lift of the throttle, for instance, isn’t quite as abrupt; while the sweet spot between understeer and oversteer seems broader and more accessible by comparison. But as a source of adrenaline-fuelled fun? If you can deal with the Renault’s uncompromising ride (the Civic has adaptive dampers, remember), I dare say it might well be the car to go for.

The Megane RS 300 Trophy isn’t short on straight-line performance, either. Being front-driven it’s not as quick off the line as a Volkswagen Golf R despite producing identical power and torque, but a 5.7sec 0-62mph time is plenty quick enough for the road. It’s not as responsive as the Golf either - likely down to it being a reasonably small-capacity, heavily-turbocharged motor - but the lag that initially greets an extended prod of the throttle is overcome quickly enough. There’s a bit of tugging at the wheel under power, too, but it’s manageable.

A greater let-down is the six-speed manual ‘box. It feels accurate enough, but shifts don’t feel all that fluid. Instead of performing one slick motion when changing gears, you almost make two: one to return the lever to neutral position, and then another to push it through the gate of your selected ratio. The Civic Type-R is more pleasing in this respect, but then again, the Type-R is more so than pretty much any other stick shift on sale. 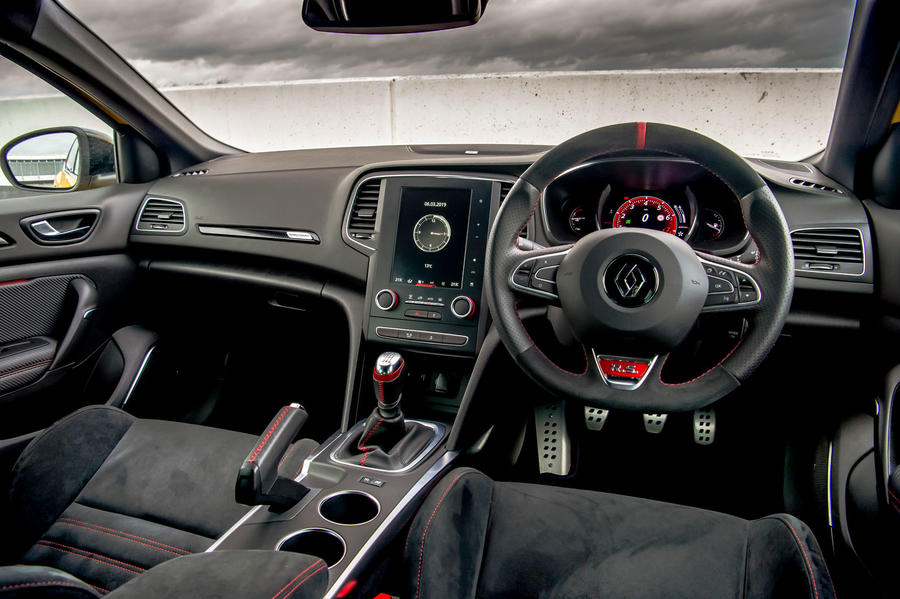 Renault The Megane RS 300 Trophy is an exciting, visceral hot hatch. But so too is a Cup chassis-equipped standard model. And unless you’ve got access to a track and the ability to drive both back to back, we don’t think you’d really notice the advantages of the Trophy’s weight-saving regime. We don’t think you’d miss the additional performance too much, either.

Of course, the Trophy’s top-dog status will be a draw for many, and that’s fair enough. But it’s worth pointing out that the difference in retained value between the Trophy and the standard Megane 280 RS with Cup chassis is expected to be tiny.

All things considered, then, we’d be sorely tempted to go for the regular car and just spec the trick chassis. The £2500 you’d save could go towards a few track days instead. 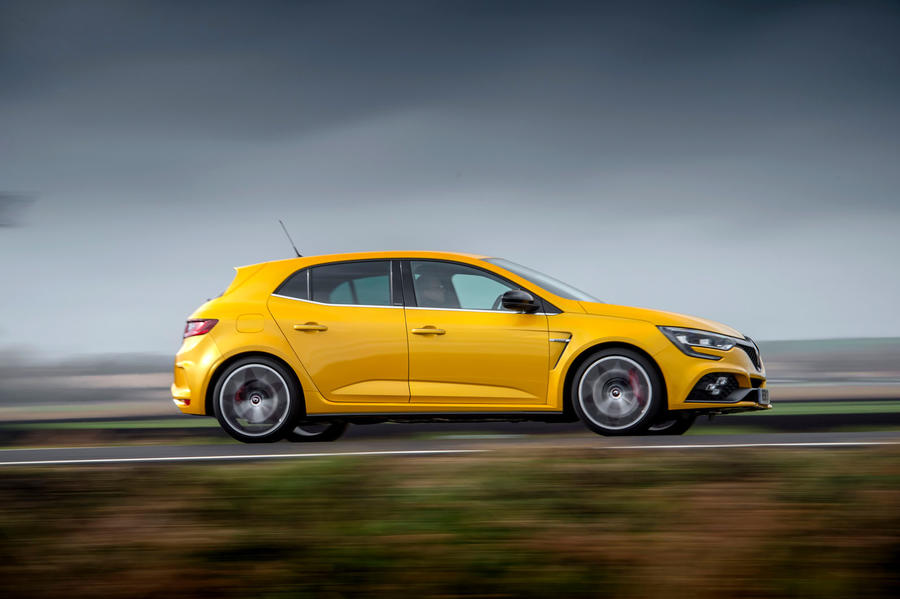 the contrast between hothatch appearance and coma-inducing cockpit looks. So, what sort of person is supposed to pilot the Mega? A narcoleptic or a person with attention deficiency disorder?

very good, in I was always fond of peugeot

There was a time when French

There was a time when French hot hatches not only handled well but, also had a reasonably compliant ride.