6
Practical, sensible, well-priced and moderately stylish, but undistinguished to drive and unlikely to leave a huge impression on the European crossover scene
Open gallery
Close

Mitsubishi is bringing back an old name for a new car. The last Eclipse was a coupe designed for the US market and was never officially sold in the UK, but the Eclipse Cross is that most fashionable of things - a mid-sized crossover. In space terms it slots between the Mitsubishi ASX and the Outlander and is further proof of Mitsubishi’s determination to become an SUV specialist; the unloved Mirage is the only conventional car left in the European line-up. Having been developed before the company was absorbed into the Nissan-Renault alliance, this could also be the last car Mitsubishi ever develops by itself.

It sits on the same basic architecture as the larger Outlander, it’s 4405mm overall length meaning it’s just fractionally longer than a Nissan Qashqai. Mitsubishi would prefer comparison with the Toyota CH-R, reckoning the Eclipse Cross’s falling roofline and connected technology will help it appeal to younger buyers.

Only one engine will be available from launch, a newly developed ‘4B40’ 1.5-litre four-cylinder turbo petrol producing 160bhp. The entry-level version will have front-drive and a six-speed manual gearbox, plusher iterations offering a CVT auto and the option of all-wheel drive. A 2.2-litre diesel version, with standard AWD and a torque converter eight-speed auto, will be launched later next year. 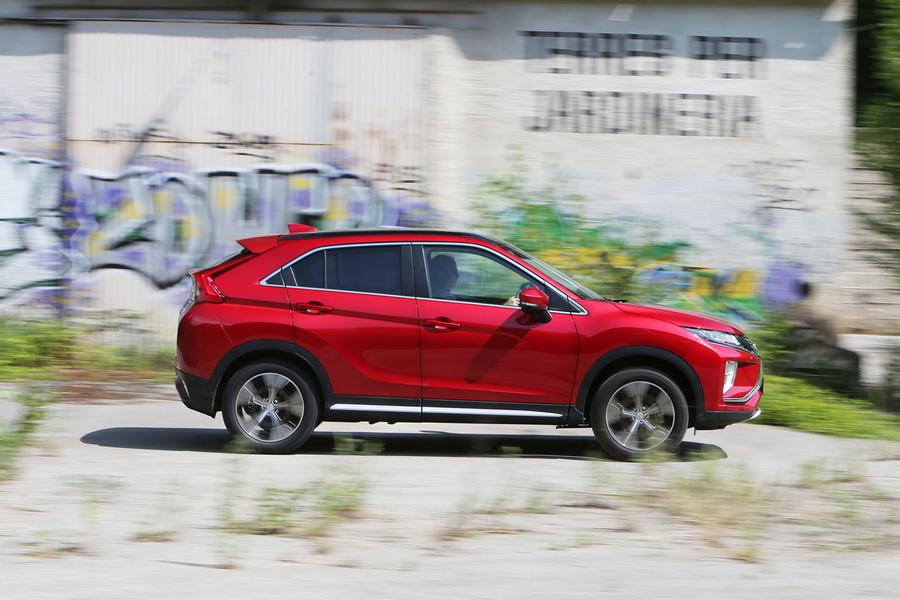 Mitsubishi claims the Eclipse Cross is a radical new direction, but on first impressions the similarities to the company’s existing products are more obvious than the differences. Styling is sleek and there are some nice details, but much is generic crossover – especially the grey plastic wheelarch cladding used as visual shorthand for an everyday 'softroader'. Only the split rear screen, like that of the Toyota Prius but better executed, stands out as particularly original, allowing both the coupe (-ish) roofline and decent rear headspace.

Inside it’s the same story. The quality of trim materials has improved by several notches over those of the Mitsubishi ASX or Outlander, but there is still a large amount of dark plastic, and lesser-used switchgear has been shunted into a hard-to-see block between the steering wheel and the door. We’re told that standard UK spec will include a touchscreen infotainment system that can work with Apple CarPlay and Android Auto, but it doesn’t have its own sat nav system. Space is good, both front and rear, although the driving position feels slightly offset towards the centre of the car.

While the new petrol engine performs strongly, it has indifferent CO2 numbers compared to its cleanest rivals. There’s lots of low down torque and a purposeful if subdued exhaust soundtrack that makes the Eclipse Cross feel eager, even at trundling speeds. It’s less keen to rev, refusing to get within 500rpm of its marked 6000rpm redline, but overall it still feels more enthusiastic than the claimed 9.8-second 0-62mph time makes it sound.

It’s hard to love the CVT gearbox, though. It’s by no means the worst of its genre, but even with programmed stepped ratios to cut down on the food blender impression in full accelerator-on-carpet mode it still struggles to convince, slurring between its pretend gears. There’s also noticeable surging at manoeuvring speeds.

Despite the 'Super All Wheel Control' sticker on the rear window the optional four-wheel-drive system is more about sensibleness than fun, ensuring flawless traction but offering little obvious mitigation to the Eclipse Cross’s understeer-heavy handling balance; you’ll be unsurprised to hear this is no Evo 7. Grip levels are respectable but the low-geared steering saps enthusiasm, and only the most rudimentary feedback gets past its electric assistance. The ride felt pliant over the few bumps I could find on the Spanish test route and cruising refinement is good. 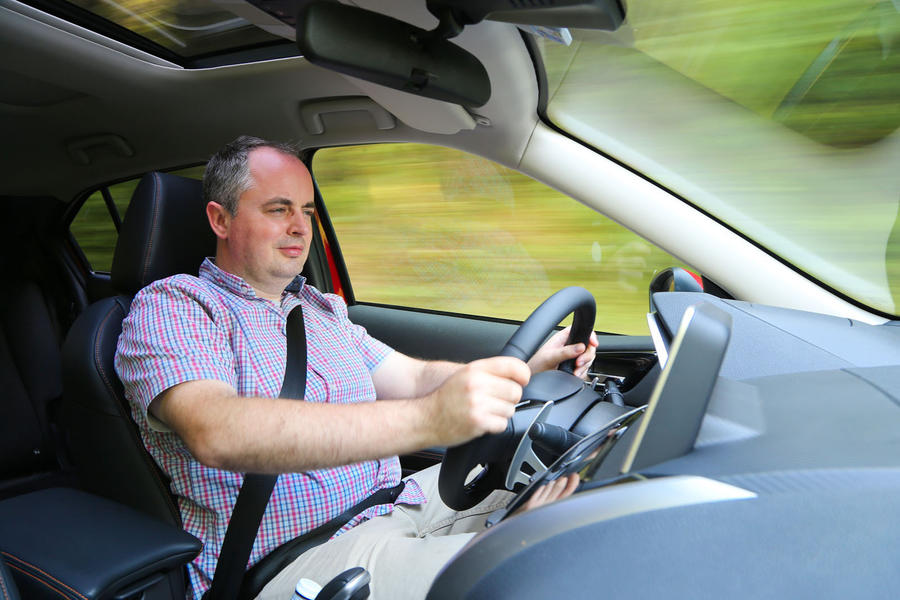 On first impressions the Eclipse Cross is a solid all-rounder, one that feels impressively well screwed together and which, we’re promised, will come with generous standard kit from the entry-level version upwards. Mitsubishi reckons that it will carve out its own niche between the Mitsubishi ASX and the Outlander, and although pricing isn’t finalised the indication is that a spread of around £21,000 to £29,000 is likely to cover the range.

The car's practical, sensible and even modestly stylish, and while UK spec isn’t finalised, we should see plenty of big car features on plusher versions – from radar cruise control to a 360-degree birds’ eye camera system. Still, I suspect this is one of those cars that will be bought with head rather than heart. 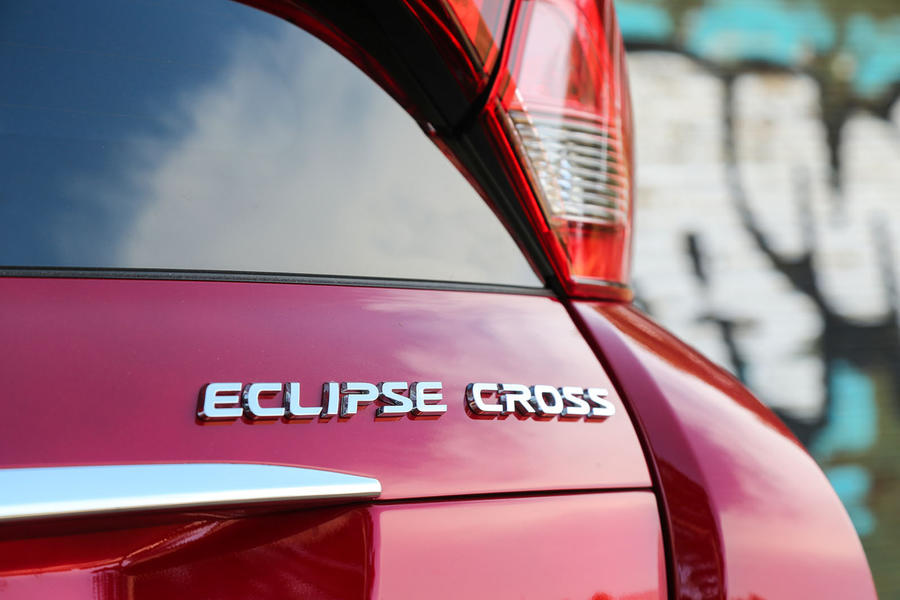 It looks OK but it's nothing special,I think that you're a bit out on the price,the ASX starts out at £16250,the Outlander £25250 so starting the Eclipse at £21k up to £29k is ambitious to say the least. The only way that Mitsubishi UK is going to move the metal is by recognising what it is the new entry to the company's UK range say if you priced it at the same as the Suzuki Vitara it could have a chance of selling,but at this price point never in a month of Sundays
rauhlash 19 June 2017

The last Eclipse was a coupe