BACK TO ALL NEWS
Currently reading: 2021 Mitsubishi Outlander reinvented for fourth generation
UP NEXT
New Aston Martin DBR22 is £1.5m, V12 speedster

The new Mitsubishi Outlander SUV has been revealed ahead of its April debut in North America, with the Japanese car maker claiming the fourth-generation car is completely new from the ground up.

This Outlander marks a new chapter for Mitsubishi, which is using the latest version of its flagship vehicle to introduce a fresh design language that will be rolled out across the rest of its line-up.

The ‘Dynamic Shield’ design features a bolder face than that of the previous model, with chrome styling integrated with new, ultra-slim LED headlights.

"Based on the product concept 'I-Fu-Do-Do,' which means authentic and majestic in Japanese, the all-new Outlander has been crafted into a reliable SUV with significantly upgraded styling, road performance and a high-quality feel to satisfy the needs of customers who want to expand their horizons and take on challenges of every kind," said Mitsubishi CEO Takao Kato. "With the launch of the all-new Outlander, we will first expand our sales in the North American market and then aim for global growth." 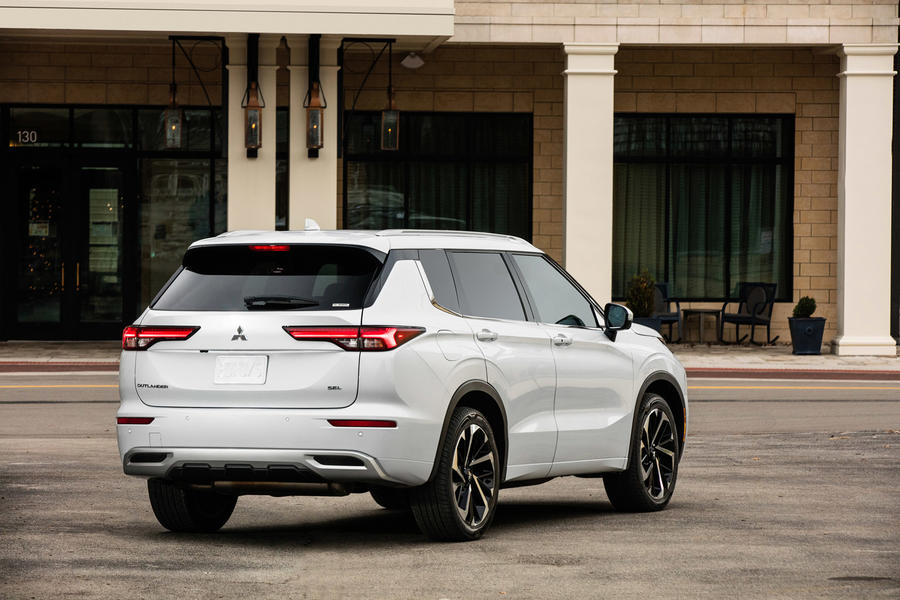 In addition to the styling, Mitsubishi says the new car is “the best-equipped, most thoughtfully engineered vehicle the company has ever developed”.

The Outlander has seven seats as standard, as well as 18in wheels, USB-A and USB-C charging sockets and 11 airbags throughout the vehicle. 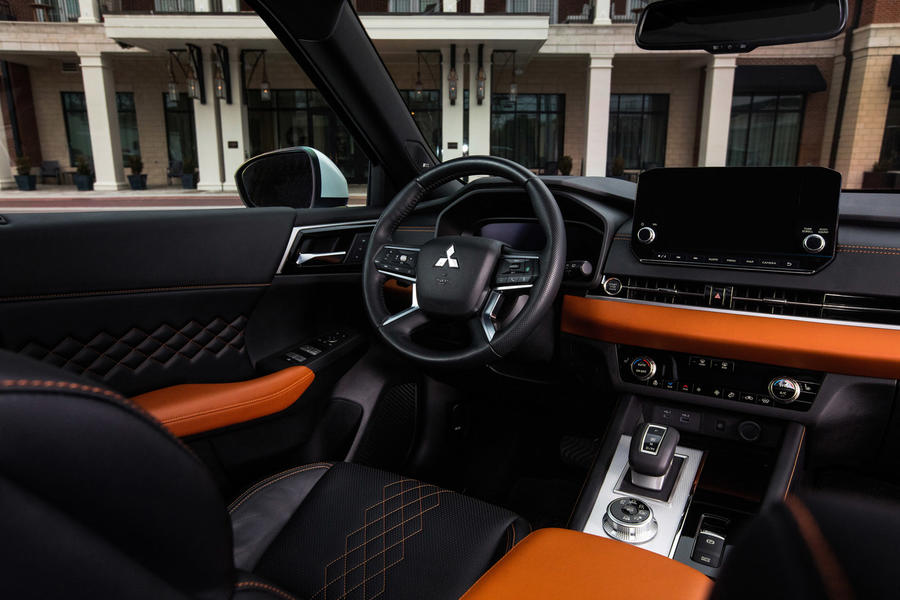 Among the other options are 20in wheels, semi-aniline leather seats, Mitsubishi’s driver assistance system with adaptive cruise control and lane-keep assistance, navigation integrating what3words technology, a 10-speaker Bose audio system and a 10.8in head-up display.

Prices start from $25,795 (about £18,600) in North America, with the car set to reach other markets at a later date. However, that won’t include Europe because Mitsubishi has frozen imports into the continent in order to cut costs.

That’s in spite of the previous-generation Outlander being one of the most popular plug-in hybrid vehicles on sale, selling in its thousands even in the face of increased competition from newer electrified models.

Jeez what a mess. A gargoyle. Much though I regret the loss of Mitsubishi in the UK, at least we will be spared this onslaught on the senses. Shame, the Outlander was a conservatively designed good selling car in this country. Seems that now that Mitsubishi no longer has to pander to European taste, they have gone for the pug-ugly asian school of design....of course America will love it!

FastRenaultFan 17 February 2021
I think it looks great. Such a pity we will not get it here in Europe now. It has a nice chunky do not mess with me look to it and it's certainly not ugly or boring like say a BMW or a VW.
I would much prefer if Mitsubishi still sold cars here and overrated VW did not.
Peter Cavellini 17 February 2021

It's a Truck, Trucks sell in America , Sedans, SUV's are second, third even fourth cars in an American family.