7
With seven-seats and a Mercedes badge on its nose, the new GLB is gunning directly for the Land Rover Discovery Sport. How does it stack up in the UK?
Open gallery
Close

With the launch of its new GLB compact SUV, Mercedes-Benz has trained its guns directly on Land Rover and its formidable Discovery Sport. For a long while now, the baby Disco’s seven-seat layout and unrivalled off-road ability has allowed Land Rover to enjoy a monopoly of sorts in the premium family SUV market. The GLB, it seems, is here to make the SUV from Gaydon sweat a little.

Beneath the GLB’s boxy, baby GLS exterior lies Mercedes’ MFA2 platform - essentially the same architecture that underpins the A-Class hatch and, unsurprisingly, the B-Class compact MPV. Here, however, it’s been stretched out to accommodate the GLB’s third row of seating, so that it’s now a little over 4.6m in length. That makes it longer than a Discovery Sport, don’t you know.

There’s a range of four-cylinder petrol and diesel engines to choose from presently; although  a plug-in hybrid, a couple of hotter AMG models, and a fully electric version are all in the pipeline. Here, we’re sampling the range-topping GLB 220d diesel variant, which packs 189bhp and 295lb ft of torque - all of which is deployed to the road via an eight-speed auto ‘box and Mercedes’ 4Matic front-biased four-wheel-drive system. Suspension is by way of MacPherson struts and multiple links, with adaptive dampers available but not optioned on our £43,280 AMG Line Premium test car. 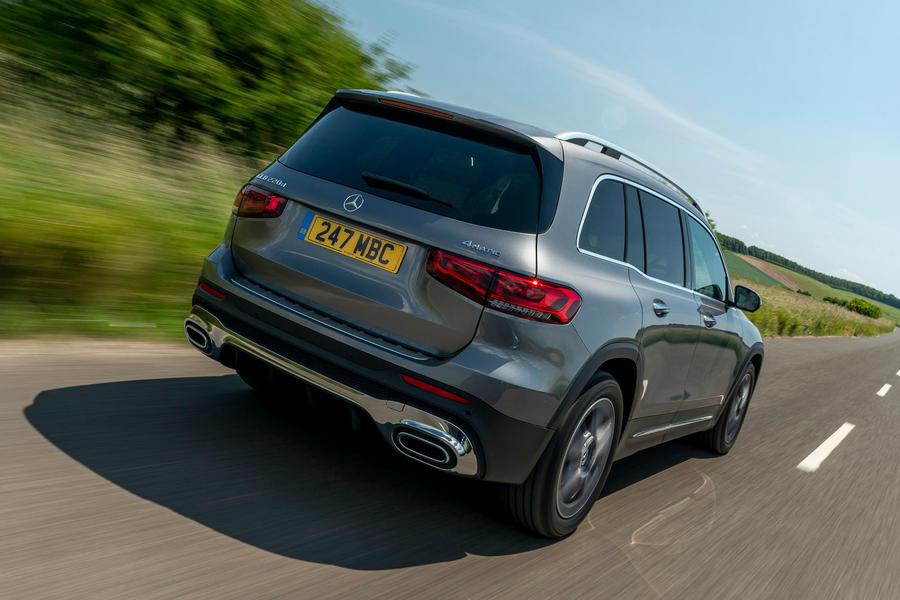 Let’s start with the engine, which is pretty good really. It easily out-punches the D180 unit that you’d get in the equivalent Discovery Sport, though that probably has more to do with the fact that the GLB undercuts the heavyweight Land Rover by the best part of 220kg. I’d say it’s slightly more refined under load too, if not quite as refined as the diesel four-pots you’d find in an Audi Q3 or BMW X1. The eight-speed automatic transmission also feels more decisive than the nine-speed ‘box available in the Land Rover - provided you leave it to its own devices.

It handles well for what is quite a tall, slab-sided box on wheels, and while there is a degree of lean through faster corners, you wouldn’t expect otherwise would you? Either way, it’s no deal breaker. Grip is good, and you don’t find yourself second-guessing your steering inputs either.

That said, the Discovery Sport is the sweeter steering device of the two. Where the comparatively light-weight feel of the GLB’s gearing seems to be trying to mask its inflated weight and size, there’s an honesty about the Land Rover’s more relaxed, purposeful steering that really appeals. It makes no apologies for what it is, but steers accurately and with plenty of conviction nonetheless.

On passive dampers, the GLB 220d rides in a largely agreeable fashion. It doesn’t feel quite as supple as the heavier Discovery Sport through compressions, but neither is it totally unforgiving. On particularly rippled and uneven stretches of road it can come over as slightly rigid, but it otherwise deals with ruts and bumps pretty well.

Inside, you can see how it’s related to the smaller cars in the Mercedes stables. Lots of shiny black and silver plastics try to inject a bit of visual pizazz, but on the whole it’s the Land Rover that looks and feels like a more genuinely upmarket device. Still, the GLB’s driving position is as commanding as you’d expect it to be; there’s decent second-row space; and its 500-litre boot is usefully sized, but still considerably smaller than the Land Rover’s 897-litre hold.With the third row seats in place this luggage space is diminished, but at least you’ll have room for two extra kids. 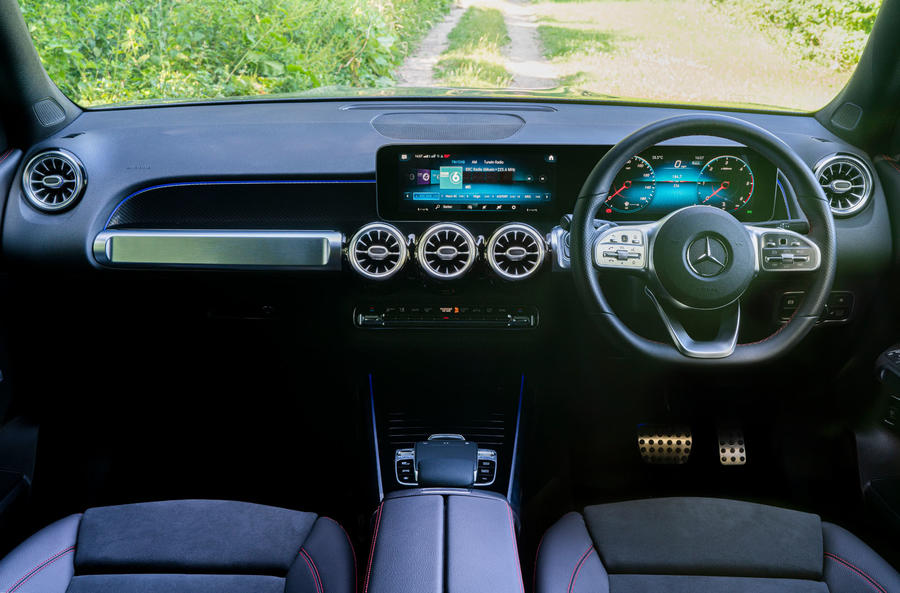 The GLB has a fair bit going for it then. Add in the fact it undercuts the comparable Discovery Sport on list price (if only just), and that it’ll easily return a more economical rate of fuel consumption, and there’s plenty to like - if not quite as much as there is to like about the Land Rover. 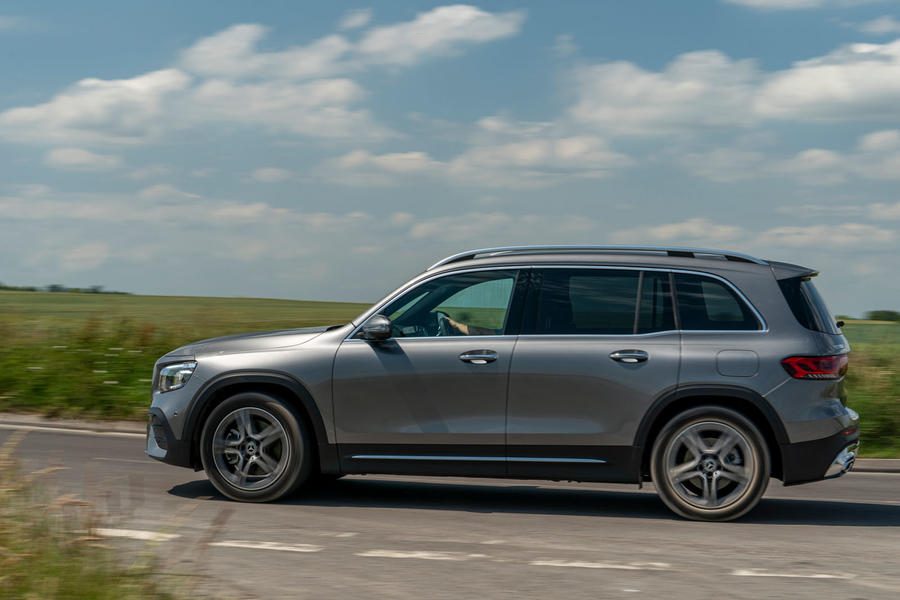 @Marc - don't bother trying to reason with this guy. He is extremely difficult and I did try a couple of years ago but gave up as it was a pointless exercise. He will take great pride in slamming the likes of VW whilst praising his father in law's Audi....if the father in law still has one of course. Just ignore him. Absolute tool.

This journalist is clearly

This journalist is clearly descending into complete madness, whilst they rightly recognise the Land Rover is the better car (it couldn't have been anything else), to even think it could compete with a LR product is utterly incomprehensible. They've clearly spent far too long in lock down under the early summer sun, now madness is setting in. It's German, we will always defeat the Hun, never shall they win.
View all comments (10)