Probably the most interesting version of Mercedes’ recently refreshed junior saloon — even if it’s unlikely to be the one that will top sales charts.

The first fourth-generation C-Class to receive the EQ Boost mild hybrid engine, the C200 mates a 1.5-litre turbocharged four-pot (down from two litres in the outgoing car) with a 48V electrical system.

Belt-driven pumps, compressors and generators have been swapped for electric ones in the name of fuel economy, letting the engine disengage completely when coasting in Eco mode.

But beyond eradicating parasitic power losses, this double-duty set-up also brings a performance benefit. By using the auxiliary compressor to prime the turbocharger, it temporarily boosts engine output by 21bhp and delivers a hefty 184lb ft of instant torque.

The combination delivers, according to Mercedes, the performance of the old 2.0-litre engine, without the fuel consumption to match.

Having driven a C200 in Germany earlier this year, this was our first opportunity to test one on UK roads and find out how AMG Line’s sports suspension, which sits 15mm lower than entry-level SE trim, copes with less pristine Tarmac. 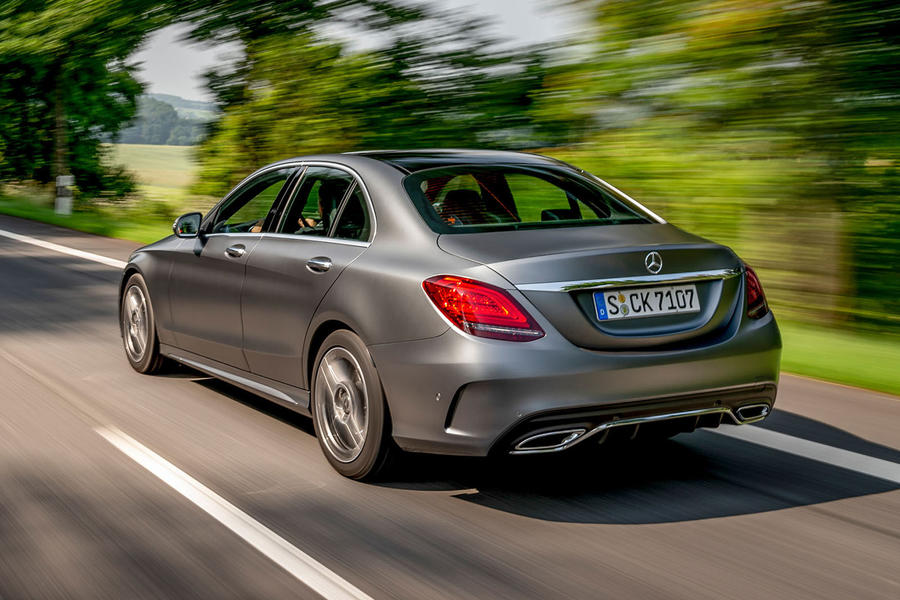 Smooth as you like, courtesy of an electrical system that handles engine start/stop with the deftness of a concert pianist. Set off from a set of traffic lights and the engine cuts back in almost instantly, with hardly any vibration and almost no noise.

The system comes into its own in Eco mode, with the engine cutting in and out inconspicuously as you coast. It’s not quite instant, though, taking just a little too long after lifting off the throttle. A more aggressive setting would make it even more effective at saving on fuel bills.

In motion, the engine doesn’t quite drone, but it is more noticeable from inside the cabin than you’d perhaps expect in a premium saloon. Push hard and the C200 makes you acutely aware that it’s putting in the effort, but that noise doesn’t translate into significant progress. It can feel a little lethargic at a more relaxed pace, but things improve once you’re off the line.

With no manual gearbox anywhere in the range, the C200 relies on a nine-speed automatic gearbox for respectable — if not exactly rapid — shifts. The EQ boost system is supposed to deliver its torque while the turbo spools up, but it isn’t immediately noticeable unless you actively search for it. In most drive modes, the effect is minimal.

Everything looks suitably premium inside and the fixtures easily give it an edge over BMW’s 3 Series, but the C200’s materials can’t quite eclipse that of an Audi A4. It’s all rather busy, too, with an overwhelming number of buttons adorning the steering wheel.

Having seen Mercedes’ new dual-screen MBUX infotainment system in the S-Class, E-Class and even the A-Class hatchback, the older system used here feels a little out of date. A digital instrument cluster goes some way to redressing the balance, but the touchpad/rotary dial combo is fussy to use.

Our test car has 4Matic all-wheel drive, a £1600 premium over the rear-wheel-only C200. While steering is typically light with minimal feel, it is at least accurate. The sports suspension may deliver a firmer ride than the entry-level set-up, but it still copes respectably on rough and pothole-scarred A-roads. The advantages of the optional air springs would probably best suit those doing regular long-distance motorway journeys. 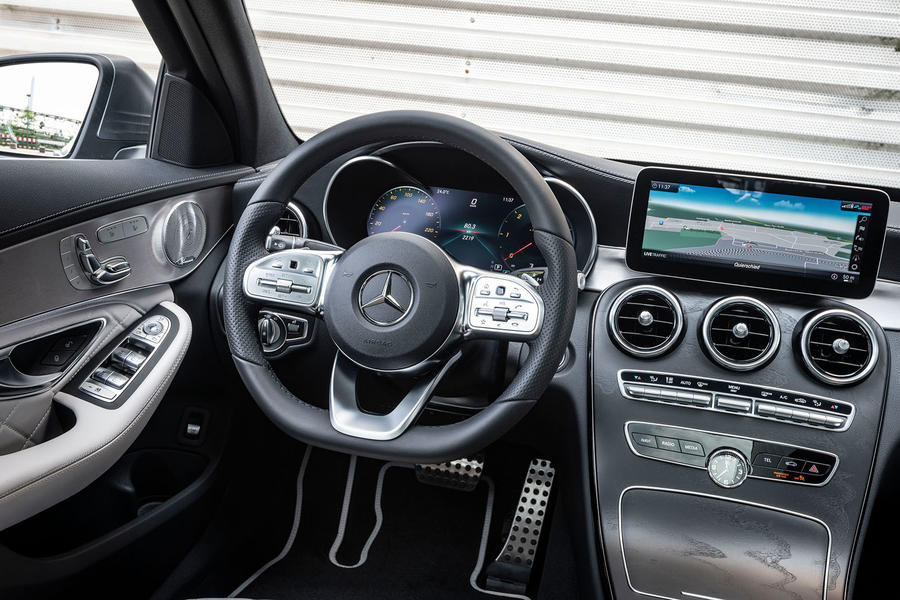 This is easily the most forward-thinking version of the C-Class, but the bulk of orders are still expected to be for the diesel-powered C220d. While ever-increasing demand for lower emissions means mild hybrid systems are undoubtedly set to become a firm fixture in the future, this particular system used here just can’t match diesel range mates for economy.

The C200 is a laid-back motorway cruiser that can still be stirred to life when called upon, but Autocar readers looking for a more engaging drive may be left wanting.

The more powerful C300 is likely to deliver greater thrills, but it remains to be seen if it will be eclipsed by the refreshed Audi A4 due imminently or the brand new BMW 3 Series set to follow later in the year. 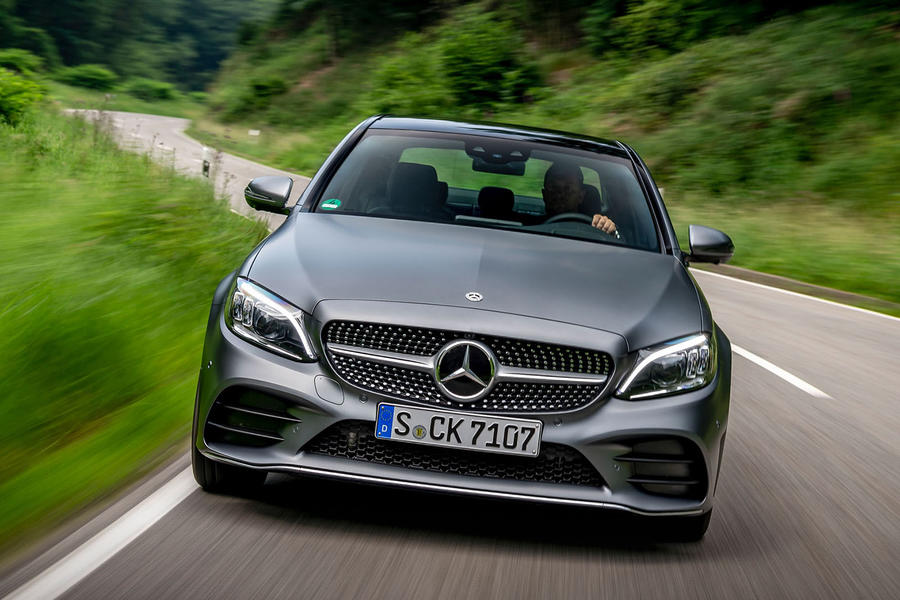 A Jaguar XE simply crushes this with a single premium finger. A message to the savage descendants of the Hunnic empire,

Death to those who dare!