Last year’s running of our annual Britain’s Best Driver’s Car contest produced both the strongest field we’ve yet seen and the first time a McLaren has won it. The superb McLaren 600LT beat the Ferrari 488 Pista into second, and was the cream of a class field in which the Porsche 911 GT3 RS didn’t even make the podium.

Night following day in the supercar world means that the convertible Spider version of the 600LT has now followed that coupé, with similar levels of greatness expected from a company with a better track record than most for making stiff and uncompromised convertibles that are no longer the poor relations of their coupé donor cars.

The 600LT Spider’s basic mechanical spec is familiar from the 600LT coupé. It shares the same 592bhp version of McLaren’s familiar twin-turbo V8 engine, the lower, stiffer suspension and wider tracks, and that lovely top-mounted, flame-spitting exhaust, while many of the lightweight parts for the cabin are also recognisable. No bad thing, that.

The 600LT has also gone on a diet, coming in 100kg lighter than the 570S Spider at a minimum dry weight of 1297kg if you really go to town with the weight-loss options by deleting the likes of the air-con, stereo and front lift.

You probably won’t, but the point remains that unlike most convertibles, this is a very light car that does without the need for any extra (and heavy) chassis bolstering due to the out-the-box strength of McLaren’s carbonfibre chassis, and it’s been made less weighty still through the likes of lighter suspension and exhaust components, thinner glass and added carbonfibre. 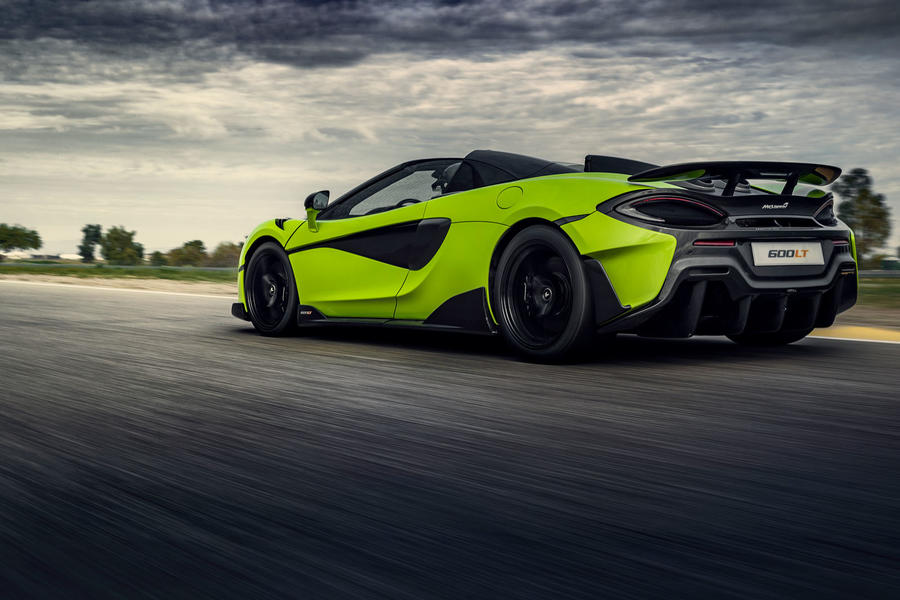 If the 600LT was the outstanding driver’s car of 2018, the Spider version has already staked a claim to be one of the best this year, too. Which is a big deal given that this is a convertible, which usually means intolerable weight penalties and dynamic compromises. But when McLaren makes a Spider, none of this applies, and it’s the same again here.

The dynamic and performance benchmark McLaren references for the 600LT Spider is the larger, more powerful and now legendary 675LT Spider. The 600LT Spider delivers “pretty much the same performance” as the 675LT Spider, say McLaren engineers who’ve developed the new car, and all in a smaller, lighter and more nimble package.

Every part of its package is exhilarating. The powertrain feels urgent, revving freely and flooding the cabin with noise if you’ve either the roof down or simply the glass wind deflector behind the two seats that places your ears wonderfully close to those twin exhausts.

The engine and seven-speed dual-clutch automatic gearbox are a fine match, too, the 'box having a happy knack of sensing when you might need more power when kicking down for an overtake, or simply when you’re feeling a bit childish. The car just feels urgent and alive at all times.

There’s so much grip, which is helped in no small part by the special Pirelli P-Zero Trofeo R tyres. There’s just so much grip, but there remains real adjustability in the car. It’s precise with its handling, and the steering is wonderfully weighted, offering the kind of feel and feedback you just don’t get in road cars anymore.

As a road car, the 600LT Spider is remarkably usable. Leave the chassis and powertrain mode selectors in Normal (Sport and Track are offered for both) and the 600LT Spider can be surprisingly civilised; it’s noisy but a long way from being unbearably so, and there’s enough travel in the suspension to not send the bumps in the road halfway up your spine.

Spec the air-con and radio, and you’ve a brilliant track car to rival the 911 GT3 RS and be more usable on the road with it, one with a cabin wrapped in Alcantara that gives it the same sporting intent as the exterior. 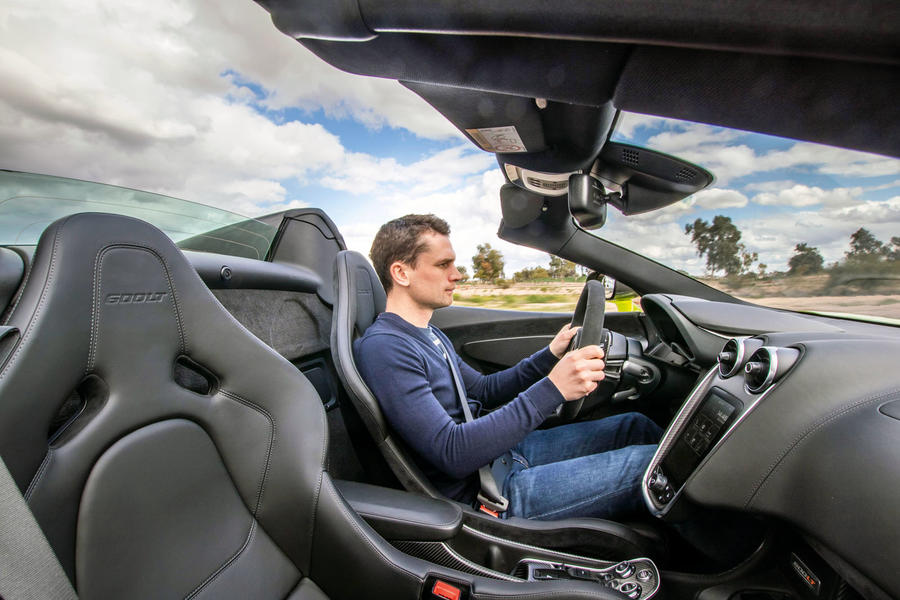 If you can get your hands on a 600LT Spider, you’ll be buying one of the finest convertible supercars yet made, and one that’s more desirable and exhilarating than many a hard-top rival.

But that’s a big if. When McLaren puts the car into production next month, it will stay there for no more than a year with volumes no greater than 20-25% of the 570S Spider on which it is based. Best be quick, then. 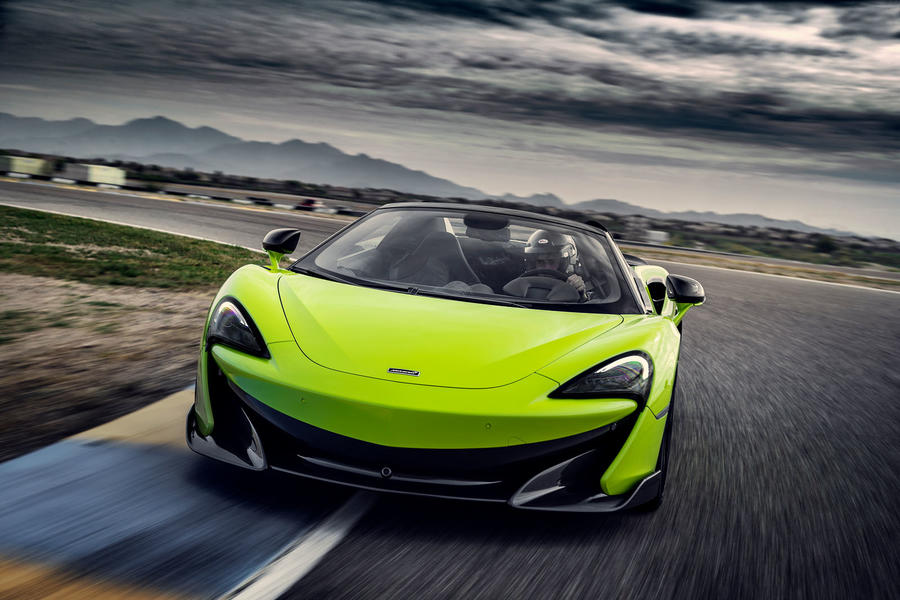 thanks for sharing about such beautiful car model..if you want to use scleral contact lenses keep sharing.

When will we get the inevitable Ferrari fanboy turning up

and slagging off Mclaren befor he has sex with his exhaust pipe?

It seems to happen on all these Mclaren threads.