Mazda’s innovative 2.0-litre ‘SPCCI’ compression-ignition petrol engine has lately come in for its first major mechanical overhaul, and it gets an outing first in the latest model-year Mazda 3 hatchback, as well as in this: the 2021-model-year CX-30 compact crossover hatchback.

The engine has had new, reprofiled intake cams, a lowered compression ratio, new pistons and recalibrated control software. It also gets a new 24-volt belt-driven mild hybrid assistance system that Mazda calls M Hybrid, which mostly works to refine performance rather than to boost it significantly, flattening out the petrol engine’s torque curve and enhancing throttle response at low rpm.

Even so, the new engine - now dubbed ‘e-Skyactiv X’ - yields an extra 6bhp and 12lb ft of torque when working hardest, and makes for a CO2 emissions saving of between 5- and 11g/km depending on model. 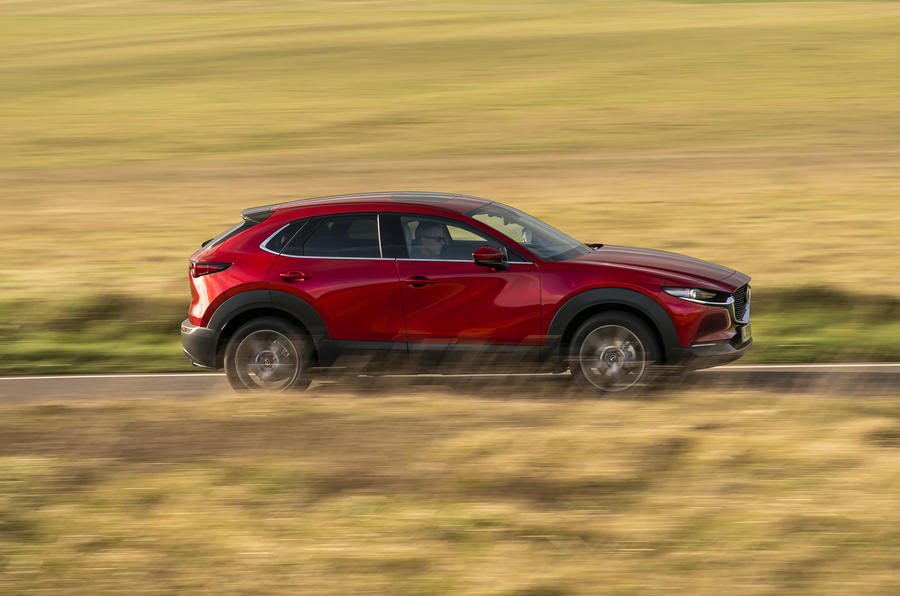 In the CX-30, the engine impresses most for low-load cruising refinement, but is also commendable for part-throttle, low- to mid-range responsiveness, which is much better than you might imagine it might be from a petrol engine without a turbo.

The 2.0-litre engine responds crisply at all times, but will accelerate from town speeds in 4th and 5th gears very willingly. It remains a bit boomy and coarse when working hard above 4500rpm, but that’s only so noticeable because the engine has such good mechanical manners at other times.

It still lacks the zest for the redline you might hope for in an atmospheric petrol engine, sadly; although it certainly seems to run a little more smoothly than it did before when pulling through the middle of the rev range. For everyday fuel economy, expect to average around 45mpg in mixed short- and long-range use.

Engine aside, the CX-30 has been left mainly untouched; and so it remains a very pretty, classy and desirable prospect with the perceived cabin quality needed to take on premium-brand compact crossovers like the Audi Q2 head on (and that’s exactly how it’s priced). And those who wouldn’t imagine that a Mazda which keeps that sort of company would stand much chance of success should check the company’s UK registration statistics, which currently confirm the CX-30 as Mazda UK’s best-selling model.

It isn’t the most practical car of its kind. Two adult passengers will just about be comfortable in the back; for three kids, it would be a real squeeze. But those in the front will be impressed by the car’s upmarket ambience and solid material feel. Mirror chrome brightwork is used quite sparingly but well; the driving position is mid-way between feeling perched and couched, but likable for it; and the car’s steering wheel has slim spokes and a well-dimensioned rim that you can run through your fingers very pleasingly.

The driving experience is one that’s plainly been sweated over, too. Well-weighted and tactile controls are a fine invitation to explore the car’s surprisingly crisp, precise handling. The CX-30 is comfortable but never soft or wallowy; neat, assured and predictable through corners, but never hyper-responsive.

A medium-firm ride that can become just a little bit busy at town speeds, and agitated at greater speed over uneven cross-country roads, seems a small and acceptable price to pay. On most surfaces, this is a car that’s a cut above most of its rivals for its simple, understated, everyday brand of driver appeal. 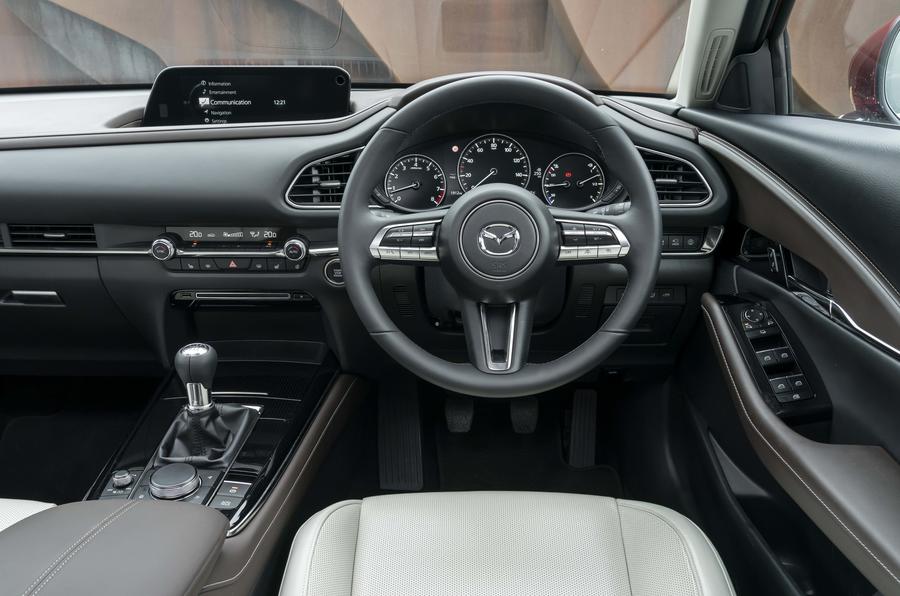 If you’re looking for a smart alternative to one of the obvious premium-branded compact crossover players, consider it seriously. This isn’t the kind of jacked-up hatchback to cram family or cargo into, or to take on high business miles in; and it pretty clearly doesn’t represent the greatest value for money available in its particular niche either (this engine's available in lower trim levels from under £27,000).

But as a handsome, versatile and quiet-operating compact car for smart private buyers who are generally turned off by the bluff looked and blunt-feeling handling associated with so many crossover options, it should stand out loud and clear. 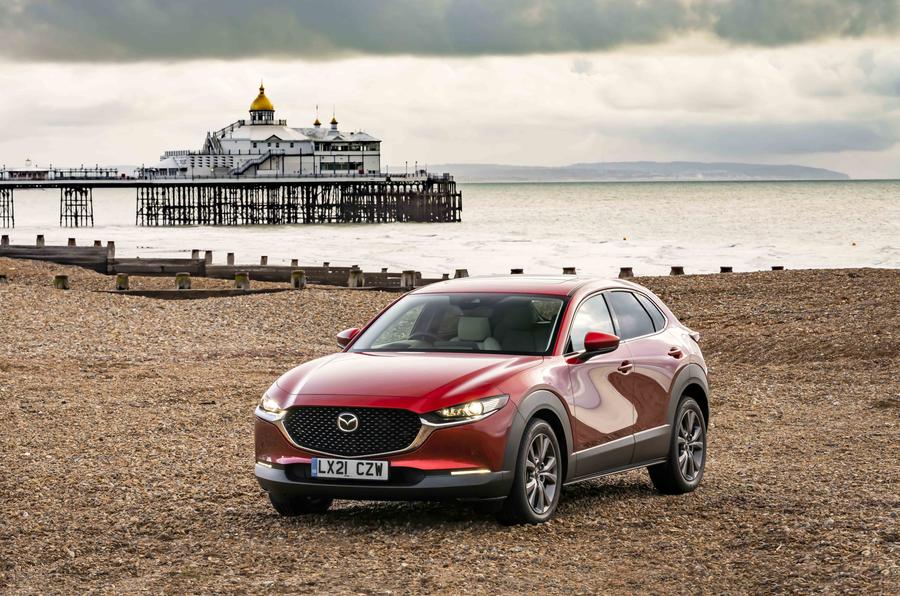 Audi Q2 cabin is full of scratchy hard plastic, not a patch on the Mazda interior. Why do Autocar insist in shoehorning a reference to a VAG product into every car review?

Does anyone know if this engine is going into the Mazda3?

Jeez, even Mazda UK doesn't claim that the CX-30 is a "medium-sized" vehicle. On the contrary, it sits fairly and squarely in the small/sub-compact crossover category. Autocar, please stop pretending that the cars you feature are bigger than they are in reality. You make this mistake time after time... why? In journalism, a little honesty goes a long way.