From £12,5407
More power and greater efficiency for the ageing supermini – but is that enough to keep pace with more modern rivals?
Open gallery
Close

You really have to admire Mazda’s determination to do things differently. Whether it’s holding out as the last maker of truly affordable sports cars, or rejecting large-capacity batteries for its debut EV with a view towards rotary range-extenders, the Japanese firm doesn’t play by everyone else’s rules. That attitude is also true of the Mazda 2 supermini.

Even after its most recent round of mid-life updates, the Mazda 2 still one of the few cars in its class to remain naturally aspirated in all its forms - albeit now with mild-hybrid assistance. The efficiency-boosting tech was introduced last year for the entry-level and mid-range powertrains. Now it’s the turn of the top-end 113bhp Mazda 2 model, which has been reintroduced for 2021.

The 1.5-litre four-cylinder has received an increased compression ratio and an upgraded exhaust manifold also helps keep emissions in check, but it’s the power hike that will enable it better to compete with turbo three-pot rivals from the likes of Ford and Seat. 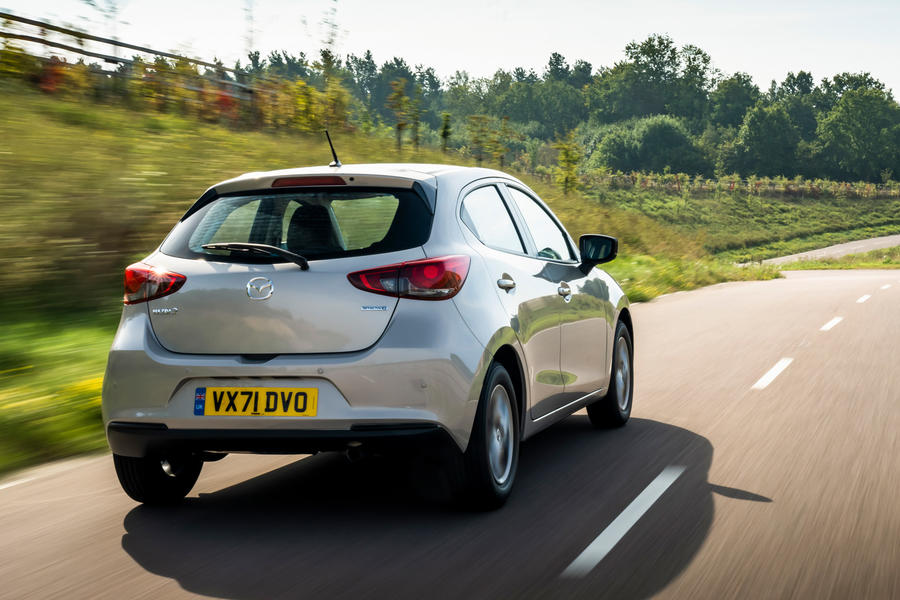 The 2’s cabin is still the same mix of old and new, with welcome upgrades such as a colour head-up display sitting above a delightfully analogue instrument cluster. The oversized speedometer might be flanked by simple LCD panels, but it can’t help but feel dated compared with the fully digital dashboards of rival superminis.

There’s an abundance of physical buttons, and the rotary infotainment controls are appreciated, although they remain a little too far back in the centre console. The touchscreen is on the small side and graphically basic, although it does at least support Android Auto and Apple CarPlay. Overall materials quality is great for the class, though, and Mazda’s minimalist styling punches above its weight.

On the road, the 2 is as well balanced and responsive to drive as ever, with precise and sensibly weighted steering. The whole experience is consistent, with no single element feeling out of sync with the way the car rides and handles. It doesn’t maintain that composure towards the limit, meaning a Ford Fiesta is still the benchmark, but for daily driving, it leaves little to complain about.

The uprated engine feels like a great match for this car’s dynamic ability, with a willingness to rev and enough potency to prevent motorway overtaking from requiring a great deal of forward planning. It does make you work a bit more than in rival superminis, often needing a downshift or two from cruising speeds, but it’s otherwise relaxed and smooth around town. The mild-hybrid system helps here and real-world fuel economy gets impressively close to Mazda’s official figures.

The gearlever isn’t as satisfying to slot home as the one in the Mazda MX-5, but it still shifts in an appealingly firm and precise manner. 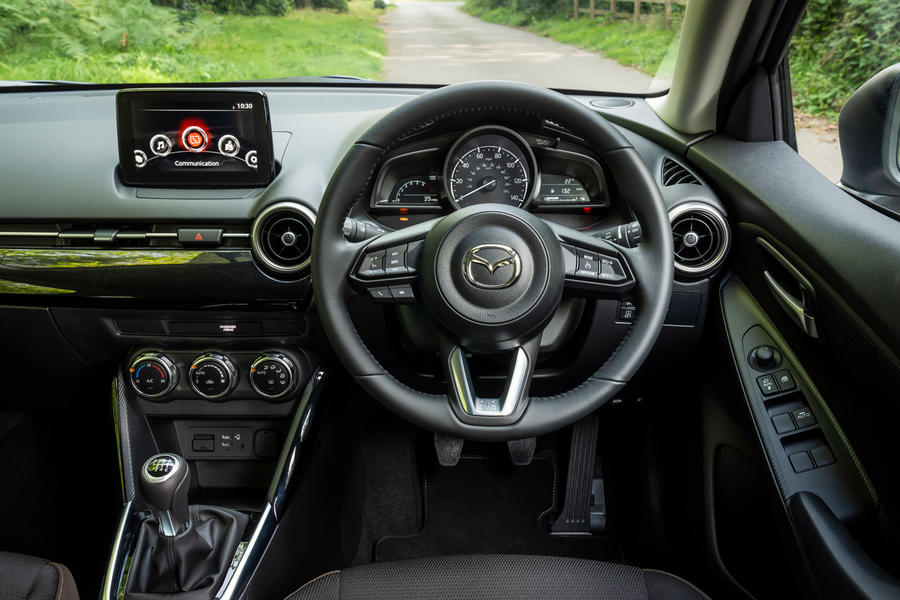 Given it first arrived in 2014, this generation of the Mazda 2 is one of the elder statesmen of the supermini class - and yet it still continues to impress with its unassuming nature. Its replacement, expected to be a badge-engineered Toyota Yaris hybrid, is unlikely to have as much charm.

It doesn’t strive for dynamism, yet avoids being boring to drive. Supermini shoppers looking to stand out from the crowd should at least consider the 115, which doesn’t carry a huge premium over the less powerful engines but delivers greater all-round ability.

There’s no doubt it shows its age in certain areas, though, and keen drivers will likely be swayed by the Ford Fiesta’s sharper handling. 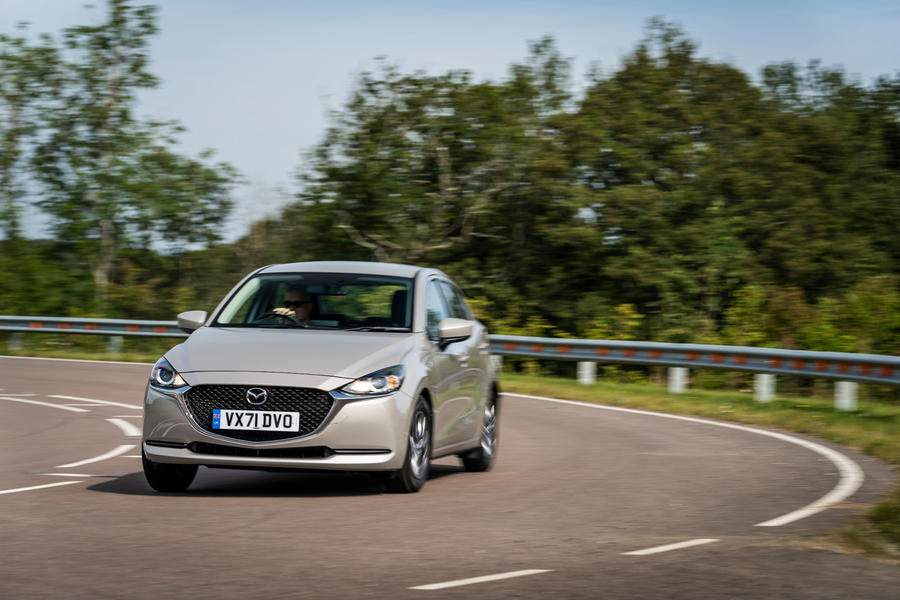 jason_recliner 21 October 2021
We tested a 2019 manual the other week as a potential replacement for my girlfriend's 2009 model. Brilliant little thing, big improvement on the still impressive 2009. Ride and handling still excellent, we were both surprised how much extra power and torque they've found. Still heaps of fun. Great interior, with so many toys, stylish finishes. Comfy seats. Left all the other micros for dead except possibly the Yaris, but that's maybe 30% more expensive here in Australia. Couldn't recommend a 2 highly enough if you want a micro.
Lessis More 20 October 2021

I think these are brilliant (had one last time they made these a couple of years ago). Handles beautifully in the real world, pliant suspension feels great especially on country B-roads, lovely NA throttle response, not overly powerful therefore can be ragged around at speeds the don't threaten your driving licence.  I also view the 'dated' interior as a positive advantage compared to newer overly-complex nonsense with too many screens & not enough proper knobs & buttons.  Keep it going Mazda.