From £22,9956
The new Jeep Compass enters an ultra-competitive market. It'll need to be an improvement on the previous Compass if the compact SUV is to compete with the Volkswagen Tiguan and Seat Ateca
Open gallery
Close

The Jeep Compass is the brand’s new entrant, or re-entrant, in the most competitive SUV category of all – the compact crossover segment.

Despite its SUV-heavy heritage, the brand hasn’t had a rival to the likes of the Nissan Qashqai, Volkswagen Tiguan and Seat Ateca since 2015, when the last Compass was quietly withdrawn from sale.

Jeep has enjoyed recent success with the smaller Renegade, and hopes to sell more of its new entrant in a segment that is expected to account for 300,000 sales in 2017 – the Compass is predicted to sell more than the 14,000 Renegades units that were sold in 2016. The Compass is based on a slightly longer version of the platform that underpins the Renegade, which also makes it a relative of the Fiat 500X.

UK buyers have a bit longer to wait until they can get into the Compass, however. Although it first appeared in production form at the 2016 Los Angeles motor show, and then in European spec at Geneva in 2017, the Compass doesn’t go on sale in the UK until January 2018. 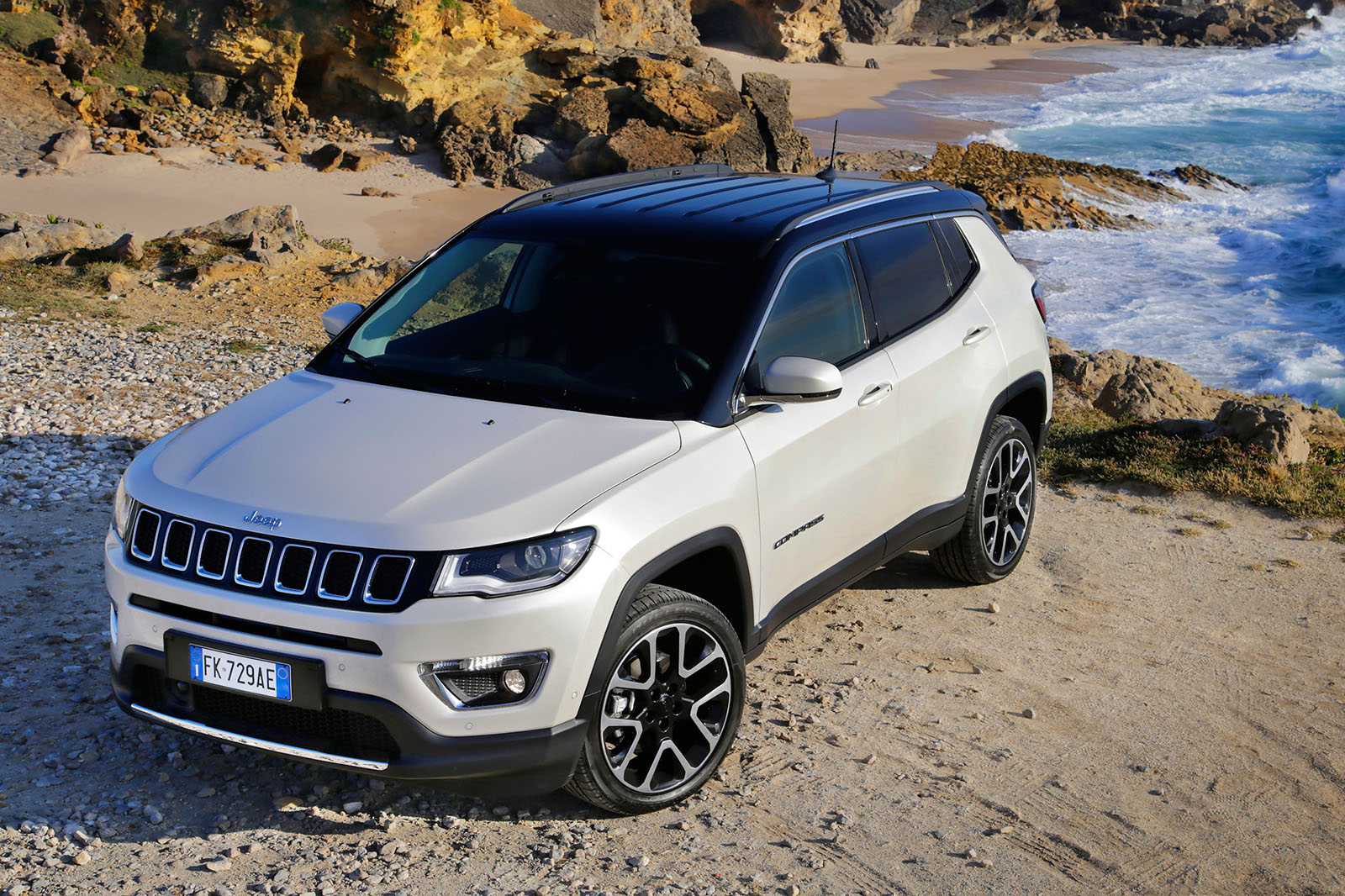 Because of this, we also have a little longer to wait for pricing and UK performance and economy stats, all of which are set to be confirmed in autumn of this year.

As well as the standard, more road-oriented version that is expected to account for the majority of sales in the UK, Jeep is also offering the Trailhawk, a more hardcore version with higher ground clearance and more off-road tech.

The standard version is likely to make up a greater proportion of sales, though, and comes with the mid-range diesel engine, all-wheel-drive technology and a nine-speed automatic gearbox.

Although Jeep took a relatively daring step with the Renegade’s styling, it has played it much safer with the Compass. The trademark Jeep elements remain, such as the large, seven-slot front grille and a bespoke set of front and trapezoidal wheel arches. There are fewer in the way of striking features to grab the eye, although it looks smart, with the contrast colour roof a particular highlight.

Inside, the dash is dominated by the new Uconnect infotainment system, which features an 8.4in touchscreen (lesser models come with a 5.0in or 7.0in version) that controls the navigation, entertainment and other in-cabin heating systems. It is a bit fiddly to use, mainly because most things are operated by touchscreen alone, although a large volume dial and manual air conditioning controls below are welcome additions, even if it does mean a large number of buttons to navigate.

Jeep is keen to stress the Compass’s off-road ability, and the car dealt admirably with the limited off-roading we subjected it to, but the firm recognises that it will spend most of its time on the road - and this is where it is a bit compromised. The 138bhp engine pulls well, but is noisy and harsh under hard acceleration in a way that rivals aren’t. The nine-speed automatic gearbox isn’t as smooth as you’d hope, either; it changes down with a noticeable clunk that you would associate with a 'box with far fewer cogs.

The steering is also very light – that's good at low speeds, but less reassuring on the motorway. Add some wallowing body roll around corners and the Compass isn’t as composed on the road as the likes of the Seat Ateca. It does mean that it settles down to a comfortable cruise on the motorway, even if harsh potholes will send a jolt through the cabin at lower speeds.

Although the Jeep Compass’s final emissions and economy figures are yet to be announced, the European equivalents suggest that opting for the automatic gearbox and all-wheel drive comes at a cost – this version is likely to emit around 10g/km more CO2 than the manual.

A manual gearbox with the smaller diesel engine or one of the petrols is likely to make a lot more sense than this version when pricing and stats are confirmed.

The Compass might not be the biggest, most composed crossover on the road, or the most efficient, but its off-road capability will be an attractive option for many.

Make your mind up Autocar!

Never thought that much of the Compass myself compared to it's sibling the Patriot I thought that it looked rubbish as well. Why Jeep UK dumped the Patriot for the Compass must be one of the mysteries of marketing. I don't think that the second generation version is that great an improvement on the previous Compass,it'll be interesting =to see what the price tag will be,granted this is a diesel 4x4 top of the range Limited model but £31k seems ambitious to say the least,in the US entry price is $20995 plus tax & shipping on top,but if Jeep UK could replicate this figure in pounds sterling maybe it might make headway in a very crowded market
bhakes 16 June 2017

You lot have no idea

First of all you lot have no idea what your taking about this car is not built on the same platform as a Grande punto.I might just add that is the same platform as the Corsa which you all say is great, why don't you all wait till this car appears to give you opinion if it had a ford or VW badge you would all be nursing one about it
xxxx 16 June 2017

Said like a true Volvo driver, we will see but this will be a great car the Jeep in the Uk people should come and drive one instead of jumping on the band wagon keyboard bashers.
Spanner 17 June 2017

So you have a multi franchise dealership?

So you manage a fiat and jeep dealership? Some interesting cars. Good deals too. Lucky you.

However, I fail to see the connection with xxxx being a Volvo driver. If he/she is. How is this connected or indeed an issue? intrigued.

No im not the manager I just have owned 30 fca branded cars over the years you all fail to remember that the company owns Ferrari and there not bad are they the Volvo comment comes from people generally making comments like this drive 25 year old Volvos.
Spanner 18 June 2017

Really all of us?

I still fail to see what is wrong with driving a 25 year old Volvo. Or the people who drive them.

Have you only owned Fca cars then?

REALLY, BE CAREFUL WHAT YOU TYPE