From £54,1457
Anniversary edition XJ is as soothingly swift as ever, but could do more to stand out from the rest of the range
Open gallery
Close

It's surprising how few car models make a half century, but this limited edition Jaguar is a celebration of one of them. It's the XJ50, and the clue is very obviously in the name, the first XJ6 debuting to considerable acclaim in 1968.

Were Jaguar founder Sir William Lyons still alive he might be surprised to discover that a) the XJ model line was still in production b) that this version of it is a diesel and c) that the XJ has become so big. But then, so has everything else.

For the record, among those few half-century survivors are the Mini, the Porsche 911, the Chevrolet Corvette and the Toyota Corolla, the last of these a phenomenally successful multi-generational family of models, but not one with the charisma of all the others.

So, what does an XJ50 bring you? Well, like plenty of limited editions, it takes a committed inspection of the standard features list to understand what your £74,280 brings you. The XJ50 is based on the £66,360 Premium Luxury XJ, which is the second model up the hierarchy, sandwiched by the base £62,360 Luxury and the not basic at all £72,580 Portfolio, this model also slightly cheaper than the XJ50.

Items special to the XJ50 itself are 20in two-tone alloys, bumpers from the Portfolio version, a black grille, a palette of four exterior colours (though all of these are normally available) and subtle additional badging. Inside, leapers and logos adorn the headrestraints, the illuminated sill tread plates and the centre armrest, while the paddle shifters are anodized, and the pedals are alloy.

In case you’re wondering, the £1700 cheaper Portfolio actually comes with some things that the XJ50 doesn’t, such as massage front seats, oval exhaust finishers, superior leather to the steering wheel, illuminated rear vanity mirrors and rear side window sunblinds, while most of the items it does without, including alloys an inch smaller, a 360-degree parking aid, park assist, rear reading lights and a rear window sunblind you can probably overlook. That said, the XJ50 is marginally better value, as limited editions often are.

Now, you’ll be forgiven if you haven’t trawled all the way through these lists of kit, but they’re presented exhaustively because kit is the essence of the XJ50, the rest of the car as per your usual XJ. Which provides a 296bhp 3.0 V6 diesel and an eight-speed automatic that drive the rear wheels. 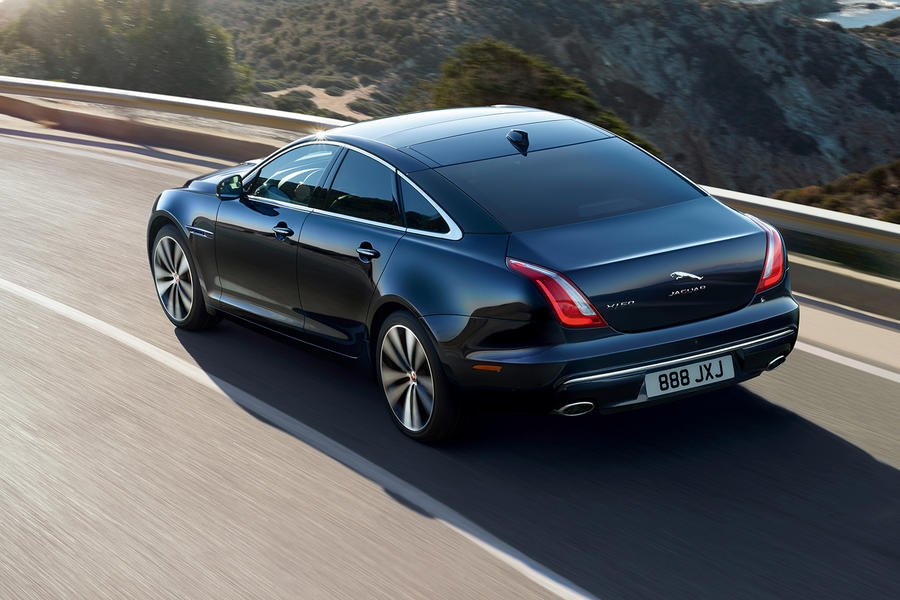 As luxuriant as XJs have always been, the more so with its on-trend quilted leather seats.  And while diesels might have a particulate suffused cloud levitating above them these days, it's hard not to enjoy the velvet delivery of the V6’s ample torque and its tremorless meshings with those eight forward speeds. This is a soothingly swift machine, again true to XJ type.

Less impressive, though, is an overfirm low speed ride and worse, if you're a backbencher, road noise whose subtle penetration is sufficient to make conversation with front seat occupants surprisingly effortful. Which is very un-XJ-like. And a pity given the decent room in the rear, even aboard the standard wheelbase car, this a contrast to most of the XJs produced over the past half century.

The news is better for the keen driver, who will enjoy an agility that belies the XJ50's excess length, it's weight-paring aluminium body a real benefit here. This might be a big diesel, but it’s a surprisingly sporting one.

Otherwise, the XJ50 experience will be very similar to that which you'll enjoy in other versions of the X351 generation model, which you might be surprised to learn is now nine years old. Its still opinion-triggering exterior design is ageing well, even if the interior is dating faster. 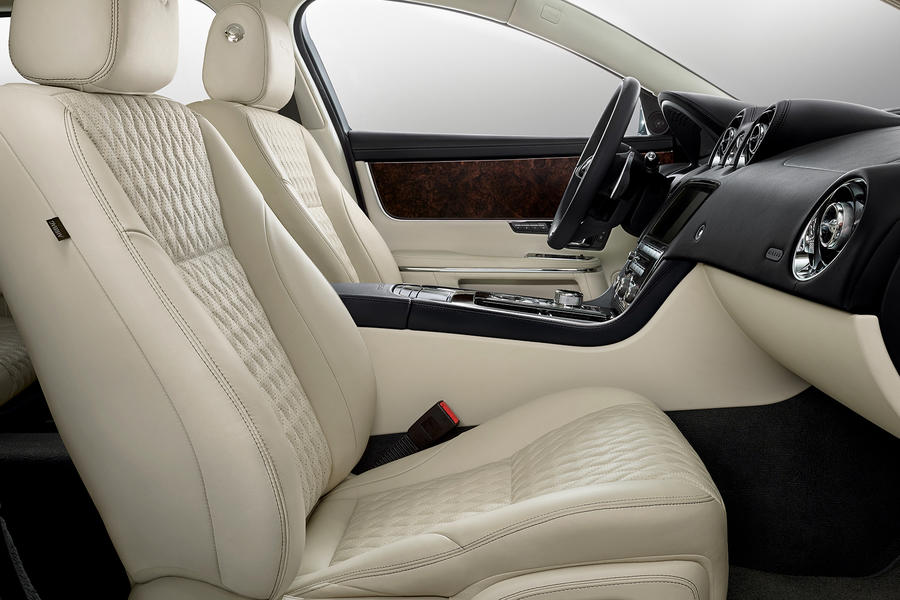 If you're an ardent XJ lover or a collector, then maybe the XJ50 is worth consideration. But it's hard not to be slightly disappointed at the modesty of the differences between this and a standard car, and the fact that as a price-to-equipment package, it’s hardly a must-buy. 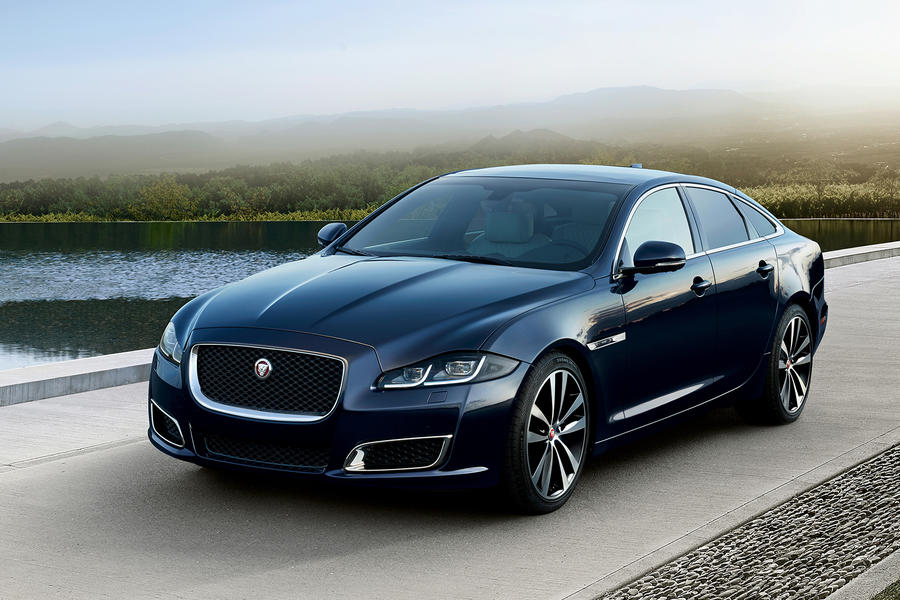 I love the XJ. It's a great

I love the XJ. It's a great shame if this model really is diesel only.

But what a nonsense of the author to labour the 50 year thing.

There is no commonality between this vehicle and the original - it is just the choice of Jaguar to continue to call their large saloon 'XJ'. Otherwise it is meaningless.

And then to actually suggest the Mini has been around for 50 years - don't insult your readers, Richard.

Mini should not be on the list. All the others have been in continuous manufacture with new model introductions. The mini is a pastiche that was made years after the original went out of production.

(waits for backlash from all the Beetle Coupe fanboys)

(waits for backlash from all the Beetle Coupe fanboys)

I do approve of car designs

I do approve of car designs that are not boring, but for me the XJ got it wrong from the B piller backwards. particularly the much critisised rear window treatment that only looks OK on black cars.

But for this model to come only with ugly kid glass (do XJs ever carry kids in the back?) and oversized wheels, not to mention the out of favour diesel engine is a shame. Surely a last showing for the V8 would have been more appropriate?