From £33,4259
Korean flagship SUV gets a modern face, extra space and, above all, is now even better to drive
Open gallery
Close

You’re looking at latest and largest version of Hyundai’s SUV range, launched in 2001 and now moving into its fourth generation.

These days there’s an air of confidence about everything Hyundai does with the Santa Fe. This seven-seater has been the marque’s SUV flagship and has sold around 1.6m examples in Europe as well as scoring even bigger successes in the US, so its creator has known for a long time that it is on the right track. Which is why this latest iteration, unveiled at the Geneva motor show last March and in UK dealerships now, is pretty similar to previous versions, only better in nearly every way.

It’s an imposing design, and modern-looking against its peers, conforming well enough to the company’s claims to an “impressive presence” and a “powerful, wide stance”, although the one about “athletic lines” is stretching the friendship just a bit. The new Santa Fe is palpably about generous cabin space and carrying capacity, and is none the worse for that. 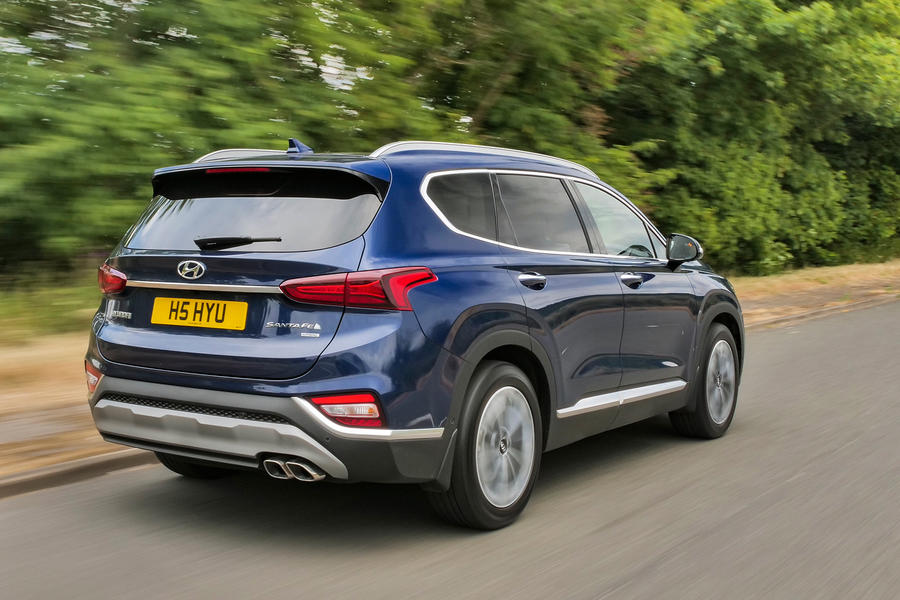 The new interior is dominated by an impressive two-level fascia featuring a prominent and unusually easy-to-use central screen. Details like switch lighting, instrument graphics and the location of USB ports are unusually thoughtfully handled, and there’s an impressive feeling of completeness throughout the car. To back that up, our Santa Fe Premium SE came without a single extra-cost option, because nothing needed adding.

The latest Santa Fe is an all-new model, around 80mm longer at 4770mm, with 65mm added to the wheelbase. Both the second and third row seats have 20-30mm of extra legroom, but the model remains compact enough to fit European parking spaces and cope easily on tight UK roads.

Three models are offered — SE, Premium and SE Premium — and they’re all well equipped and available with either two or four-wheel drive. The lower two versions can be ordered with six-speed manual or optional automatic gearboxes, but the full-house Premium SE comes only with a six-speed auto in 2wd form, or an eight-speeder with 4wd as tested here.

New for the latest model is a torque vectoring system with three different driving modes for distributing torque front to rear: 50:50 in Sport, 65:35 in Comfort and between 80 and 100% to the front wheels in Eco mode. The system still adjusts automatically when it detects really slippery conditions, and the driver can select a 'locked' position that ensures a 50:50 split in the toughest going.

All versions are powered by the same 2.2-litre diesel engine producing 197bhp at 3800rpm, with generous and relaxed peak torque of 325lb ft developed between 1750 and 2750rpm. This 2.2CRDi engine is a developed version of a familiar unit, with a new piston design designed to cut low speed and cold start engine noise.

Before you drive it, you tend to view the Santa Fe as a usefully updated model but nothing out of the box. Once you’ve put miles under its wheels you appreciate where the real progress has been made. The steering is surprisingly quick (higher geared than before) with a new accuracy now that the power assistance motor is rack mounted. It’s not heavy, but the Santa Fe unerringly holds its direction over changing cambers and big bumps in a way many larger SUVs cannot.

It corners nicely, too, gripping accurately at the front all the way through long bends and maintaining its line when pressed hard on undulating A-roads, the front strut/rear multi-link suspension absorbing bumps easily and quietly while keeping excellent control of body roll. The car rides flat, damping big bumps and coping neatly and quietly with typical British ruts and potholes. This latest Santa Fe has a stiffer floor structure and better soundproofing under the carpet, and it certainly tells. 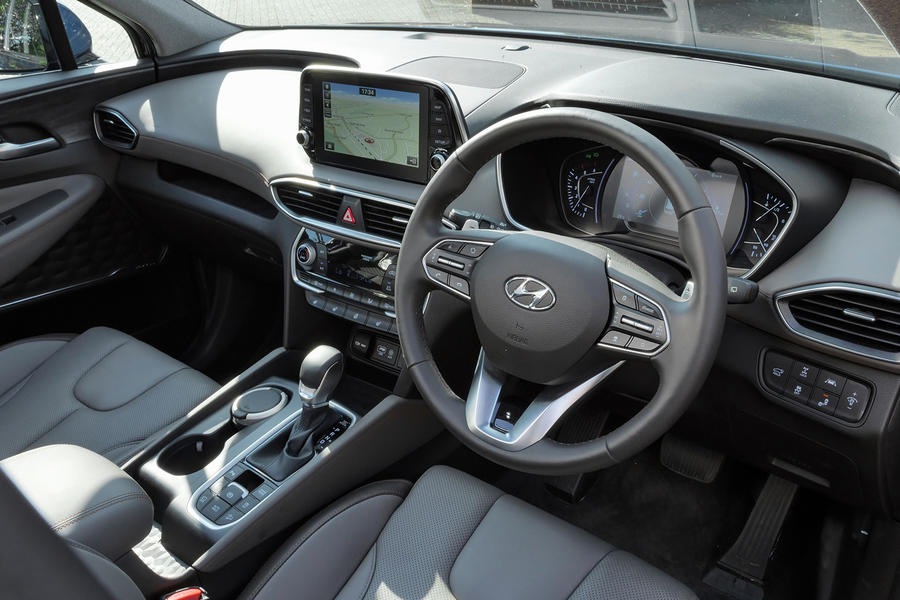 If you’re in the market for a 4.8-metre SUV, the Santa Fe is certainly a leading contender. There’s an air of practical sophistication about everything it does.

The big Hyundai may have started life as a budget model – and at £43,295 in the top-spec form tested it still looks very decent value – but its refinement and capability can now give any of the grand marques a run for their money. 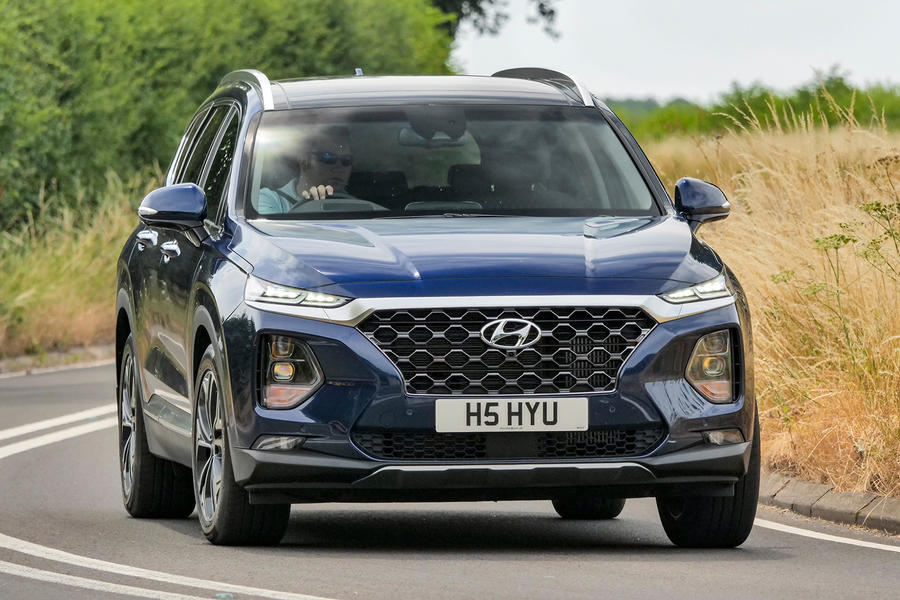 You would have to be crazy to buy this. It looks ugly and derivative at the same time. At this price I would buy a Jaguar F pace

I suspect an F Pace at this spec would be well over £50K. It would also not have the warranty. For a private buyer looking to run it for 5-6 years this looks an excellent buy.

I'm sorry but £43,000 for a Hyundai is beyond a joke! This article reads more like an advertorial than an objective review. We hired the previous model in the USA last year and I was distinctly underwhelmed by it, and had terrible back-ache after precisely 45 mins of driving.

Cool story but this isn't a

Cool story but this isn't a review of the previous model. It's received great reviews in many publications so perhaps this isn't an anomoly?

Cool story but this isn't a

Cool story but this isn't a review of the previous model. It's received great reviews in many publications so perhaps this isn't an anomoly?

Looks like the new class leader - stylish, dynamically accomplished, spacious and still representing good value for money. If ever there were any lingering doubts Hyundai (and Kia) couldn't vie on equal terms with the top European marques this car should dispel them once and for all.

The interior design is particularly nice.