From £33,4258
Hyundai's fourth-generation large SUV has grown in size, increased in luxury and even has a little agility among its new talents
Open gallery
Close

You’ll have heard, many times, that the SUV market is getting bigger. But it’s literally growing here - the new Hyundai Santa Fe, the brand’s biggest SUV, is 70mm longer in its latest generation.

That might not sound like much - the length of an index finger - but on a car that already takes up 4.7 metres of road from nose to tail, it’s enough for Hyundai to now offer the Santa Fe in only one variant globally; before, a Grand Santa Fe topped the line-up.

It’s not quite the sales maven that the Tucson has turned out to be, as people tend to prefer Nissan Qashqai-sized SUVs (only around 4000 Santa Fes find UK homes each year), yet represents a growing and therefore important SUV niche.

The new Santa Fe, then. It’s got a new look, in line with the Kona, and a new chassis, which despite the car being bigger than the old model, is lighter than before.

It’s available only in 2.2-litre CRDi flavour in the UK, while the automatic gearbox and four-wheel drive will be the bestselling set-up over here. Seven-seaters are all we’ll get in the UK, while other markets get five-seaters. 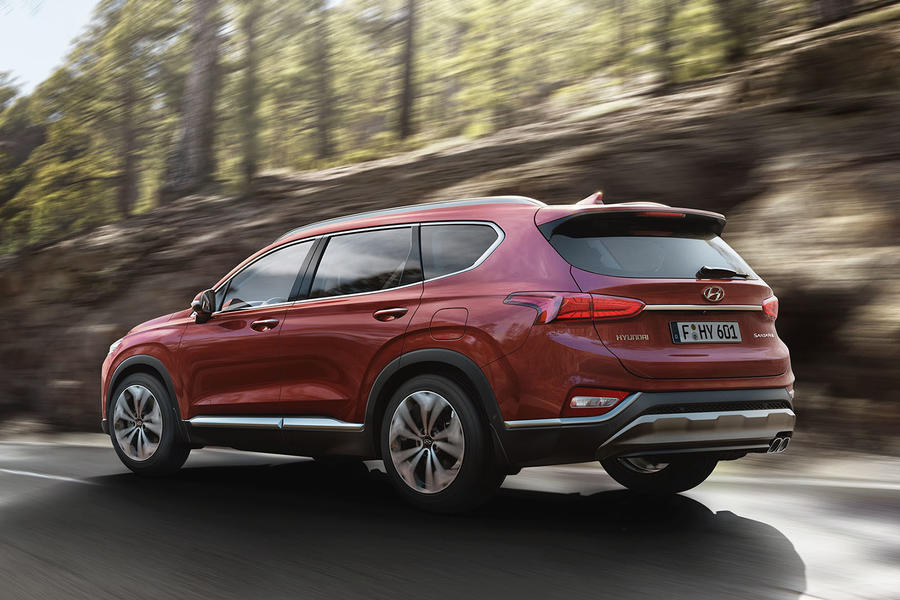 It doesn’t feel as big as it looks – or is – for a start. It’s a big car - not far off as long and wide as a Range Rover Sport – but feels fairly agile for the class.

The steering is direct and blessed with a surprising amount of feel - there’s no point-and-guess that you get with many wallowy seven-seater SUVs. Speaking of wallowy, there’s no escaping the Santa Fe’s body roll, but it’s controlled and gradual rather than sloppy and clumsy. It’s no Seat Ateca - it’s a whole class bigger for a start - but it defies the class standard of not being particularly fun to drive.

The new eight-speed automatic gearbox makes largely smooth, unnoticeable shifts, although the lack of dual-clutch option means they’re not as smooth as they could be.

At motorway speeds, there’s little complaint from the suspension, although a UK drive could bring out some flaws we’ve yet to see, given the state of our Tarmac compared with Barcelona’s. It’s certainly more settled over what bumps we encountered than the Skoda Kodiaq, mind.

Wind noise is the biggest audible flaw, but even then there’s not an upsetting amount.

Otherwise, the cabin is peaceful and attractive. Closer inspection of some interior trim reveals it to be a little more imitation luxury than genuine plushness (reach lower down than usual to feel where it gets cheaper), but that could be the trade-off for a decent level of practicality. Even the rearmost seats are suitable (just) for adults, who’ll only begin to think about complaining on longer journeys.

Equipment such as air conditioning for the rearmost passengers and easy folding of the second-row seats at the touch of a button show that the Santa Fe’s third row is less of an afterthought than many five-cum-seven-seaters, although some more time (and money) could be spent on the infotainment system. It’s a floating unit atop the dashboard, and is frustratingly unintuitive to use at times, while the graphics feel fairly dated. 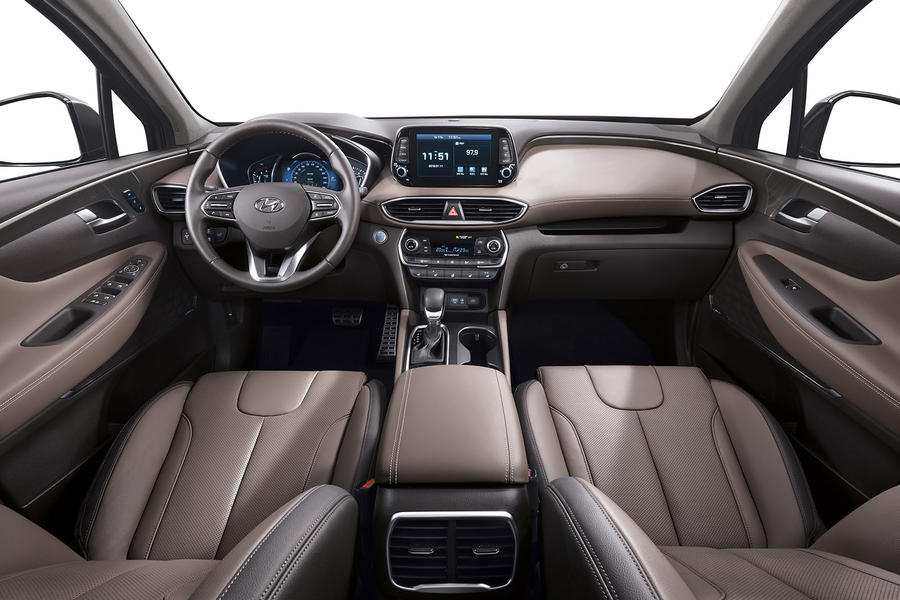 That could be the sticking point. See, where other brands, such as Skoda, start their seven-seat SUVs at a price beginning with the number two, the Tucson starts at £33,425, and is priced, as tested in predicted bestselling Premium Automatic 4WD spec, at £40,795.

There’s not much wrong with the Santa Fe from what we’ve gleaned here, but a class based on value and metal-for-money demands perhaps a better starting price than £33,425. The Nissan X-Trail, for instance, starts at just over £28,000. For comparison, the bells-and-whistles Skoda Kodiaq 2.0 TDI 190 Sport Line 4x4 5dr DSG is £37,450.

Price aside, though, the Santa Fe isn’t inconsiderable in its talents - although not the last word in driver appeal, it’s more fun to drive than other contenders in the class would have you think.

It’s big, yes, but handles its size well, and although couldn’t be definitively described as agile, does a convincing impression of a car that is. 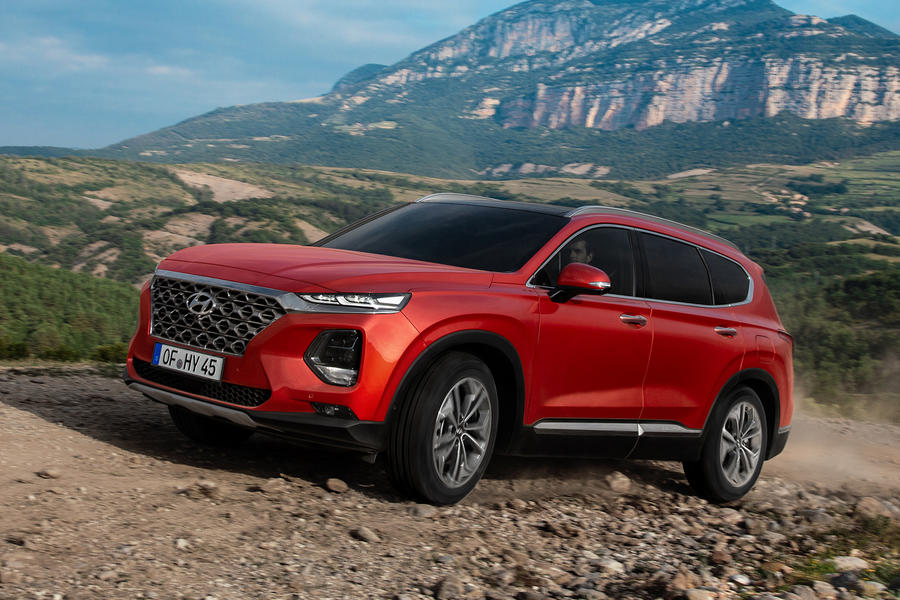 what a car really mr faisu