From £33,4257
Big SUV now comes only with hybrid powertrains, this one bringing an extra 35bhp
Open gallery
Close

Gone are the days when Hyundai’s top-billing SUV was available solely with diesel engines. Not only are the two engines in the Hyundai Santa Fe line-up now petrol-fuelled, but Hyundai has electrified both.

With 262bhp and 36 miles of electric-only range (versus 227bhp and, well, almost nothing), the PHEV is clearly the stronger proposition than the regular hybrid in terms of both performance and fuel economy.

What’s more, in base Premium trim, it will set you back only around £3600 more than a commensurately equipped Hybrid; and for company car drivers, the BIK tax rate is far kinder, at 11% compared with 32%.

One thing worth noting, however, is that the PHEV is offered only with four-wheel drive. And if you feel that neither the extra traction nor the electric range of the PHEV is going to make an appreciable improvement to your life, the Hybrid can be had in front-drive form, at which point the price drops to less than £40,000. 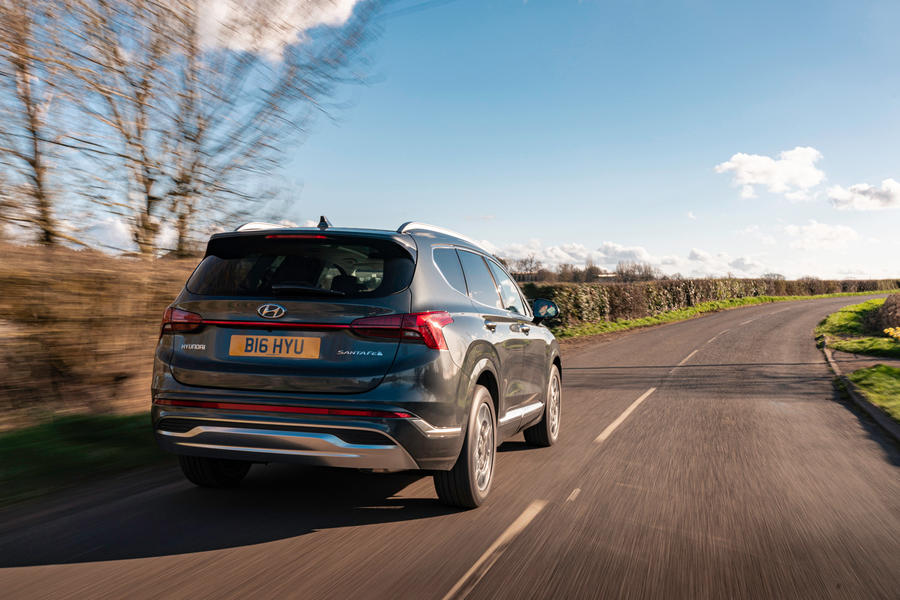 Unsurprisingly, the PHEV’s character is much the same as that of the Hybrid, only with many more instances where the engine shuts down entirely on the move.

It’s an easy-going behemoth, with surprisingly good steering and an enjoyably loping gait on smooth roads, although the ride quality deteriorates noticeably with the quality of the road surface.

Don’t expect too much of the performance. The PHEV’s relatively generous 262bhp output makes short work of overtaking, but in general, even with the help of the 90bhp electric motor annexed to the six- speed automatic gearbox, it never gets on top of its 2005kg weight. Too much throttle and the engine is quick to present as strained and somewhat out of its depth in a car this large. As a reasonably plush cruiser that will potentially use little fuel day to day, the PHEV has some superficial charm and an expansive cabin but not much polish to the powertrain. 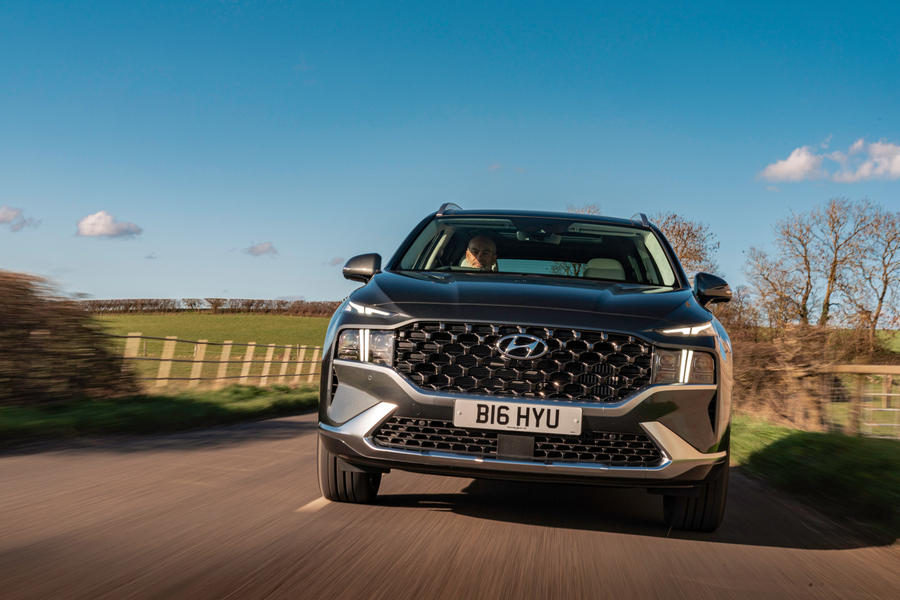 Log in or register to post comments
giulivo 3 September 2021
This, and its sibling the Sorento, have the (relatively) affordable 7-seater PHEV market to themselves (the Ford and the V90 are almost twice the price; the Disco Sport, Outlander, Tarraco, Kodiaq and others can be had as PHEV or seven seaters but not both). As has been said by others, 5-seaters should be compared against the Tucson or the Sportage, not against the 7-seaters.
scotty5 26 August 2021

And what a crazy comparison. If you're going to compare it to a Volvo then it has to be the 7 seat XC90 Phev which starts from £65600. Motoring hacks therefore only have to find £20,000 of someone elses money rather than just £8000 more.

No amount of mpg / running costs justification is going to make that price anything other than a huge waste of money, whether from an outright purchase or via finance.