This is the very first model from HiPhi – a brand created by Chinese technology start-up Human Horizons, which clearly has the premium end of the EV market in its sights.

Described as a 'shooting cross', the HiPhi X's cab-forward stance is recognisable from other upcoming luxury EVs, such as the Faraday Future FF91, and the proportions are equally substantial. The X is longer than even the new Mercedes-Benz S-Class, although it can't quite match the German limousine in terms of wheelbase.

A six-seater, the X also comes with lots of standard equipment, as you would expect on an upmarket car, and touts some surprising features, such as the part-suicide, part-gullwing rear doors similar to those seen on the Tesla Model X.

Underneath the body, the car's 97kWh skateboard battery feeds two 295bhp electric motors (one per axle) that are capable of firing it from 0-62mph in just 3.9sec. Suspension is by double wishbones at the front axle and multiple links and the rear.

Also noteworthy is the rear-wheel steering, which operates at up to 10deg to give the X a miniscule 11.6m turning circle. 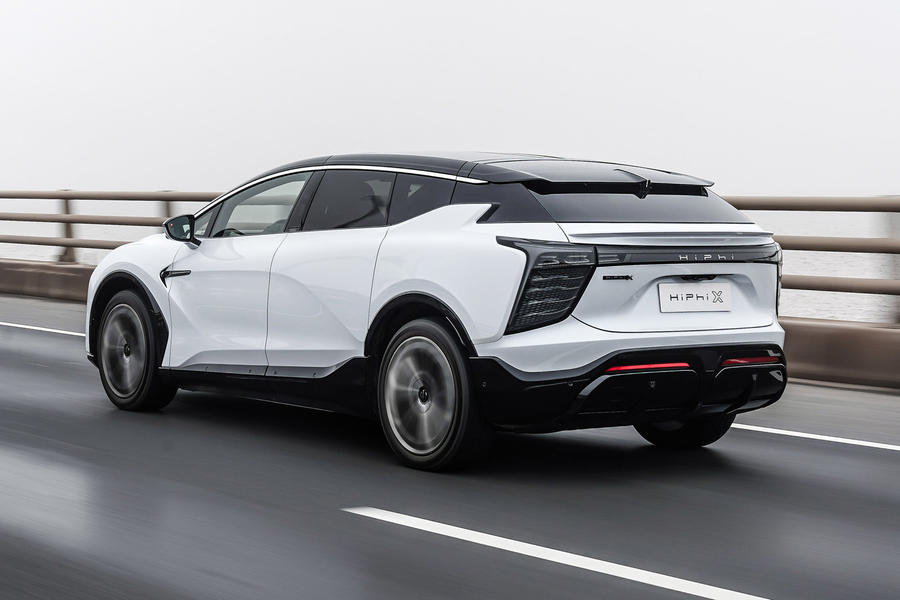 There’s no doubt the X is a purpose-built EV, not least because it looks unlike anything currently on the road. The A-pillar joins the body just above the front wheel arch, as seen on mid-engined Lamborghinis. And as for those rear doors, the lower portions can be opened exclusively of the roof section, which can also hinge upward for ease of ingress.

Inside, and typical for the recent Chinese EV designs, the dashboard gives away much of its acreage to screens. Most of the cabin functions are controllable from either the 16.9in central display or voice commands. The driver also gets a digital instrument panel and a head-up display.

The dashboard also does away with the glovebox, replacing it with an entertainment screen for the passenger, while the dubiously named queen's seat – that is, the front passenger seat – can recline to a near-horizontal position. Meanwhile, the centre console has a wireless phone charger along with cupholders and a cubby. Further storage is offered up via hollows under the centre console and main screen.

In the second row, passengers get electrically operated 'commander' seats that each have an embedded USB port. Touch the door panel and an array of control then appear, including for the climate control, seat heating, seat cooling and massage functions.

As for driving what is, by any standards, an enormous car, you can easily forget just how big the X is. Unlike with the Nio ES8, which constantly reminds you of its bulk, only in tight spaces do you truly feel the X’s size. There's no doubt that the four-wheel steering feeds into its ease of use.

In Sports mode, acceleration is blisteringly quick, as you would expect with around 600bhp on tap. Along with Comfort and Eco, there's also a configurable Individual mode. Like in many Chinese EVs, however, the highest energy recuperation setting isn't particularly aggressive.

Air suspension provides stability and helps the X remain impressively flat even though tighter corners yet gives a cosseting ride over bumps. The steering, meanwhile, is well weighted but lacks any real feedback.

The biggest problem on the road doesn’t come from the dynamics. Instead, it's that in strong sunlight, glare from the central screen reflects straight into the driver’s eyes, and the glass panel in the roof doesn't have a blind to rectify this. 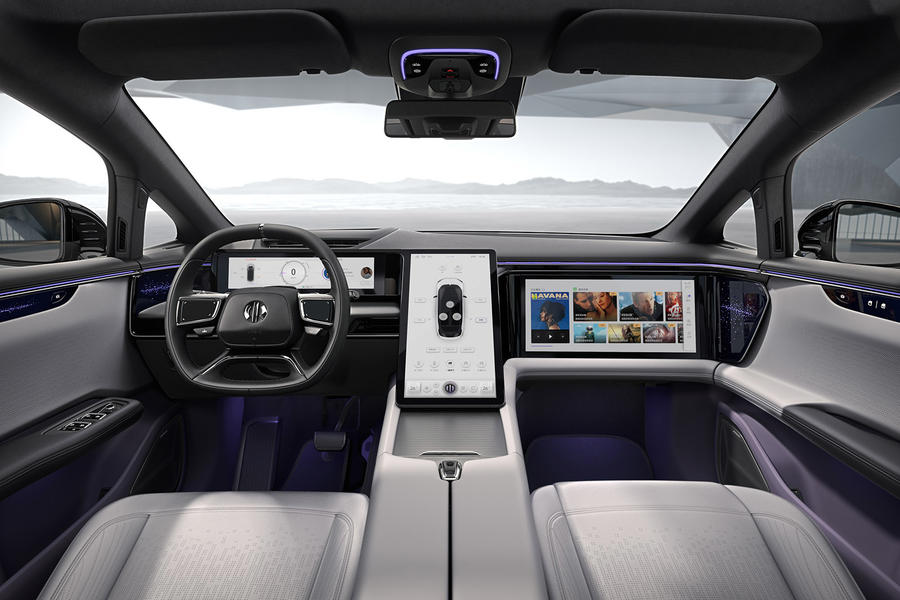 The X is currently available only on the Chinese market, but Human Horizons is making noises about exports, and Europe would seem a logical choice.

Feature-packed, it’s a genuine attempt at a premium Chinese EV, and the technical development was led by a former Jaguar Land Rover engineer. It's more a car to experience than admire from afar, and it's a good attempt to define what a purpose-built luxury EV should be. 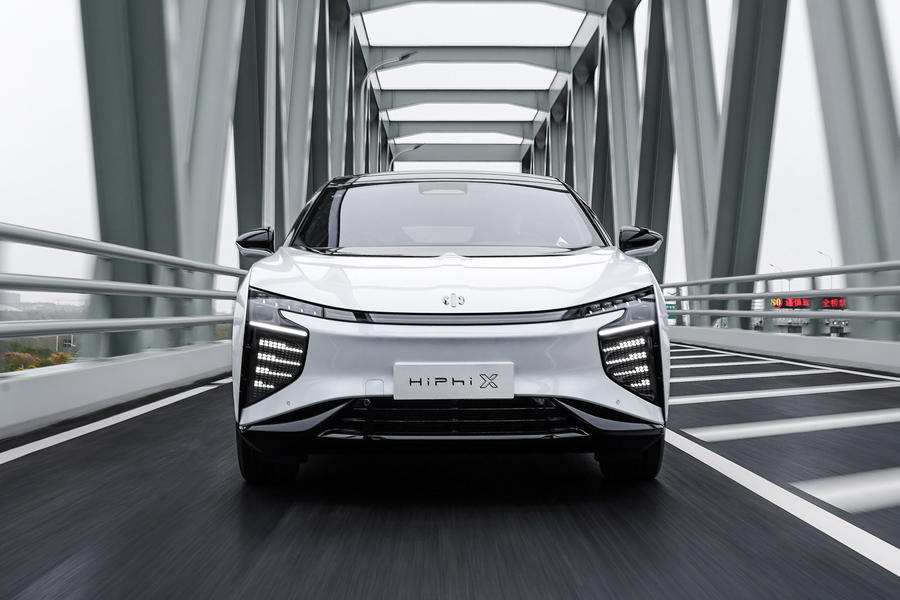 Quoting/replying is still broken, but to agree with 'Harf' the article doesnt relate to its own subheading, there is no reference to answering any of the issues we didnt know existed, which is very frustrating.

I like any EV that tries different layouts, rather than following the ICE traditions, as i think they (some at least) will be looked back on the future as the trail blazers. I'm intrigued by this, I wouldve liked more info on it.

The car looks very interesting, but are there any images depicting how the doors open? :-)

Overdrive 22 April 2021
Gotta love the 'start up' description. A product with the level of engineering and facilties to produce a car like this requires huge budget, resources and technical knowhow.

So, who could the company count on to provide all that for them, I wonder! It couldn't be the Chinese government, could it? :)