From £20,7957
Small crossover’s third generation goes hybrid only and gets a dose of sophistication
Open gallery
Close

Honda’s press blurb for the new generation HR-V reads as though the company has been paying attention to reviewers’ and customers’ clamour for cars that don’t hit you over the head with technology. It makes much of its ‘Man-Maximum, Machine- Minimum’ design principle, which sounds like a bad Google translation, but it is supposedly the “belief that the purpose of technology and design is to serve the needs of the driver and passengers”. Amen to that.

It doesn’t mean that this is some sort of back-to-basics Suzuki Jimny competitor, though. For starters, the new HR-V is hybrid only, like its Honda Jazz hatchback sibling. It uses essentially the same set-up, but with a bigger battery and 21bhp more to cope with the heavier, taller body. That means a 1.5-litre Atkinson-cycle four-cylinder petrol engine, and two electric motors giving a combined output of 129bhp and 187lb ft.

Inside, there is plenty of tech, too. A 9.0in touchscreen and 7.0in digital gauge cluster are standard, and the suite of active safety systems now has all the features expected in a modern car. Even the air vents are clever. Yes, the air vents. In addition to the usual centre and corner air outlets, there are L-shaped vents at the edges of the dashboard, which can generate a curtain of air to insulate the cabin from the hot or cold windows and create a vortex in the cabin that provides air flow without blasting air directly at the occupants’ faces.

Honda’s ‘Magic Seats’ make a return, too, in the HR-V. As the fuel tank is under the front seats, which are 10mm higher than in the outgoing model, the rear seat cushions can be flipped back to create a tall load space that easily houses something like a bicycle. The rear seats have been moved 30mm further aft to create very generous leg room, although that does come at the expense of boot space, which measures just 319 litres. The HR-V hasn’t really grown, but it was already a deceptively large car, more comparable in length to the Renault Arkana and Toyota C-HR than to the Renault Captur or Yaris Cross, and wider than all of them, which helps the spacious feel.

With Honda having thrown the digital kitchen sink at the new HR-V, how much of that ‘Man-Maximum, Machine-Minimum’ rings true? A fair bit, actually, because it’s an intuitive, undemanding car to drive. 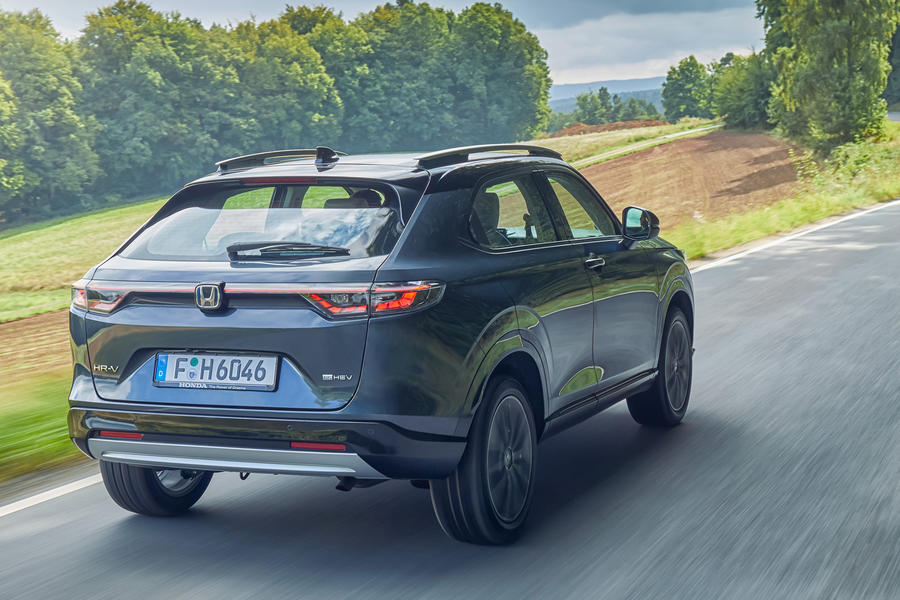 Although the driving position feels perched rather than commanding and the roof feels closer than in other crossovers, it’s otherwise sound and the seats are particularly supportive. There are buttons for all the major controls: the climate, media volume and even the lane departure warning. You don’t necessarily need to turn it off, because it worked unintrusively on admittedly clearly delineated German roads. The adaptive cruise is a little slow to start accelerating, though. The infotainment system, too, is not the quickest to respond, but it’s unproblematic to use.

The rest of the interior is a mix of some particularly pleasing and some particularly disappointing materials. The seat fabric, steering wheel, buttons, armrests and synthetic leather inserts on the dashboard feel great, but the gearknob is a rough rubber and the rest of the dash, especially the top, is coarse and feels straight out of a cheap 1980s car.

On the road, the HR-V is remarkably refined, with minimal noise intrusion during cruising or town driving and one of the more supple rides in the class. With that pliancy comes some body roll, but the mildly gloopy steering manages a modicum of communication and the grip reserves are ample.

The above-average cruising refinement sadly draws into sharp focus the one big annoyance about the HR-V. Under anything more than light acceleration, you have to endure the mooing from the hybrid system that can’t make up its mind whether it wants to mimic a CVT or a multi-speed gearbox. The engine revs soar quickly and often, making quite a din and sending some light vibrations through the steering wheel. The raw performance and the indicated 45mpg are fine, but the engine sound is pretty tiresome. 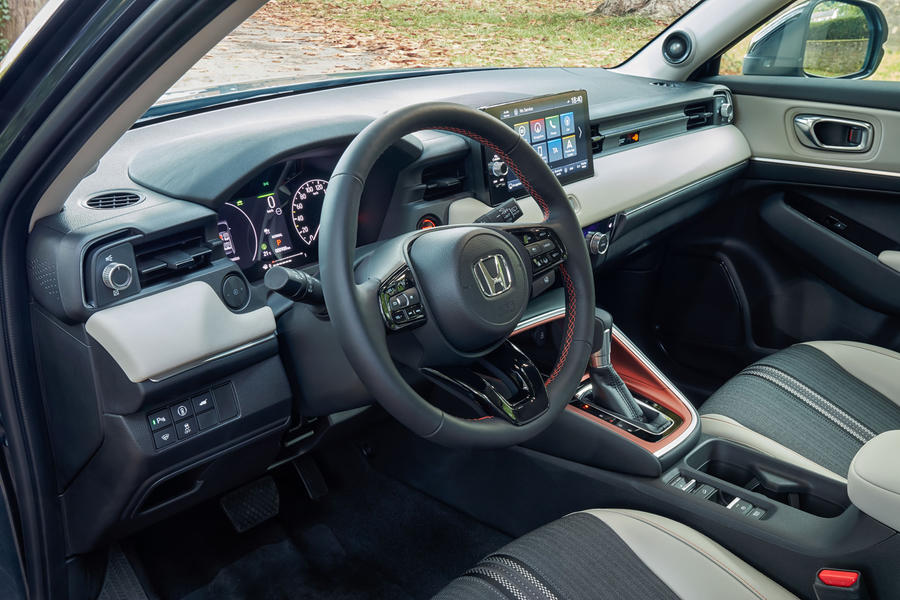 There’s a lot to like about the new hybrid-only HR-V. The chassis is well resolved for the class, the technology won’t make you want to take a hammer to it, the interior is appealing despite the perceived quality niggles and it provides great versatility, albeit with disappointing boot space. It’s broadly aligned on price with the Arkana E-Tech and 1.8 C-HR, although that does make it expensive compared with non-hybrid rivals.

Man-Maximum, Machine- Minimum? Sure, if only the machine could shut up a bit more. 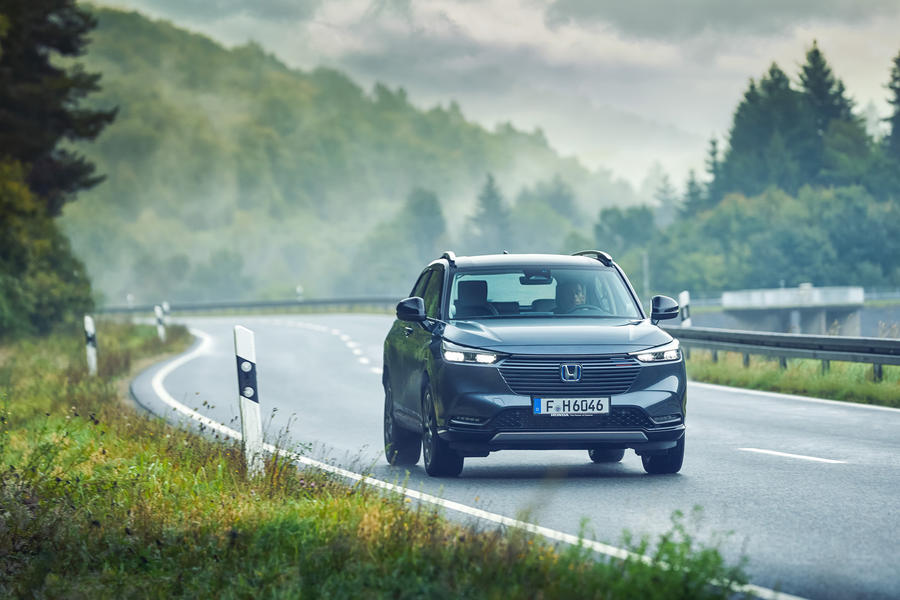