This is the first model from Geely's brand new electric vehicle (EV)-only brand, and a car that the Chinese giant says has been benchmarked against the Tesla Model 3.

The Geometry A was officially unveiled at the recent Shanghai motor show, and we've already had a brief spin on a test track at Geely's research and development centre in the Hangzhou Bay area.

But the A is far from being the sort of cheap and cheerless appliance those prices might suggest, having a very generous standard specification and an impressively upmarket finish. It sits on an electrified version of Geely's existing saloon platform - future EVs will use an architecture shared with Volvo - and uses a 161bhp motor to turn its front wheels. Geely claims a 0-62mph time of 8.8sec. 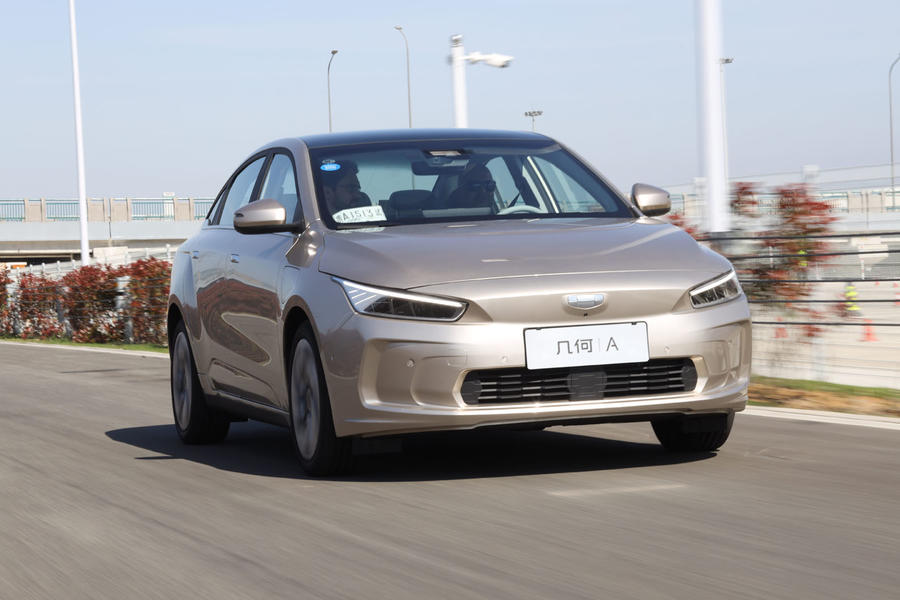 Our drive took place on the short test track with smooth surfaces, sharp corners and limited opportunities for speed. As the official 0-62 figure suggests, the A is no Model 3 when it comes to performance, but it's more enthusiastic than the Nissan Leaf or Volkswagen e-Golf off the line, chirping tyres in response to a stamped throttle despite the control system's attempt to feed in power slowly.

The track's biggest straight was just long enough for us to see 130kmh (81mph) on the speed display, by which point acceleration had tailed off. Refinement is good: there's almost no sound from the motor and little wind or tyre noise, despite the lack of internal combustion distraction.

The controls are light, with little sensation in the steering and little feedback through the brake pedal. But responses are accurate, the regenerative effect is powerful and the A feels very easy to operate at the gentle pace at which it will normally be driven in China's traffic-clogged cities.

The track's collection of slow corners and hairpins did nothing to flatter the A's modest athleticism, leading to lots of body roll, limited front-end bite and some torque steer under hard use as the peak 184lb ft struggled to find traction. Not that hard use is likely to feature much in the duty cycle of a typical A.

It's much harder to find fault with the car's static attributes. It's a big unit: at 4736mm, it's only just shorter than the Volkswagen Passat. And while the sleek exterior design may lack much in the way of visual excitement, it appears classy and expensive up close.

The interior is genuinely impressive. With a nice-feeling leather steering wheel, decent-quality plastics and some real metal trim, it feels upmarket. There are two display screens: a small one behind the steering wheel showing a digital speedometer and your remaining range plus a sizeable central touchscreen for the infotainment system. Our test car also had a head-up display, which felt a little like information overload.

Perceived quality is every bit as high as that of the Model 3, although the design lacks the Tesla's minimalist ethos; the centre console's bulk is unjustified, given its modest duties of housing the rotary gear selector. Space is generous in both the front and rear, and the load space beneath the rear hatch is huge. 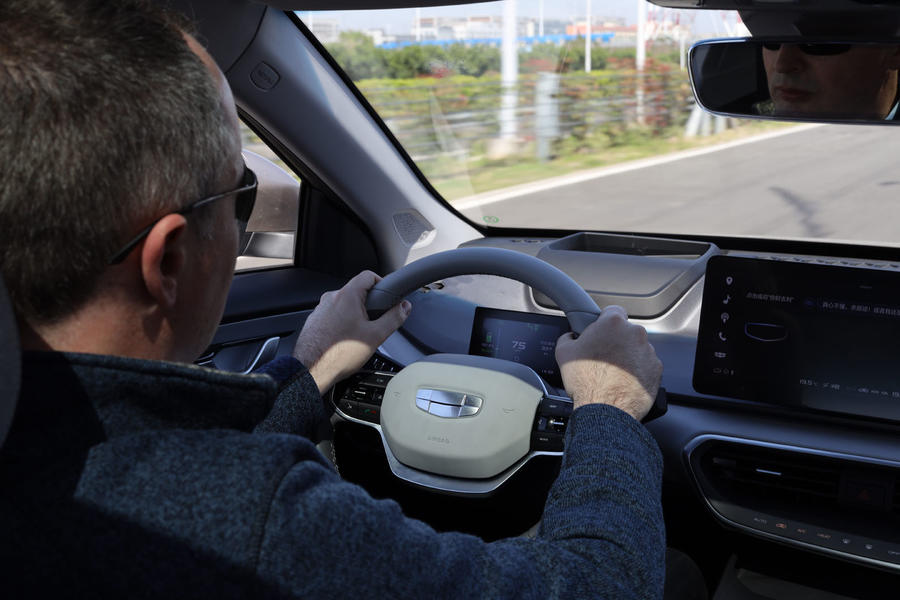 If you're in China, you can already buy an A. Indeed, Geely says it has already taken 27,000 orders.

We're told that a version of the car will be coming to Europe, although it will probably be limited to ride-hailing and possibly car-sharing fleets, and there are no plans for right-hand-drive production. 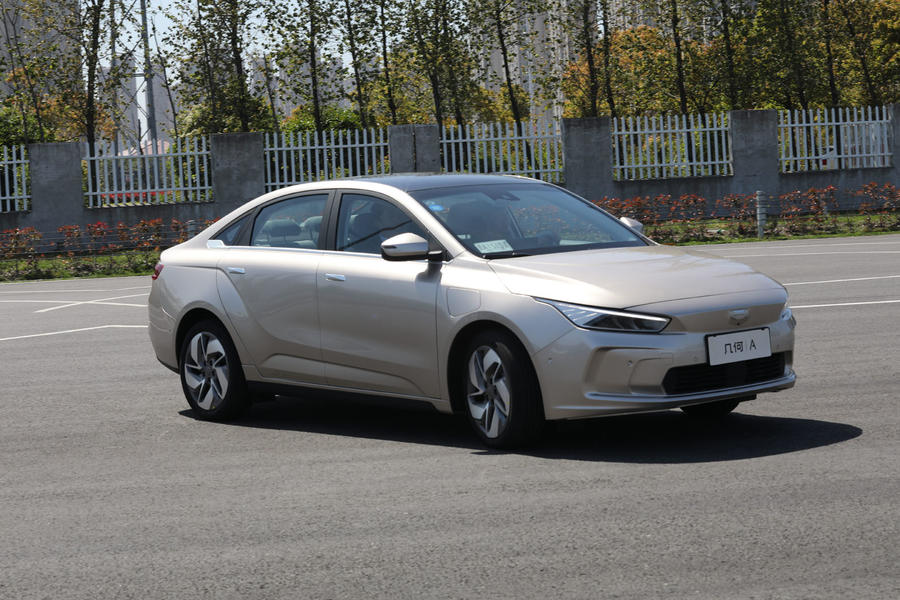 Hoping to save up for a nice car in the future.

How about the crash test?

It looks a bit dated but I would really like to see how it performs in a crash test.The load cell equipment we manufacture can measure the force and results of a simulated crash.

You want to move. click here. will not disappoint you. driving directions