For the second time BMW has given the F80 M3 a makeover, although the 2018 model year upgrades are minor, to say the least. The smoked LED headlights are new and lend a fresh, sharper look, while the cabin has received a handful of subtle tweaks, most notably in the form of the latest iDrive operating system.

Those are the revisions BMW is happy to talk about, at least. Like most manufacturers, BMW has a policy of constant and gradual improvement with each new model year. Many of those improvements, however, will be sneaked through to production without being communicated to the press or public. So while the company hasn’t announced any revisions to the M3’s chassis, we’re certain a number of important tweaks have been made.

This is the M3 Competition, which carries a £3000 premium over the base model and comes with its own chassis settings, a small uplift in power, unique wheels and a number of styling changes. 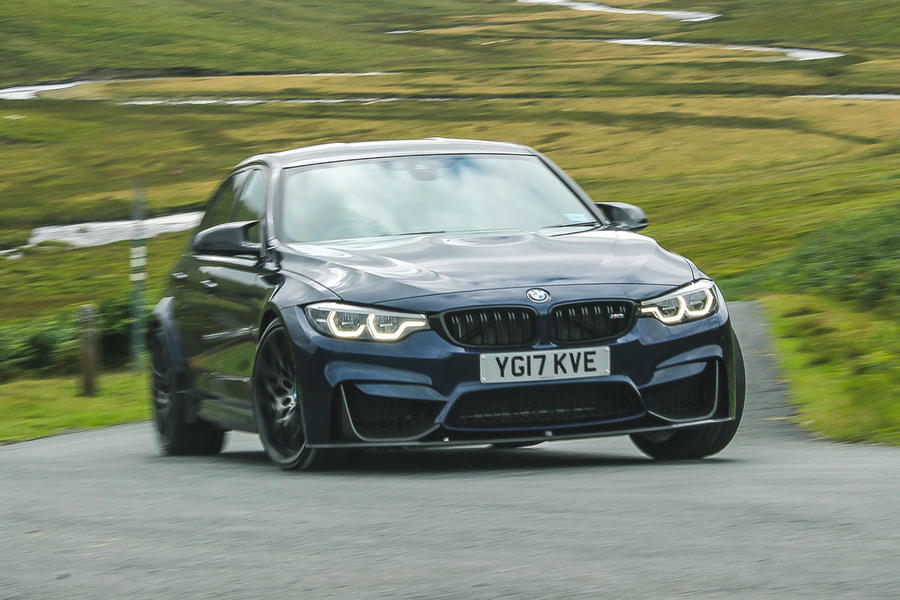 BMW’s iDrive system has been updated with attractive new graphics and a clear, easily navigated menu system. This might well be the best and most user-friendly automotive infotainment system there is and the click/scroll wheel on the transmission tunnel is much simpler to use when on the move compared with a a touchscreen. 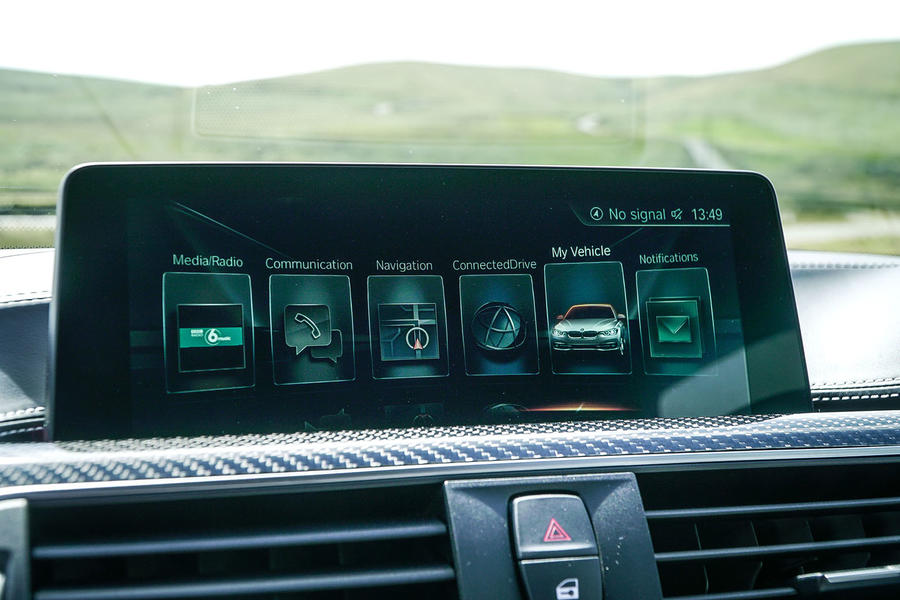 The M3’s cabin is mostly very good and, in this test car’s specification (with carbon-fibre cabin trim and two-tone leather), there’s just enough to let you know you’re not riding in any old 3 Series. The seating position is just about perfect, too, although the Competition-specific seats don’t offer any lumbar support, which can be a pain on longer journeys.

What makes us so sure BMW has gone to work on the 2018 car’s chassis? Quite simply, the latest M3 Competition is the best F80 so far - and not by a small margin. Whereas the very early cars were so lacking in body control that they could be downright intimidating to drive on a country road, and later models were a little better but still somewhat unpredictable, this latest version is altogether more cohesive – more so even than pre-facelift M3 Competitions. 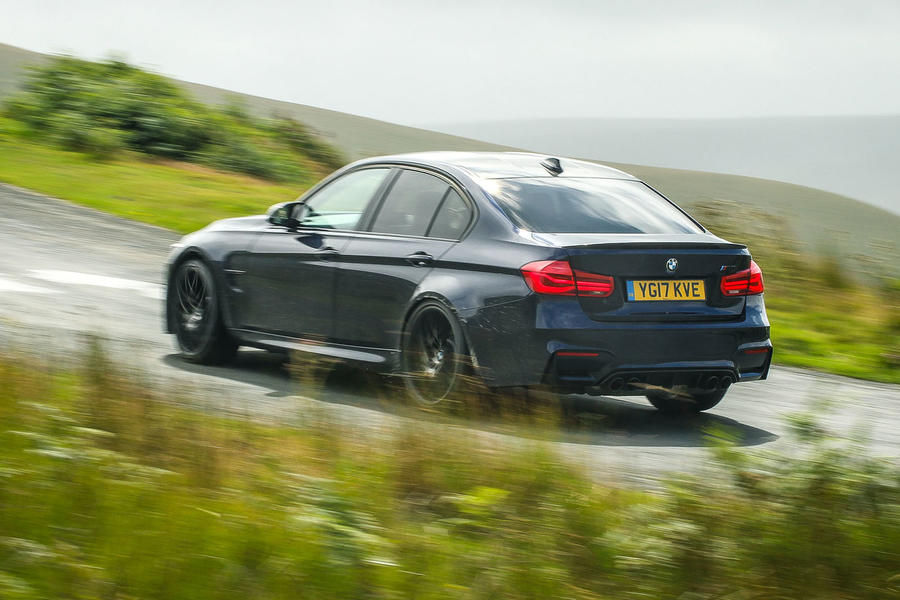 There’s some tension in the low-speed ride quality, but that settles really well at motorway speeds so the car doesn’t feel busy or fidgety. And in Comfort mode, in particular, the M3 Competition feels beautifully damped on a lumpy B-road, absorbing bumps and dropping into compressions without skipping off course or wallowing lazily. Body control has gone through the roof compared with the very first F80 M3s, which simply means this car works with, rather than against, you. Simply, it’s much less intimidating to drive.

The F80 has always been short on traction, more so even than more powerful rivals such as the Mercedes-AMG C63 S. This latest version is no exception; those rear wheels will still light up very suddenly as the twin-turbo straight-six dumps great lumps of torque upon them.

Another area where this car feels very different to previous models is the M Dynamic Mode, the halfway-house setting for the stability control. It previously gave you enough freedom to have some rather alarming moments, particularly in the wet. Now, though, it’s much less lenient. BMW has responded to criticism of those early cars being such a handful. 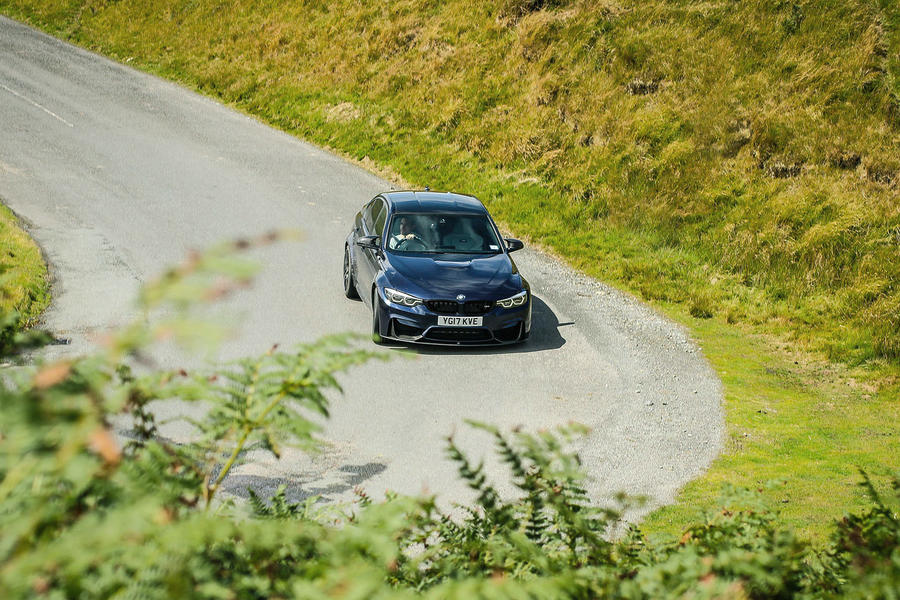 With the systems off, the car is as playful as it has ever been, though, and if you’re confident with the throttle it will slide around like the best of them. It can feel quite snatchy as it breaks away, however, whereas other sports saloons, notably the Alfa Romeo Giulia Quadrifoglio, are much more languid and progressive right at the limit.

The drivetrain is unchanged, which means the engine still develops 444bhp – 19bhp more than the base car – and the standard transmission is a six-speed manual. Just about all M3 buyers specify the very rapid seven-speed DCT gearbox, though. The engine is still short on character and the soundtrack is bland, but there’s no doubting the throttle response or sheer performance. 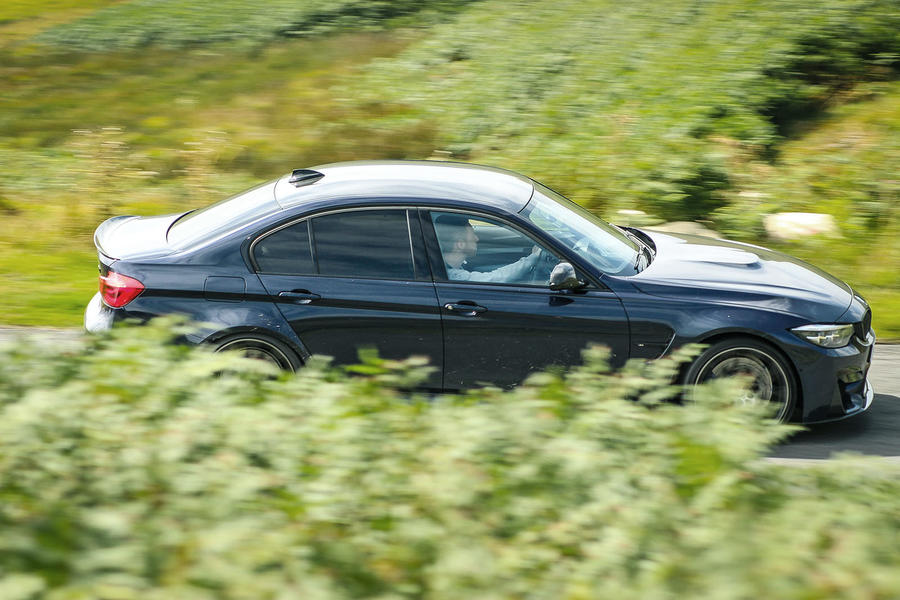 If you want a fast and entertaining sports saloon, there’s no real reason not to like this. The level of competition in this class is extremely high right now and, although we do rate the AMG C63 S and Giulia Quadrifoglio higher than the M3, we certainly wouldn’t advise against buying the BMW. 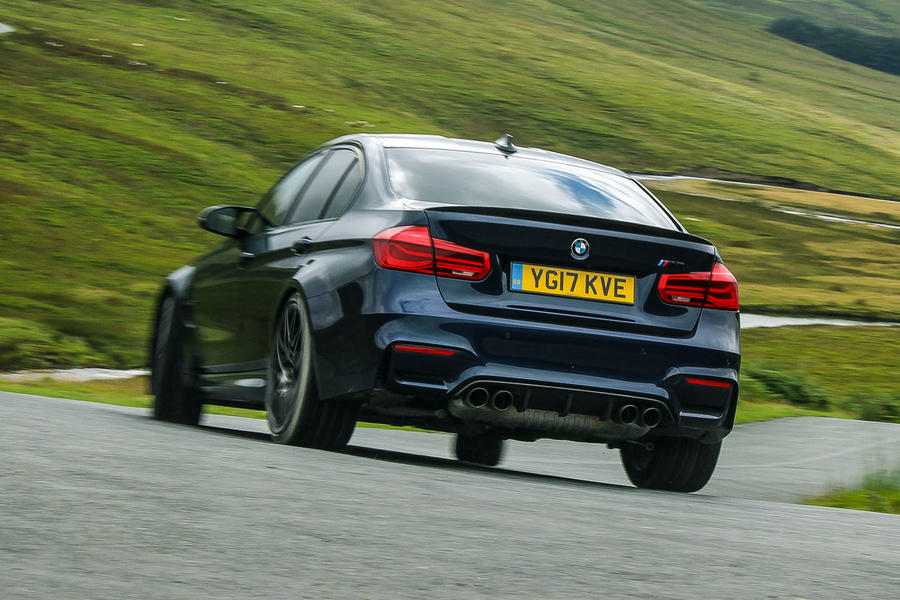 Problem with the 3 series is the 4 series, now the 3 series is seen as outdated and 2nd rate by the public and BMW. It may have worked for audi with a but it has "lessened" the 3 series, all those years building up "something" then undermining and the "demotin t is not a clever move in my opinion.

Problem with the 3 series is the 4 series, now the 3 series is seen as outdated and 2nd rate by the public and BMW. It may have worked for audi with a but it has "lessened" the 3 series, all those years building up "something" then undermining and the "demotin t is not a clever move in my opinion.

I'd love an M3 / C63 / Quadrifoglio but c£60k and 20mpg, how often are you going to get the driving opportunity to justify that kind of expense and running cost? We've recently taken delivery of a new 335d Shadow Edition, bought for £34k, doing 43mpg and goes like a good 'un, for me it makes an M3 look even more irrelevant in the real world...