The BMW 2 Series has undergone the latest wielding of the BMW design department's surgical knife, resulting in a facelift for all Coupé and Convertible variants, as well as the 1 Series they're based on.

Here we focus on the 2 Series, which outside gets new standard LED headlights (adaptive ones are available as an option), a redesigned kidney grille, new (optional) LED fog lamps and restyled front air intakes. Further to that, three new exterior colours and four new styles of alloy wheel are available.

The 2 Series' insides have been given a going-over, too. The dashboard is completely new and has been angled more towards the driver, there's a new instrument display, the latest iDrive infotainment system features and so does new leather upholstery. A scattering of air vent, window button and cup holder enhancements complete the list.

But there are no mechanical changes. As such, we're driving the 2.0-litre 220d diesel, which still produces 187bhp, officially does 60.1mpg and emits 124g/km of CO2 in popular M Sport trim. 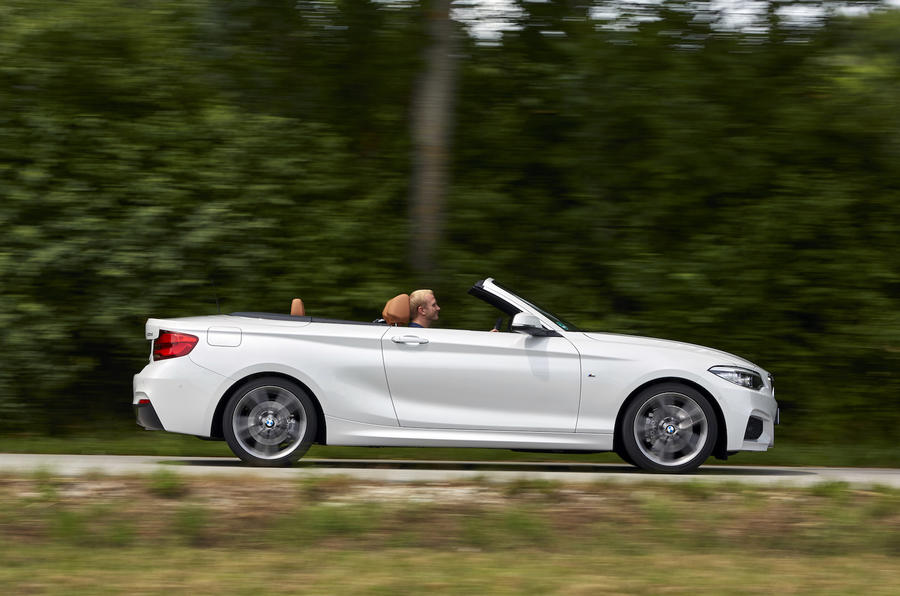 To drive, the 2 Series is as it was before. BMW's 2.0-litre diesel engine fires to smooth idleand paired with BMW's brilliant ZF automatic (as our test car was), provides useful flexibility and decent outright pace, making it as pleasing a companion in town as it is when you're barrelling along A-roads and motorways. It could be quieter and transmit a little less vibration when pushed hard, but neither is bad enough to put you off.

It remains a decent steer, too, with a light but communicative set-up that is still better on non-variable form, but certainly not ruined for having the box ticked. It's usual for a convertible to feel less agile than its coupé stablemate and that applies here, although the margins are small: the 2 Convertible still feels urgent, composed and nicely upright in tight corners. It is, as it was, a more engaging drive than Audi's A3 Cabriolet.

And, perhaps more importantly in convertible form, comfort is still impressive. There's the odd shimmy over potholes, but compared with its open-top rivals the 2 Series is no worse, dealing with everything from deep ruts to scraggy stretches of high street well, particularly with our car's £515 adaptive M Sport suspension switched to Comfort mode. 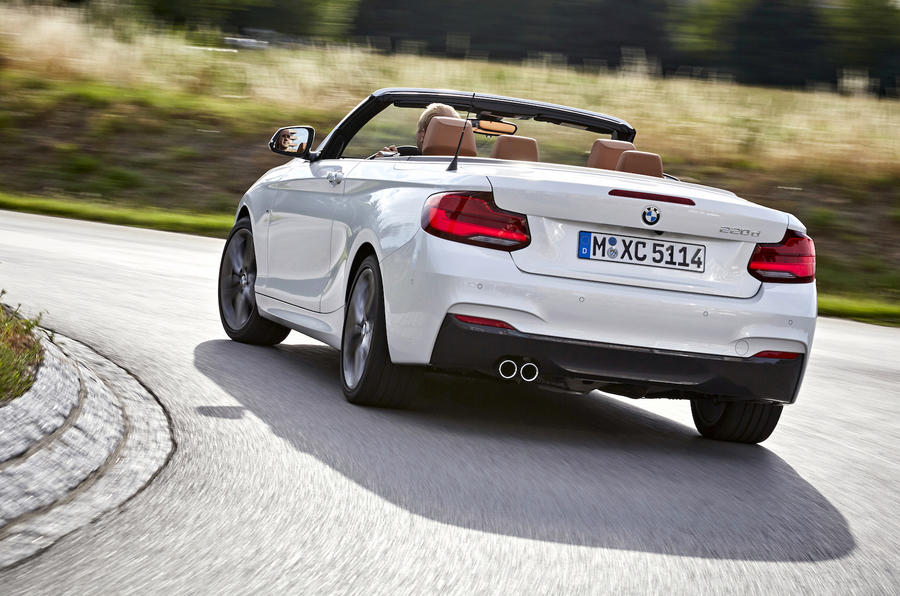 Roof up, there's some tyre noise at speed but nothing that'll have you reaching for the audio system's volume knob, while roof-down (a process that takes about 20 seconds and can be carried out at speeds up to a useful 30mph) it provides good protection from the elements for four passengers with the windows up. Fit the car's optional wind deflector (£260) and two passengers can travel at motorway speeds without the need for hats or hairnets. On that note, two passengers will travel in more comfort than four in other ways too, because a couple of adults in the rear will struggle for kneeroom behind a couple more. Its an issue that's slightly more acute than in an Audi A3 Cabriolet. Unlike the BMW, the Audi's boot isn't hindered by its folded roof, either.

On to what's new: BMW's new dash is a genuine improvement, not only for its new driver-facing stance, but also for its improved materials and trims. The latest Professional iDrive system is expensive at £775 but well worth the outlay, bringing a larger 8.8in colour touchscreen over the standard 6.5in one. The screen can also be controlled via BMW's usual rotary dial and menu shortcut buttons between the front seats. Its menu layout is new but still simple to navigate, so the only downside remains BMW not including advanced smartphone mirroring such as Apple CarPlay and Android Auto as standard - it's a £235 option across the range. 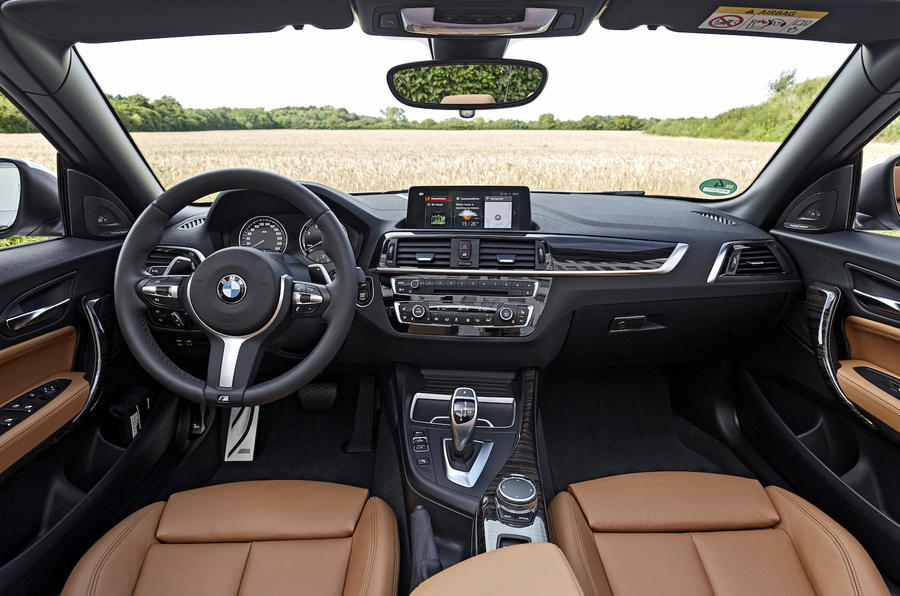 The 220d's oilburning 1995cc four-pot still stands as one of the best engine choices you can make in this model range. The 218d below it is cheaper but no cleaner nor any more frugal, while we'd argue the 220d's extra power and torque, given the 2 Series' decent agility, is worth the small premium. There's no need to spend more on M Sport trim: entry-level SE is very well equipped and will improve the already-impressive ride comfort - but since when did that stop anybody wanting bigger wheels and a body kit?

Having acknowledged all that, if you've just taken delivery of a pre-facelift 2 Series Convertible there's no reason to send it back. These changes are genuine improvements, but they are small. The 2 Series' interior is certainly a nicer place to sit, but its exterior changes are minor and its infotainment was among the class best before. Still, if you're buying one today, then you can sign on the dotted line safe in the knowledge that you're still getting a thoroughly well-rounded open-top.

nearly £34k, and they dont even bother to fully paint the rear bumper.. I suppose its so they can charge you extra for it..

The 2 series - coupe and

The 2 series - coupe and convertible - now represent the closest to the '02 series in size and in spirit.

But why must the interior look such an awful mess, even or especially in facelifted form? Does BMW realise that its interior design has lagged far behind its competitors?

Convertibles are not my thing

Convertibles are not my thing, but this does sound appealing. I quite like the 2-series.