From £13,4207
Mid-range version of Audi’s Mini rival is quite pricey but a rounded car with plenty of rational appeal – if you can convince yourself you want one
Open gallery
Close

The all-new A1 Sportback, the second-generation premium Audi supermini, which we’ve just driven in the UK only a couple of days after we drove it abroad.

This is a chance to get to know the car in a slightly different state of tune, however, and one in which a lot of UK owners will come to know it: with the lower mid-range, 114bhp ‘30 TFSI’ engine, a six-speed manual gearbox, standard passive suspension and 16in alloy wheels, and in mid-spec Sport trim.

There’s no need to reprise all the introductory detail you probably read in Mr Prior’s review a couple of days ago. Suffice it to say that there are more powerful, more exciting and more expensive flavours of this renewed Mini rival for those who want ’em. 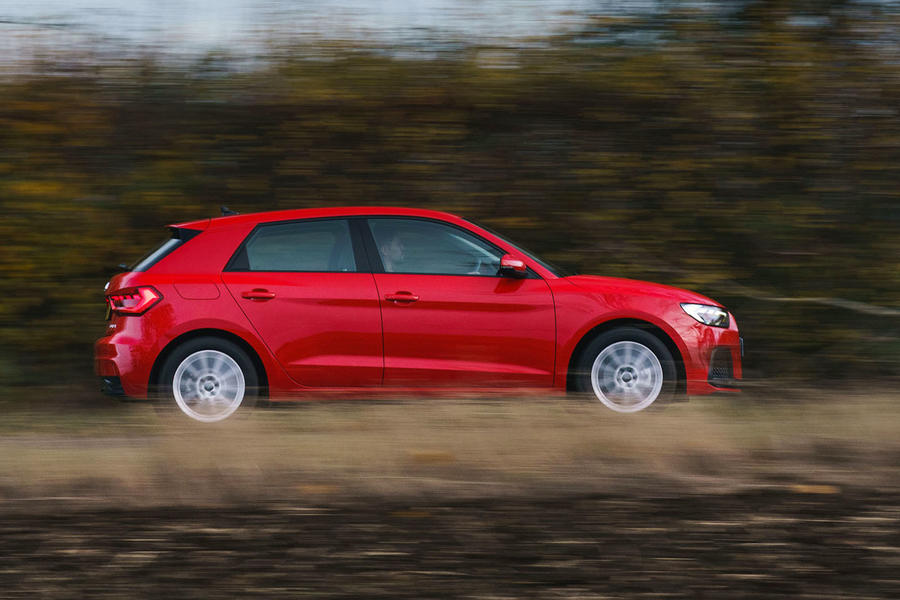 S line specification brings a more aggressive look to the car, as well as firmer sport suspension and bigger wheels. There will also be some extra-special subdivided S line trim levels for the A1, the likes of which haven’t been seen on other Audis. With those you can have 18in bronze wheels, bronze body trim and smoked headlights (S line Style Edition); smack-you-in-the-face yellow paint with black body trim (S line Contrast Edition); or a 197bhp 2.0 TFSI engine, adjustable dampers and red brake calipers (S line Competition).

The upgraded shocks of that last version of the A1 aren’t ‘adaptive’ in the sense that they’re continually adjusting; they just have a couple of driver-selectable valving presets (a bit like the ones on the current VW Polo GTI) and they’re only an option on cars with that top-level combination of engine and trim. If you want your A1 with any of those extra-special trim levels, though, you’ll probably have to wait until at least February or March of next year to get it.

It’s a small car with a lot going on in the styling department. The design of the A1 has divided opinions at Autocar HQ. Some appreciate Ingolstadt’s attempts to jazz up the car’s looks, others think it’s a fussy, funny, overwrought-looking effort. But I suspect I can guess which of those perspectives will be the better-represented of the two in the comments section following this article.

What it seems, to these eyes at any rate, is a little but highly decorated Audi; a car whose surfacing and detailing are attempts to conjure the visual charm and chutzpah we expect of a fashionable premium supermini on a car whose more fundamental design features are pretty conservative and familiar. And, for the record, I wouldn’t call the end result particularly successful either.

But then, what else can Audi do? Could this car have had both the distinctiveness and charm to compete with a Mini and that ‘Russian doll’ Audi-brand design authenticity that the firm seems compelled to repeat on all of its models? It seems doubtful. And the A1 certainly seems a more coherent-looking car to this tester in Sport trim than with the bigger air intakes and extra garnish of S line specification.

Step inside, then. Even in a monochrome trim combination, the A1’s interior looks quite daring, and its layout and themes speak of technical precision and technological advancement in the way you’d expect them to. You get digital instruments and an 8.8in touchscreen infotainment system as standard (a generous tally of standard equipment is one of the reasons that Audi’s been a bit bold with the car’s pricing), although both are upgraded as part of an optional £1650 Technology Pack that our test car had fitted.

You don’t get full leather upholstery on an A1 unless you plump for an S line Style Edition model. And, moreover, you don’t quite get the same perceived quality in the A1 that you get in other, bigger, pricier Audis. There is hard, slightly shiny moulded plastic on the inside of the doors and a little more of it to find if you go hunting around the cabin at lower levels. If anything, it’s the layout and appearance of the A1’s primary interior fittings, and its onboard technology, that lifts the car’s cabin ambience above that of other related VW Group superminis; it’s not perceived quality.

The sum total of our test experience of this car has thus far been delivered by A1s with bigger alloy wheels and with Audi’s sport suspension. On standard suspension and 16in rims, the car deals with British roads decently well. It feels a touch more firmly suspended and tautly damped that the average supermini, and so it’s less compliant at town speeds than some but more controlled and assured at A-road and motorway speeds. Now and again, the suspension feels as if it could do with a little bit more sidewall and wheel travel in order to easily soak up the full range of bumps that UK roads will throw at it. But overall, rolling refinement is pretty good.

And that’s indicative of a wider approach from Audi to make the A1 seem premium-worthy by imbuing it with dynamic qualities you’d expect of a bigger car. In standard trim, at least, the A1 isn’t aiming for the same driver appeal of a Mini or even a Ford Fiesta. For body control and handling response, it’s certainly a closer match for a Seat Ibiza than a VW Polo – so it’s plainly not soft or laid back. But it’s not desperately agile or absorbing either.

The car has that slow initial steering response you expect of German cars, so you need to get a good fifth of a turn of lock applied before it really starts to rotate. But when it does, the car feels small and light and corners flat and keen, with a good balance of grip, and even a little bit of fun factor if you go looking for it. This is a predictably ‘Audi’, rounded dynamic compromise, then. Not a car to make you as enthused as a Mini Cooper might – but not one to test your patience with its terrierish character either.

The VW Group’s 1.0-litre, three-cylinder turbocharged engine operates with a distant but detectable three-cylinder thrum, but it makes useful torque at accessible crankspeeds and seemed to this tester to give the A1 a very respectable outright turn of outright speed. It also revs willingly enough; it doesn’t get coarser as it’s called to really work; and it works through a manual gearbox with a snicketty and precise feel, whose well-defined, solid-feeling shift quality you can linger over if you want to – or that you can confidently rush through the gate when occasion calls for it.

A Mini Cooper’s 1.5-litre turbo triple is probably a better engine in outright terms – but if that engine’s wider ‘Mini’ packaging leaves you looking for alternatives, you won’t find much to object to here. And if you want more power, or to avoid that three-cylinder thrum, Audi allows for that with the 1.5-litre ‘35 TFSI’ A1. 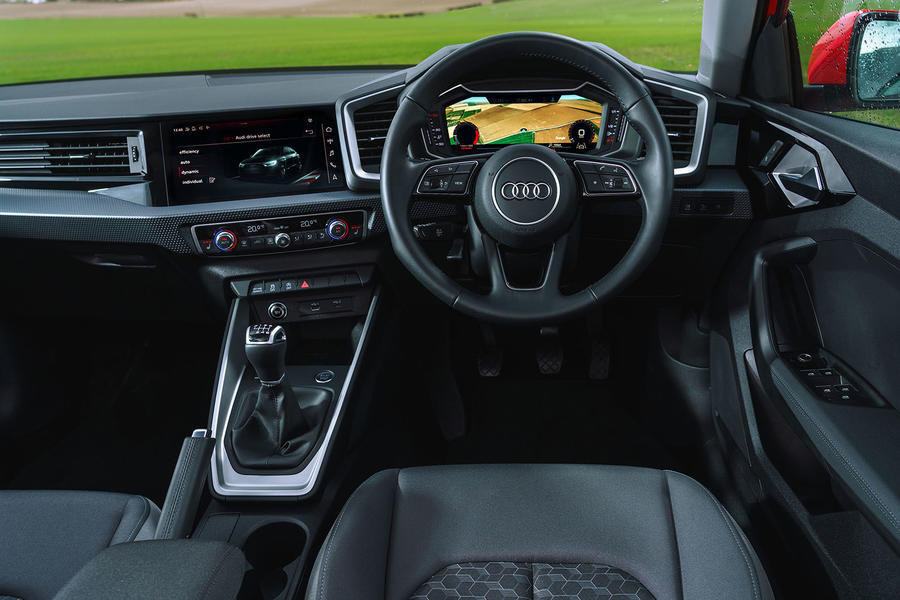 The Audi A1 Sportback amounts to an unusual upmarket supermini. Larger dimensions and that larger interior help to make it more class-competitive for practicality, and the car’s styling will endear it to some.

But, even in this second-generation form, I’m not sure it stands up as a totally convincing product in its own right. The A1 will probably make the most sense as an ownership proposition as a kind of complementary good; when parked on a suburban driveway next to an Audi A4, Audi A6 or Audi Q5.

As long as you’ve been led to the brand by another car, then, and you need a smaller, cheaper option as well, you might like it for the same reasons you like your other Audi. This is a car of readily apparent substance and some technological sophistication, that’s polished, reassuring, refined and rounded to drive; and some will consider that worth paying what is a fairly significant premium for.

But if you want a small car that’s big on desirability, personality and verve, I’m not sure the A1 will do much for you. By and large, I think the best small cars make up for their diminutive size with an enlarged and distinctive sense of self. And while that may really be the only thing this Audi is still missing, for a premium supermini it's a fairly crucial thing. 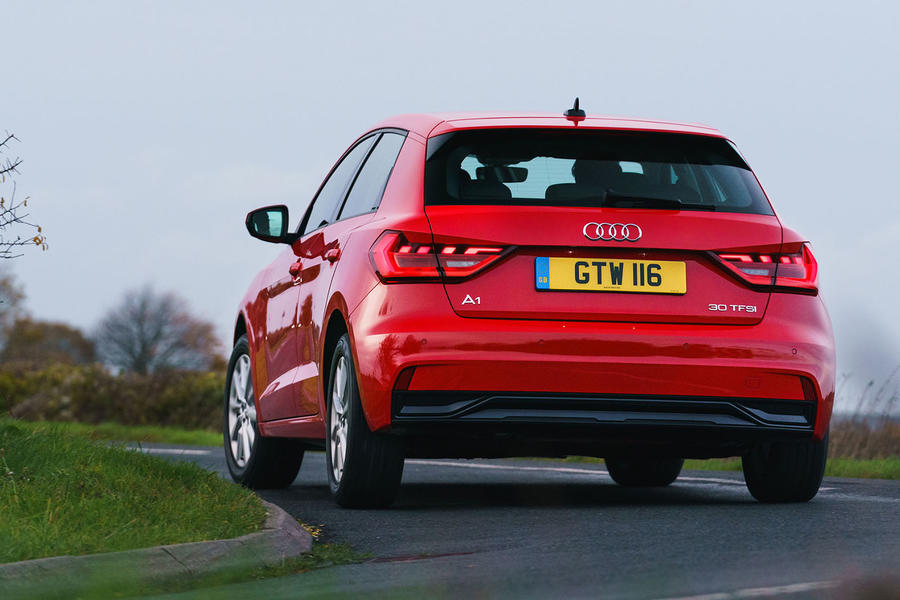 Nowhere near as distinctive as the previous A1 - which I think still looks good. This feels much more like a Fabia than any Audi - and given how premium the previous car's interior felt, this one with its scratchy, hard plastics is anything but premium. By not offering a diesel they've also alienated a whole bunch of long-distance commuters. Thanks, but next.

Nowhere near as distinctive as the previous A1 - which I think still looks good. This feels much more like a Fabia than any Audi - and given how premium the previous car's interior felt, this one with its scratchy, hard plastics is anything but premium. By not offering a diesel they've also alienated a whole bunch of long-distance commuters. Thanks, but next.

To be fair, they aren't the only ones dropping diesel. Mini no longer offer a diesel option in the hatch. I'd imagine that the market for this size of car is getting smaller, to the point it no longer makes financial sense.

Just look at the utterly

Absurdely overpriced Polo, particularly considering the SEAT-badged version looks every bit as sharp and this Audi-'design' interior look like the SEAT Leon's...  Added to which, a more powerful and quicker Mini Cooper 5dr is £2000 less. Eigentor fuer Ingolstadt!

...the Polo is also somewhat

...the Polo is also somewhat overpriced next to the SEAT Ibiza!

...the Polo is also somewhat overpriced next to the SEAT Ibiza!

Quite. Just buy one of those, get all the good bits of this car and save some money. Looks better too.