7
Great for slowly wafting about, hoovering up the stares, but the driving experience fails to deliver on the promise of those remarkable looks
Open gallery
Close

Ultimately, there’s a bloke called Max Hoffman who’s to blame for this.

He’s the man who imported Porsches into America in the 1950s and who advised the factory that what was needed over there was a stripped-out, cut-down version of the 356 looking as racy as possible. In that moment, both the name and the cult of the Speedster was born. And there have been plenty since, whether they’ve been called it or not.

The roofless supercar speedster concept is more recent, dating back I guess to the Mercedes-Benz SLR McLaren Stirling Moss of 2009, but this is Aston Martin’s first unless, of course, you count the 2013 CC100 concept from which much of its style is clearly derived. This Speedster costs £765,000, just 88 will be built and a ‘handful’ remain available well over a year after its announcement. Sign of the times I guess.

I wish you could see it for real, because even the best pictures fail to do justice to the car’s visual impact. But the Speedster’s not just got presence: it’s beautiful, too.

The whole is stunning but it’s the details you really pick up on: the carbon wing vents, the gorgeous embroidered headrests, inner door skins that are a work of art by themselves, those clear panels in the double-bubble rear deck… I could go on, probably for the rest of this story, but you get the picture.

But what, exactly, is the Speedster? In mechanical terms, it’s what you get after a DBS and Vantage emerge from round the back of the bike sheds looking slightly smug, a touch red in the cheek and rearranging their outer garments. About a year’s worth of development later, out pops the Speedster. Genetically, it owes most of its structure aft of the A-pillar to the Vantage, while forward of that point is pure DBS, including its 5.2-litre, twin-turbo V12 engine.

The DBS also donates its suspension and carbon-ceramic brakes, but not its gearbox because that’s from the DB11. This is significant because the Vantage ’box isn’t strong enough to deal with the DBS’s monster torque, so while it has most of the power (690bhp versus 715bhp for the DBS), its torque is over 100lb ft shy of the uncorked DBS motor's. 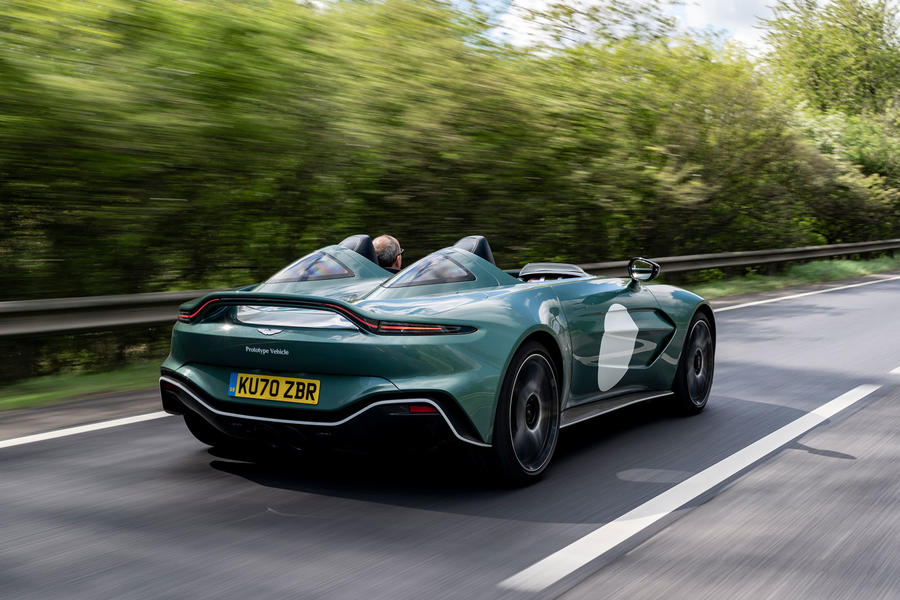 Don’t let those looks seduce you into thinking that this is some kind of superlight, track-hardened tearaway. It’s not. The Speedster retains grand touring suspension settings, it’s still pretty heavy despite its carbonfibre bodywork - at 1765kg - and it is equipped with all modern conveniences.

Apart from a roof and windscreen. You spotted that, didn’t you? In practicality terms, a Caterham is a Toyota Previa by comparison. This is not a car to get you from A to B, but from A, to somewhere you’re likely to be seen, and back to A again.

You’ll want it to be warm and sunny (although the heating is fine and the seat warmers quite excellent) and you’ll probably agonise over whether to wear the tailor-made helmet that comes with the car. There’s a 'risk to reward' thing going on here: look (relatively) normal but risk fielding a stone with your forehead, or risk looking a bit of a twit and sigh with relief as the gravel bounces off your lid. I took the former option and survived.

To drive, the Speedster is very much a cruiser. Disappointed? Me, too, slightly. It rides well but you notice the missing torque. Its steering feels more approximate than that of a DBS coupé, probably because the structure is heavier and less structurally stiff, and there’s little about its dynamic make-up that makes you want to throw it around. It’s just not that kind of car.

Which, actually, is fine once you’ve realised. But you can’t hear the V12 at speed, and that’s not: for a car that is all about the theatrical and sense of occasion, it’s a badly missed trick. 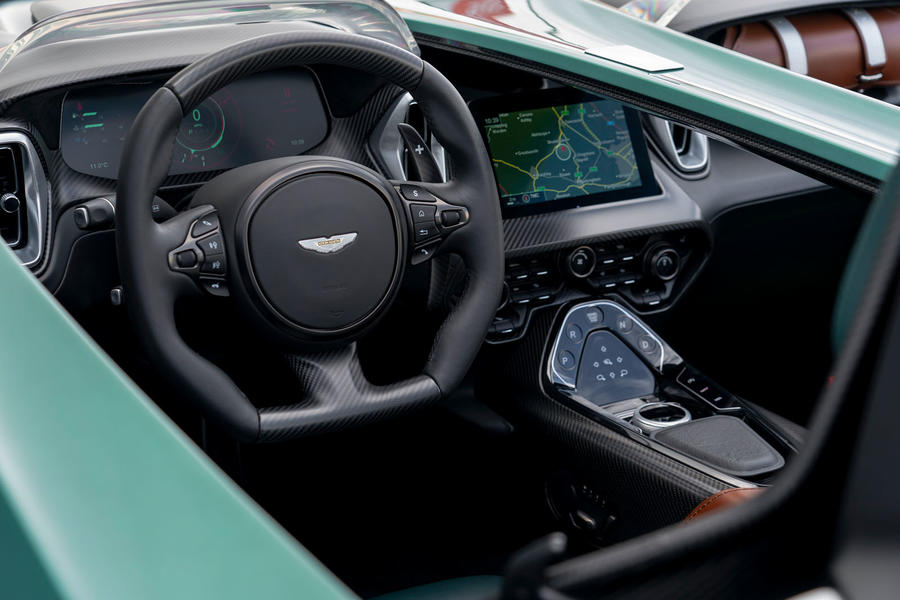 So, no, the Speedster is not a raw driving machine. For all its power, this is a car more about show than go, not least because, even at 70mph, it gets pretty blustery in there.

I can see the sort of person who buys one: they love the aesthetic, may already have a DBS, and some hardcore supercars, too. The Speedster would come out rarely, but for a certain sort of journey – warm, dry, not too long, not too fast but maybe with some suitably rugged scenery, it could be just the ticket.

I’m just not that person, nor would I be if I could afford it. If you are and you can, fair play to you. 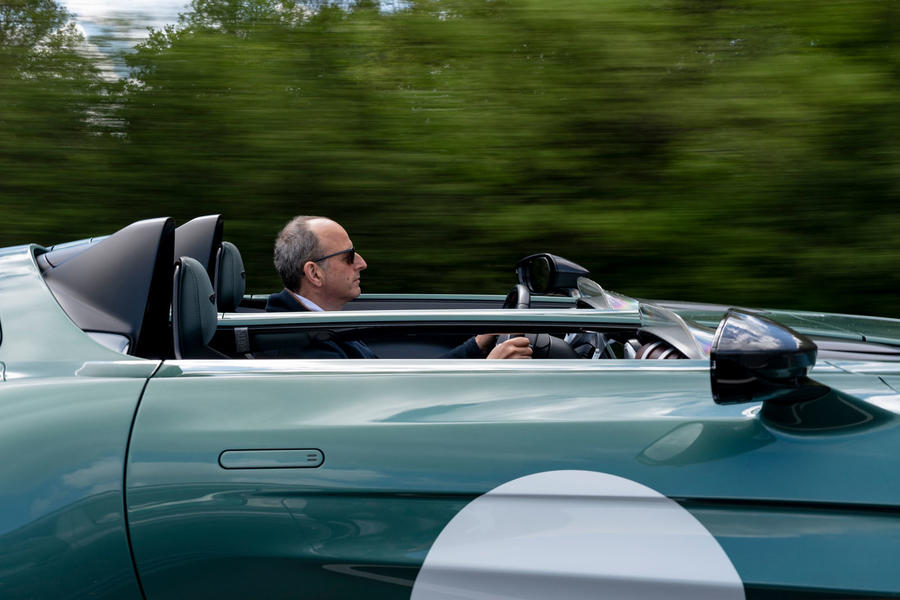 Surely it doesnt matter if this car is totally impracticle and uber expensive. Its an HALO model, and if AML can sell 88 of them and they surely will it will fill their coffers,and good luck to them. Surely its an exercise in what they can build at the hyper end of the spectrum, and we should all be proud that British designers, engineers and assembly line workers can still do this kind of thing before UK manufacturing totally disappears because all you knobs keep buying BMWs. Car manufacturers need HALO models, look at Vauxhall, they havent got an HALO model and as a result nobodys buying their cars.

What an utter waste of money.