9
Share review
Aston removes the roof from its super-GT coupe, to create the DBS Superleggera Volante, with more than 700 horsepower and a price of nearly £250,000
Share
Open gallery
Close

This might be one of those ‘how much is too much?’ pieces. Ever wondered what 715bhp in a grand touring convertible would feel like? Wonder no more. This is the Aston Martin DBS Superleggera Volante.

I suppose Aston might take issue with the phrase ‘grand touring convertible’. The DBS Superleggera, in coupé form at least, is more of a super-GT than a regular grand tourer – and there should be a distinction between the two, I think – so it’s meant to be rather more sporting than a conventional GT car, which is a role the DB11 is designed to fill.

However, they look similar and the V12 DB11 AMR is already flippin' fast and quite super. So maybe creating a big differentiation between models – something Aston had problems achieving with its previous generation of cars – is going to have to wait until an SUV and mid-engined cars arrive.

Meanwhile, in soft-top form, the DB11 can be had only with an AMG-sourced V8 engine, and not the DBS’s home-grown V12. Imagine, then, Ferrari removing the roof from an 812 Superfast and you get an idea of what Aston is trying to do with the DBS Volante.

Aston’s V12 is twin-turbocharged and has a capacity of 5.2 litres. It drives the rear wheels through an eight-speed torque-converter automatic gearbox – different from the one in the DB11 – to handle the extra torque.

The numbers are pretty heady. The DBS’s 715bhp comes in at 6500rpm but there’s 663lb ft of torque, available from just 1800rpm, suggesting that this isn’t an engine you’ll need to work very hard. If you do, it’ll hit 62mph in 3.6sec and go on to 211mph, even with the roof down, in the unlikely event you’ll want to try that.

At speeds of less than 30mph, you can draw the electrically operated roof up or down while you’re moving. Open up the bonnet or boot and you’ll spot that lots of the DBS is made from carbonfibre. Even so, the DBS Superleggera, or ‘superlight’, weighs 1863kg. This is a big car, remember. And it costs £247,500 before options. 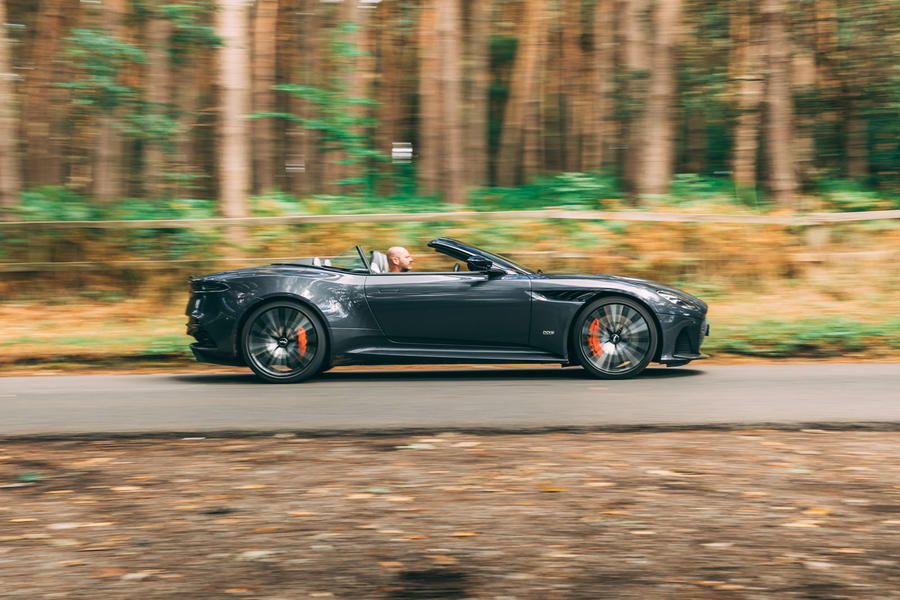 Inside, the DBS Volante isn't dissimilar to the DB11 Volante – a bit of a worry, given that it costs almost £87,000 more.

Mostly the DBS feels lovely inside, with great leather, but the instrument graphics are a bit ZX Spectrum and the air vents shouldn’t be this plasticky. The similarities extend to a Mercedes-based infotainment system from a generation or so ago; it’s easy to use but doesn’t mate to a smartphone with as much ease as it should.

There are +2 rear seats, likely to go mostly unused, but I put four adults in all four of the DBS’s chairs to see what it’d be like. It’s doable, if the driver sits close to the wheel, and it’s easier with the roof down. This isn’t a four-seater like a Rolls-Royce, but it isn’t meant to be.

From the wheel, you can select different suspension stiffnesses and different levels of engine/gearbox/exhaust response. Full soft on the suspension is best on the road, where it’s really nicely damped and controlled. It’s more GT than super-GT, I’d say, but you’d not often tell it’s a convertible from the way it drives; the steering doesn’t shimmy, although a very occasional tremor is noticeable in the rear-view mirror.

Meanwhile, full angry on the engine is best, as long as you take control of the gear selection yourself via the paddle shifters – otherwise the DBS really thinks you mean business and selects an annoyingly low gear all the time, as if you’re on a hot lap. You won’t be. What’s really enjoyable is slipping the roof down and making the most of the noise the DBS makes through the mid-range, with satisfying gurgles on the overrun. Driving a car like this on a warm night on empty country roads is really special.

And the handling is good. We didn’t take the DBS Volante on track – who will? – but there’s a pleasing poise and balance to it, with moderately weighted and geared, accurate steering, in the best kind of front-engined, rear-drive fashion. 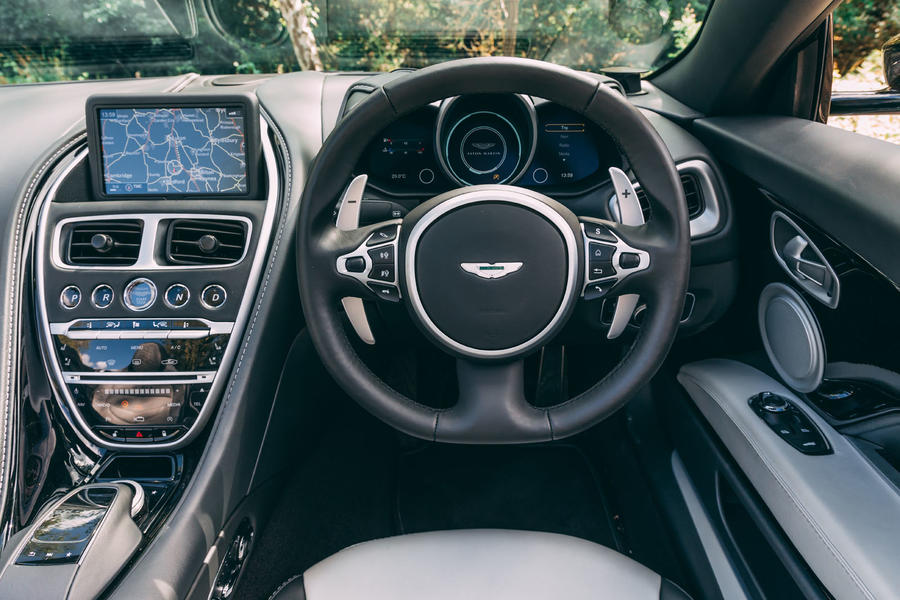 It’s not that easy to make a purely objective case for the DBS Superleggera Volante. I mean, line up seven superminis alongside each other and you can pitch one’s boot space against another’s price tag and end up with a verdict. This is way more subjective.

The DBS wants a big premium for a turn of speed and an intoxicating exhaust note, then. But what I can say is that, if you were considering what the best car would be to take on a week-long, two-up luxury driving holiday, I don’t think you’d find much, if anything, on sale that would be better. There's objective merit in that. 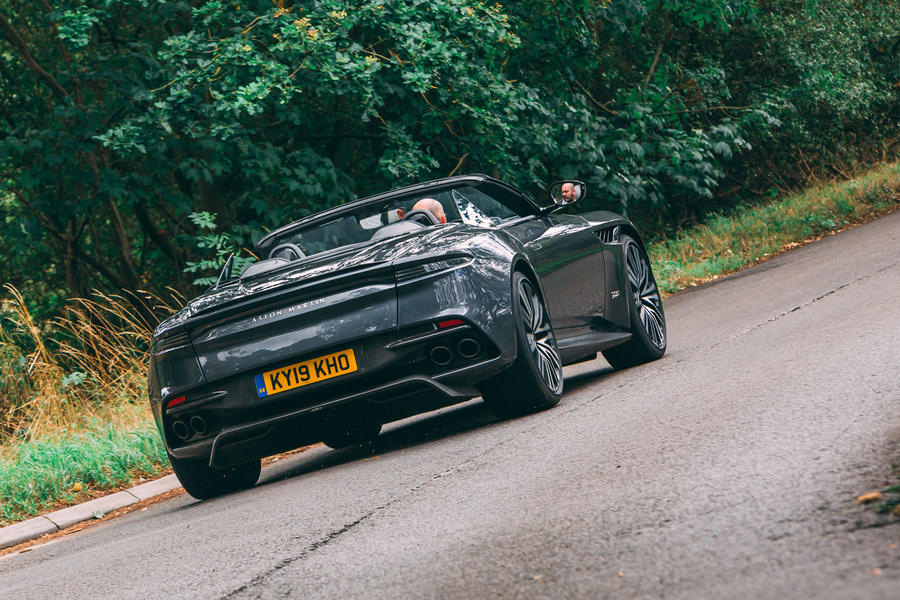 This DBS Volante proves again that Aston Martin build the most beautiful cars in the world.

But it needs a Bentley facia.